From an early age, McClelland showed a passion for competitive swimming, an energy for training hard and a desire to be the fastest swimmer in the … 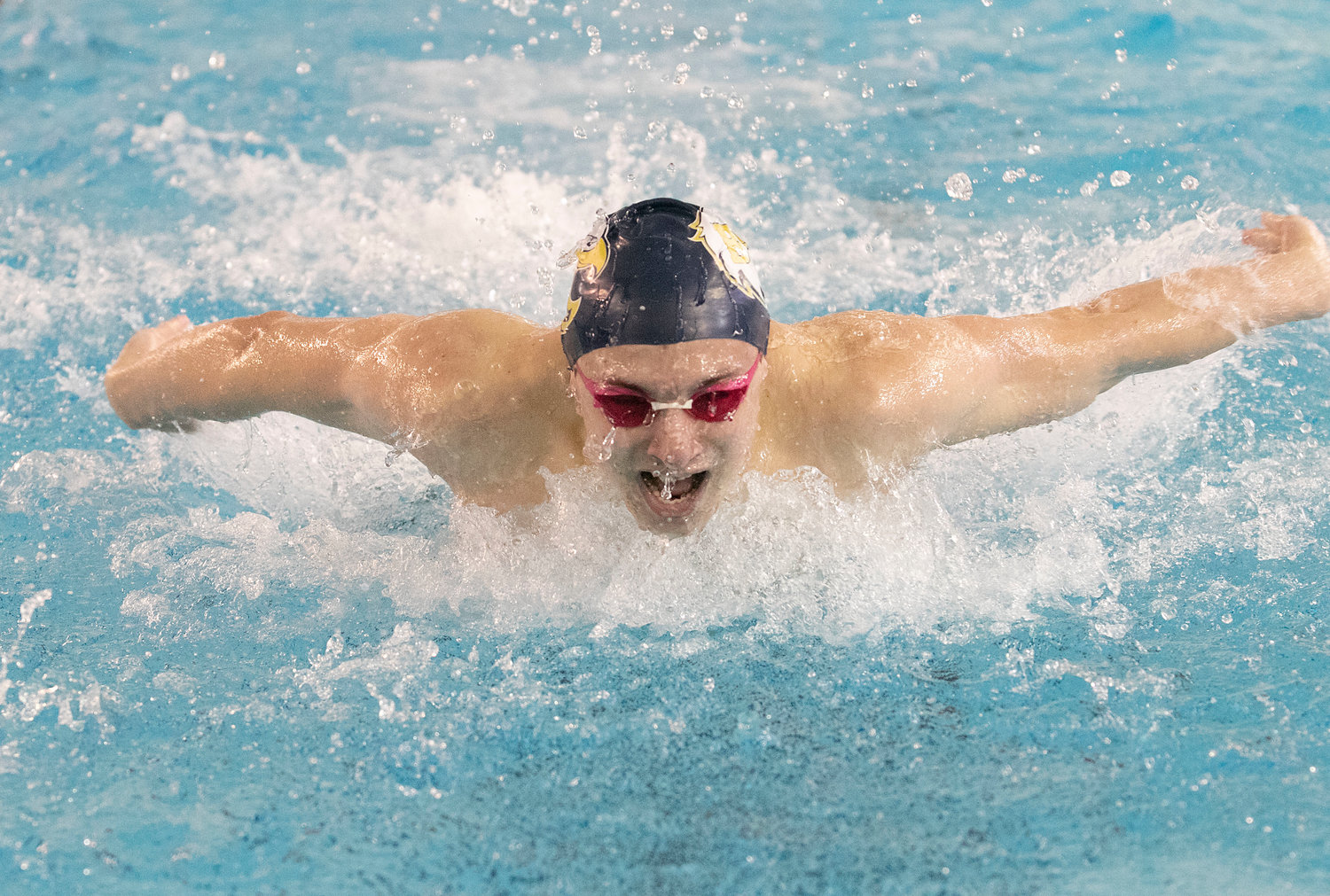 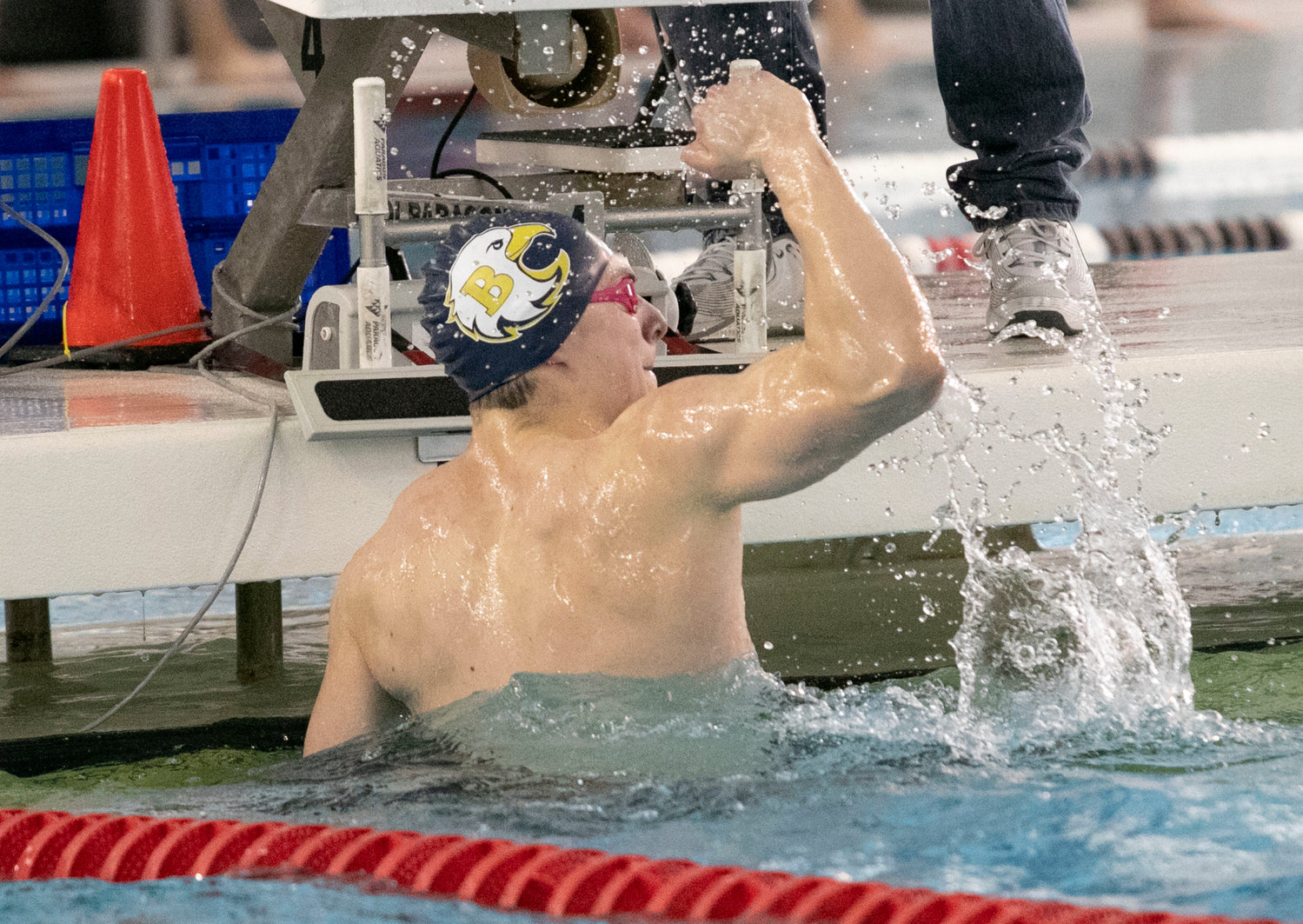 From an early age, McClelland showed a passion for competitive swimming, an energy for training hard and a desire to be the fastest swimmer in the pool.

As a junior at Barrington High School last year, McClelland established himself as one of the fastest swimmers in the state. At the RI High School State Championship meet, McClelland set a state record in the 50-freestyle (20.97, topping the prior mark of 21.17) and swam a leg for the Eagles’ state record-setting 200-yard free relay team (1:27.75, eclipsing the previous mark of 1:28.46).

In addition, McClelland finished second in the 100-yard butterfly at states and paced the 400-yard free relay team to a second place finish.

Now a senior at BHS, McClelland has grown even faster, and his times in the pool have not gone unnoticed.

Recruited by a number of colleges, McClelland recently committed to the Dartmouth College men’s swim team.

“I’m super excited,” said McClelland, about his decision to swim for Dartmouth next year. “The environment there will be really good for me to grow as a person.”

McClelland started swimming when he was about five years old, and it was not long before his mom, Audrey McClelland, noticed his love for the sport.

“And he is a fast swimmer…”

She said William practiced hard, pushing himself to get better each day. He led his teams by example, and when he joined the Gators club team, McClelland really started to shine.

He cut into his fastest times and began qualifying for some of the top competitions in the country. He was named to Scholastic All-American teams, earned top-2 and -3 rankings in New Englands and posted times that drew in college coaches, including those from Williams, MIT and Columbia.

“I’ve made a lot of progress in the last two years,” McClelland said, adding that he had had more opportunities to train since joining the Gators.

His mother said William’s move to the Gators coincided with his decision to get very serious about his swimming, to see how far he could excel.

“He made the decision himself,” she said, “he wanted to take swimming to another level.

“William has always been motivated to be the best version of himself.”

At a key meet in July, McClelland hit some impressive times in his events. Two weeks later, the coach at Dartmouth called and offered him a spot on the team.

In addition to being a strong swimmer, McClelland is also a standout in the classroom. He maintains a 4.18 grade point average (on a 4.33 GPA scale) at Barrington High School. This year he is taking four Advanced Placement courses; he took three AP courses last year. McClelland said he plans to study economics at Dartmouth College.

“I’ll be competitive with the kids they’re recruiting,” McClelland said of his Dartmouth team.

McClelland said he is looking forward to the upcoming high school swim season and the challenges he will face at Dartmouth.

“I don’t see it as pressure. I see it as an opportunity,” he said.

In the pool, Lions are no match for Eagles