Via unanimous vote in support of a resolution at its April 5 meeting, the City Council formally acknowledged East Providence as being part of the historic “Sowams” area, the ancestral … 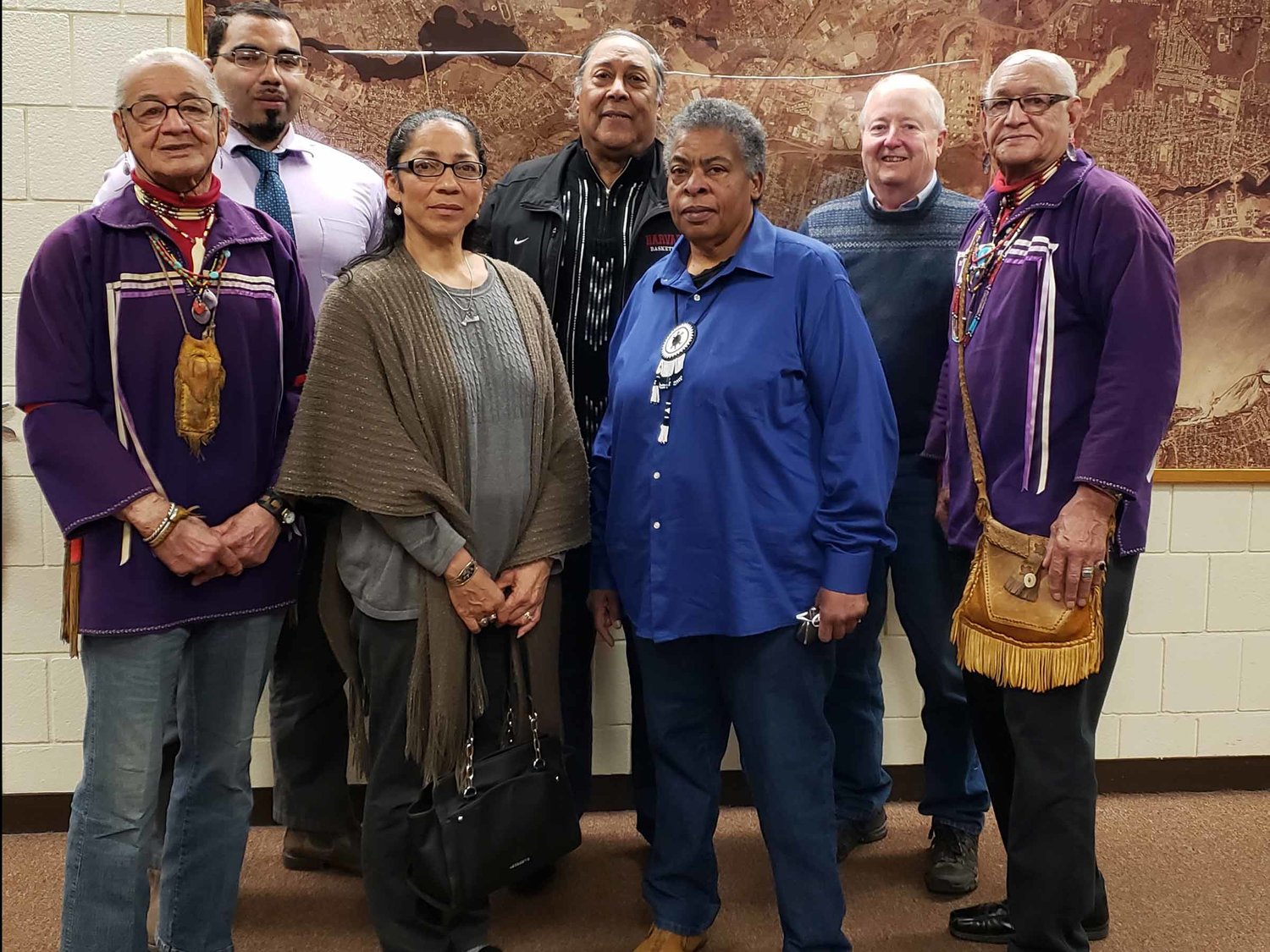 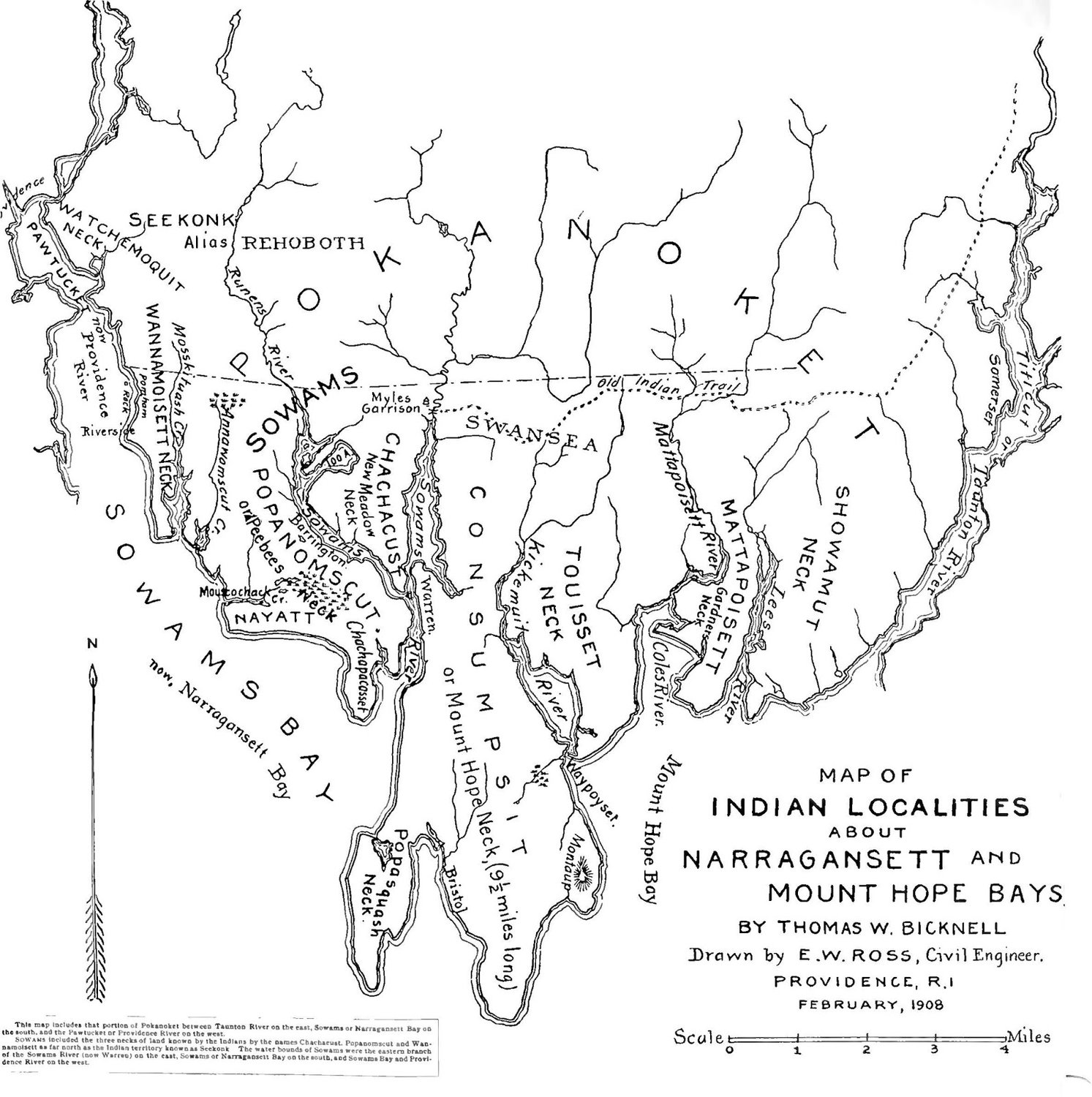 A historic map of the Sowams area. 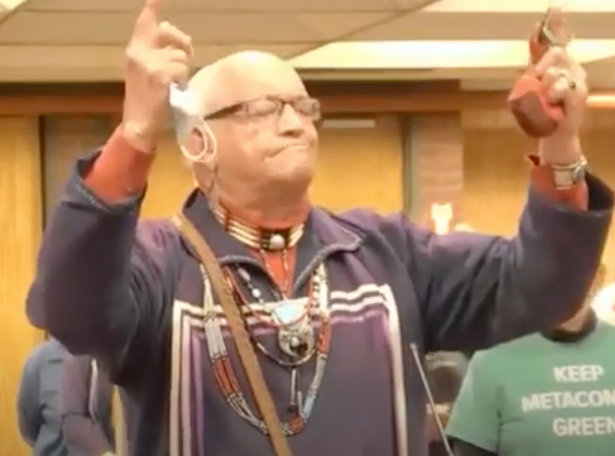 Via unanimous vote in support of a resolution at its April 5 meeting, the City Council formally acknowledged East Providence as being part of the historic “Sowams” area, the ancestral home of the Pokanoket Tribe.

Members of the tribe, including city native Harry “The Hawk” Edmonds, spoke prior to the vote, which was placed on the agenda by At-Large member Bob Rodericks and Ward 3’s Nate Cahoon.

Edmonds, who grew up here and became a star basketball player at East Providence High School in the 1950s, offered a sacred tobacco prayer as part of the proceedings.

The resolution read: “East Providence is one of several Rhode Island cities and towns within the Sowams Heritage Area; and Sowams is the ancestral home of the Pokanoket tribe, where they lived and thrived for the nearly 12,000 years between the last glacial retreat and the establishment of European colonies in New England; and Sowams is historically significant as a cultural nexus between Indigenous and European peoples.”

East Providence became the latest municipality in the upper East Bay to formally acknowledged the city’s ancestoral ties to native peoples, joining the previous resolutions approved by the towns of Barrington and Warren.

The resolution locally also included the following historical notes to be displayed at all future council meetings:
“Welcome to Sowams, the ancestral home of the Pokanoket people for ten thousand (10,000) years prior to settler colonization. We pay tribute to the tribal elders and people of this community who served and continue to serve as stewards of the lands and waterways of Rhode Island and Massachusetts. We recognize the unique and enduring relationship that exists between Indigenous People and their traditional territories. We acknowledge that our community was a part of the larger ancestral homeland of the Pokanoket Tribe/Pokanoket Nation.”

Speaking for the tribe, Pokanoket Sachem Dancing Star said, “Sowams, which East Providence is a part of, is such an amazing and important part of the history of this country. The people who live in East Providence need to know that and be educated on that…In doing that, it builds pride, it builds community.”

Later in the program, Sagamore Dr. William “Winds of Thunder” Guy also described some of the history of the Tribe and thanked the council for having members of the Tribe address them.

According to the literature of the Sowams Heritage Area Project, was deemed a “garden” by Miles Standish and prized for its rich soil, abundant wildlife and access to the water. A treaty in 1621 between the Pokanoket Tribe and the Plymouth Colony set in place a 50-year period of peaceful relations. The relationships, though, began to deteriorate upon the death of Chief Massasoit in 1661, leading to the devastating two-year King Philip War and the eventual colonial control of the land.

The project text notes over the next 150 years, the towns of Barrington, Bristol, East Providence, Providence, Rehoboth, Seekonk, Swansea and Warren were mapped out in what was once Sowams, and nearly all traces of its original inhabitants were erased. What followed were years of continual development, the growth of towns and the gradual loss of much of the original natural abundance that the colonist first encountered.

“The significance of the addition of East Providence to the towns of Warren and Barrington to those who have passed land acknowledgement statements is that it clarifies the history of Sowams as the homeland of the Pokanoket Massasoit Ousamequin who welcomed the Pilgrims in 1621,” David S. Weed, coordinator of Sowams Project, said after the meeting.

The Sowams Heritage Area Project was created in part to educate the broader larger and advocate for the histories of the native peoples of the area be acknowledged more broadly.

Weed continued, “While historians have confirmed this, it is not widely known among those who live in these communities. These actions will help us move to creating a National Heritage Area that will tell that story.”

For more information on the effort visit sowamsheritagearea.org.