After nearly a decade as the Nayatt School principal, Tracey Learned is stepping down.

Ms. Learned announced recently that she was resigning from her position in Barrington and will soon start a … 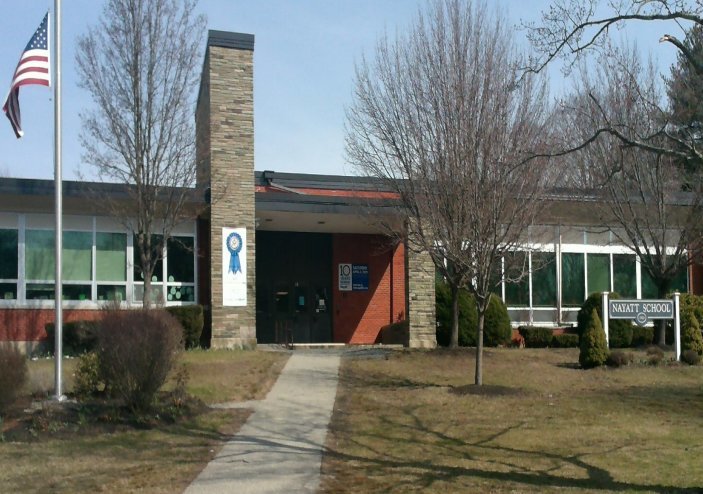 Tracey Learned has served as principal at Nayatt School for nearly 10 years. She recently announced her resignation.
Posted Monday, October 18, 2021 11:14 am

The tremendous support and positive feedback I have received from the Nayatt Community inspired me to take on this next step in my career.”
Nayatt Principal Tracey Learned
By Josh Bickford

After nearly a decade as the Nayatt School principal, Tracey Learned is stepping down.

Ms. Learned announced recently that she was resigning from her position in Barrington and will soon start a new job working as an administrator for the Providence Public School Department. Ms. Learned’s last day at Nayatt School is Friday, Oct. 22.

Ms. Learned said her decision to leave Barrington was both personal and professional.

“As an educator, I am a lifelong learner and there are definitely opportunities I want to explore,” she wrote in an email to the Barrington Times. “…Providence has a strong Turn Around Plan and I have worked with talented teachers and administrators in Providence through professional development and professional groups. The tremendous support and positive feedback I have received from the Nayatt Community inspired me to take on this next step in my career. The Providence Public Schools face some unique challenges as a Turnaround District and I really want to be part of this work.”

He said the district was already building a search committee to find a new principal for Hampden Meadows School, as Tracey McGee resigned from that post more than a month ago. Mr. Messore said that once that work was complete he would begin the search process for a new Nayatt School principal.

In the interim, former Hampden Meadows School assistant principal Gino Sangiuliano has stepped up as principal at HMS. Mr. Messore said he has also lined up an interim principal — Dennis Fernandes — to lead Nayatt School once Ms. Learned leaves this Friday.

“He’s been in education his whole life,” Mr. Messore said of Mr. Fernandes, adding that he also filled in as an interim assistant principal at Barrington Middle School in the past. “I talked to him… he’s good to go.”

Mr. Messore said he had not been expecting Ms. Learned’s resignation at Nayatt School. He said she emailed her letter of resignation to him on Friday, Oct. 8, and gave two weeks notice of her departure.

“The timings not great, obviously,” Mr. Messore said. “But it is what it is. We’ll go forward.”

Ms. Learned has been a leader with the Nayatt School community for almost 10 years.

“It has been amazing to work with the Nayatt Community over almost a decade,” she wrote. “I have learned and grown so much from the intelligent, hard working and dedicated teachers, staff, and parents. We have truly partnered in the best interest of our students. The feedback, support, and collaboration have led to so many successes for Nayatt School such as the National Blue Ribbon Award for academic excellence, the highest math test scores in RICAS, and continued improvement in our relationship between home and school. US News and World Report ranked Nayatt and other schools in Barrington in the top among 80,000 schools in the country. The Nayatt teachers and all of teachers throughout Barrington deserve the national recognition of their talent in educating students.”

Ms. Learned wrote that she has truly enjoyed working each day with the students and families of Nayatt School. She also enjoyed collaborating with the district’s other administrators and building leaders.

“My greatest joy has been my interactions with the children throughout the day, being a principal is the best job,” she wrote. “Even when I have to deal with a behavioral infraction, it is an opportunity to connect with a child and make a difference. I will miss my collaboration with Mrs. (Pat) Tolento from Primrose and Mr. (Jim) Callahan from Sowams. They are wonderful colleagues, I value their insights, experience and support in our collaborative efforts to be agents of improvement.”

Mr. Messore praised Ms. Learned for her work at Nayatt and across the district. He said Ms. Learned was one of his first hires when he began working as superintendent in Barrington.

“She’s done a lot of work to make good connections with the parents’ community, with the staff,” he said. “The students perform well… She’s always put Nayatt as her number one commitment.”