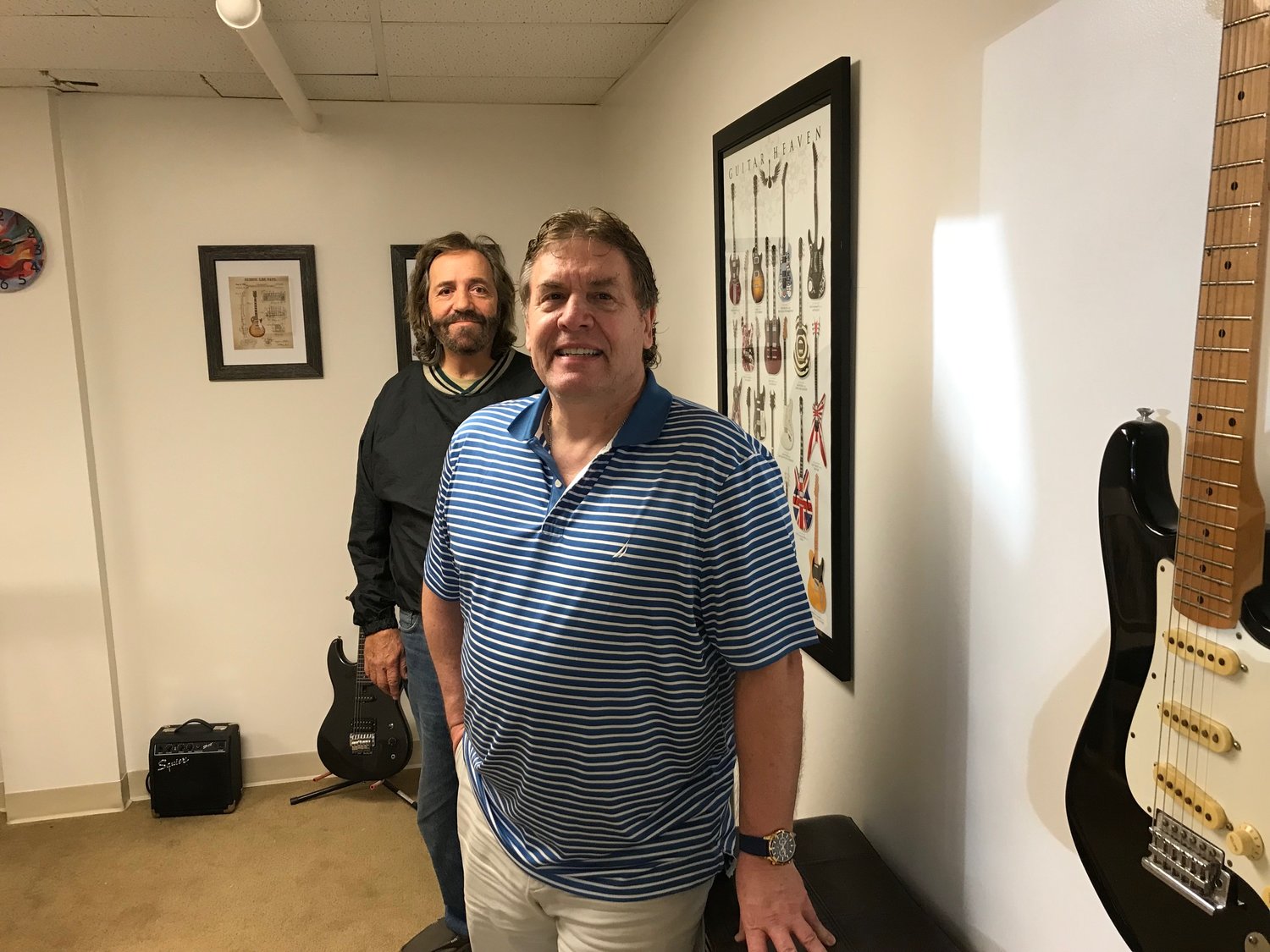 And it is that love of music that led the longtime Barrington residents to recently open East Bay Music Studio and Recording inside the office building at 310 Maple Ave.

Mr. DeSisto and Mr. Ferguson have known each other for many years. They both grew up in town — “I knew Tom from the Barrington Y when we did the day camp. That was the old days,” Mr. Ferguson said. “This does go back a ways.”

Over the years they kept in touch, and recently, after Mr. Ferguson moved back to the area after living on the West Coast, the two decided to open the music studio.

Mr. DeSisto said the idea behind opening the studio was simple — they wanted to create an inviting environment for anyone interested in music: People who used to play but got busy raising kids or working; newcomers who always wanted to learn an instrument; children who are looking for a fun activity.

“We’ve been talking about finding a place for a year and a half,” Mr. DeSisto said during a recent interview.

The interior of the studio offers a sharp contrast from the bland hallways of the office building. In one room there is an inviting couch and chairs. Guitars and artwork cover the walls. Recording equipment fills the connected studio space.

Mr. DeSisto and Mr. Ferguson said their studio feels a lot like a living room.

“Everyone who comes in here has given great reviews,” Mr. DeSisto said.

Mr. Ferguson loves the studio space. He has been working as a music instructor for many years and has brought some of his existing students into the space as he continues teaching. He has taught people of all ages.

“I’ve taught people in their sixties and seventies, even eighties,” Mr. Ferguson said, adding that he also teaches plenty of children.

“Once you get a taste for playing, even though it’s hard work … you feel good about yourself,” he said.

Mr. DeSisto said he wants people to check out the studio, even people who are not quite sure how serious they are about playing music.

“We’re not going to charge you to walk in the door and play,” he said. “See what you can do.”

Mr. Ferguson added: “You won’t know until you get on it and play again.”

Mr. DeSisto said East Bay Music Studio and Recording is also available for people who want to record a special song or jingle or message for someone else.