She moved from BHS to SLS

For more than a decade, Nicole Varone served as an assistant principal at Barrington High School.

But next month she will set out on a new journey, filling the role of principal at St. Luke's …

She moved from BHS to SLS 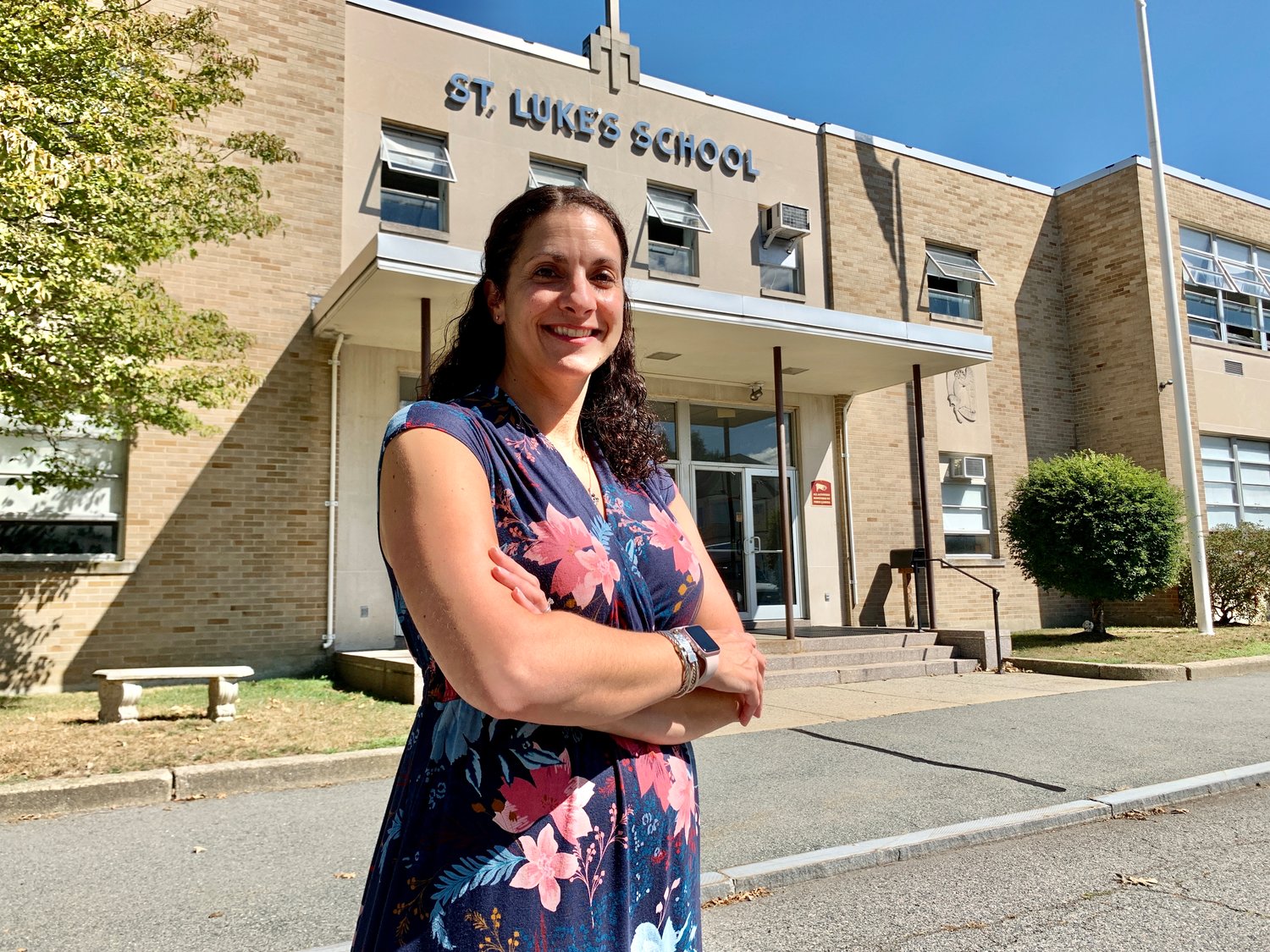 For 17 years, Nicole Varone was a key contributor at Barrington High School, first as a teacher and more recently as an assistant principal. This month she accepted a new job: Principal at St. Luke's School.
Posted Thursday, August 27, 2020 8:41 am
By Josh Bickford

For more than a decade, Nicole Varone served as an assistant principal at Barrington High School.

But next month she will set out on a new journey, filling the role of principal at St. Luke's School. Ms. Varone was selected for the position after the local private Catholic school conducted a rigorous search.

Ms. Varone said she is very excited about her opportunity to help lead St. Luke's School, but will miss her former colleagues at Barrington High School and across the district.

"The friendships I have made and the life events that many of us have shared together are innumerable," Ms. Varone wrote in a recent email to the Times. "I have established many professional relationships in my time at BHS that I will continue to rely upon in the next chapter of my career. I have learned so much from the administrative staff and faculty. Now it is time for a new challenge for me and the next step in my career…"

St. Luke's Pastor Father Tim Reilly said the committee deserves credit for the hard work it did to locate "the perfect candidate and match for our school."

Ms. Varone, who lives in Barrington, is also a parishioner at St. Luke's Church. She said that while she will miss her colleagues at the high school, she is very excited to begin her work at St. Luke's School.

"Although this road has been extremely bittersweet to say the least, I know that this opportunity is a great one," she wrote.

Ms. Varone has never worked in a Catholic school before, having spent the last 17 years at the local high school.

"However, I spent six years at Providence College and applied for the PACT (Providence Alliance for Catholic Teachers) program upon graduation. I have always been drawn to the Catholic school setting and I’m happy to say I am finally able to do so."

Barrington Superintendent of Schools Michael Messore said he is very confident that Ms. Varone will do a great job leading St. Luke's School. Mr. Messore and Ms. Varone were assistant principals at the same time in the district.

"It's a big loss for the district," Mr. Messore said, of Ms. Varone's move to St. Luke's. "She played a big role at the high school, and not just with the students. It was also the support she gave to (Barrington High School Principal) Joe (Hurley). She's just a great team player."

Mr. Messore said that while he will miss Ms. Varone and her contributions to the local public schools, he is happy for her as she sets out on a new adventure.

Mr. Messore offered a snapshot at the talents and skills Ms. Varone exhibited while at Barrington schools: He said she was very calm and not over-reactionary; she is a great problem-solver, and she always worked with the best interests of her students as her top priority.

In addition to settling in as the new principal at St. Luke's School, Ms. Varone is also helping the school prepare for its re-opening with a new set of guidelines and restrictions.

"It certainly has been extremely challenging preparing for such a unique school year," she wrote. "Health and safety is of the utmost importance in addition to providing our students with a quality faith education both in person or through distance learning."

Initially, St. Luke's School was preparing to welcome back students this week, but recently shifted the plans to a Sept. 14 re-opening. She said St. Luke's School teachers will return on Sept. 8 for a period of professional development.

Barrington Superintendent of Schools Michael Messore said he was shocked to learn that Nicole Varone had taken a new position as principal at St. Luke's School earlier this month. But Mr. Messore did not have a long time to dwell on the unexpected administrative absence. With schools expected to re-open in about a month, Mr. Messore and other officials quickly began a search for Ms. Varone's replacement.

"We have over 50 applicants," Mr. Messore said, during an interview earlier this week. "I've never seen that many before."

So surprised was Mr. Messore about the number of people applying for the opening that he actually double-checked the computer.

The superintendent said a small number of the applicants are in-house, or current Barrington Public School employees. He said the individual who best fits the position's needs will be selected for the job.

Ask the candidates: What's at the top of your agenda?

Ask the candidates: 'Do you support the Option 2b school plan?'