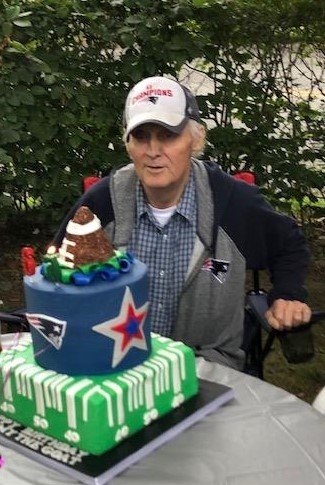 Born in Fall River, Mass., he was the son of the late John Dupre and Catherine (Auld) Dupre.

Thomas worked as a chef for the Atlantic Beach Club, formerly Johnny’s House of Seafood, for 25 years until his retirement in 2003.

A die-hard New England Patriots fan, Thomas was mostly a homebody who enjoyed time spent with his grandchildren, playing dice, bowling, going to the movies and playing card marathons with his family.

Besides his devoted wife, he is survived by his son, John Wooldridge and his wife Jennifer of Pepperell, Mass.; three granddaughters, Juliana, Alexis and Lauren Wooldridge; two siblings, Donald Dupre of Portsmouth and Sandra Dupre Russell and her husband Corey of Barrington; two sister-in-laws, Regina Rice of Newport and Mary Bernard of Fall River; two brother-in-laws, Peter Bernard and Michael Bernard and his wife Kim; six nieces and nephews, Sharon Moreau and her husband Peter, Renee Pinto and her husband Barret, Michaela Burns and her husband Patrick, Robert Dupre and his former wife Colleen, Martin Dupre and his wife Kate and John David Dupre, Nicholas Dupre, Stephen Dupe and Daniel Dupre as well as several other nieces and nephews. Thomas was the brother of the late Kenneth Dupre and brother-in-law of the late Arthur Bernard.