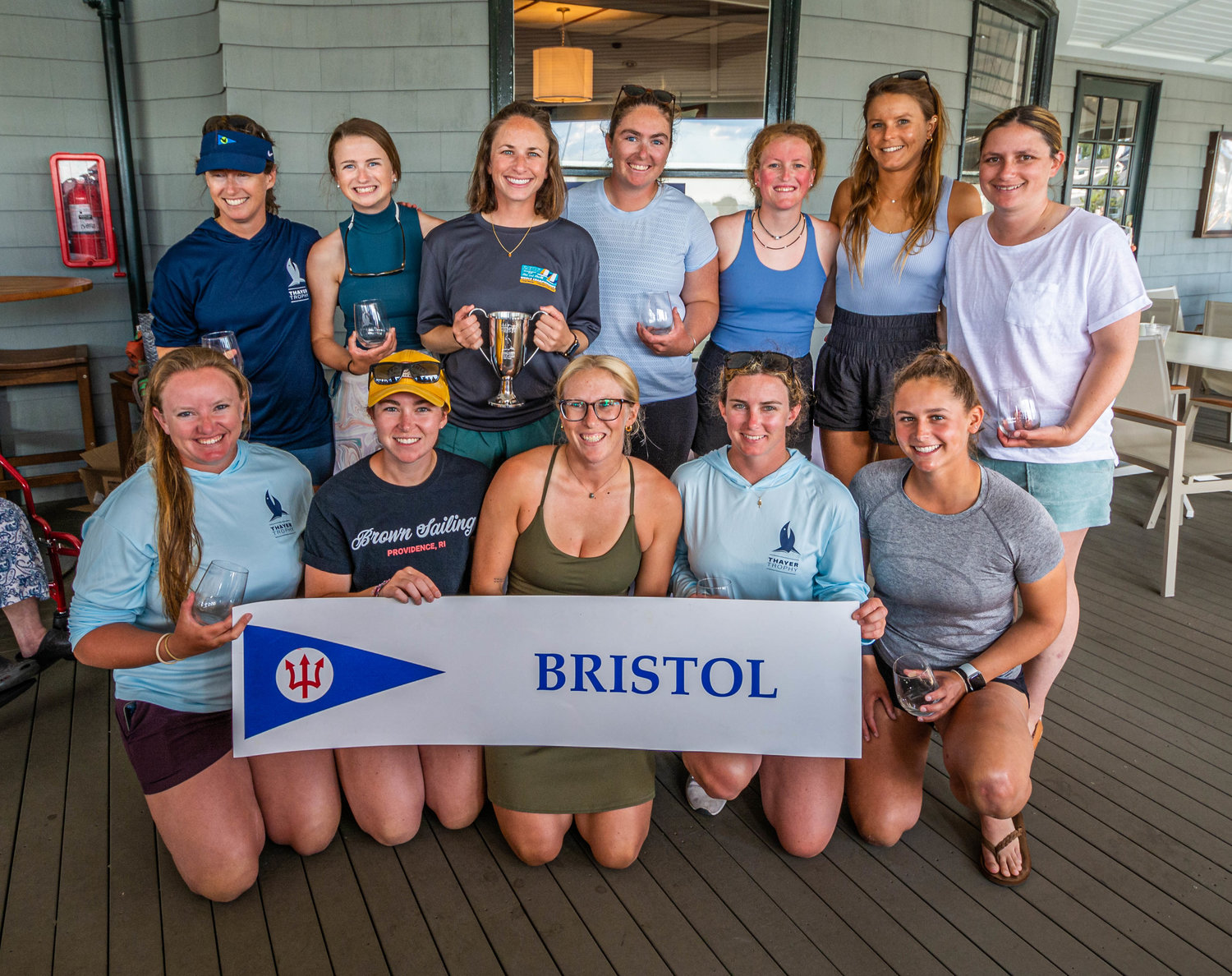 Bristol Yacht Club had a dominant performance, winning all but two of their races in the round robin stages and all their races in the finals to take the 2022 Thayer Trophy. New York Yacht Club, last year’s winner, was second and Chesapeake Bay Yacht Racing Association was third.

Bristol’s consistency was particularly impressive given the challenging wind conditions on both days. The sea breeze on day one was light and patchy which placed a premium on keeping the boats moving. Aggressive maneuvers could be costly as it was difficult to get the boats up to speed again. Because of that, Bristol’s Amanda Callahan noted that her team focused on staying in more of a fleet racing mode. They finished the first day with four wins, just ahead of Corinthian and New York YC who both had three.

The Thayer Trophy racers started day two with similarly light conditions, but the wind eventually built to a steady 10 to 12 mph by mid-day, which meant gear changing in the middle of the second round robin. As the breeze intensified, so did the racing, but Bristol kept their mojo, winning all five of their races to move into the final rounds. Callahan said when the team came into the semi-finals, they were ready to sail in a different mode with the breeze up. It also helped that many of the Bristol sailors have been regularly racing together in Bristol Yacht Club’s Monday night team racing, so they had gelled as a team.

At the awards ceremony held on Corinthian Yacht Club’s porch overlooking Marblehead Harbor, Callahan and the other two Bristol skippers, Stephanie Hudson and Sophia Reineke, were excited about the next time they’d be sailing together, with Hudson promising, “We’ll see you here again next year!”

Looking to create more opportunity for women sailors to compete at a high level, the Corinthian Yacht Club created the National Women’s Invitational Team Race for The Thayer Trophy in 2021. Teams from yacht clubs and college alumni sailing associations across the US are invited to compete. The event is raced in Sonars, 23-foot, one-design keelboats sailed with four to five crew.

Reached after the regatta, Hudson had high praise for their hosts.

“It was a well-run event in challenging conditions, and they made sure the races were fair,” she said. The team was made up of BYC members with some friends from college sailing days pulled in to round out their numbers. “They are all competitive and down to earth women who love sailing, and they have an open invitation to join us in Bristol anytime.”

With reports from Christy Nadalin