Honoring their son, and helping his community, for 20 years

When Maryem and J.P. Medeiros lost their 20-year-old son in a car accident in 2002, they lost a piece of themselves. J.P. Medeiros Jr. was a dynamic young man, an accomplished athlete, a good student …

Honoring their son, and helping his community, for 20 years 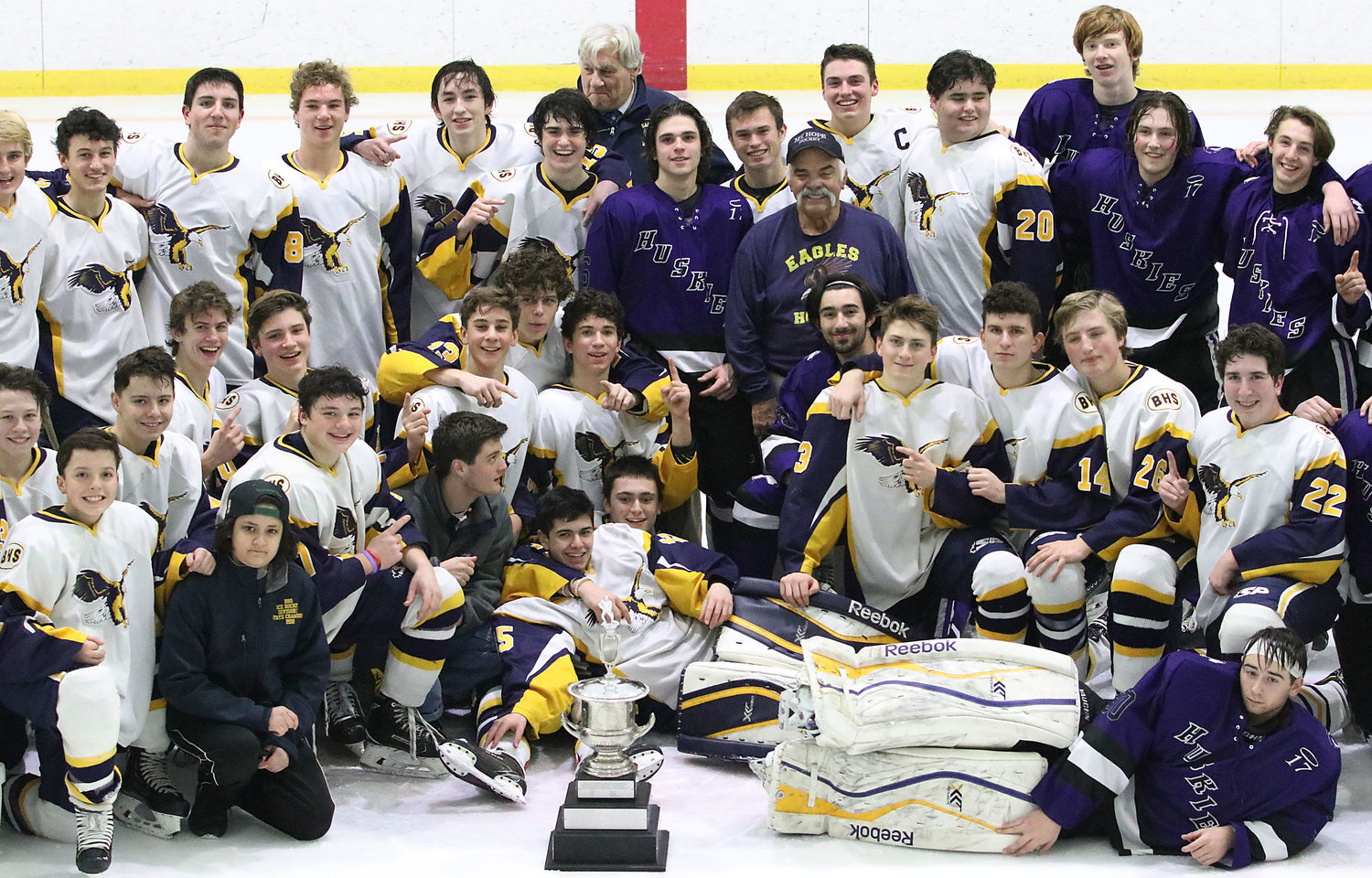 At the center of this 2020 post-game gathering of Barrington and Mt. Hope boys’ ice hockey players is J.P. Medeiros, father of the young man whose name has been memorialized with an annual hockey tournament and scholarship fund for two decades.
Posted Saturday, January 1, 2022 6:10 am

When Maryem and J.P. Medeiros lost their 20-year-old son in a car accident in 2002, they lost a piece of themselves. J.P. Medeiros Jr. was a dynamic young man, an accomplished athlete, a good student and a leader among his peers. He was also the brightest light in his parents’ lives.

Though heartbroken, the Warren couple immediately began working on a plan to both honor and remember their son. One of young J.P.’s great loves was hockey, so Maryem, a nurse, and J.P., a longtime physical education teacher and coach in the Barrington schools, immediately got to work on both a scholarship and a memorial hockey game in his name.

They are preparing to host their 20th annual John Paul Medeiros Jr. Memorial Cup hockey tournament next Wednesday night, Jan. 5. Over the course of the past two decades, they have raised tens of thousands of dollars to help young hockey players from the local schools attend colleges and universities. They’ve given out 83 scholarships to local student-athletes.

Held at the Portsmouth Abbey ice rink, the tournament includes four teams, both girls and boys, with the Mt. Hope and Barrington squads the featured attractions.

At 6 p.m., the Barrington-Mt. Hope-Portsmouth coop girls’ team faces off against the Smithfield-Coventry-Moses Brown team. At 7:30 p.m., in a game affectionately called “Thanksgiving on Ice” because it pits the two traditional Thanksgiving Day football rivals, the Huskies of Mt. Hope meet up with the Eagles of Barrington.

Maryem and J.P. can’t believe it’s been 20 years already, and they are immensely proud that they’ve sustained this game for as long as they have, that it’s become a recognized and celebrated part of the Rhode Island Interscholastic League’s high school hockey schedule, and that nearly 100 young people have gotten a boost in their pursuit of higher education.

They know J.P. would be proud of the event named in his honor. A standout player and Mt. Hope team captain, known for both his play and his sportsmanship, J.P. was also a youth hockey coach and a National Honor Society student. As an athlete and a person, he embodied the spirit of the scholarship in his name.

Admission to the Jan. 5 games is a donation at the door. All proceeds benefit the J.P. Medeiros Jr. Scholarship Fund.