PORTSMOUTH — Two men were charged with operating watercrafts while intoxicated (first offense) in the area of Potters Cove, Prudence Island, during “Aquapalooza” on Saturday, July … 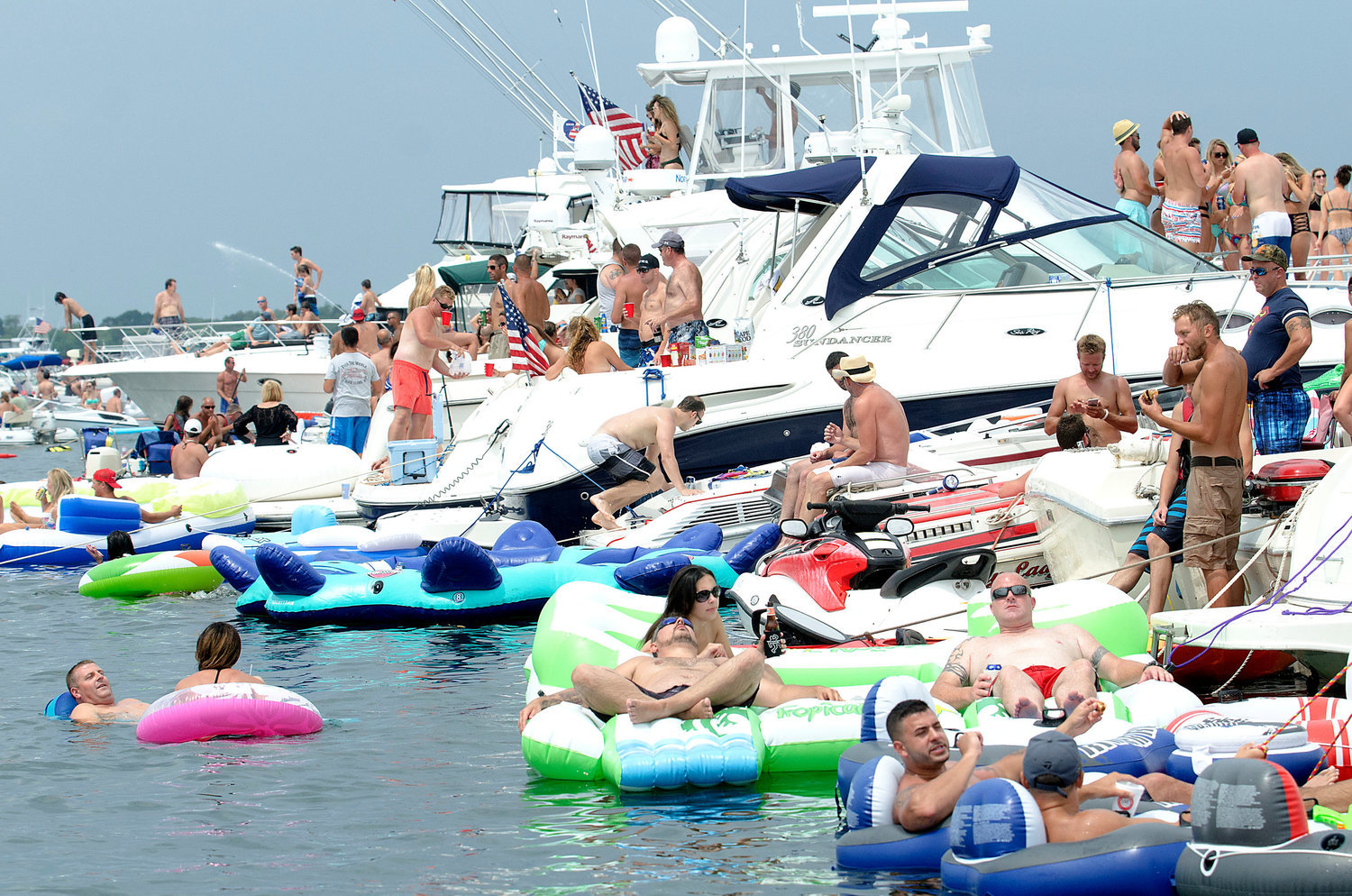 PORTSMOUTH — Two men were charged with operating watercrafts while intoxicated (first offense) in the area of Potters Cove, Prudence Island, during “Aquapalooza” on Saturday, July 30.

Saturday marked the return to Potters Cove of the annual party on the water, which drew more than 1,000 boats and jet skis this year. Two boats reportedly sank during the event, which drew extra scrutiny from law enforcement.

According to police, officers found Nickolas M. Franklin, 21, of 57 Sayles Ave., Warwick, operating a boat in the area around 5:35 p.m. He showed multiple signs of impairment, including bloodshot and watery eyes, slurred speech, and smelled of alcohol, police said.

Franklin said he had consumed multiple alcoholic beverages while operating the boat, according to police. He was removed from the watercraft and transported to Carnegie Harbor Marina in Portsmouth where, following a 15-minute waiting period, he failed a standard field sobriety test, according to police.

Franklin was taken into custody and transported to police headquarters, where he was also cited for refusing to submit to a chemical test.

The other man, Joel M. Morales, 28, of 11 Johnson St., North Dartmouth, was removed from his boat in Potters Cove around 7:10 p.m. after showing signs of inebriation, police said.

Here are more recent highlights from the Portsmouth Police report:

A 51-year-old woman from Barrington jumped off the Mt. Hope Bridge around mid-day, Police Chief Brian Peters said. “The woman was rescued from the water but was later pronounced deceased at Newport Hospital,” the chief said.

Duchess D. Colon, 49, of 90 Girard Ave., Apt. 76, Newport, turned herself in at police headquarters around 10 p.m. on a Portsmouth warrant charging her with failing to stop after a motor vehicle accident, with damage to the other vehicle. She was issued a District Court summons and released.

Steven A. Osler, 50, of 239 Public St., Providence, was charged with obtaining property by false pretenses/personation (between $1,500 and $5,000), following an earlier complaint of fraud to the Portsmouth Police Detective Division. Members of the R.I. Violent Fugitive Task Force took Osler into custody at his home just after 7 a.m. without incident, police said. He was transported to Portsmouth Police headquarters, where he was processed and placed in a cell to await his arraignment, police said.

Katie R. Cipullo, 34, of 827 Anthony Road, was charged with disorderly conduct (obstructing a street, hall, aisle, etc.) after police investigated a complaint of a woman holding a hammer and yelling at vehicles standing in the roadway. A warrant was issued and she was taken into custody around 3:20 p.m., police said. She was later issued a District Court summons and released from custody, police said.

Chelsea L. Fontaine, 33, of 50 Snell Road, Little Compton, was charged with driving under the influence (DUI-first offense) after she was pulled over for speeding on Route 24 around 2:25 a.m. She was later issued a District Court summons and released to a sober adult party, police said.

Kirklin P. Roderick, 26, of 144 Bramans Lane, was charged with simple assault after officers responded to the area of Blue Bill Way to investigate a report of multiple people yelling and what sounded like physical fighting, police said. The victim was a 29-year-old woman from Newport, police said.