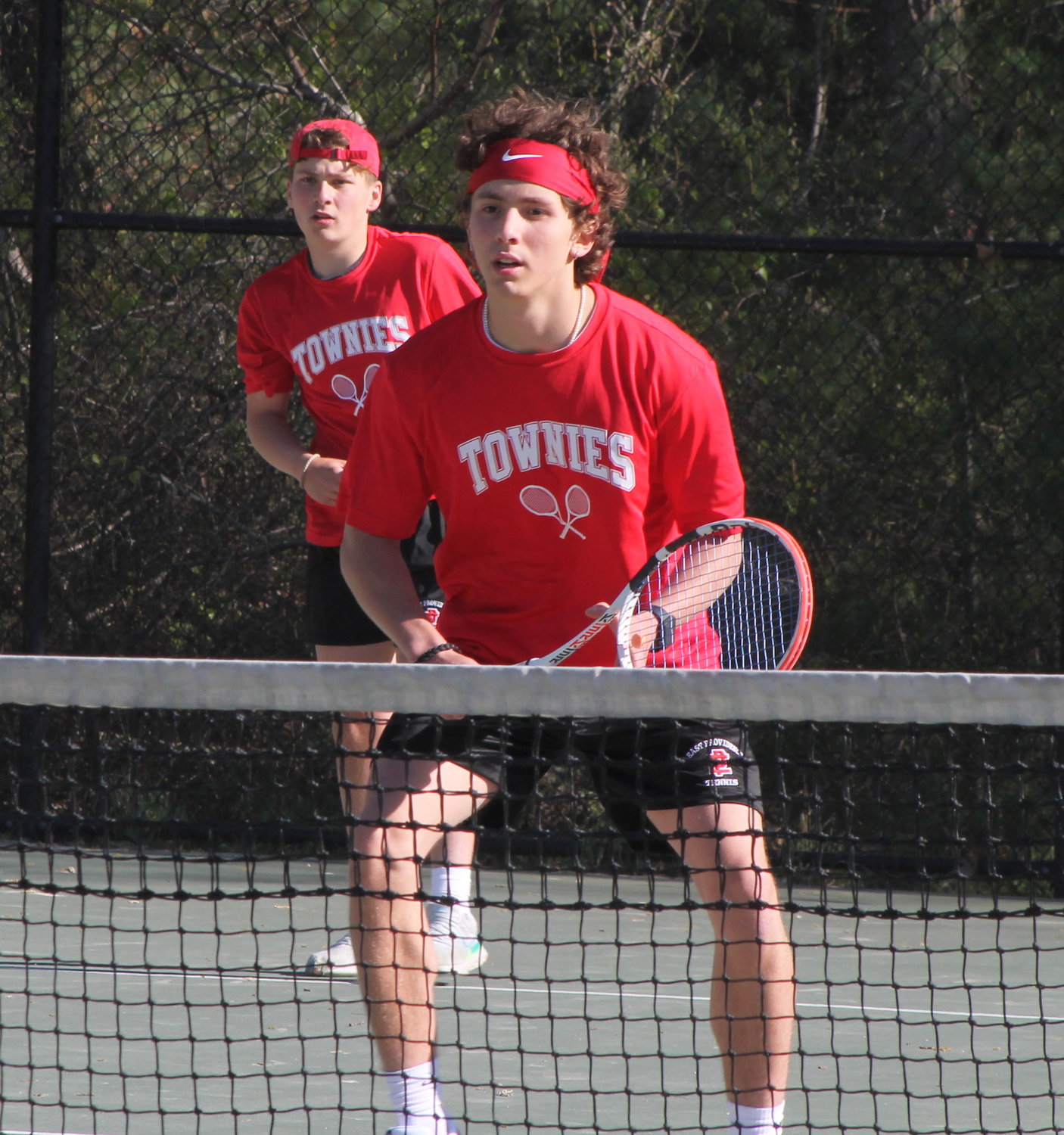 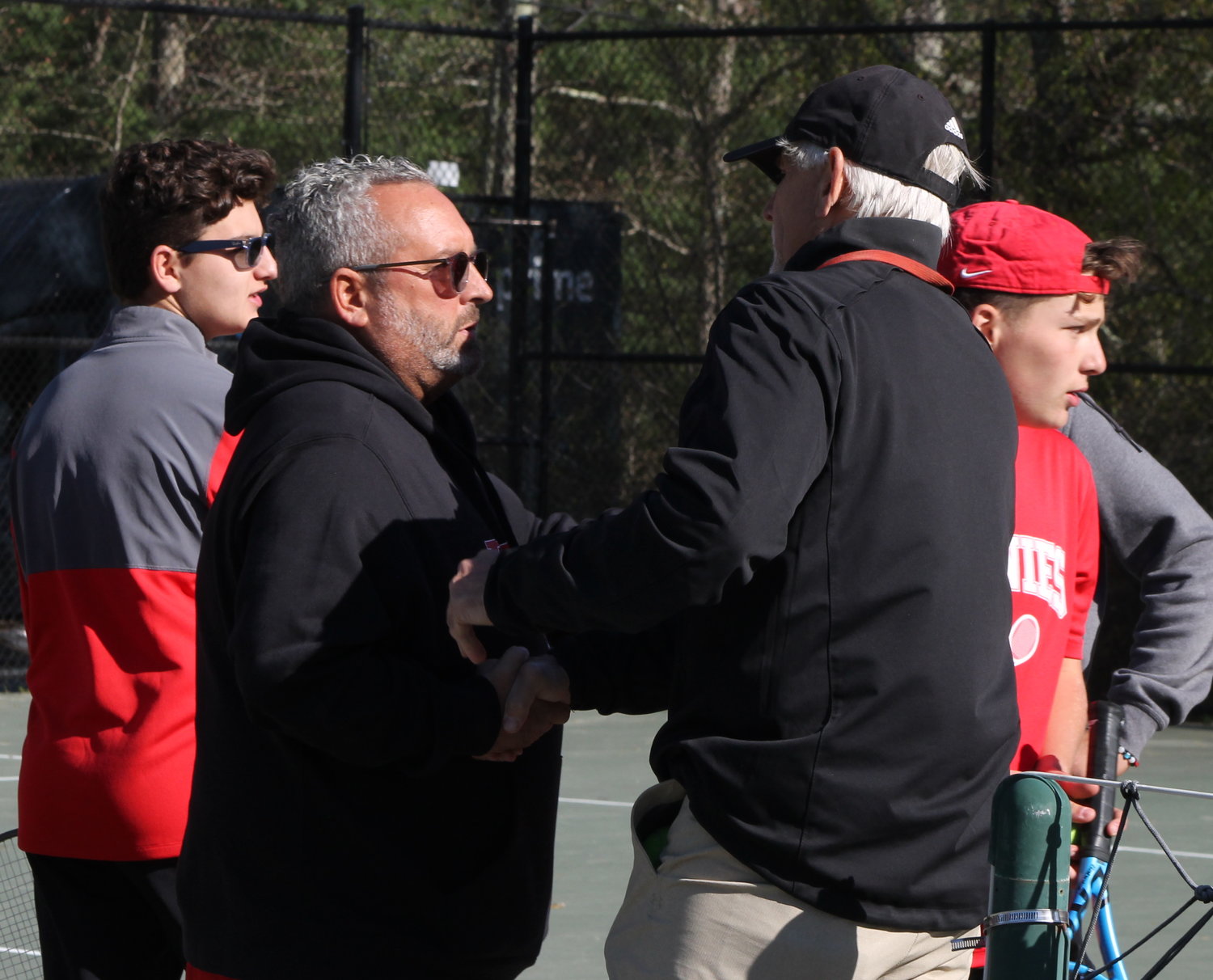 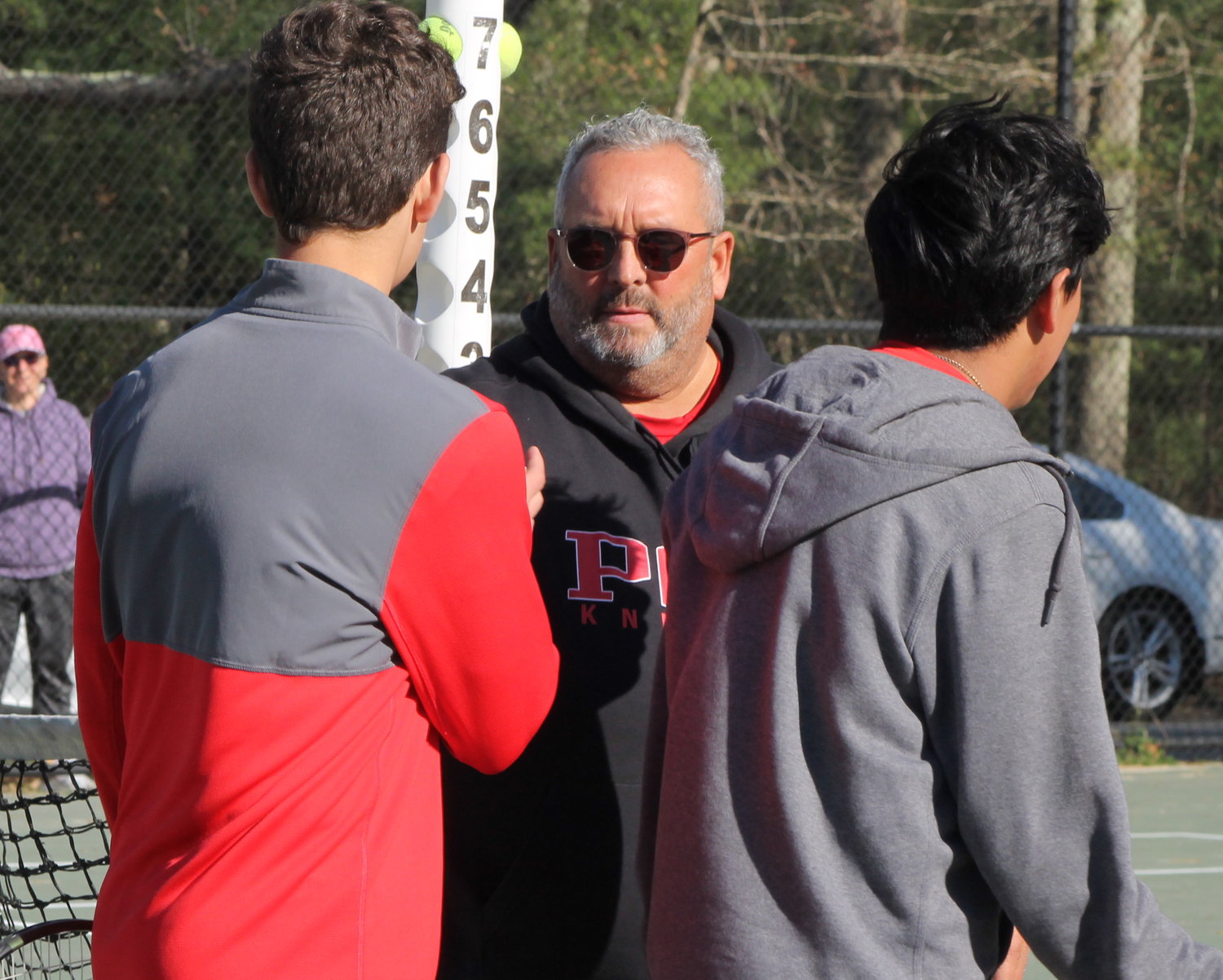 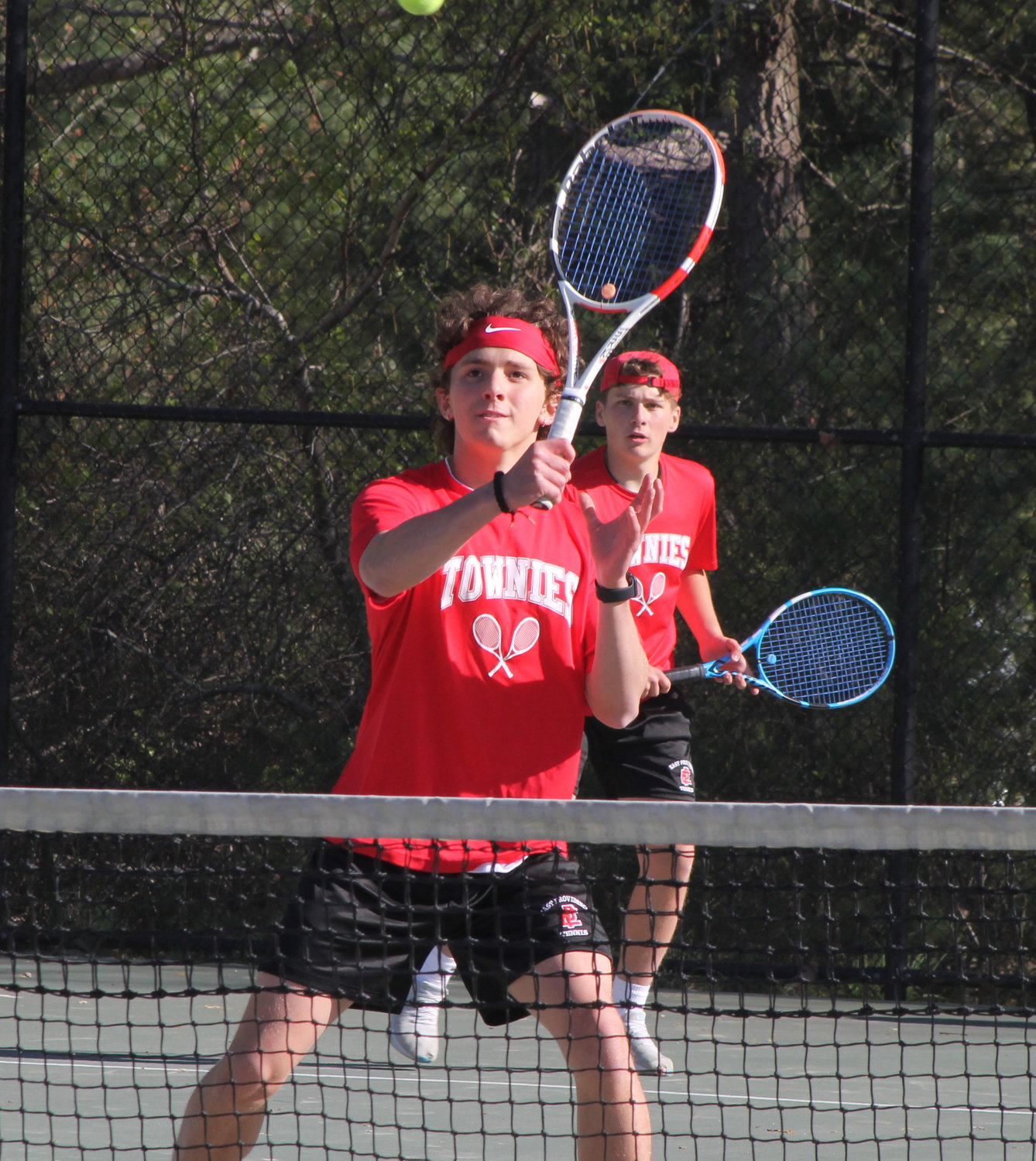 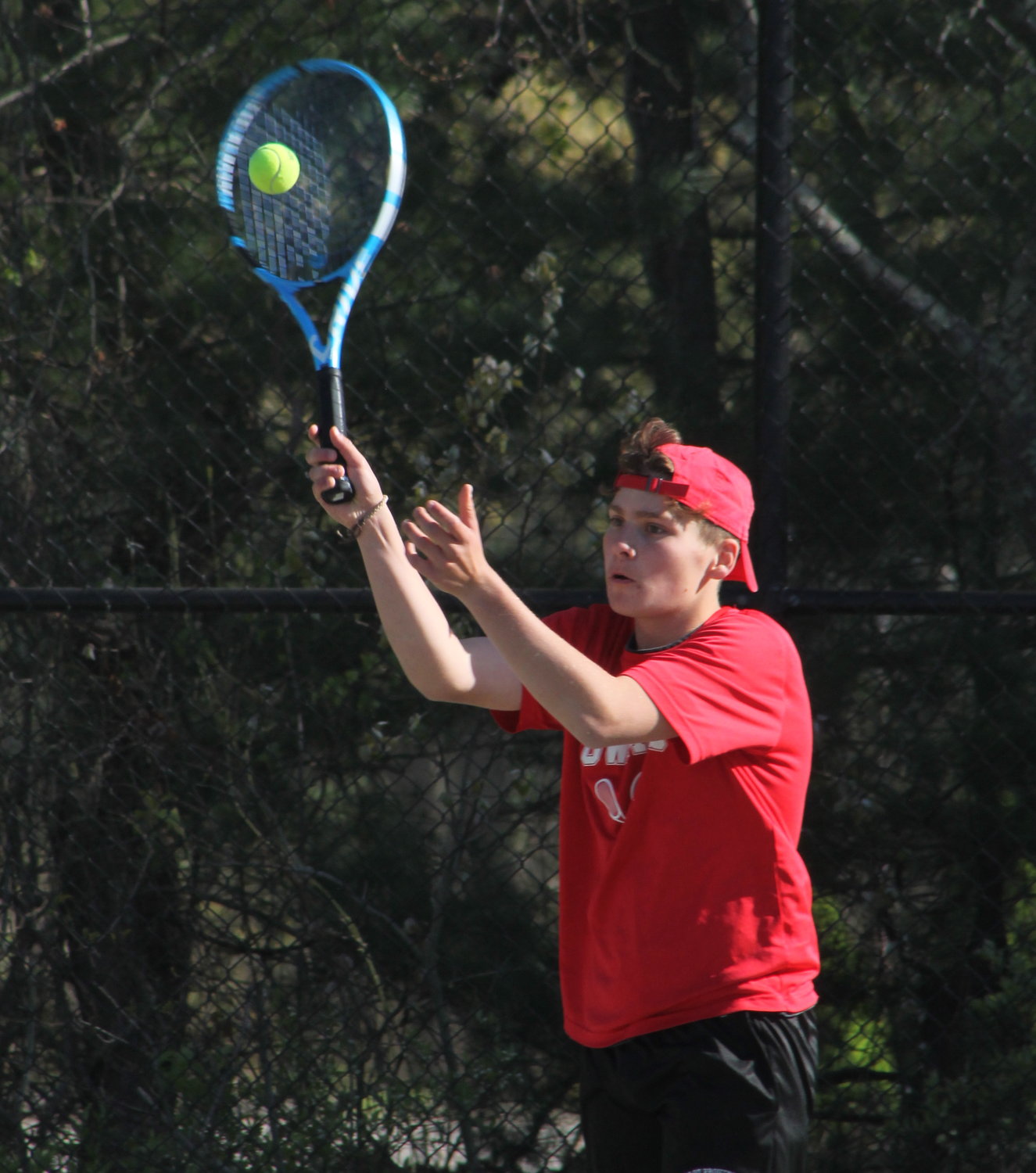 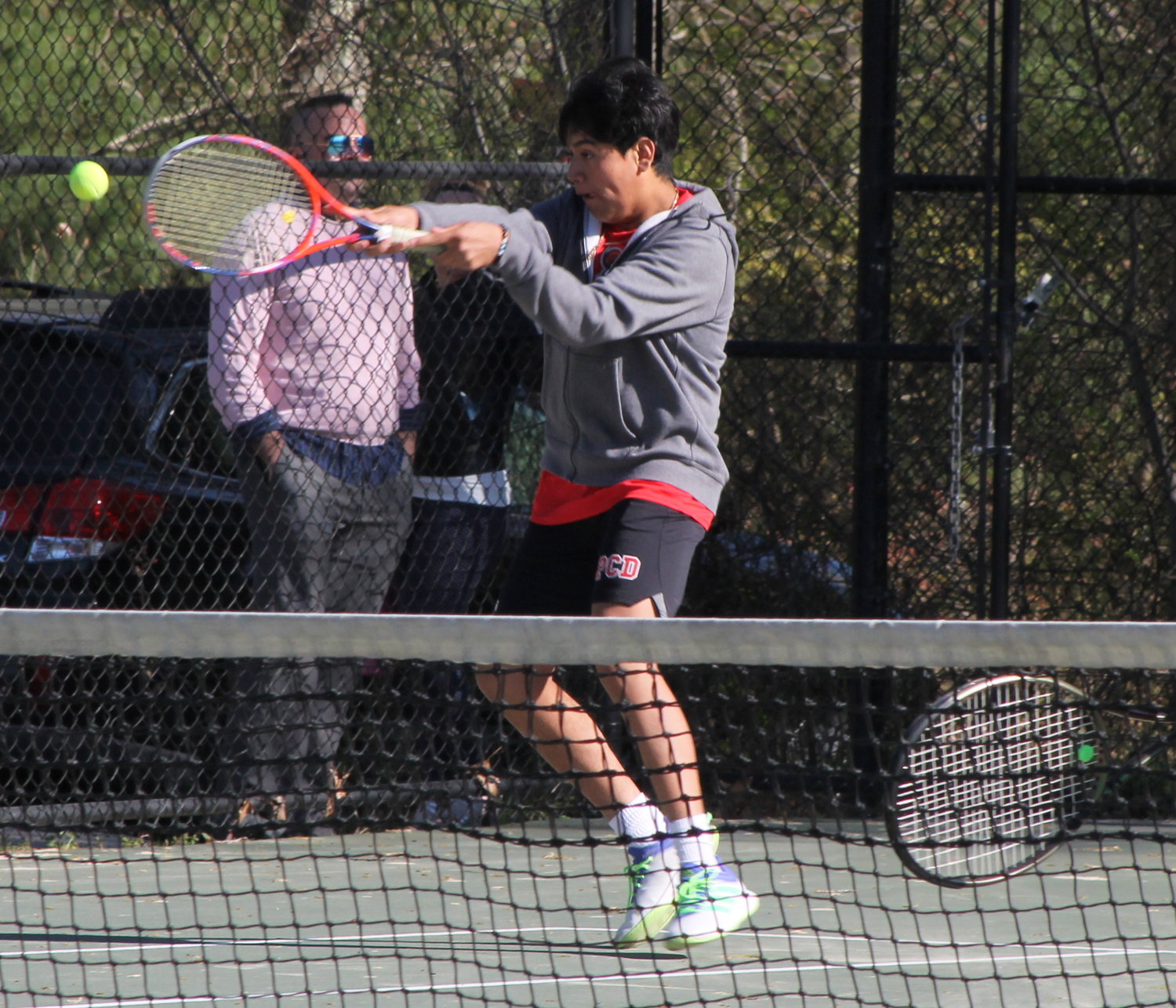 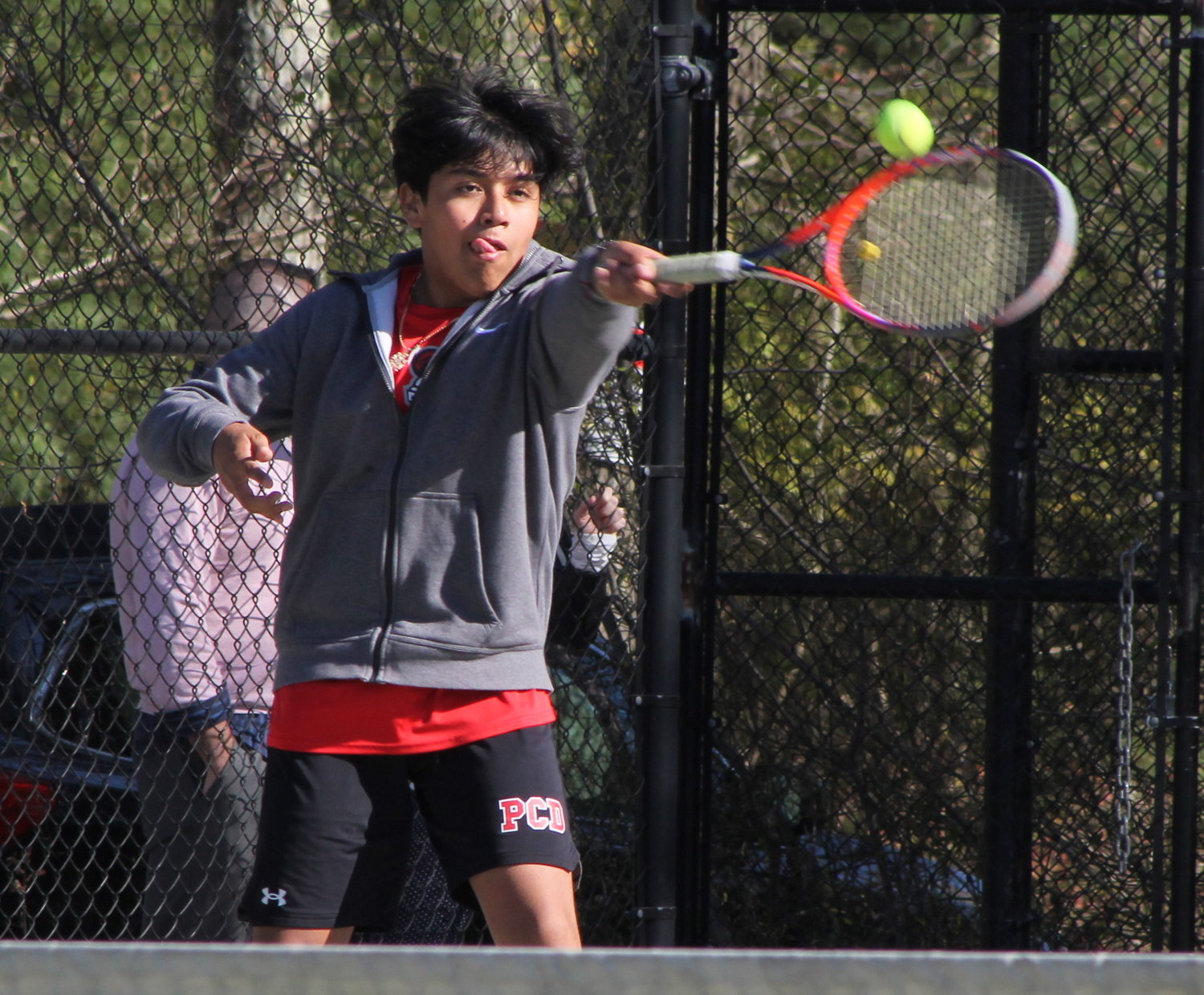 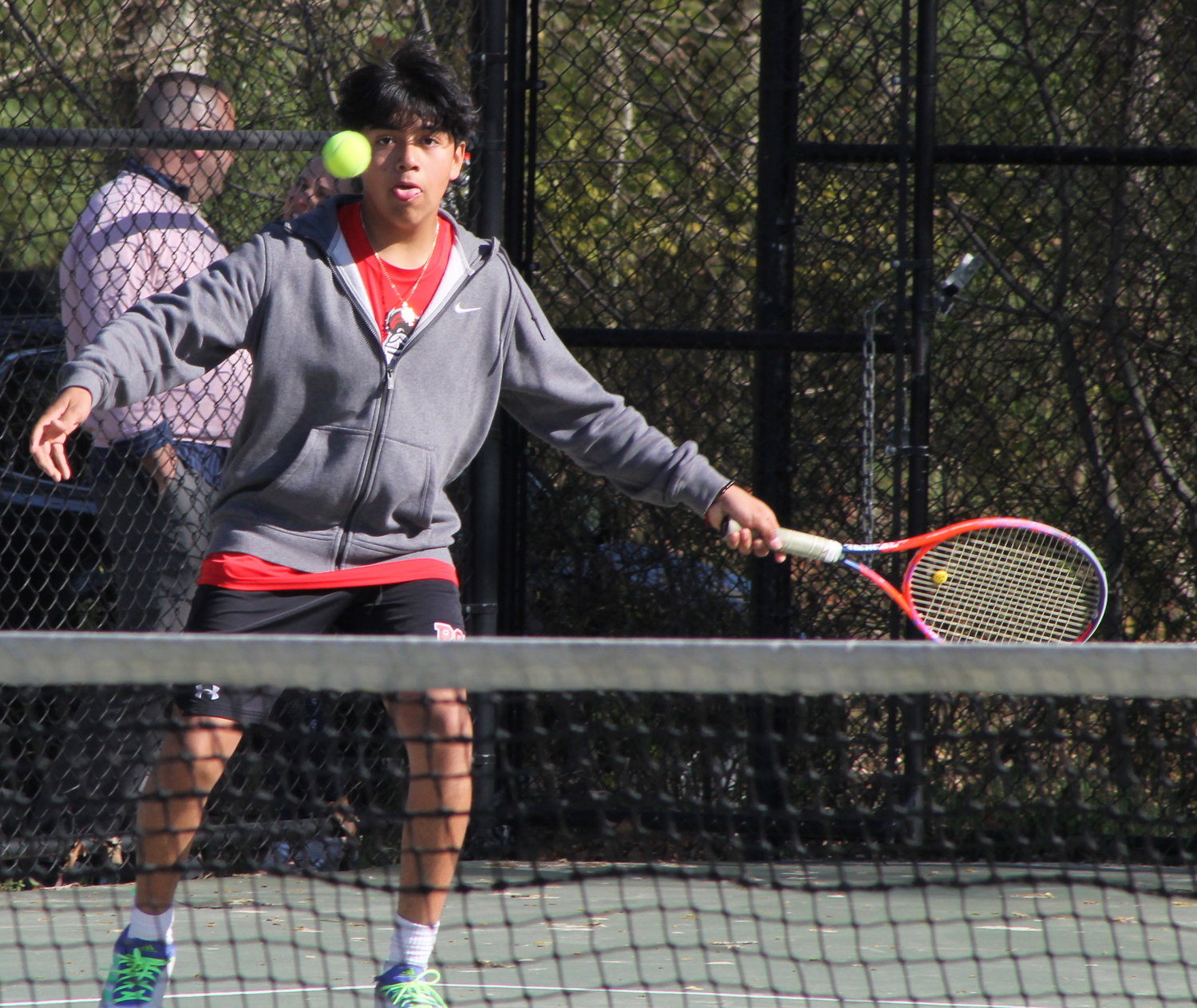 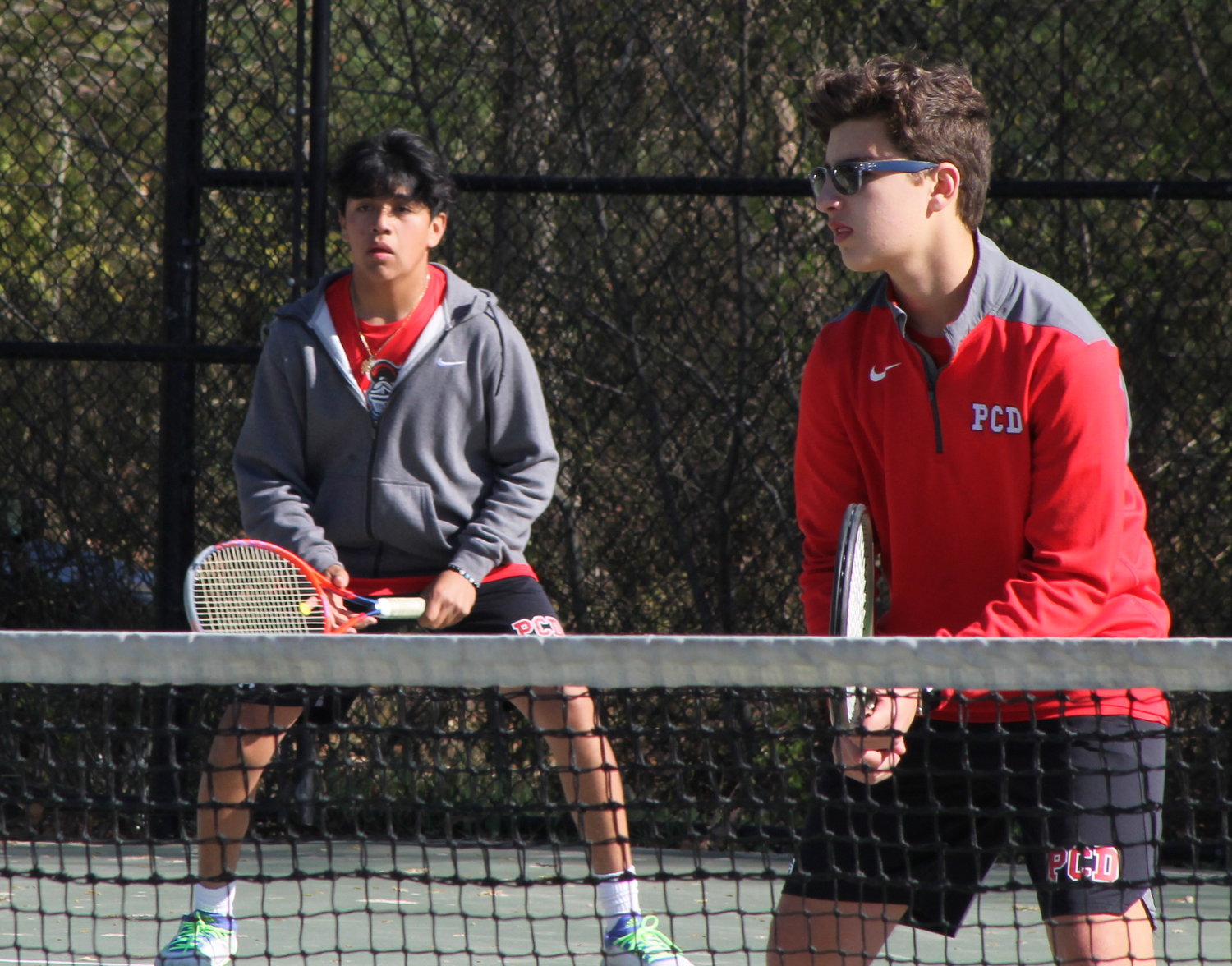 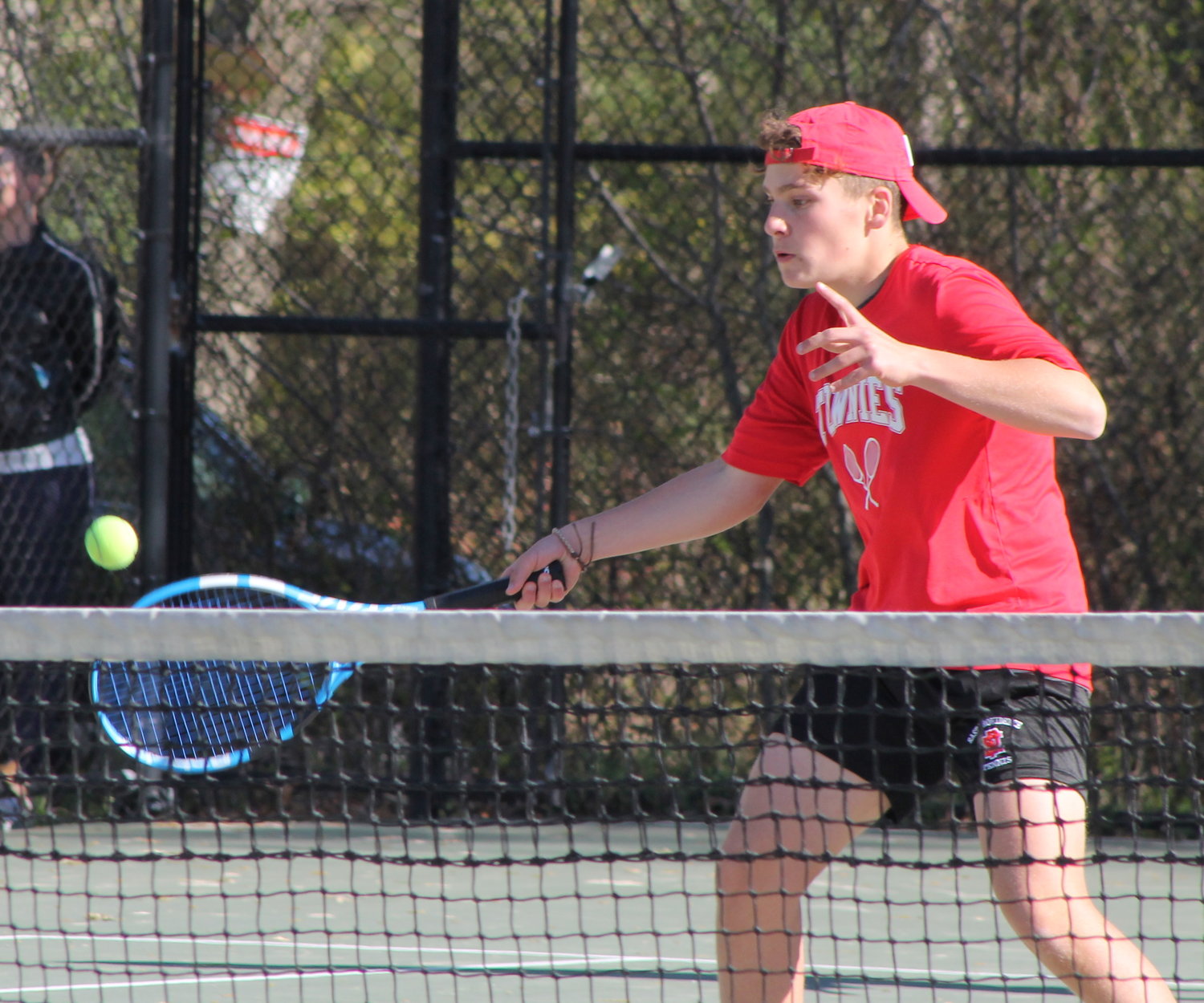 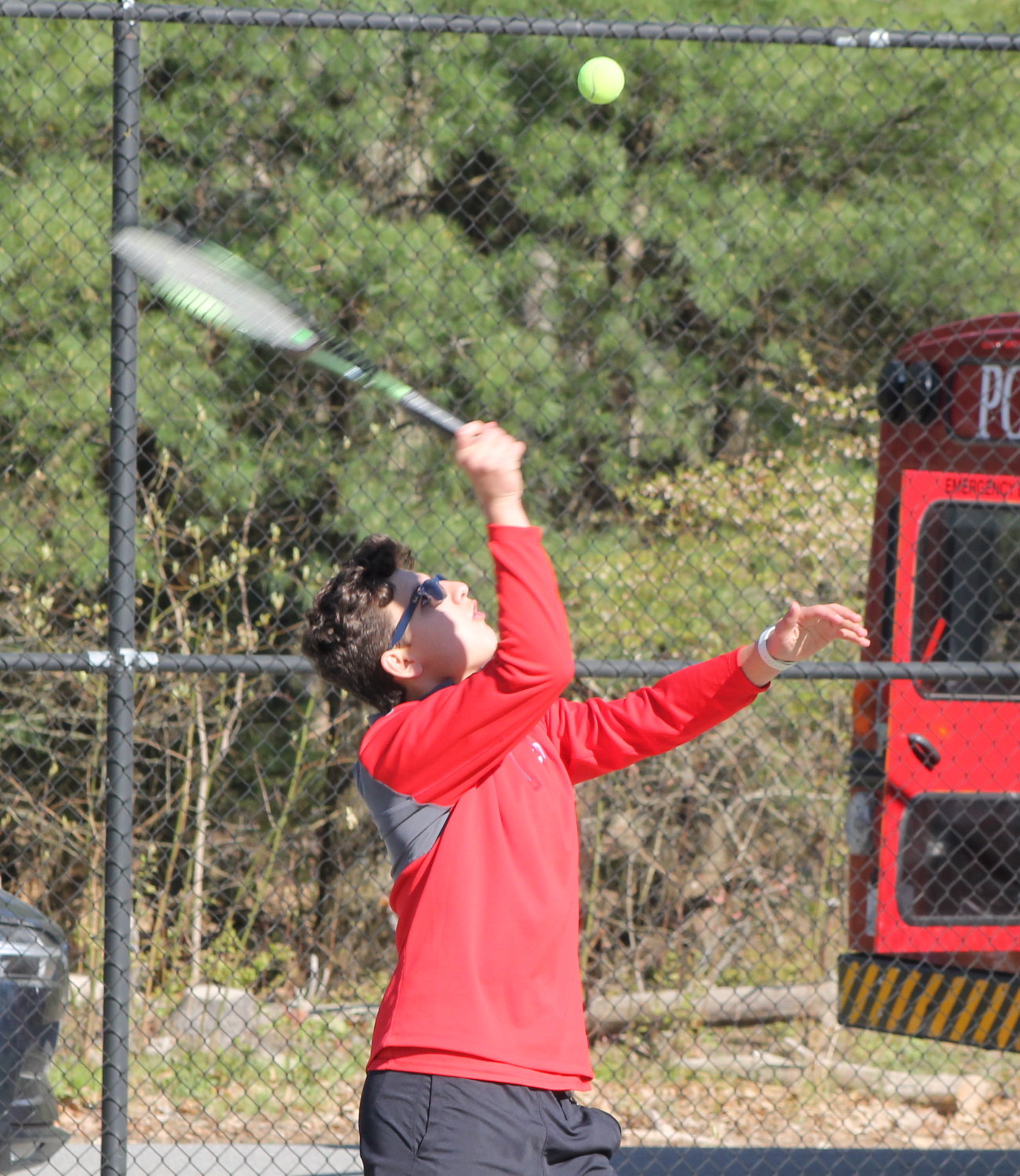 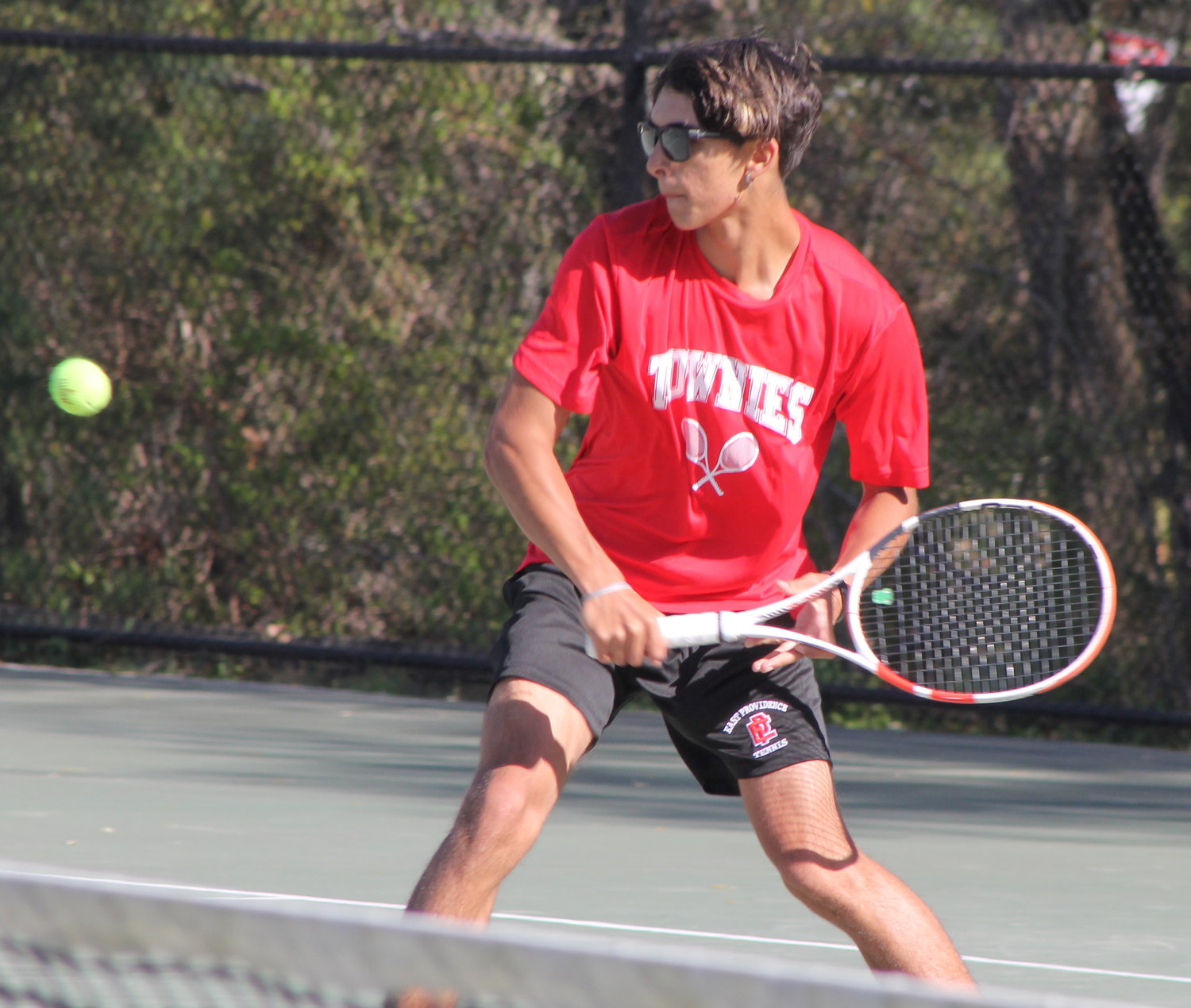 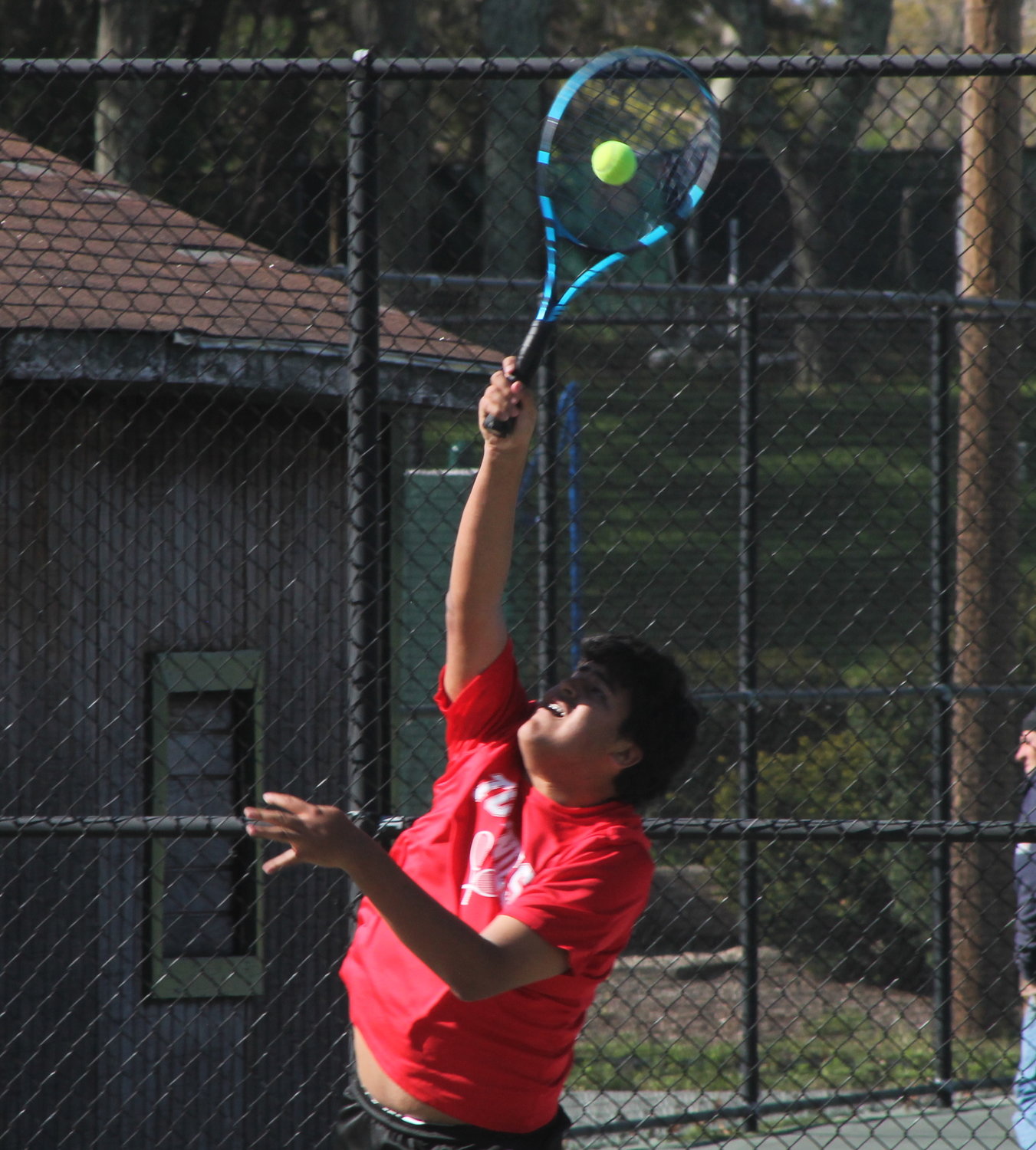 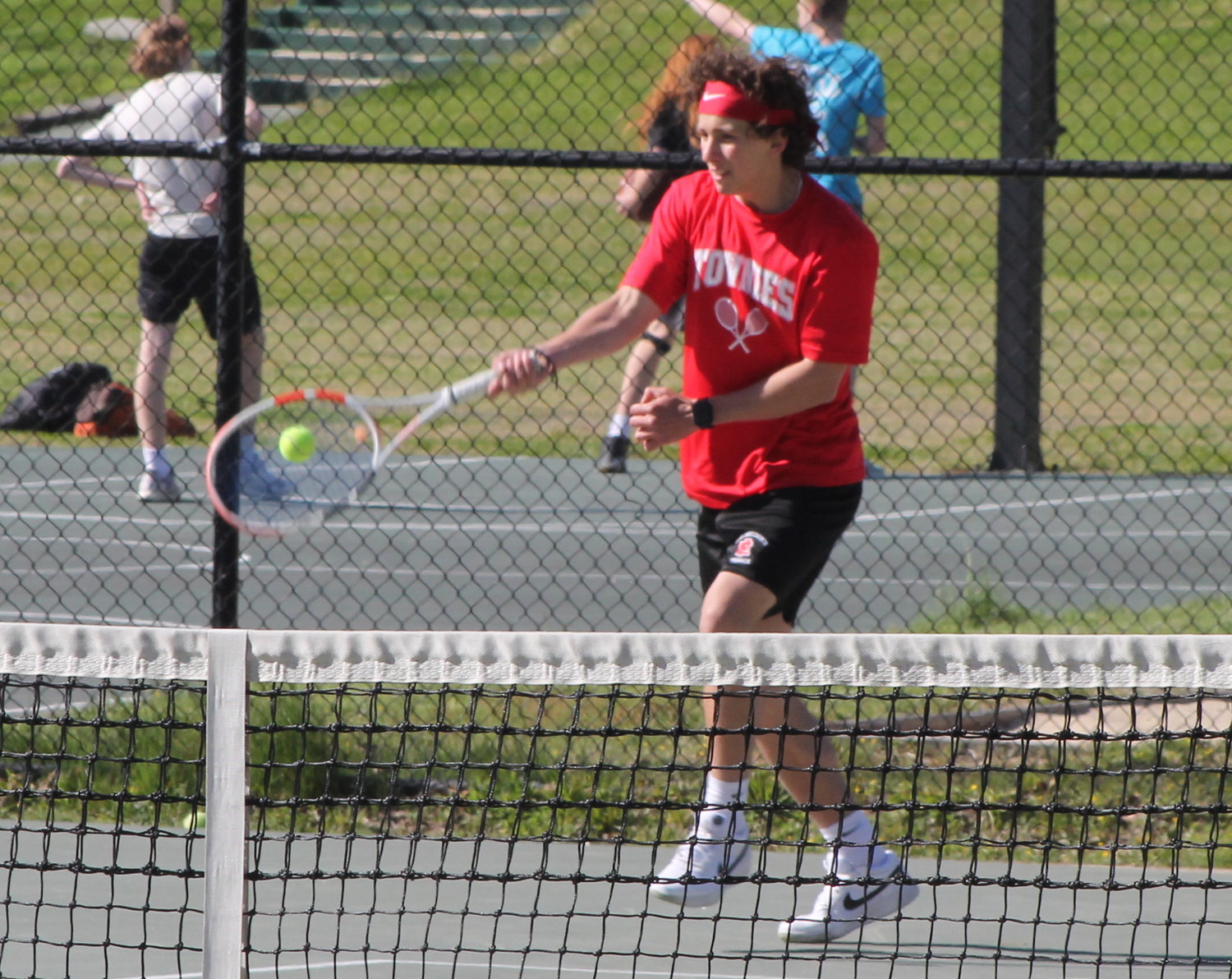 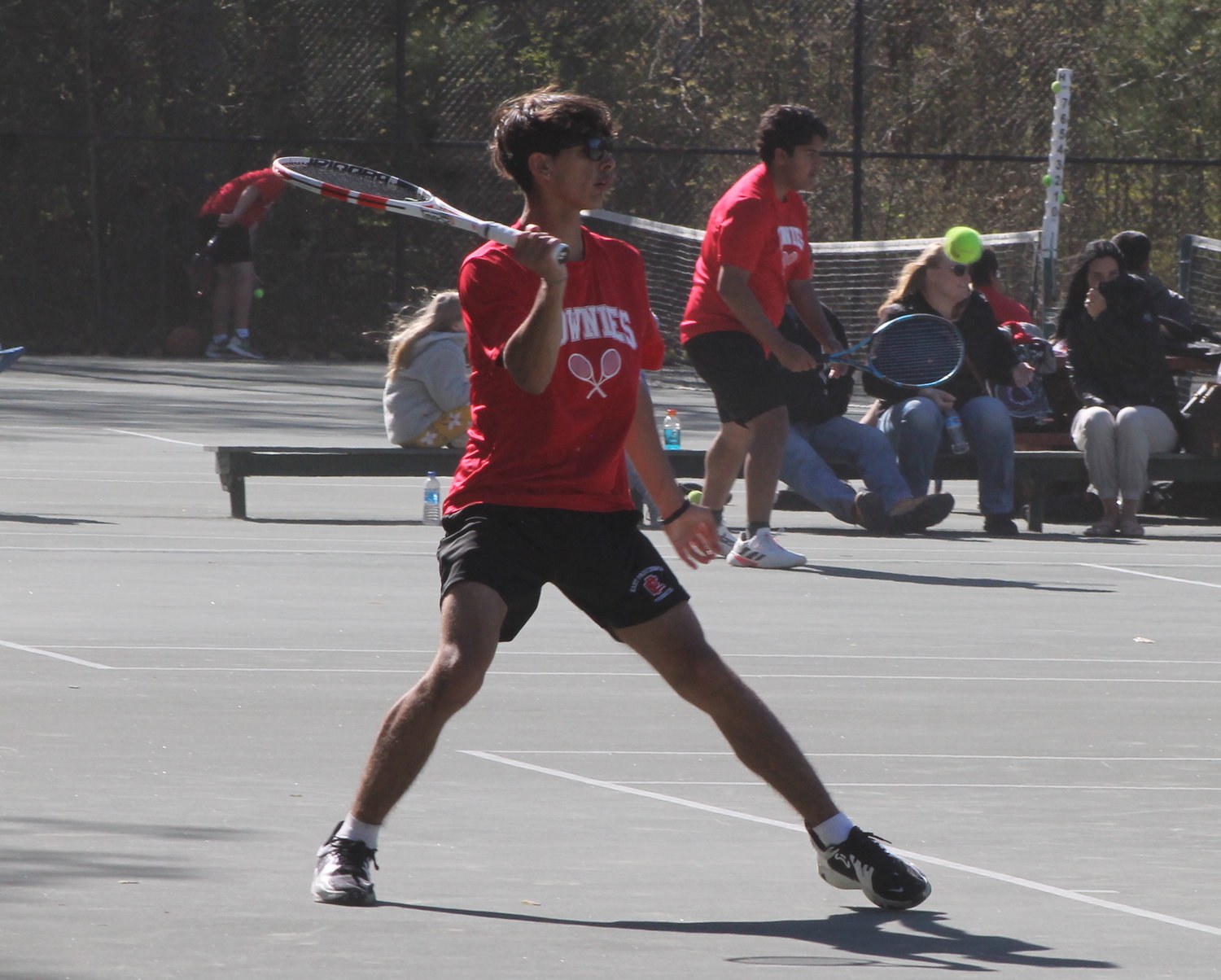 EAST PROVIDENCE — The East Providence High School boys’ tennis team, itself in the midst of a superb run of results, handed next-door neighbor Providence Country Day its first loss of the Division III season as the Townies easily defeated the Knights by a 5-2 count on an extremely blustery Monday afternoon, May 9, at the KendBrin Swim & Tennis Club in Riverside.

The Townies improved to 9-1 in the league as they got the better of their court mates (both teams call KendBrin their home) while PCD fell to same record.

Both sides had three matches remaining the rest of this week and next in their regular seasons. East Providence was/is considered the favorites in their last few outings while the Knights had a date with the only remaining D-III unbeaten St. Raphael. The Saints (10-0) handed EPHS its lone loss to date, 4-3, in early April. The Townies have won eight in a row since.

“There’s more work to be done. We’re not finished. We want to be playing the last match of the season. That’s the goal,” EPHS head coach Paul Amaral said, reiterating his team’s preseason aim.

“I think mentally, our kids made the adjustments. They didn’t let (the wind) bother them,” he continued, adding of the win over the previously undefeated Knights “it gives us more credibility. It shows we have done it. This was a big win for us.”

In quick succession just prior to McShane’s victory, Miguel Flores secured the first East Providence point with his neat 2-and-2 win over Zack Wu at third singles while Jordan O’Hara defeated Tyler McKenzie 3-and-2 at the fourth spot.

Sandwiched in between, the new No. 2 doubles pairing of Jeff Diaz and Adam Sullivan earned a decision for EPHS, bettering Nelson Wilson and Jack Caletri 2-and-0.

The McShane-Murad match, like all others, was played in the teeth of a near-constant wind out of the northeast, which continuously swept in sand from the ongoing apartment development being constructed across Hospital Road.

It made for some interesting and frustrating tennis at times, though it appeared from the results the Townies managed the weather better than the Knights.

“It was pretty rough. I think it had an affect on my opponent, but I think it helped my game. I think that slicing the ball was way easier and hitting the ball high in the air to hit it over his head,” McShane said of his outing.

PCD’s Hudson Dunn actually earned the first point of the match with his 6-2, 6-1 win over Brayden Rouette at No. 1 singles. PCD’s No. 3 tandem of Jon Oliveira and Simon Rivet scored the Knights’ other point with their 2-and-4 victory over E.P.’s Houn Kim and Jaydon Massa.

The most competitive contest of the afternoon was the last off the court. East Providence’s top duo of Nate Thurber-Jaydon Amaral edged their PCD counterparts Aaron Sutton-Cesar Godinez in three sets: 6-2, 4-6 and 10-8 in a super-breaker to decide the match.

“It was a tough match. I knew going in East Providence was a tough team. I think it could have gone either way if some things fell different, but it didn’t today. We’ll catch them next time,” said PCD head coach Mike Silva, a long ago EPHS player who is currently the general manager of Tennis Rhode Island-East Bay in city.

If form holds deep into the upcoming D-III playoffs, East Providence and PCD could meet again in the semifinals as the Nos. 2 and 3 seeds in the postseason.

Of the Townies, Silva said, “They practice hard, they play hard, they have good coaching. I see them here every day. I saw them here shoveling the snow at the beginning of the year and now they’re playing well in the wind. So we know they can play in all sorts of weather.”

Dunn, a superb squash player who hadn’t ever played tennis at any competitive level before this spring, Oliveira and Wu are the only upperclassmen in a PCD lineup otherwise made up predominantly of freshmen.

“This was supposed to be a rebuilding year for us, so I’m pretty happy with how things have gone so far,” Silva added. “We have a lot of freshmen playing. They’re learning as we go.”