EAST PROVIDENCE  — The City Council, at its May 17 meeting, signed off on the school district’s pursuit of potentially more state aid towards the necessary and major renovations … 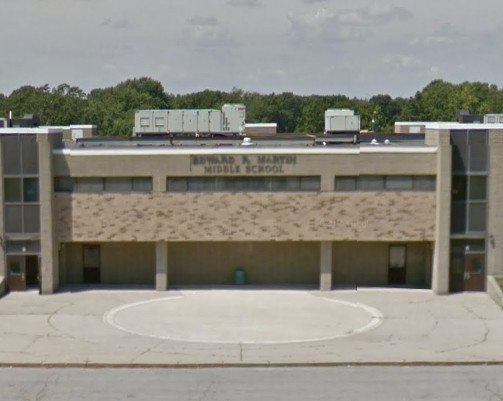 EAST PROVIDENCE — The City Council, at its May 17 meeting, signed off on the school district’s pursuit of potentially more state aid towards the necessary and major renovations required at Martin Middle and Waddington Elementary.

By a 5-0 tally, the council approved a referenda item to be placed on the November 2022 ballot which allows the district to seek up to $148 million in bond monies for the projects.

The move piggy backs a state-wide ballot question passed by the General Assembly, which would allow the Rhode Island Department of Education to issue school construction bonds in the amount of $300 million.

Both moves mirror those taken back in 2018, when the city backed a request presented to residents seeking their approval to construct a new East Providence High School by issuing $189.5 million in bonds. At that time as well, the state sponsored a referenda item asking for approval of $250 million in school construction bonds. Each item passed locally and state-wide with overwhelming support.

Then, as is the hope now, East Providence was at the front of the trough.

The district, a final figure eventually including numerous and various incentives offered by RIDE, was reimbursed on some $135 million of the new EPHS project at a rate of 54.5 percent based on the state’s school housing formula plus 20 percent more for incentives. In the end, the city will pay just short of $90 million of the $189.5 million budgeted for the project.

Similarly, of the $148 million being requested for the Martin/Waddington endeavors, Superintendent of East Providence School Kathryn Crowley told the council prior to its vote last week the district could receive upwards of $100 million in housing aid towards the projects if the state-wide referendum passes come November. The district would receive a base rate of 48.5 percent and would again seek the 20 percent incentivized rate.

Crowley said, as was the case in the lead up to the 2018 vote, the district is well into the process of performing the due diligence required by RIDE. It has, among other requirements, re-evaluated all of the school buildings and has penned an updated facilities report for each. The district has also compiled a more relevant demographics study of the city.

“I would urge residents like they did the last time to vote for the state-wide construction bond in November to support construction at various schools around the state, which would also help with the projects at Martin and Waddington. And I would ask them to once again vote for the city-wide referenda item like they did for the new high school. Really what I’m asking is that everyone vote,” Crowley said after the council meeting.

The details of the proposals to basically near-entirely rebuild Martin and to renovate Waddington significantly were touched upon briefly at the May 17 council meeting and extensively at a joint session of it and the school committee at the new EPHS auditorium on May 2.

Approximately $6 million is earmarked for the needs at Waddington with the vast majority of the remainder set aside to reconfigure Martin.

Sam Bradner, of the city-based Peregrine Group that continues to serve as the district’s owner’s project manager for the new EPHS project and the two latest efforts, led the bodies on May 2 through an overview of what is needed to be done at each building.

Much of the data remains based on the RIDE-authorized review of all schools around the state by the architectural firm Jacobs, which wrote a report on its findings back in 2016. As was the case then as is now, Martin was deemed to be one of the most deficient academic facilities in the state. In 2016 dollars, the 45-year-old building needed some $60 million in renovations. For reasons obvious and otherwise that figure has grown substantially since.

Under the latest plan completed by Peregrine and the district’s architects from Ai3, Martin’s open classroom configuration, considered to be on the cutting edge of educational instruction back in the 1970s, would be rid of completely and replaced with a new, three-story wing of traditional rooms (one floor each for sixth, seven and eighth grades) with separate walls and doors on the north end of the existing structure.

The auditorium, gymnasium and cafeteria at Martin would remain to some extent in their current form, but receive significant upgrades, while the rest of the building would pretty much be demolished.

The Martin project would also consist of building an all-encompassing home base for the district’s Pre-Kindergarten program, meaning every participating toddler, including those with Special Needs, from around the city would take instruction there rather than in other facilities like the Oldham Early Learning Center on Bart Drive in Riverside still known to many as the former Meadowcrest Elementary School.

The Pre-K classrooms would comprise a reconstructed section built where the program is currently located on the south side of the building.

At Waddington, construction would focus on a two-story addition while converting the existing open classrooms in the vein of those at Martin into the traditional setup for modern academic and safety reasons.

There is, however, one significant difference between the endeavors.

Unlike the EPHS project, which of course meant constructing a whole new building, the process of renovating both Martin and Waddington would be more lengthy because work would need to be done while each remained active facilities.

It is estimated to take between three to six years for them to be completed in full, including exterior features such as new community recreational fields at Martin.