EAST PROVIDENCE  — Though the bulk of its July 20, near six hour proceedings was taken up by the contentious Metacomet Country Club issues, the City Council managed to squeeze in some other … 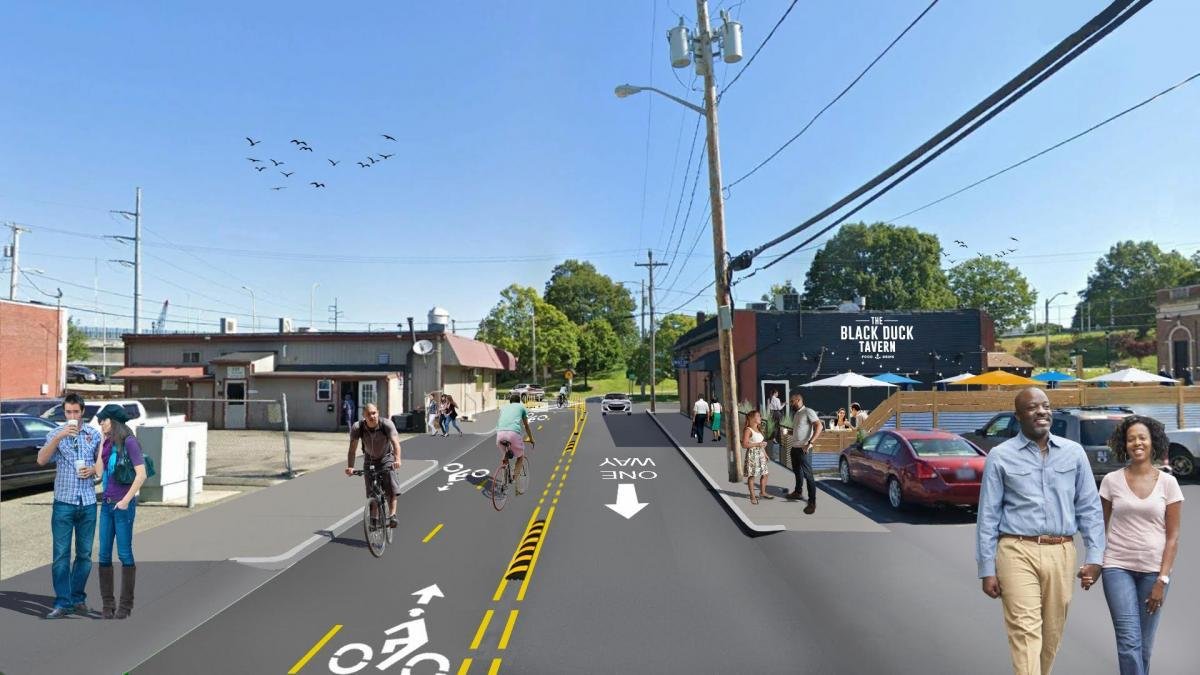 The office of Mayor Bob DaSilva issued the following statement in response to the City Council 3-2 vote in favor of a resolution rescinding the 30-day bike lane pilot program on First Street:

“The administration feels that it was premature to make the decision to cancel the bike lane pilot three days from its start. The pilot was placed in effect on Wednesday and by Friday it was placed on the Council docket to reverse it.

“Within two days the Councilwoman decided to revoke the authorization for the pilot, which is unfortunate because the city expended funds to do a 30-day pilot with guidance from professional engineers to learn the best option for a safe bike lane for our pedestrians and motorists. What we have found is that the longer the pilot continued the more accustomed motorists became to change.

“We fully expected to obtain data and information from this 30-day pilot to determine a permanent solution that was safe and effective for all. The funds that were put in place for this are now wasted.

“Moving forward we will continue to explore our options.”

EAST PROVIDENCE  — Though the bulk of its July 20, near six hour proceedings was taken up by the contentious Metacomet Country Club issues, the City Council managed to squeeze in some other notable decisions as the clock actually turned into the early morning hours of July 21.

Revisiting an ordinance it had passed a few months earlier on guidelines surrounding short-term rentals, the council approved a revised package of requirements, key to which was the removal of properties being owner occupied.

The council did still receive some pushback from residents who felt the ordinance wasn’t quite correct, but in putting the measure forward Ward 3 Councilor Nate Cahoon, who sponsored the revisions, said it was the best the city could offer after extensive review by various departments and officials and that the Council has shown a willingness to revisit it again if elements continue to prove problematic.

In addition, the council gave second and necessary passage to a revised ordinance, sponsored by At-Large Councilor Bob Rodericks, on the qualifications necessary to apply to become an East Providence Police Officer.

With the backing of the EPPD ranking staff and the administration of Mayor Bob DaSilva, the ordinance now reads an applicant will no longer need to have completed 60 college credit hours, rather the educational requirement  is a high school diploma or its equivalent.

Another note of significance, a meeting after the council, some of whom were reluctant from the start, approved a resolution allowing the Planning Department/Waterfront Commission to install a 30-day pilot bike lane on First Street, the body narrowly reversed course and voted to end the attempt.

The lane was installed in an attempt to link the Redman Linear Park on Interstate 195 with the East Bay Bike Path.

Citing increased confusion on the part of drivers and accidents at the location in the first week, Councilor Anna Sousa, in whose Ward 2 district the program was located, said the data was already showing the pilot was doing more harm than good and called for it to be stopped.

Councilor Rodericks, saying he had heard from disgruntled business owners in the area, and Ward 4 Councilor Ricardo Mourato, who voted against the initial program citing safety issues, backed Councilor Sousa in the 3-2 tally.

Department of Public Works Director Dan Borges said he would do what he could immediately to remove signage and put First Street back to its former state, but cautioned the council it would likely at least a couple of weeks for him to find and hire a road striping company to remove markings on First Street.

In a related item, stemming from the original conversations of the bike lane in June of this year, the council gave the first of two necessary approvals to a revised ordinance sponsored by Councilor Sousa, clarifying oversight of any proposed alterations on city streets.

The body backed wording highlighting, “changes to traffic patterns will require City Council consent for the exception of what may be expressly authorized by the Code of Ordinances.”

A final decision of note from last week’s meeting, the council approved a resolution authoring the administration to enter into a contract with FR Engineering Group to consult on emergency repairs to the seawall at Rose Larisa Park in Riverside.