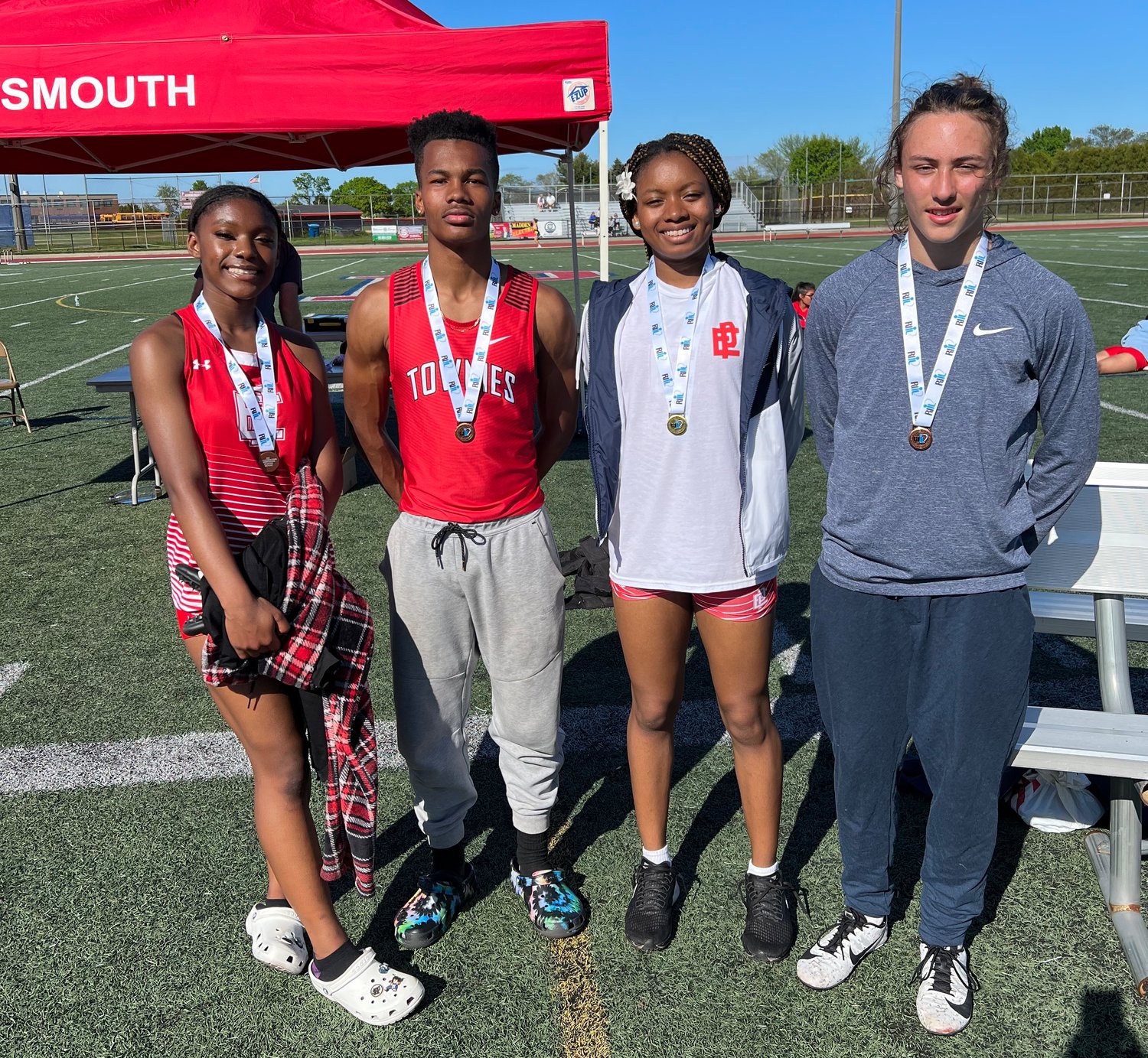 The EPHS girls earned 39 points. Barrington also won the female team title with 159 points. Portsmouth, likewise, was second again with 126 and St. Raphael was third with 64. City-based Bay View was fourth with 61 and Rogers fifth with 54.

Nick Morrison, in the 400 meter dash, and Kenaz Ochgwu, in the triple jump, were the solo winners for the EPHS boys. Morrison was also part of the Townies’ victorious 4x4 relay quartet along with Denzy Suazo, Max Whiting and Kit Ruddock.

Morrison, Whiting, Ruddock and Yusef Abdullah were also second in the 4x1 with a 44.34. Barrington won the race in 43.98.

In the field, Ochgwu won the triple with a distance of 39 feet, 1 inch. He added a fourth in the high jump, clearing 5’6.”

Also in the field, Kameron Threatt added a sixth in the shot put with a toss of 37’2.5.”

EPHS finished second in the 4x4 relay as  Katherene Diaz-Araujo, Clarke, Raphael and Gladys Barrera ran a 4:26.06. Portsmouth won the event in 4:16.25.

Bay View notes
Miller paced the Bengals on the track with her winning time of 1:01.7.

Up next
The EPHS sides next travel to Coventry High School for their Class A Championship Meets Saturday, May 21, while Bay View heads to Exeter-West Greenwich for its Class B Meet the same day.