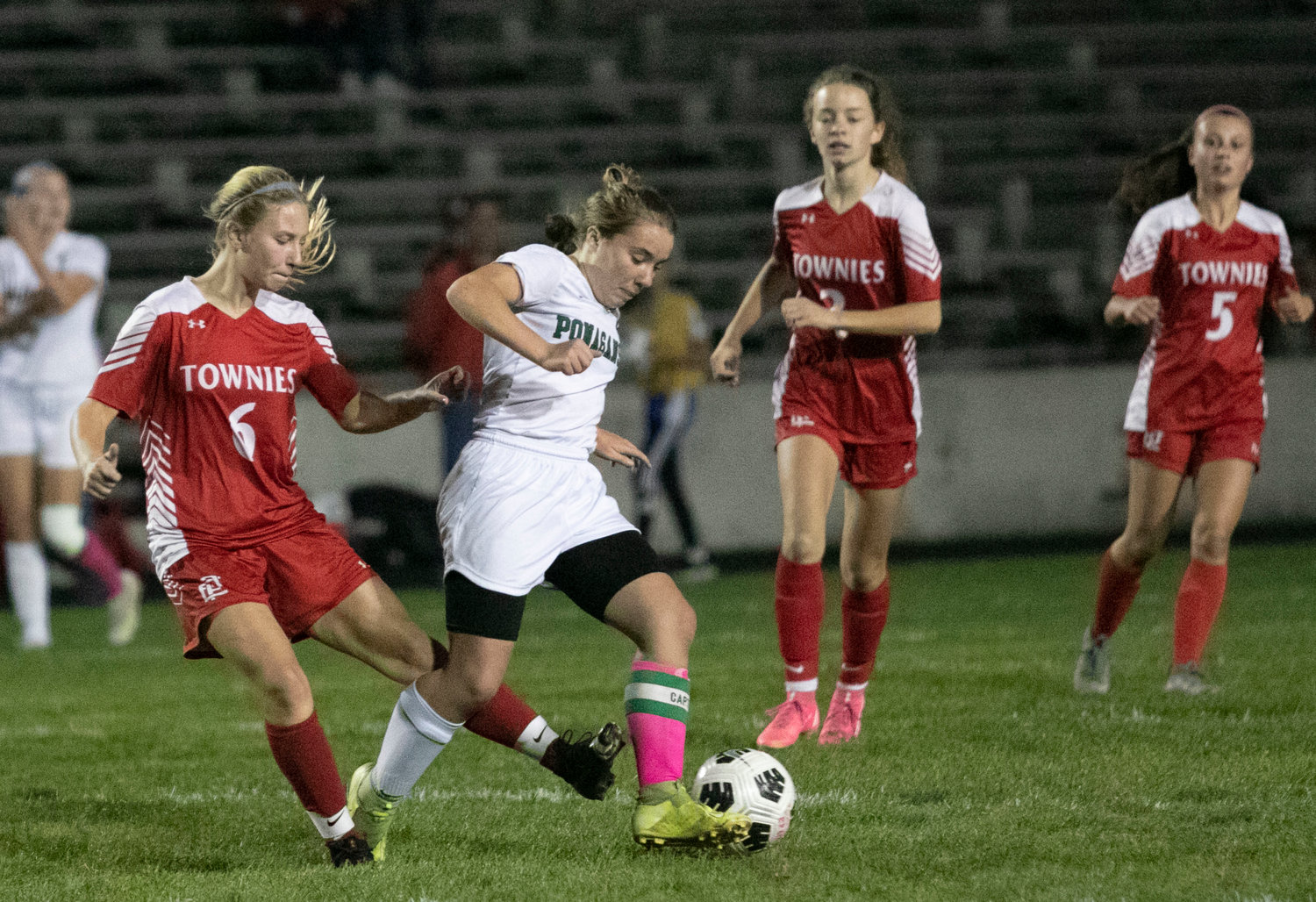 EAST PROVIDENCE — The East Providence High School girls’ soccer team knows its opponent in the quarterfinal round of the Division II championship playoffs after Scituate defeated Lincoln High, 1-0, in a preliminary round game Tuesday night, Nov. 2

The fourth-seeded Townies will host the fifth-seeded Spartans Saturday afternoon, Nov. 6, at the new stadium. First kick is 12:30 p.m.

The contest will be a quick rematch for the sides. EPHS got the better of Scituate just a week as the Townies beat the visiting Spartans, 3-2, also at the new stadium on October 28.

Senior co-captain Lily Budnick scored twice for the Townies, both coming in the first half as EPHS held a 2-1 lead over the visiting Spartans at intermission. The third goal of the evening for the locals, netted by fellow senior Tessa Laroche, came in the second half and proved the difference. Yet another senior, Briana Lopes, and Jordyn Brogan had assists. Keeper Kaylee Davenport, one more senior, was credited with six saves.

Class of 2022 members Budnick, Laroche, Lopes, Davenport, Olivia Williams, Julia Rocha and Susana Soares were honored prior to the playing of their last regular season home game on Senior Night.

The Townies played Prout to a 2-2 draw earlier this week, November 1, on the road against the host Crusaders to end their regular season with an 11-3-2 record, good for fourth place in the D-II table.

Budnick and Ava Soares scored the goals for the locals. Briana Lopes assisted on both. Davenport made 11 saves.

After a scoreless first half, Budnick broke the ice with her goal two minutes into the second, then Soares made it 2-0 locals about 14 minutes in. However, Prout quickly trimmed its deficit to one with a goal around the 18 minute mark and eventually leveled the score with some five minutes to go in the game.

EPHS earned a bye into the quarterfinals of the league playoffs with the win along with the other top four seeds, in order, Chariho, Moses Brown and Prout.