PROVIDENCE — The East Providence High School football team’s dreams of upsetting the No. 1 seeded Central Knights fell short in the final minutes of the fourth quarter as the Townies … 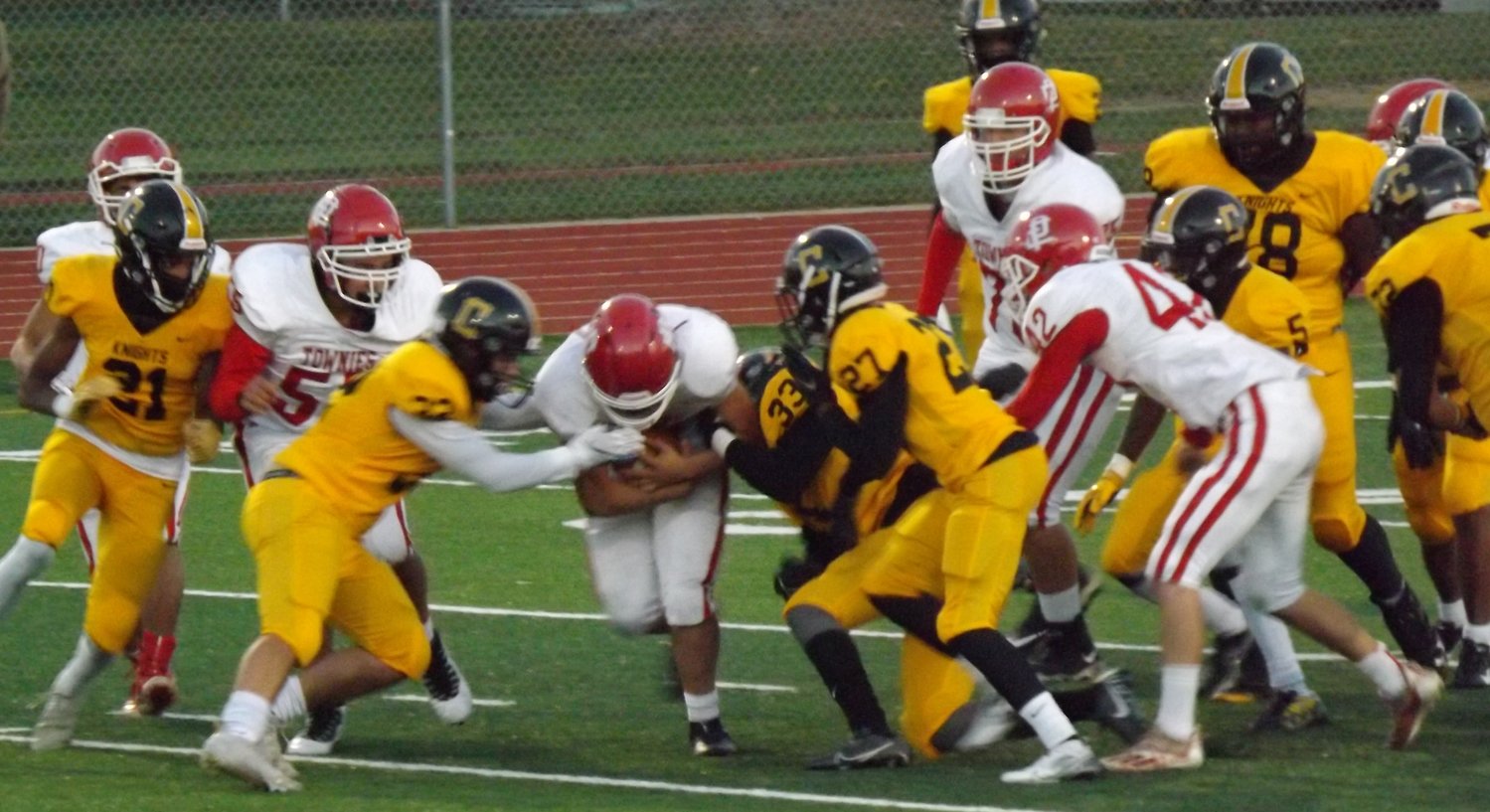 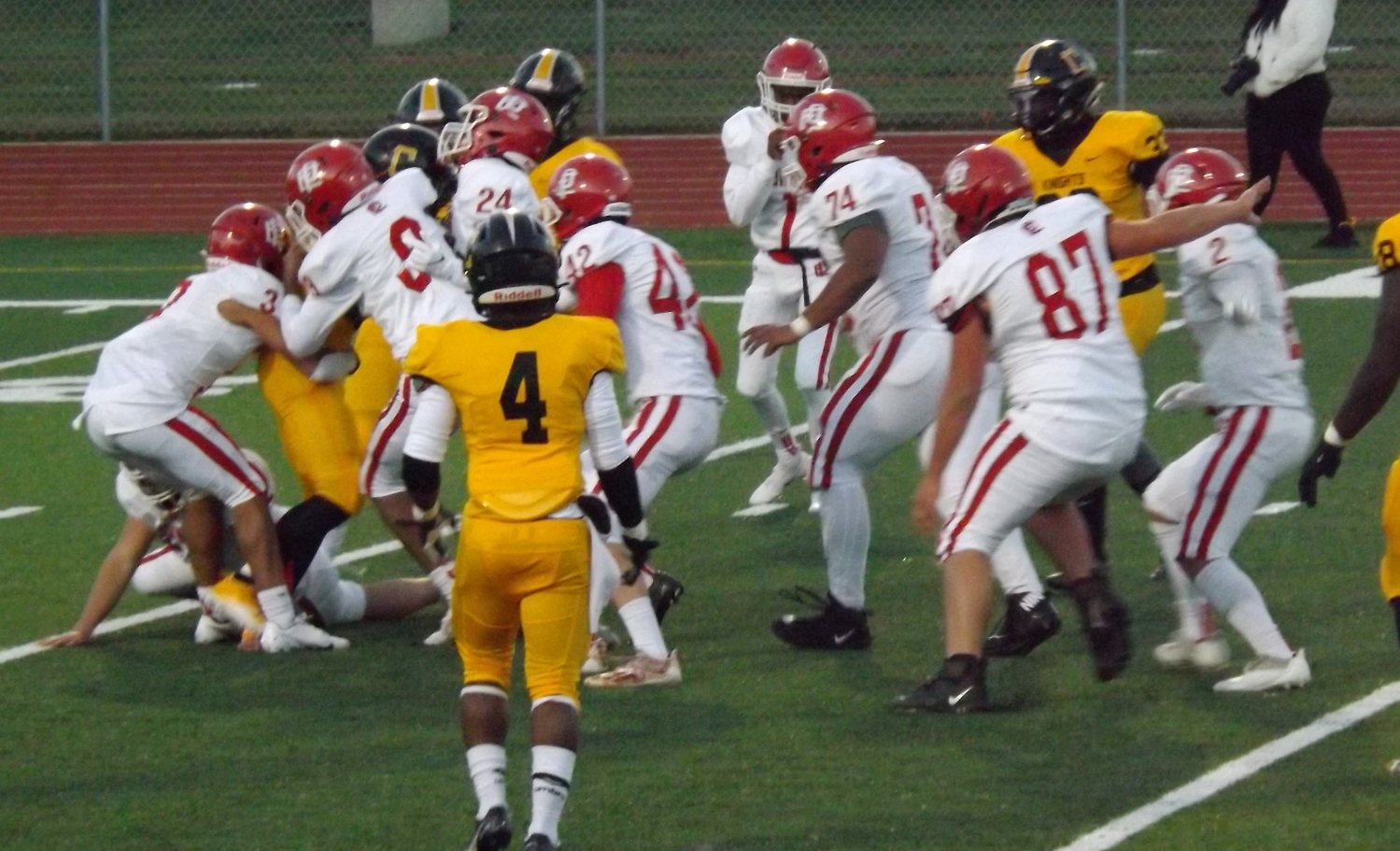 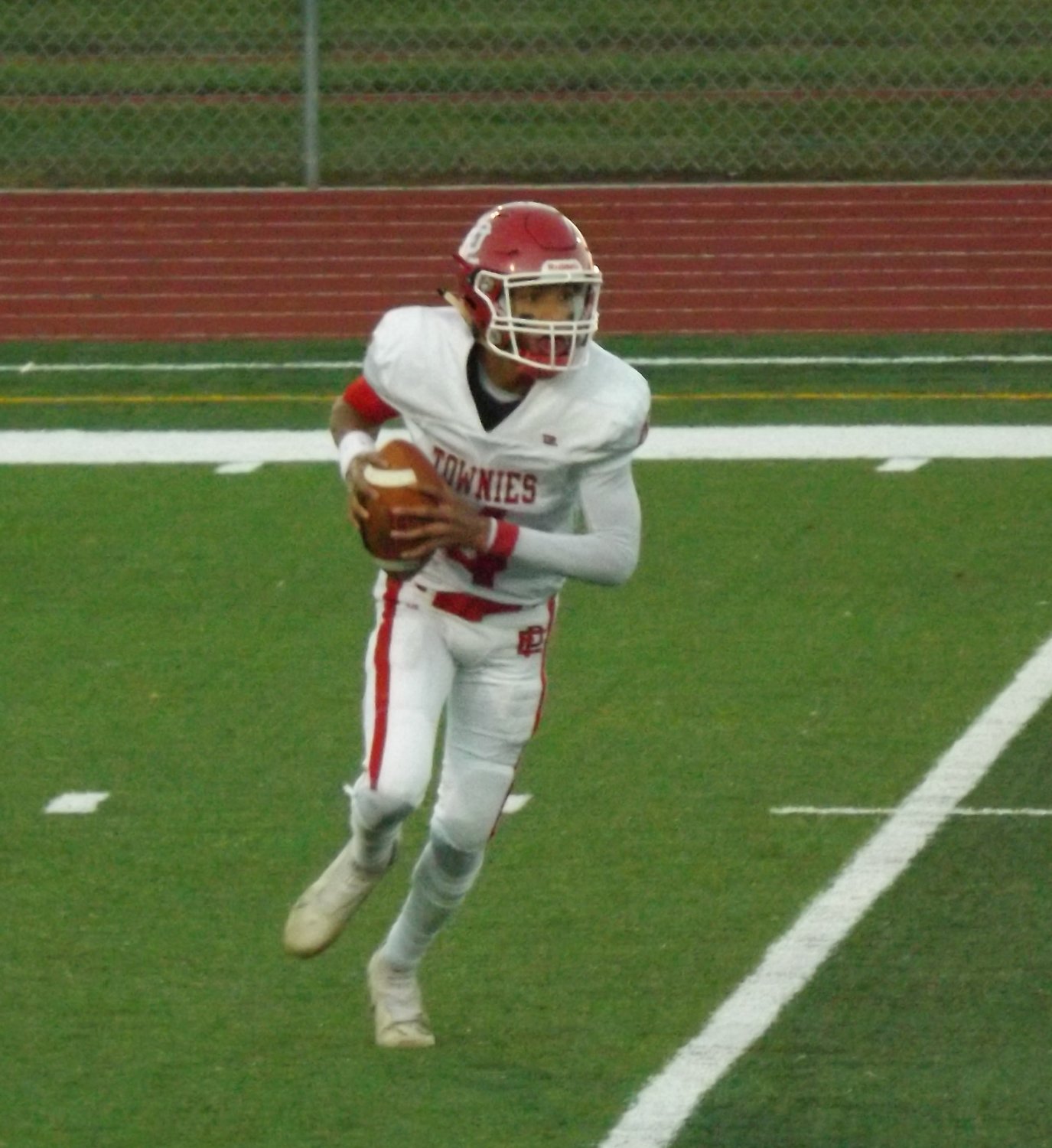 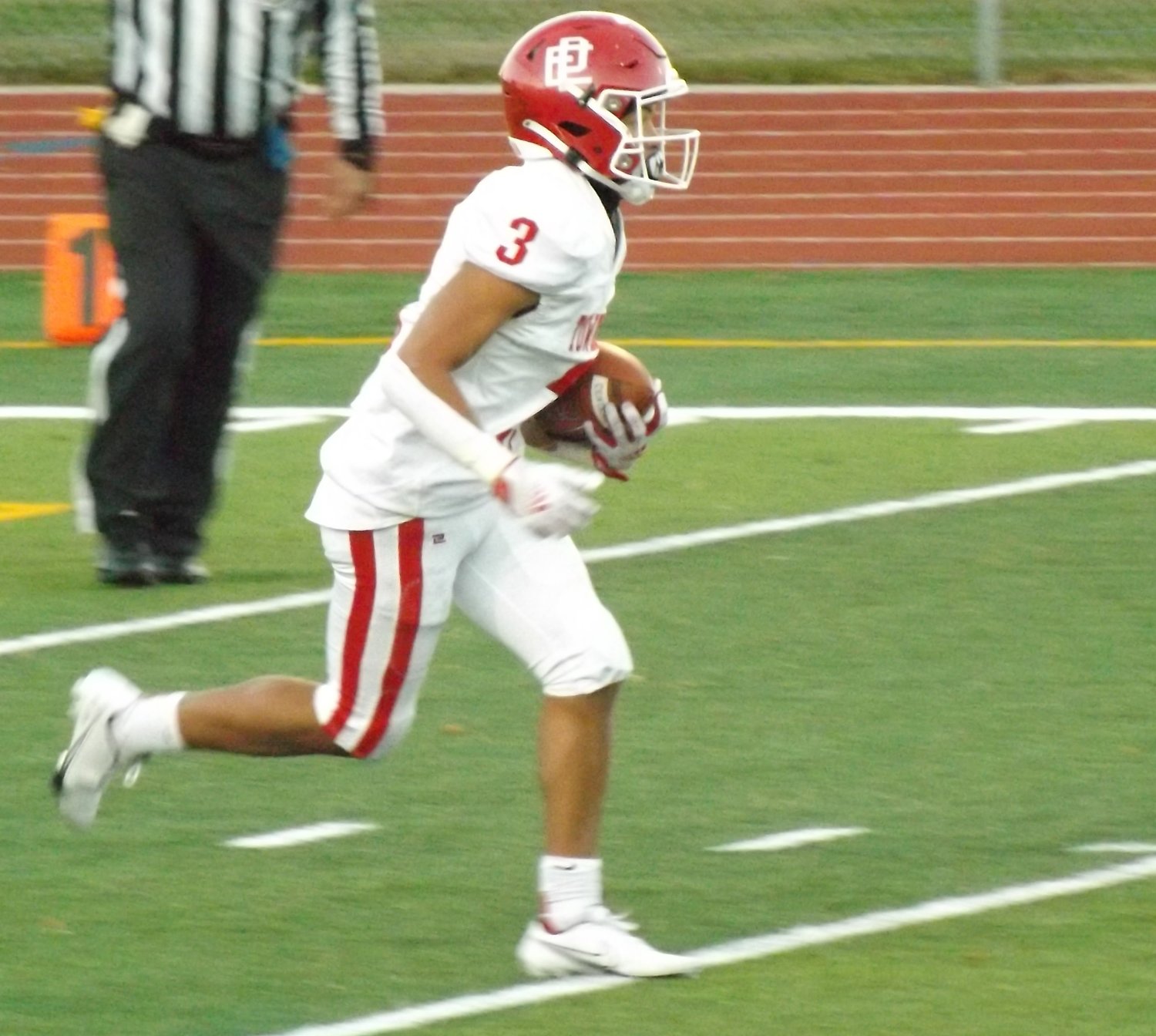 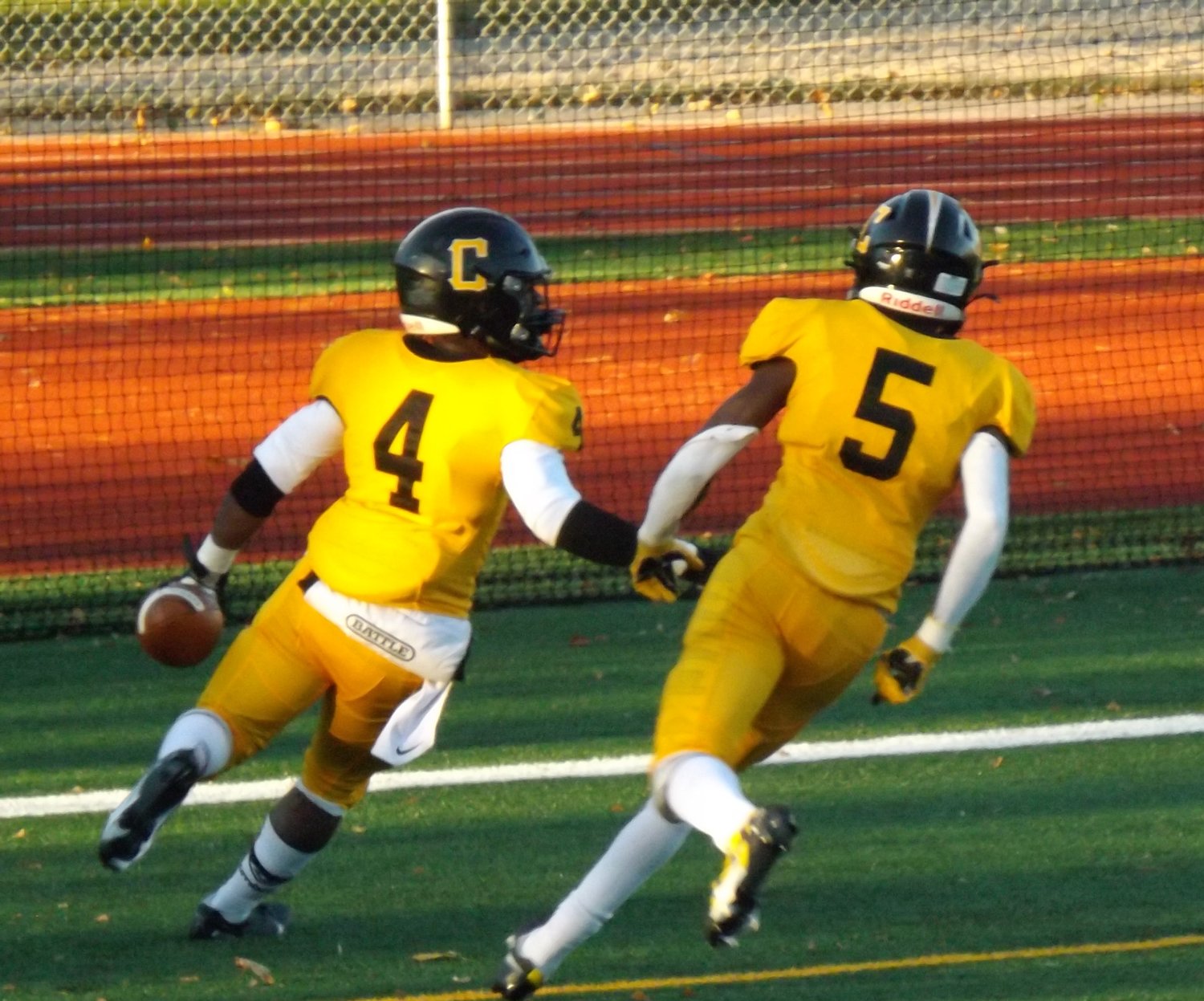 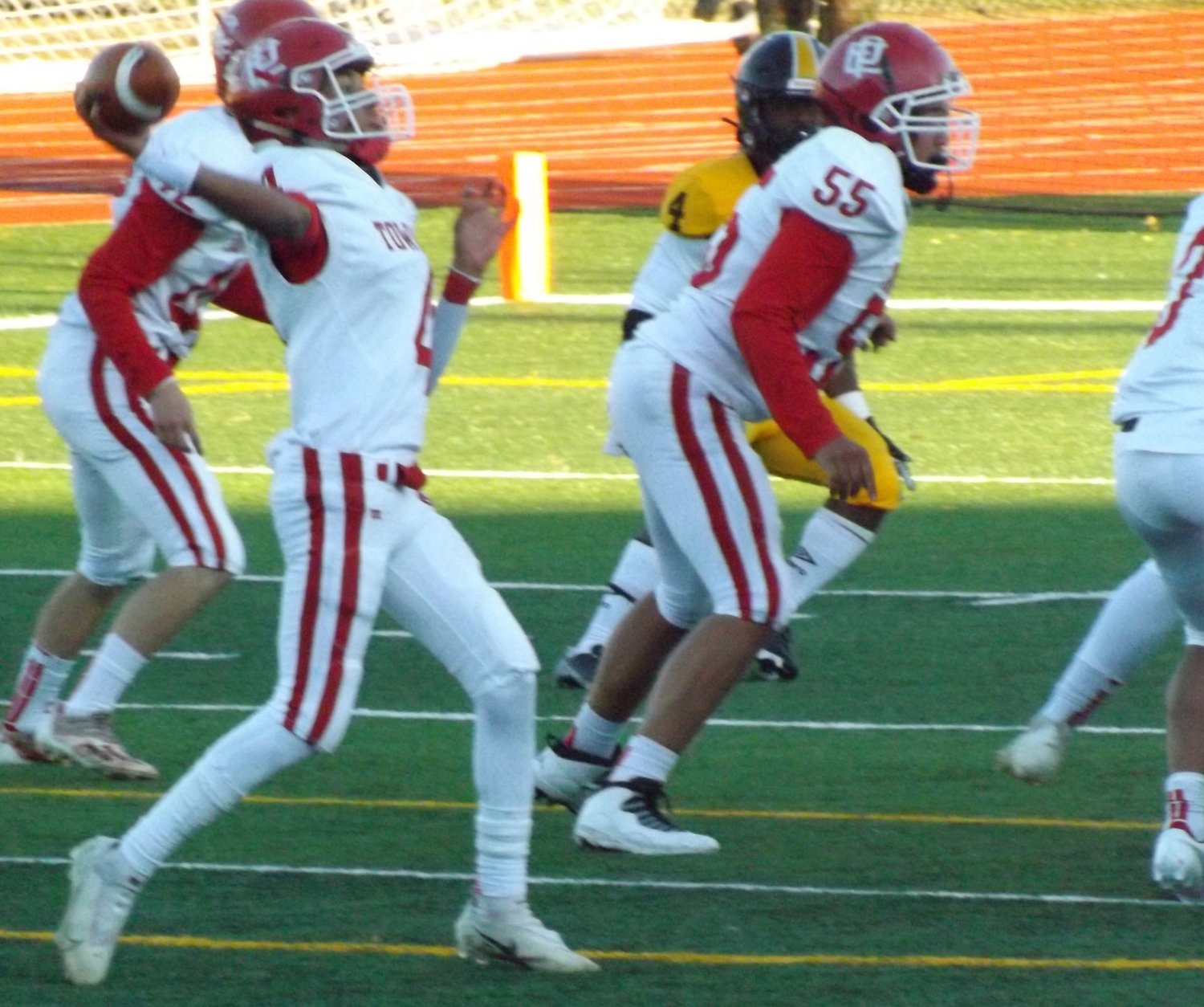 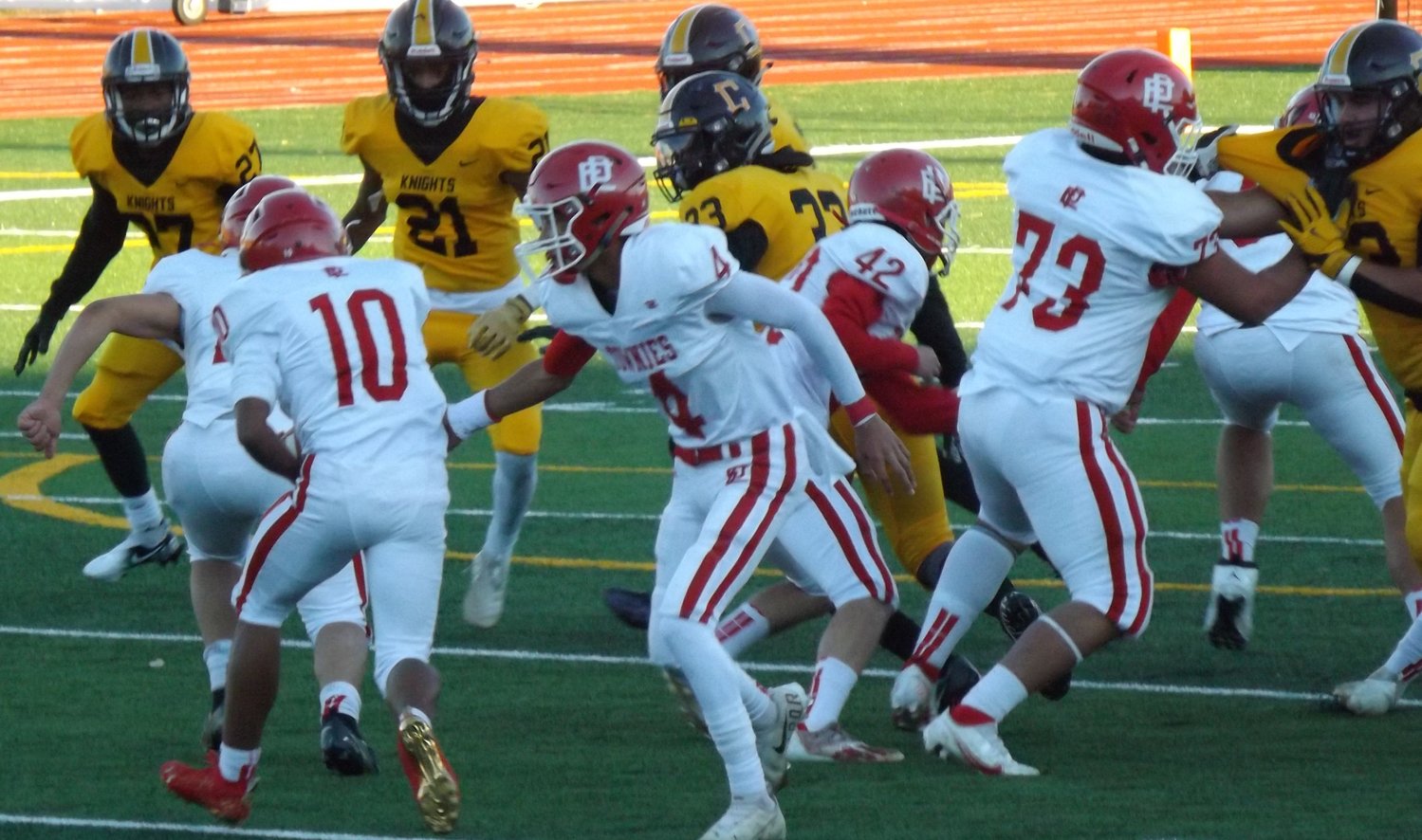 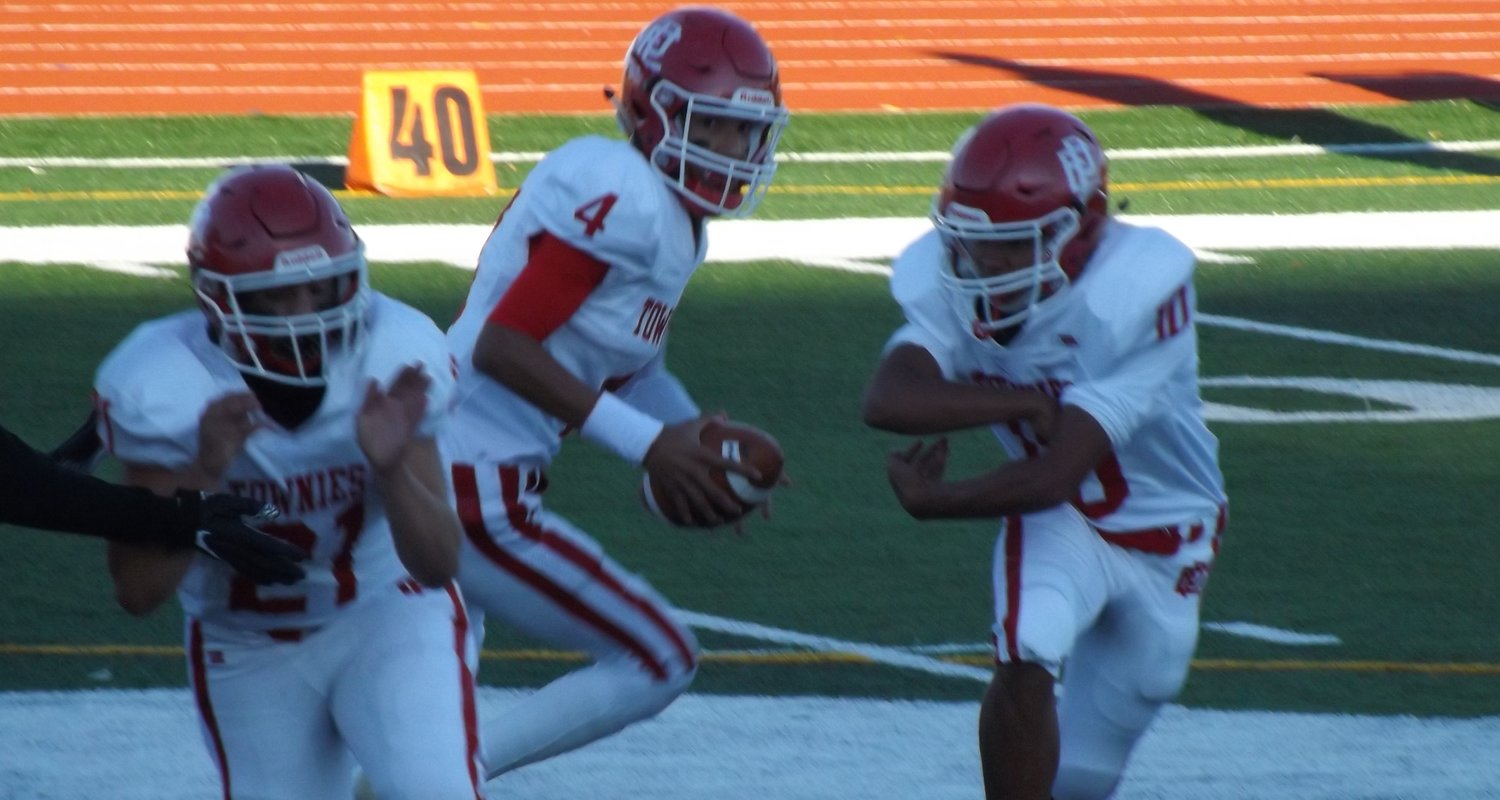 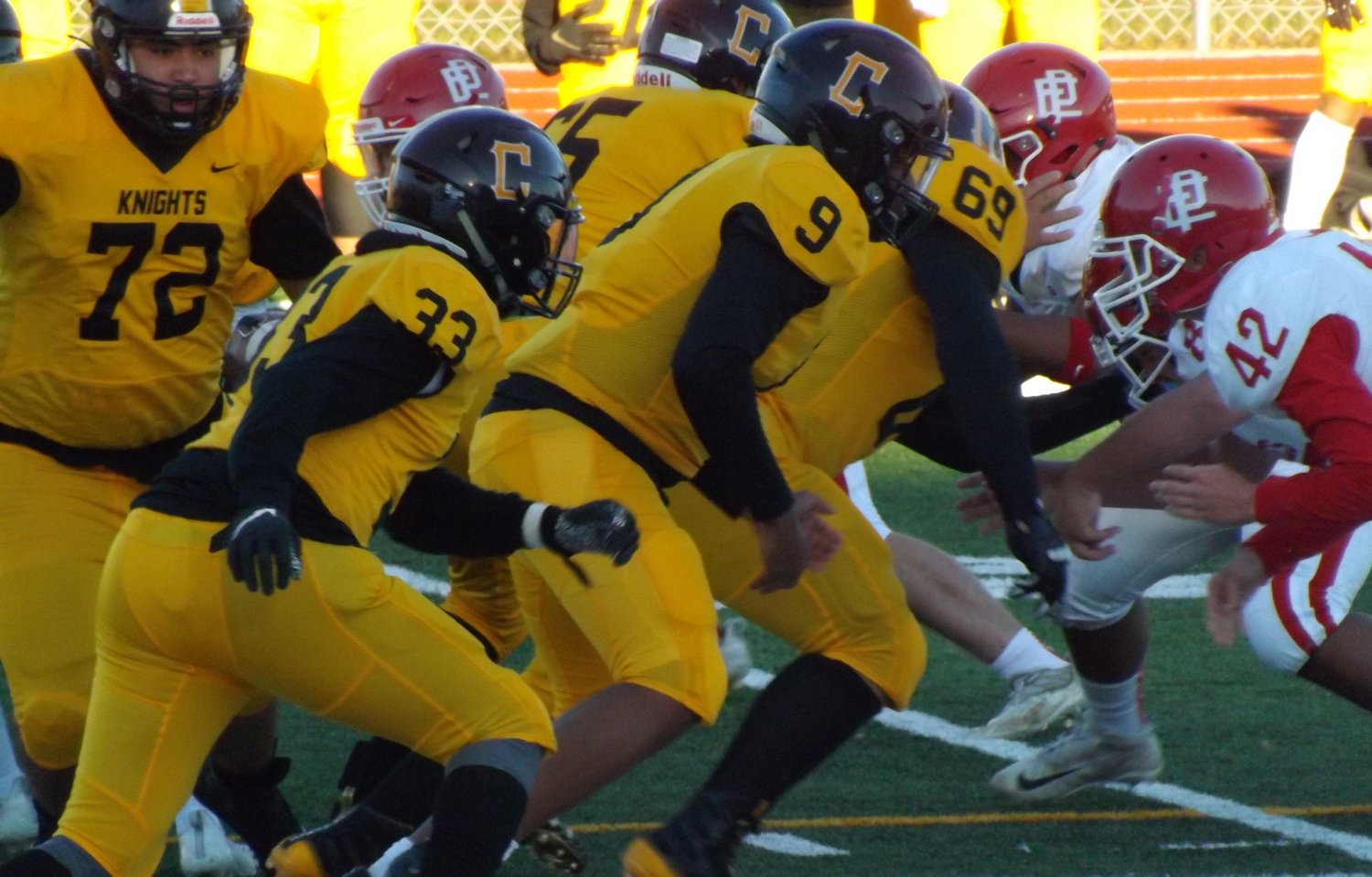 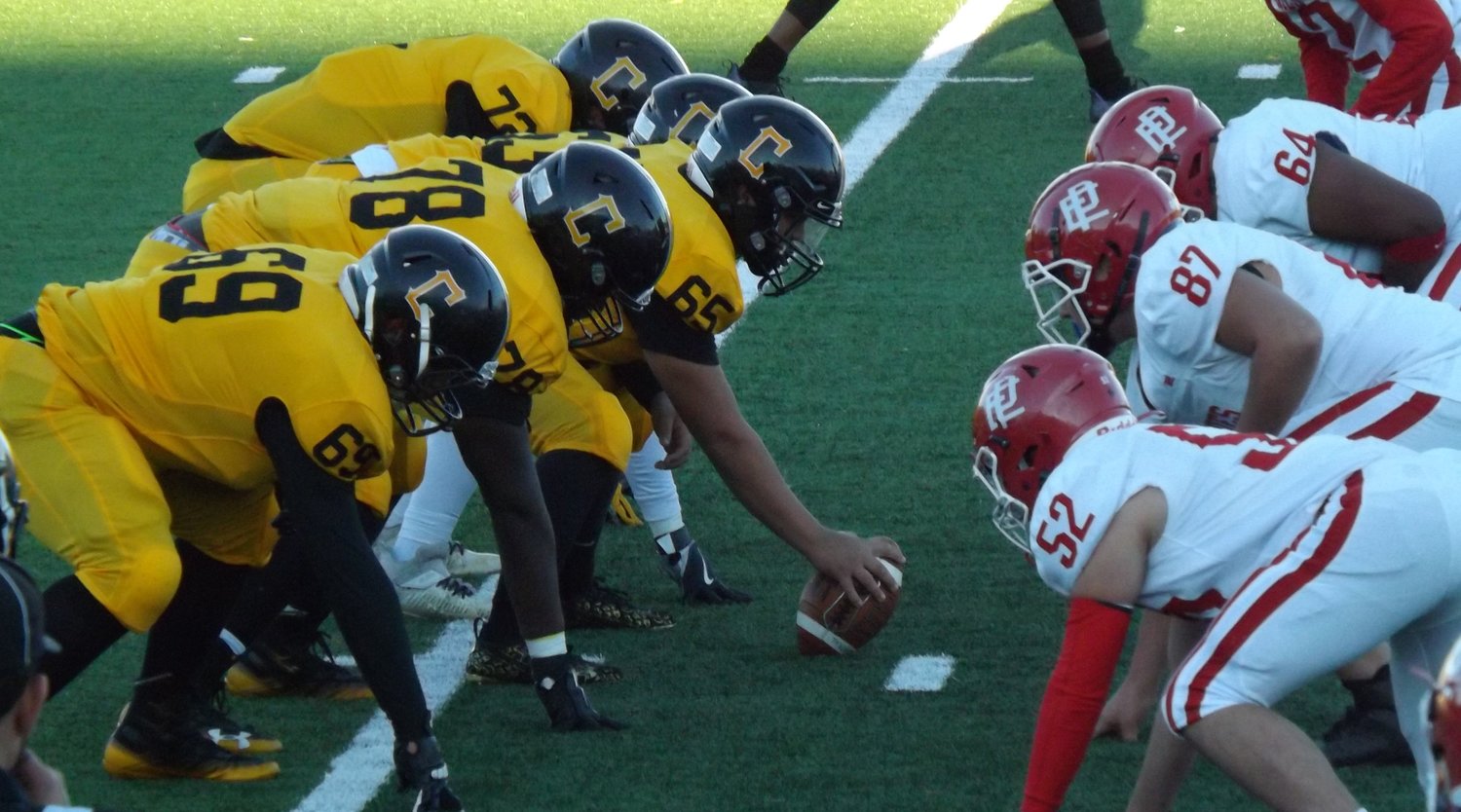 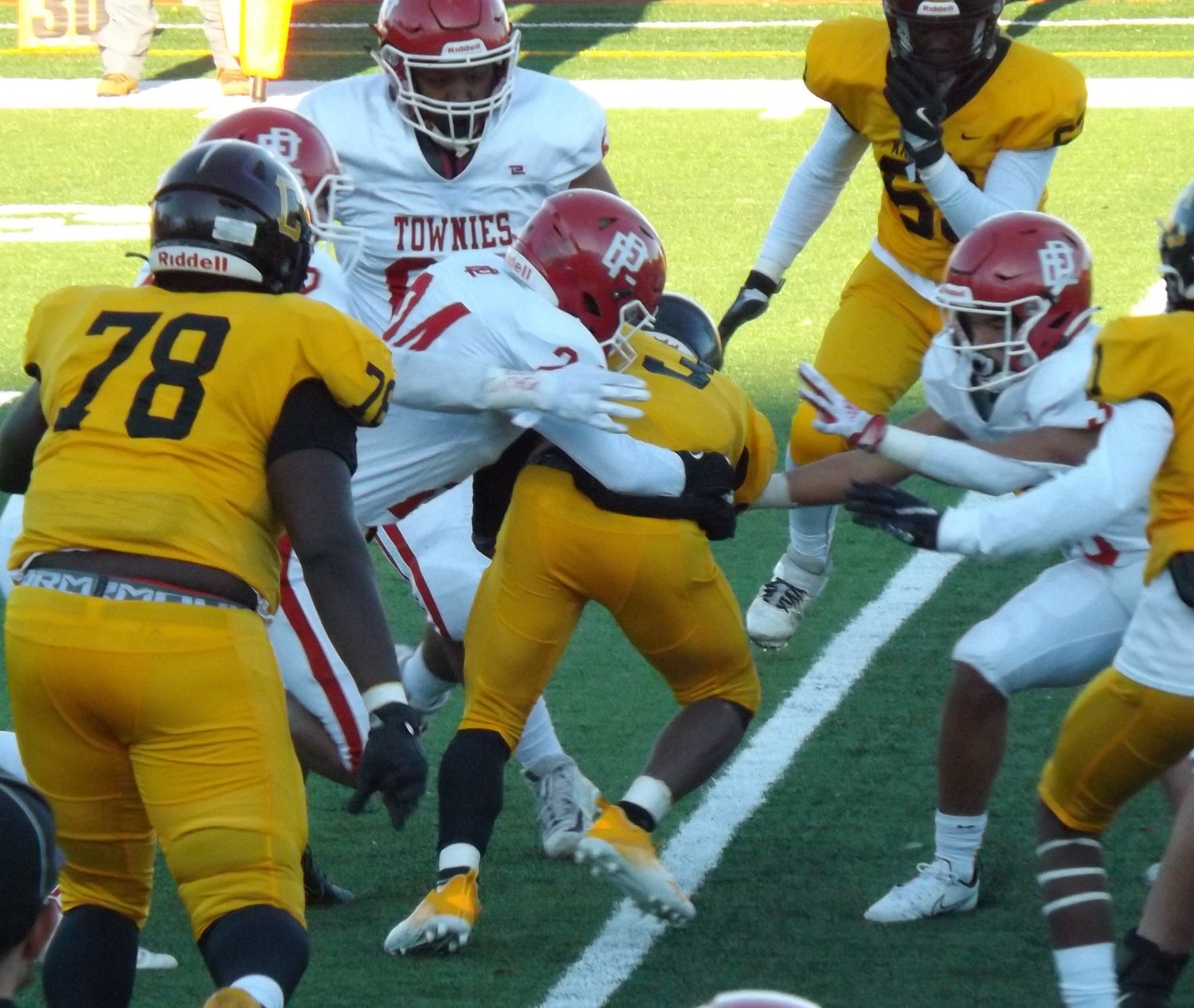 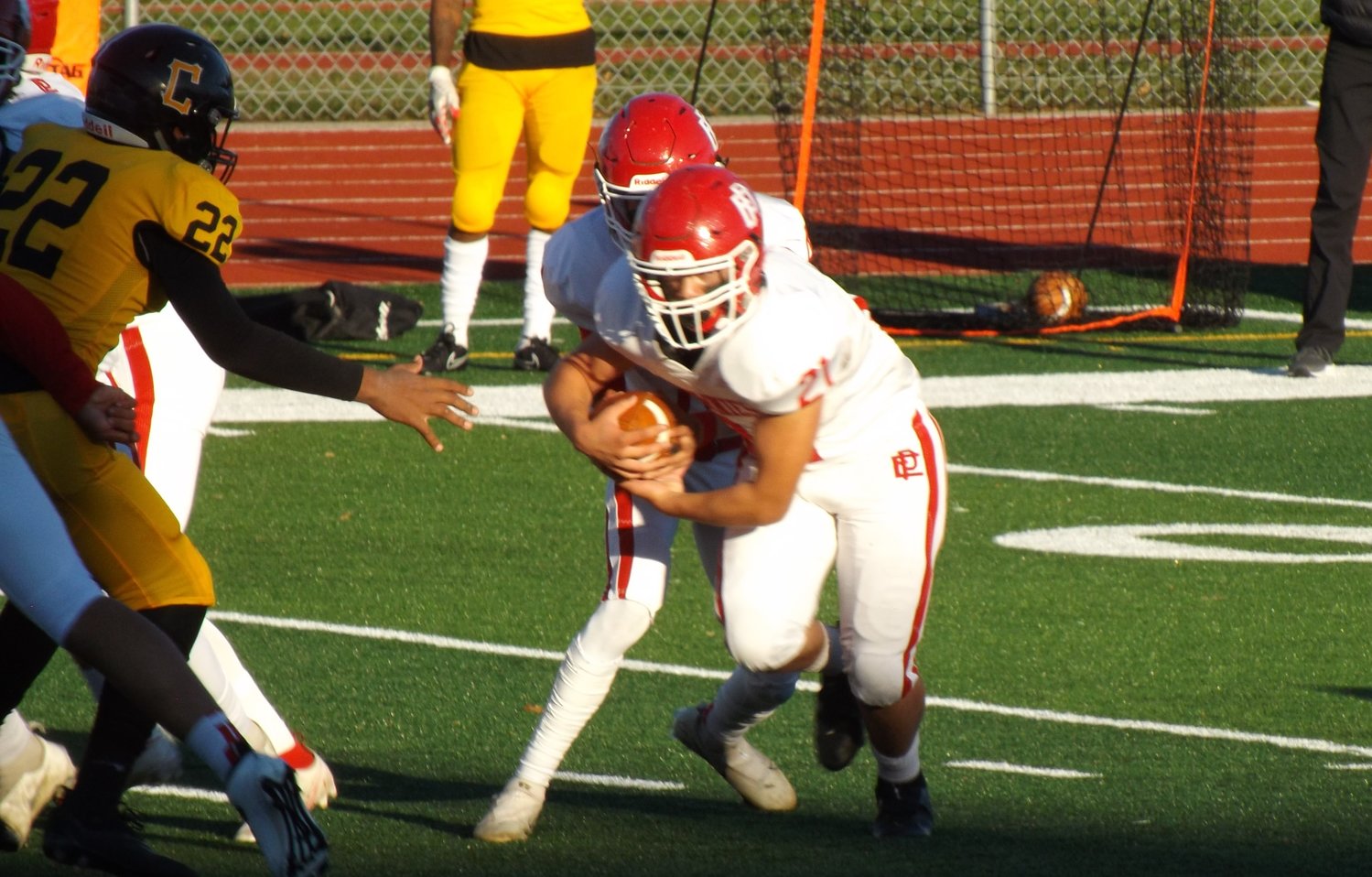 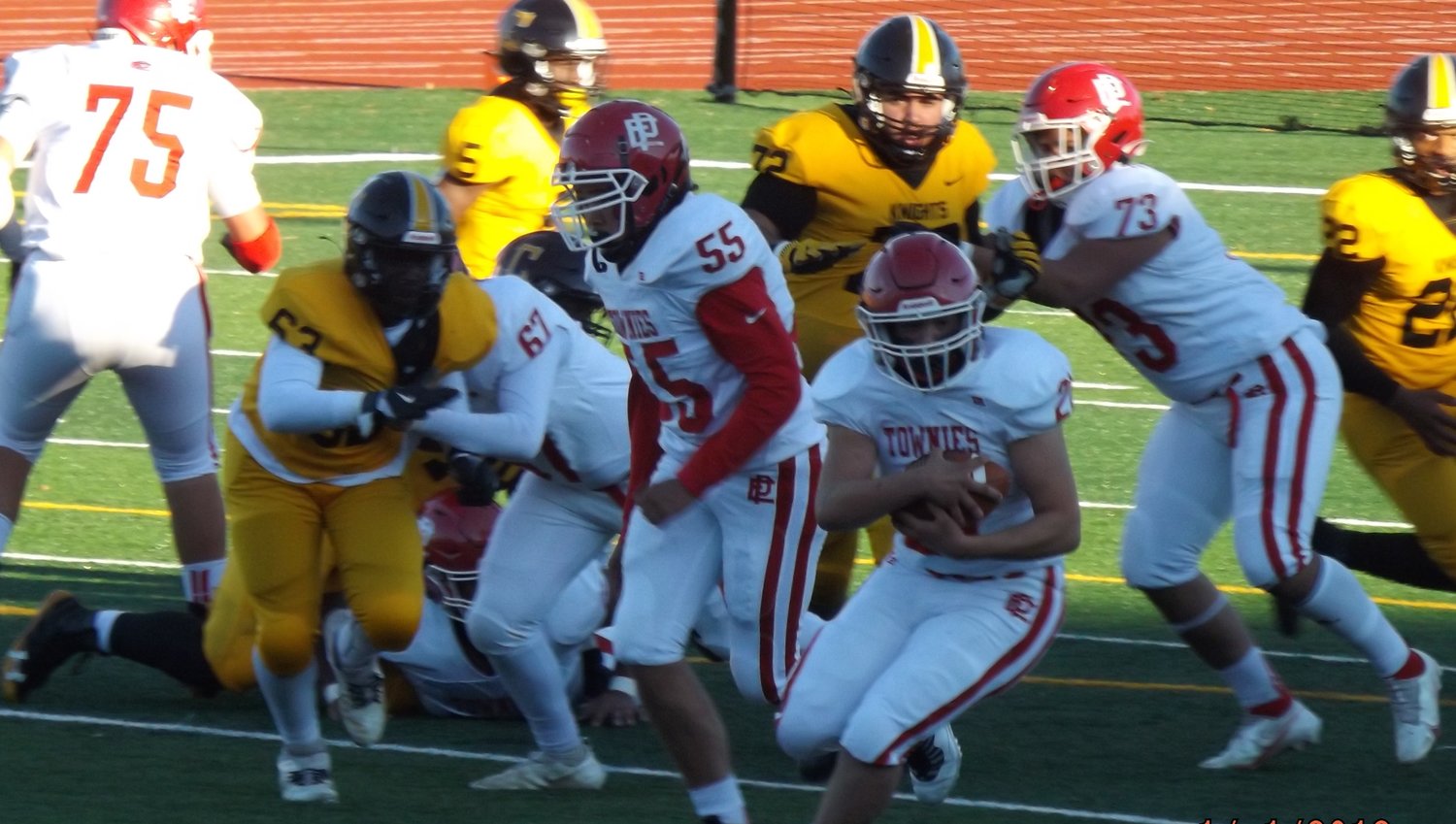 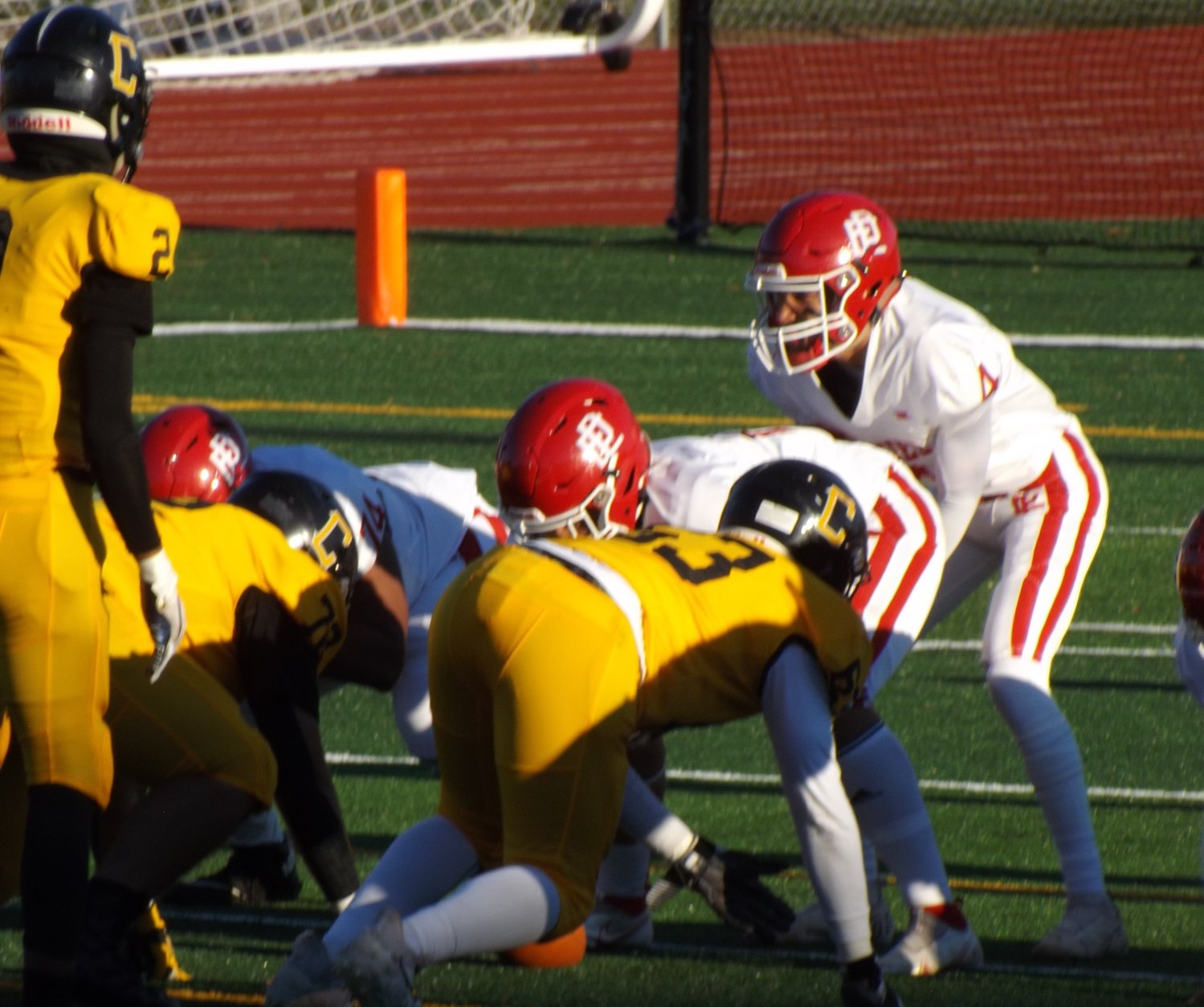 PROVIDENCE — The East Providence High School football team’s dreams of upsetting the No. 1 seeded Central Knights fell short in the final minutes of the fourth quarter as the Townies suffered a 14-6 loss in the opening round of the Division I playoffs Friday afternoon, Nov. 5, at Conley Stadium.

Throughout the first 43 minutes of the game, it had been a defensive showdown for both sides. The only scoring came in the second quarter, with a touchdown for each side. But once Central got the ball back with 9 minutes and 40 seconds to go in the game, the Knights never looked back.

The Knights, who received the ball after the Townies won the coin toss and deferred, showed glimpses of why they were the top seed in the D-I bracket. Senior quarterback Dionte Andrada scrambled for 28 yards to bring Central into East Providence territory, where senior running back Judan Varfley carried a run of 12 yards on the following play.

But the Townies defense shut down Central on the next three plays to force a punt, and EP took over possession of the ball. On the opening offensive drive, the Townies had three fumbles in the first seven plays, all recovered by East Providence. Senior running back Denzy Suazo carried the Townies for their only first down conversion on the drive before punting back to Central.

At their own 37 facing a third-and-six situation with the first quarter winding down, Varfley led the Knights to a first down run. Only two plays later a fumbled ball punched out by the Townies defense was recovered by junior Yusef Abdullah, setting East Providence in prime field positioning. Sophomore Steven Clark Jr. carried two, first down runs before the end of the fourth quarter.

Facing fourth-and-four at the Central 16, the offensive stayed on the field. Junior quarterback Max Whiting, after faking a handoff in the backfield, rolled out to his right and ran for a gain of 15, spotting the Townies at the one yard line. After squandering the first two attempts and two penalties setting up fourth and eleven, Whiting ran the play again for 11 yards and the touchdown.

As usual on the season, the Townies went for the two point conversion handoff to Clark, but the ball came up short of the endzone, leaving the Townies with a 6-0 lead. It only took the Knights three plays to even the score. The drive was capped off with a 54 yard run to the end zone from junior running back Theron Zarwea. With the extra point being good, Central went up one with the first half coming to a close.

Three plays out of the half, the Townies faced a third and 22 situation deep in Knight territory. With little ground being gained, East Providence lined up in punt formation. The punt reached the Knight returner before being bobbled out of his hands and recovered by freshmen Colin Roche, giving the Townies the ball back at the Knight 44. On third and 11 at midfield, a Whiting pass attempt to an open Jacob Poore 15 yards out was dropped.

From here, action turned to a back and forth punting contest on both sides to carry the game into the fourth quarter. With East Providence getting the ball to start the fourth quarter, a crucial drive to climb back into the driver's seat turned into another three and out. EP punted back to the Knights with 9 minutes to go, where the Knights drained the clock with it’s running game. Andrada counted for two, first down runs, as well as one from Varfley and senior Isiah Briggs. With 1:30 to go, Varfley barged into the endzone to go up by eight.

With the only progression being a 20 yard gain from senior Joel Arias off a Whiting pass, Whiting missed intended receiver Abdullah at midfield with no time left to go.

East Providence still has at least one game remaining in the 2021 season, when 11 seniors will be set to take the field for the Townies for the final time in the annual Thanksgiving morning game against the La Salle Rams back in Providence.

Parent is an EPHS sophomore who contributes to the athletic department’s Twitter feed, @EPtowniesSports.