The East Providence High School outdoor track and field teams continued their respective postseasons last weekend, vying in the Class A Championships held at Coventry High School on Saturday, May 21, … 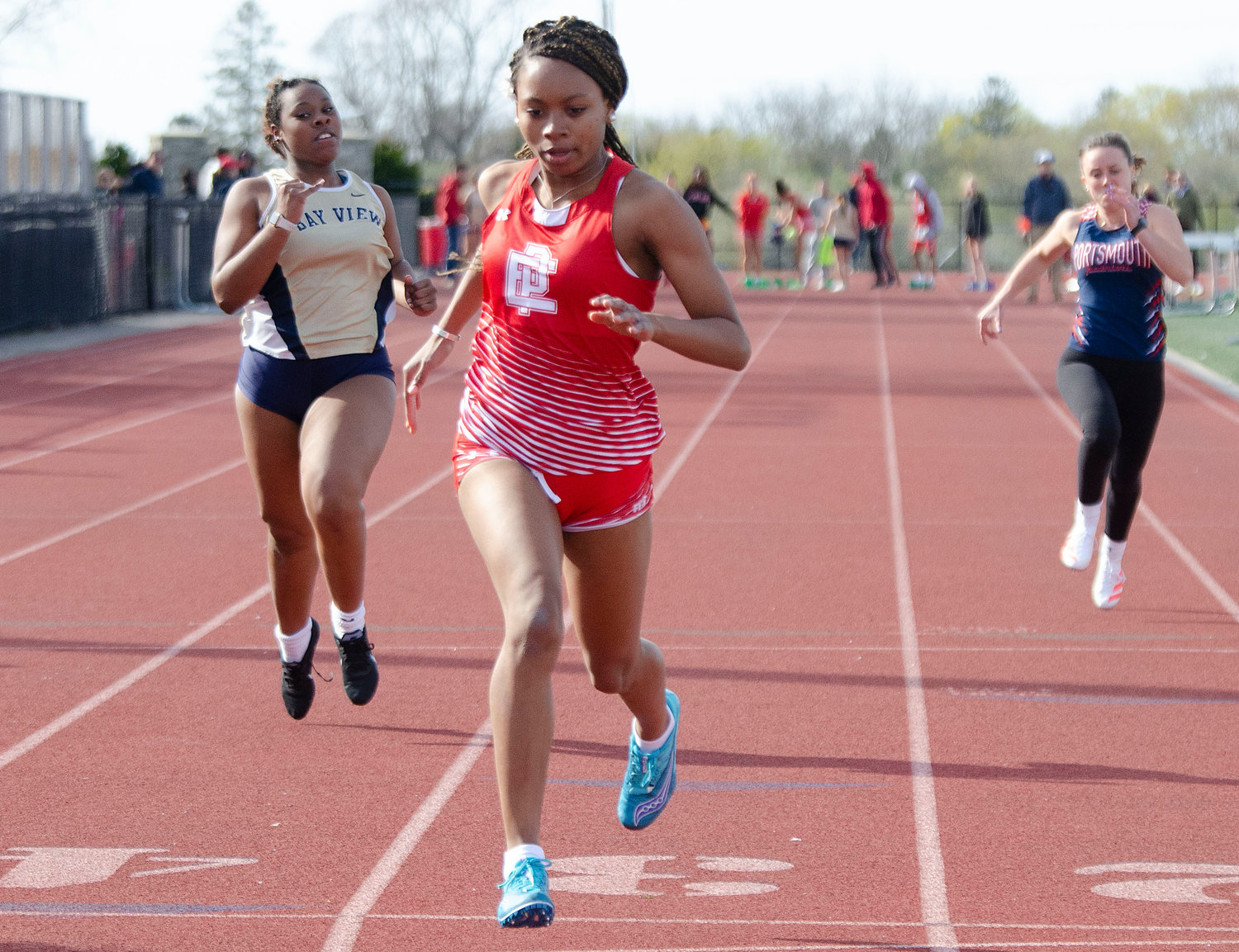 East Providence High School's Nazarae Phillip wins the 100 meter race during a regular season meet in Portsmouth earlier this spring. Late weekend, Phillip accounted for all of the Townies' points in the girls' Class A Championship meet in Coventry.
Photo by Richard W. Dionne Jr.
Posted Sunday, May 22, 2022 9:56 am

The East Providence High School outdoor track and field teams continued their respective postseasons last weekend, vying in the Class A Championships held at Coventry High School on Saturday, May 21, where the Townies placed eighth and 13th, respectively, in the boys’ and girls’ competitions.

The Hawks have won every year since claiming the first team title in school history in 1978. The only thing to interrupt the streak was the cancellation of the 2020 season due to the onset of the COVID-19 pandemic.

More boys’ notes
The Townies had a pair of runner-up results individually.

Nick Morrison was second in the 400 meters with a time of 50.56 seconds, nipped by the narrowest of margins at the tape by Mount Pleasant’s Denzel Young, who was clocked at 50.55.

The Townies’ other points came in the relays. East Providence ran fourth in both the 4x100 and 4x4 events.

More girls’ notes
Freshman standout Nazarae Phillip accounted for all six of East Providence’s points with fourth and fifth-place runs in the 100 and 200 meter races.

Phillip clocked a time of 12.88 in the dash, which was won in a new class meet record time of 12.44 by Cranston West’s Ailani Sutherland. The former record, 12.55, was only set a year ago by North Kingstown’s Sadie Souls.

Suraily Sam collected the lone victory for the Bengals, winning the shot put with a toss of 35’11,” a distance which was also good enough to qualify the junior for the state meet. Sam was also second in the discus, throwing 85’3.” Narragansett’s Kylee Bennett won with a toss of 86’10.” Bay View teammate Jayli Sivels was fifth with a 64’4.”

Up next
The local entries are back in action at state meet qualifiers Saturday, May 28; the girls at Conley Stadium in Providence and the boys at Bishop Hendricken in Warwick.