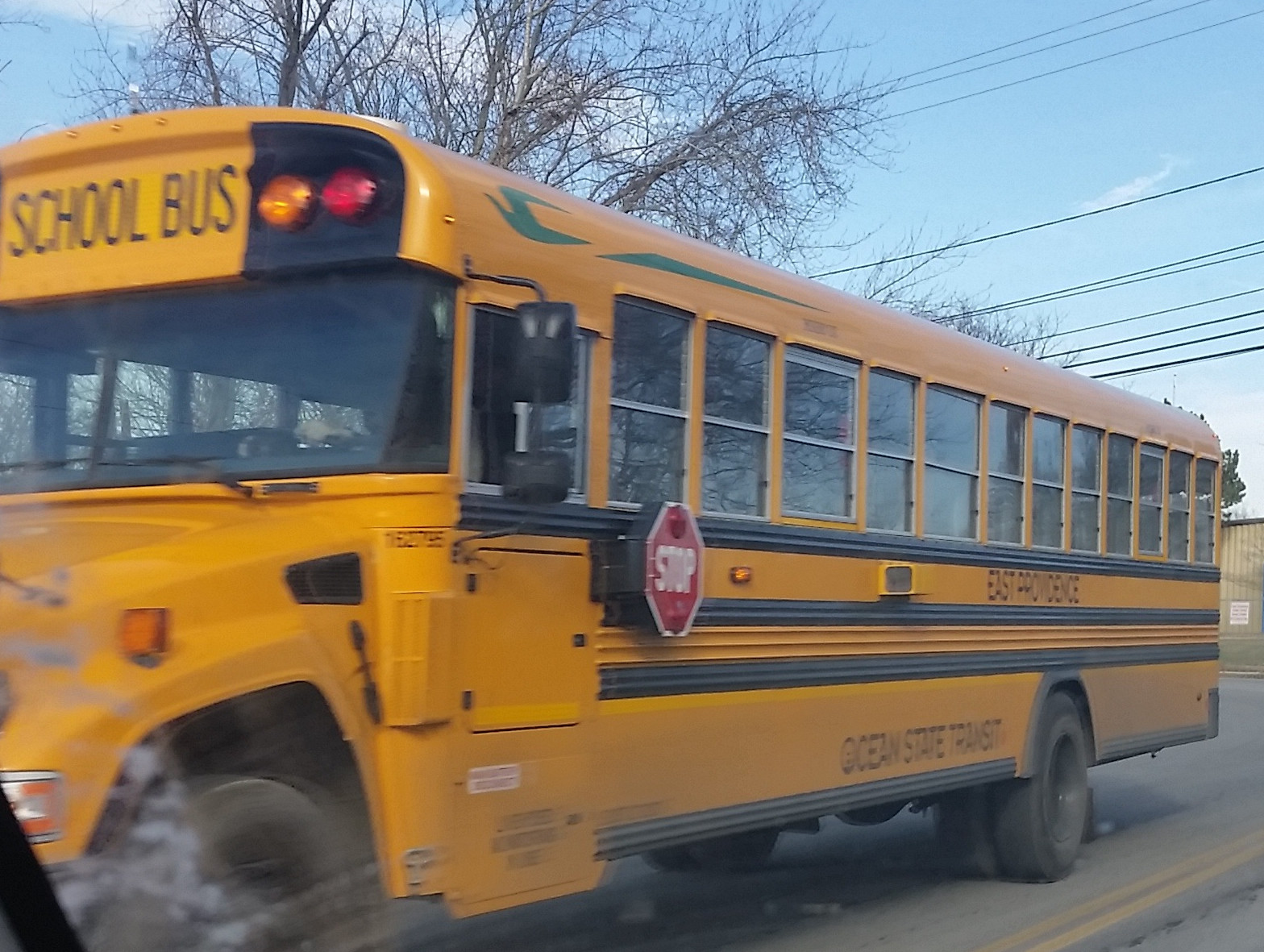 EAST PROVIDENCE — East Providence Police recovered nearly three dozen batteries stolen from buses in the Ocean State Transportation lot located on Commercial Way overnight Wednesday, Oct. 25, which forced a two-hour delay to the start of East Providence schools later that morning.
Initially, East Providence Police Detective Lieutenant Raymond Blinn said the department was investigating the matter, but offered up few other details. Lt. Blinn did confirm the number of buses vandalized was approximately 30, adding the batteries in each of the vehicles were stolen.
Later Wednesday, Lt. Blinn provided an update, noting EPPD detectives recovered 33 batteries stolen from the buses.
East Providence Schools Superintendent Kathryn Crowley issued an urgent announcement through the press and social media very early Wednesday morning, approximately 6 a.m., upon being notified of the incident. The start of school was delayed two hours across levels.
“Ocean State Transportation handled the situating beautifully. As soon as they became aware of the situation, that they weren’t going to be able to handle the schedule as usual, they reached out to us right away,” Superintendent Crowley said. “(Schools Director of Operations) Diana Clarkin called me at about 6 a.m., and we started the process immediately, posting on SkyAlert (early warning phone application) to the parents and getting the message out through the media.”
The superintendent commended the efforts of Director Clarkin and her counterpart Tony Feola, Director of Facilities/Security. Facilities Department personnel started work early Wednesday, driving by bus stops to alert high school students unaware of the situation.
Classes at East Providence High School eventually began at 9:25 a.m., at Martin and Riverside Middle Schools at 9:55 and at the elementary schools 10:30. The superintendent said it was imperative to get youngsters who receive breakfast at schools get in at reasonable time to eat.
“The batteries have since been returned to the bus company,” said Lt. Blinn. “We did develop suspect info which we will be following up. The batteries were recovered from Berger Recycling in Pawtucket after the owner saw the noon newscast. We thank Berger Recycling for their assistance in this matter.”