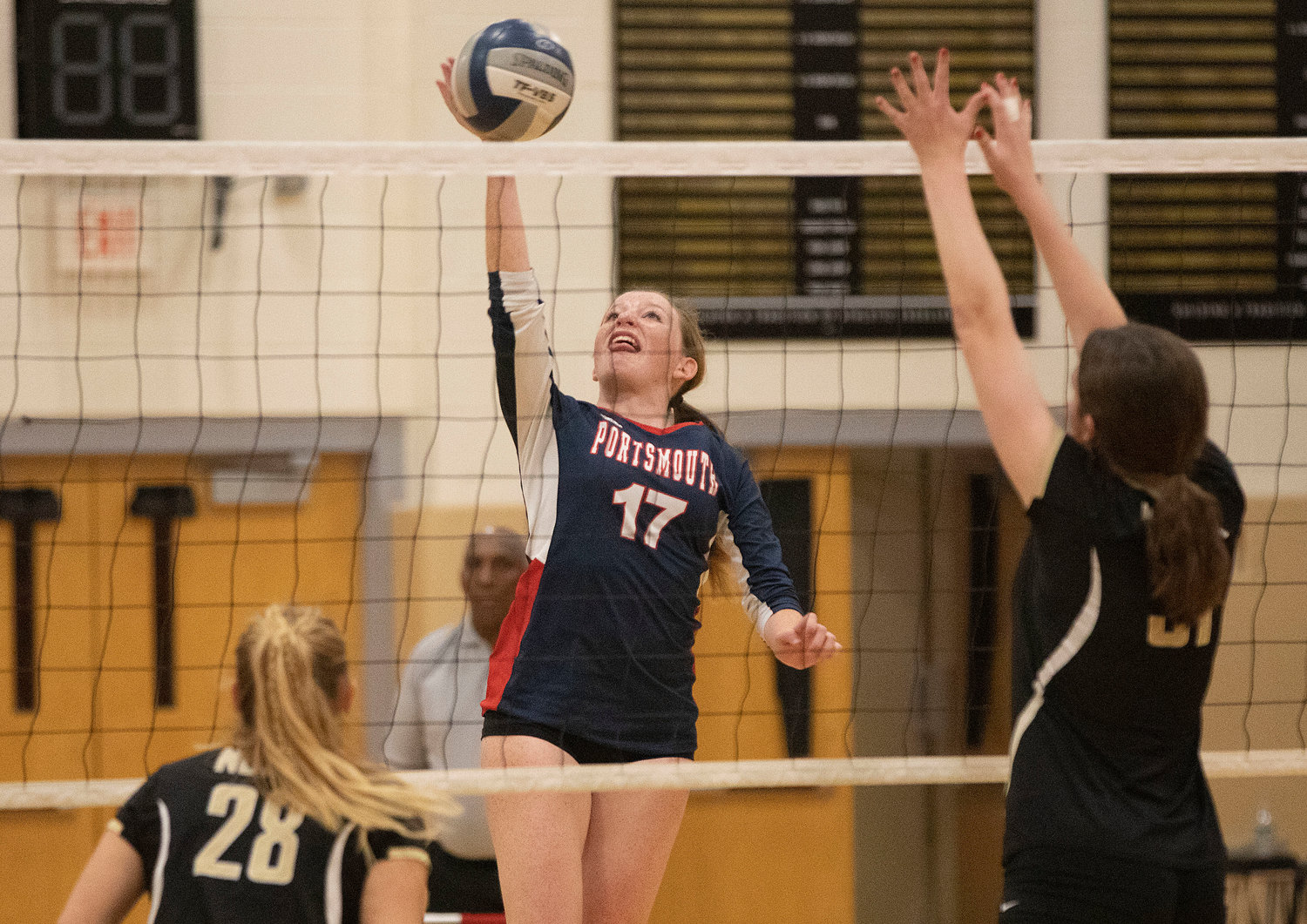 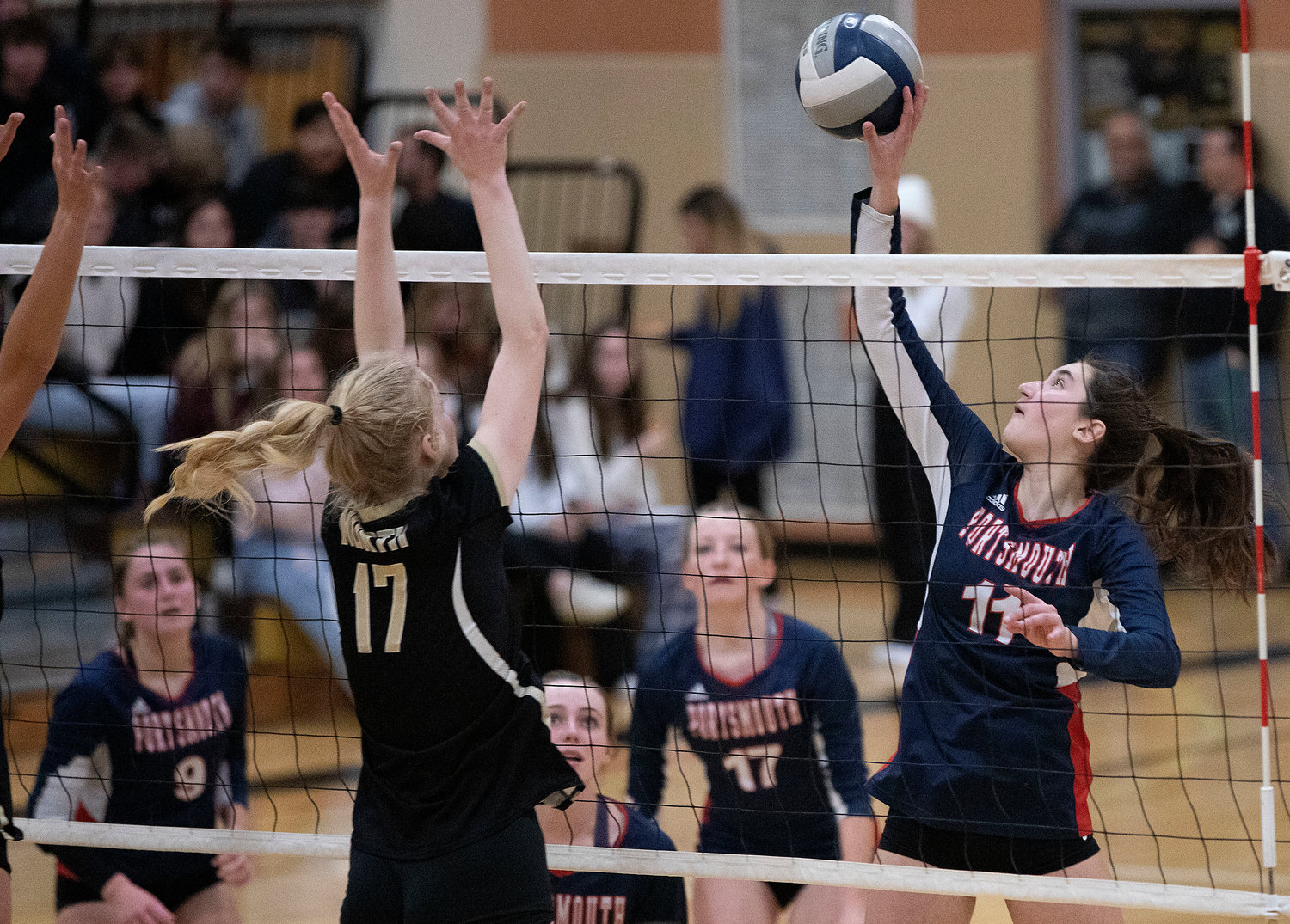 Hailey Labonte slams the ball over the net as teammates look on.
RICHARD W DIONNE JR 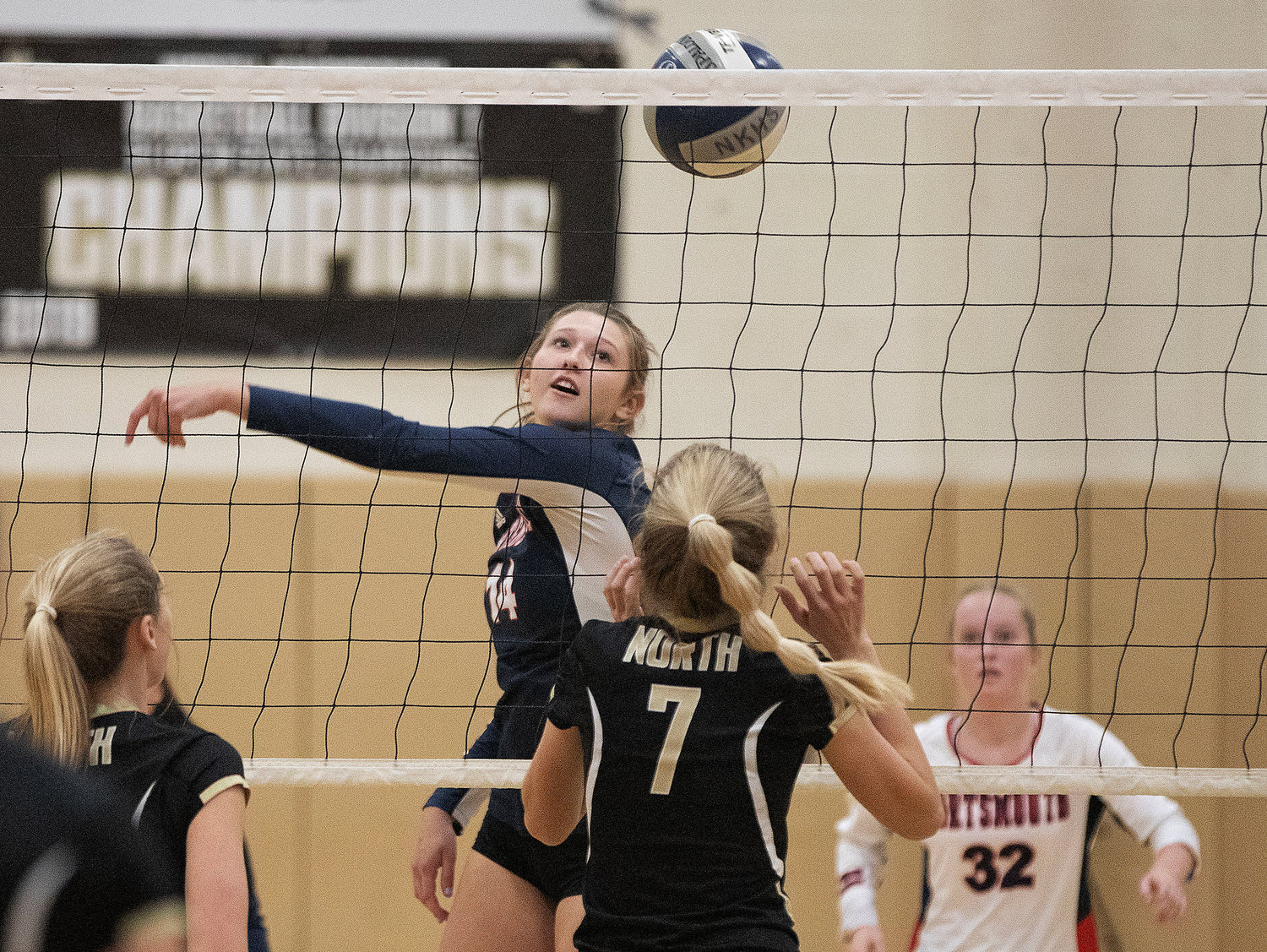 Casey Mogan tips the ball over the net for a Patriots’ point.
RICHARD W DIONNE JR 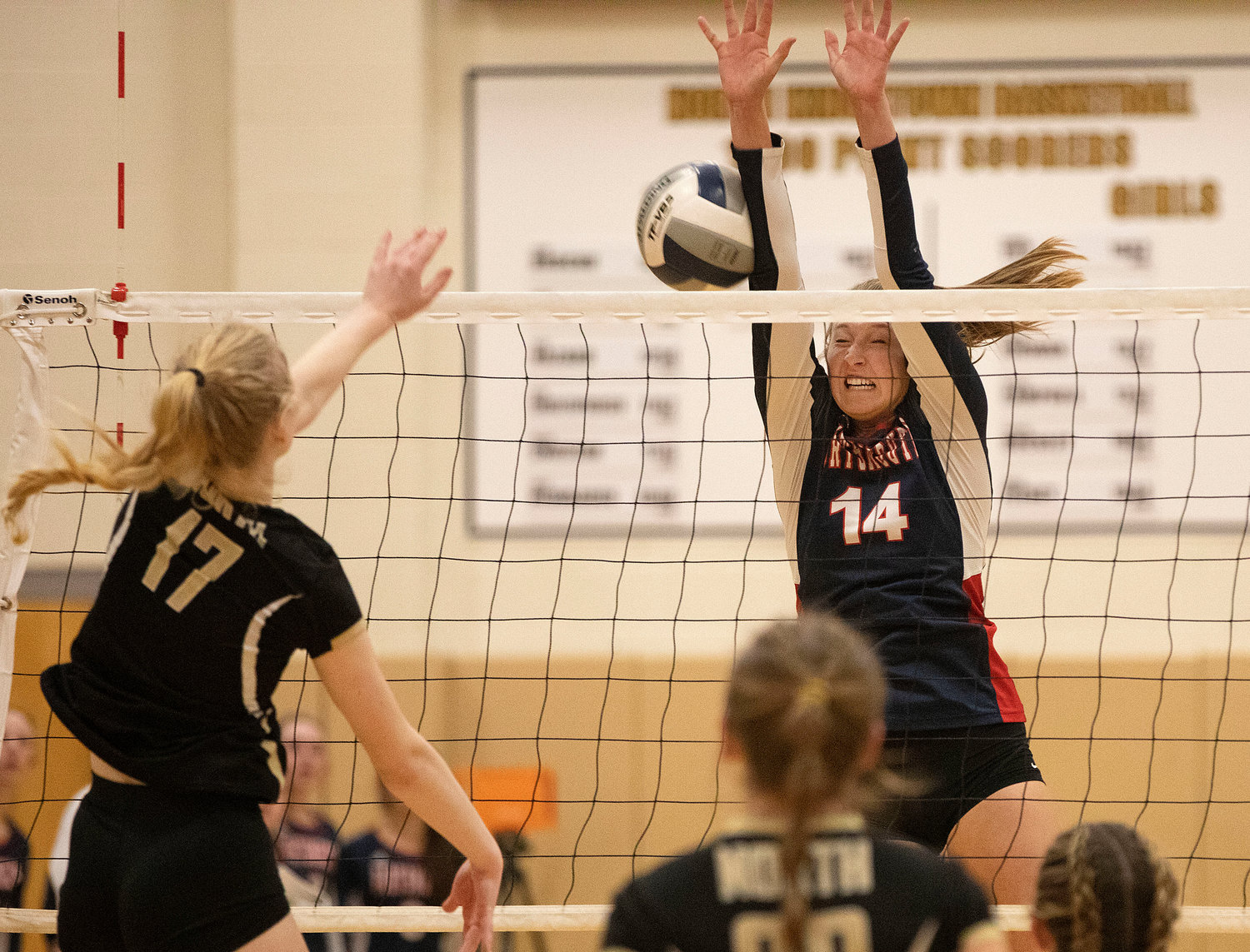 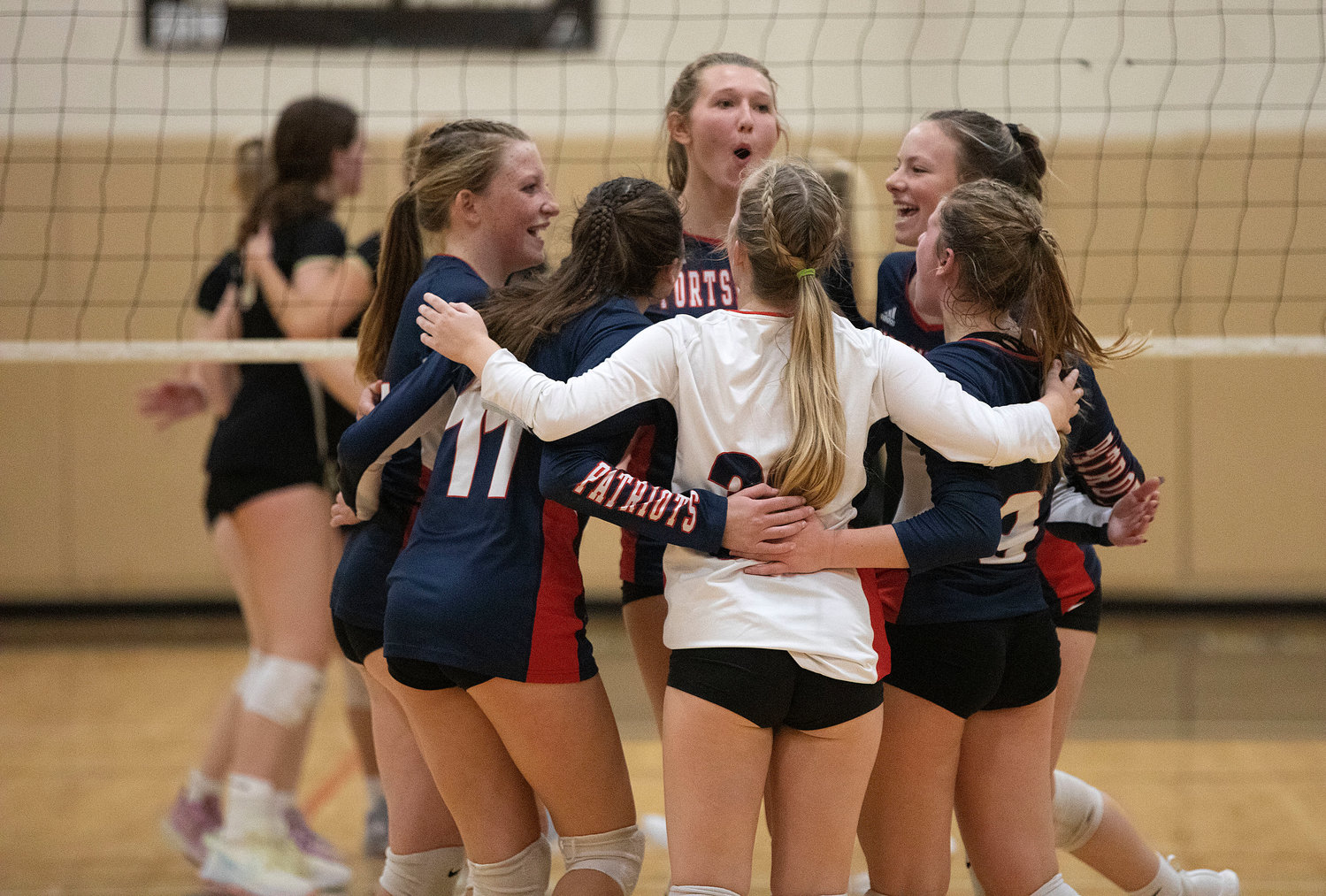 The team rallies around Casey Morgan (center) after she spiked the ball on North Kingstown for a kill.
RICHARD W DIONNE JR 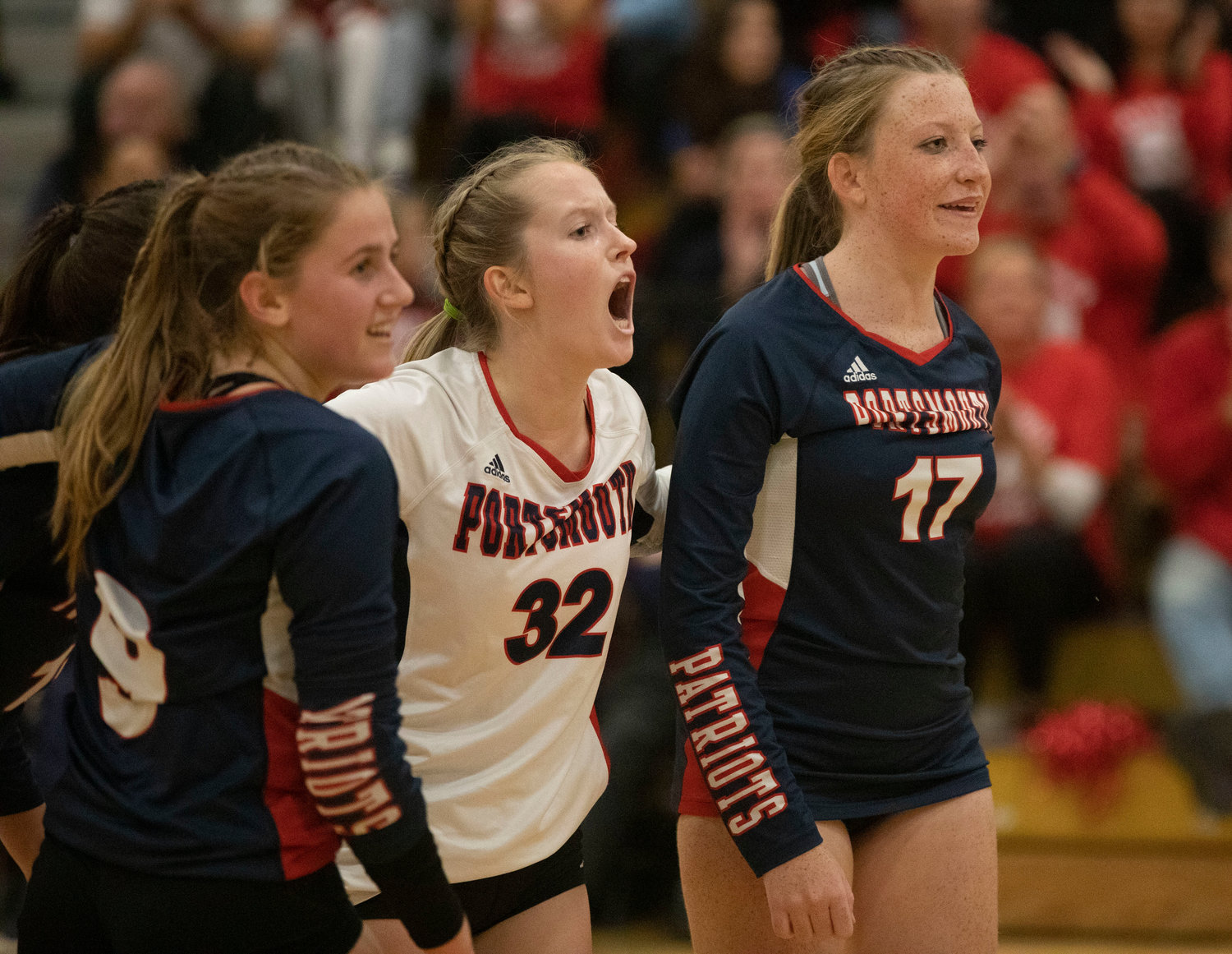 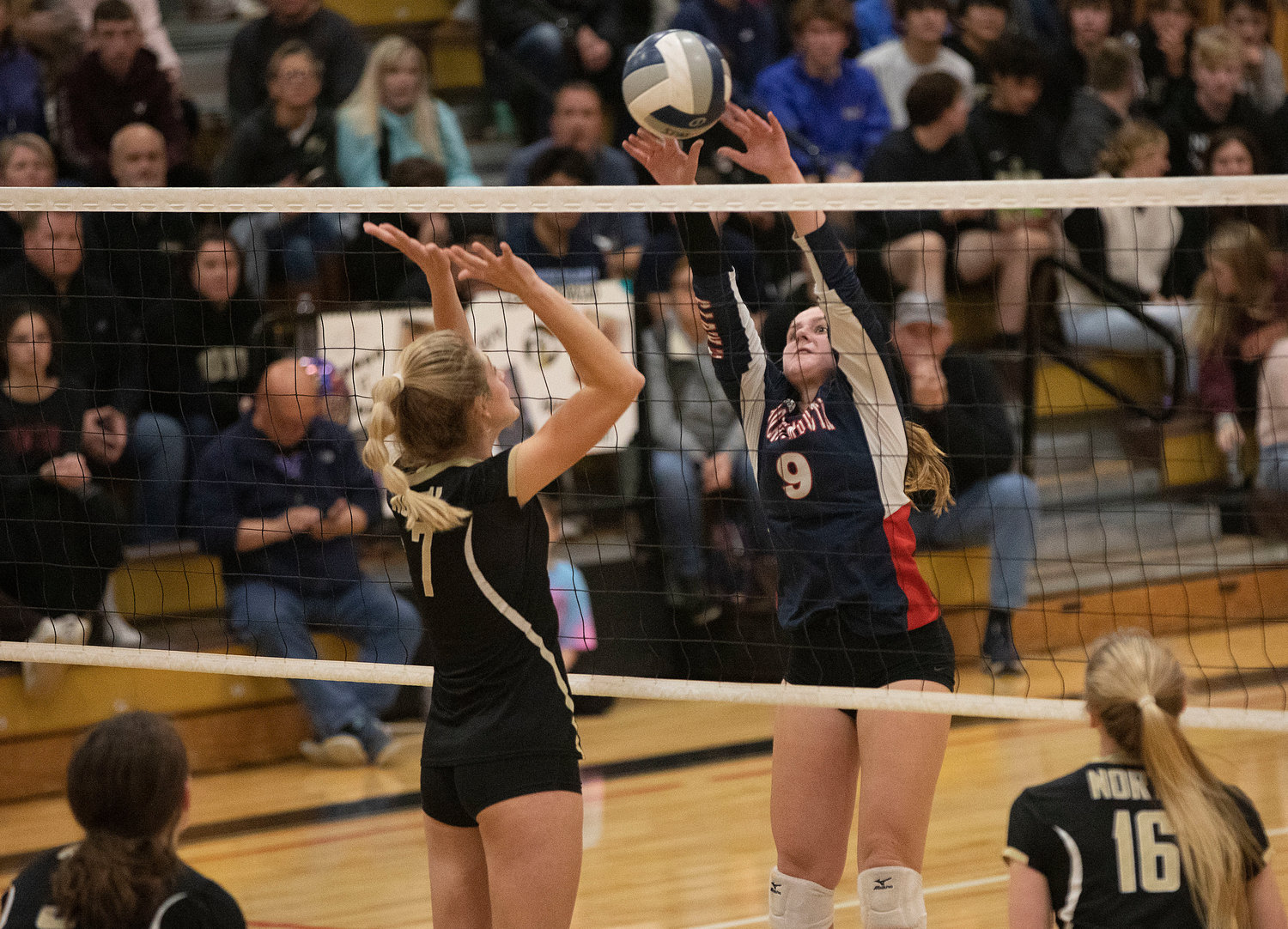 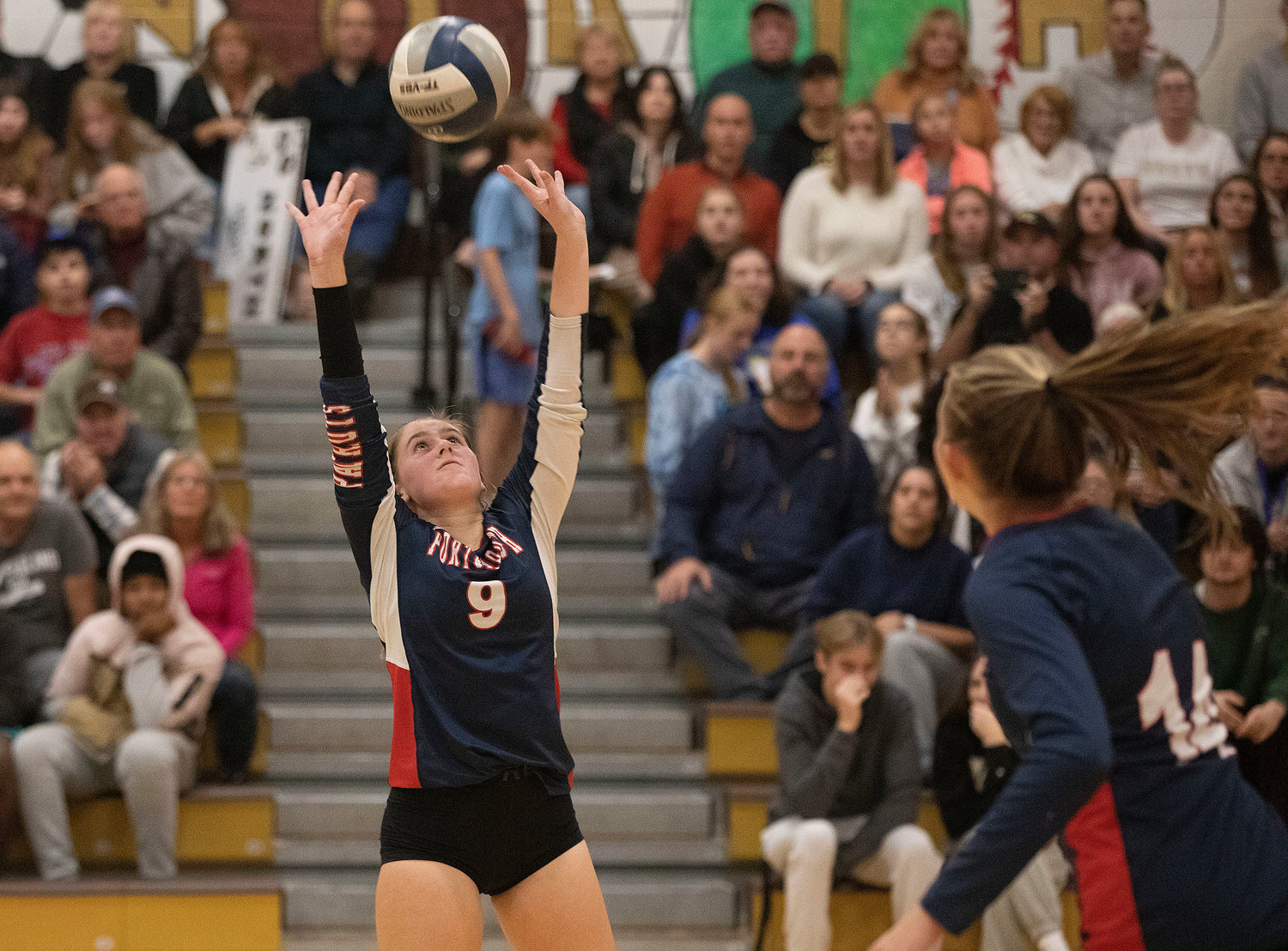 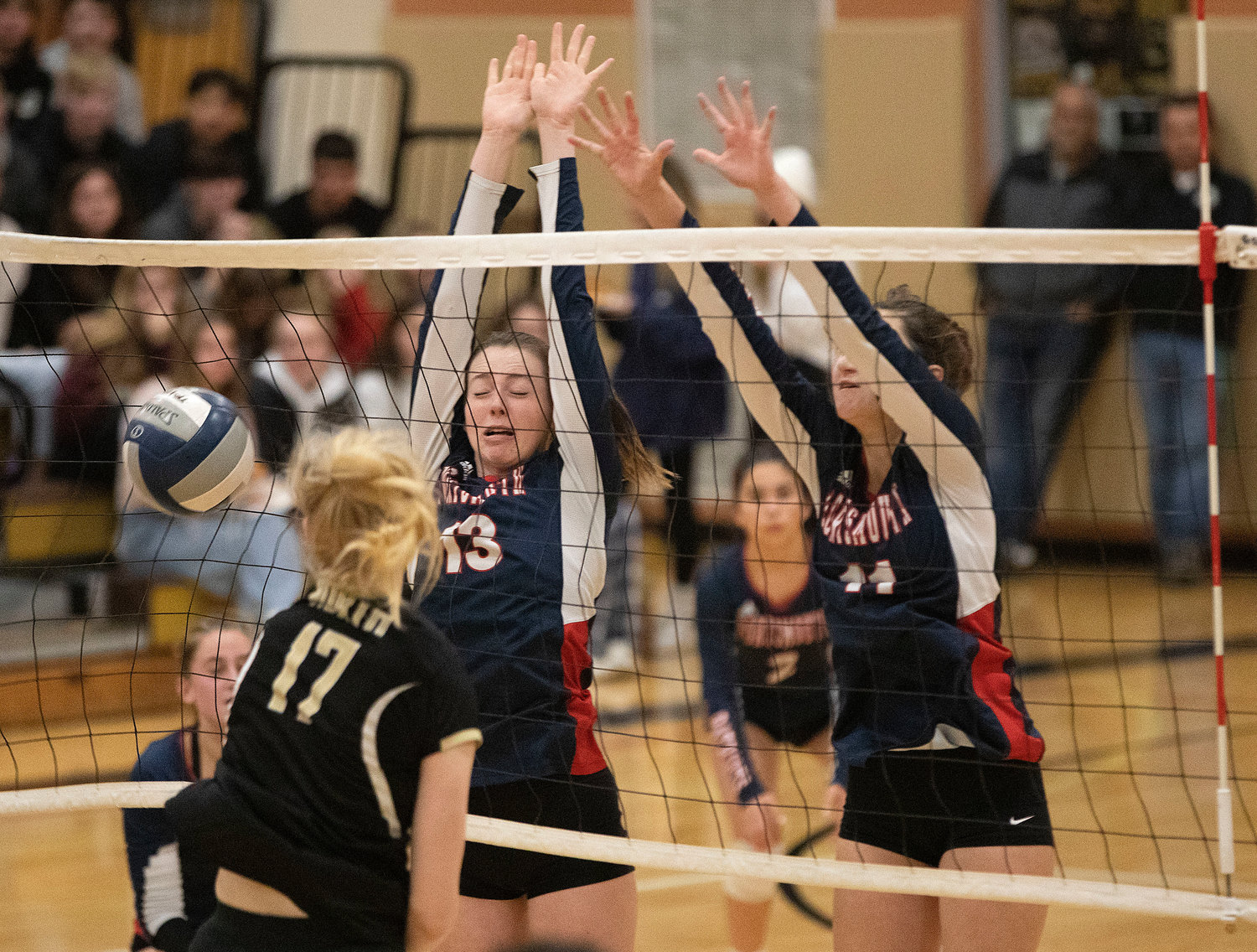 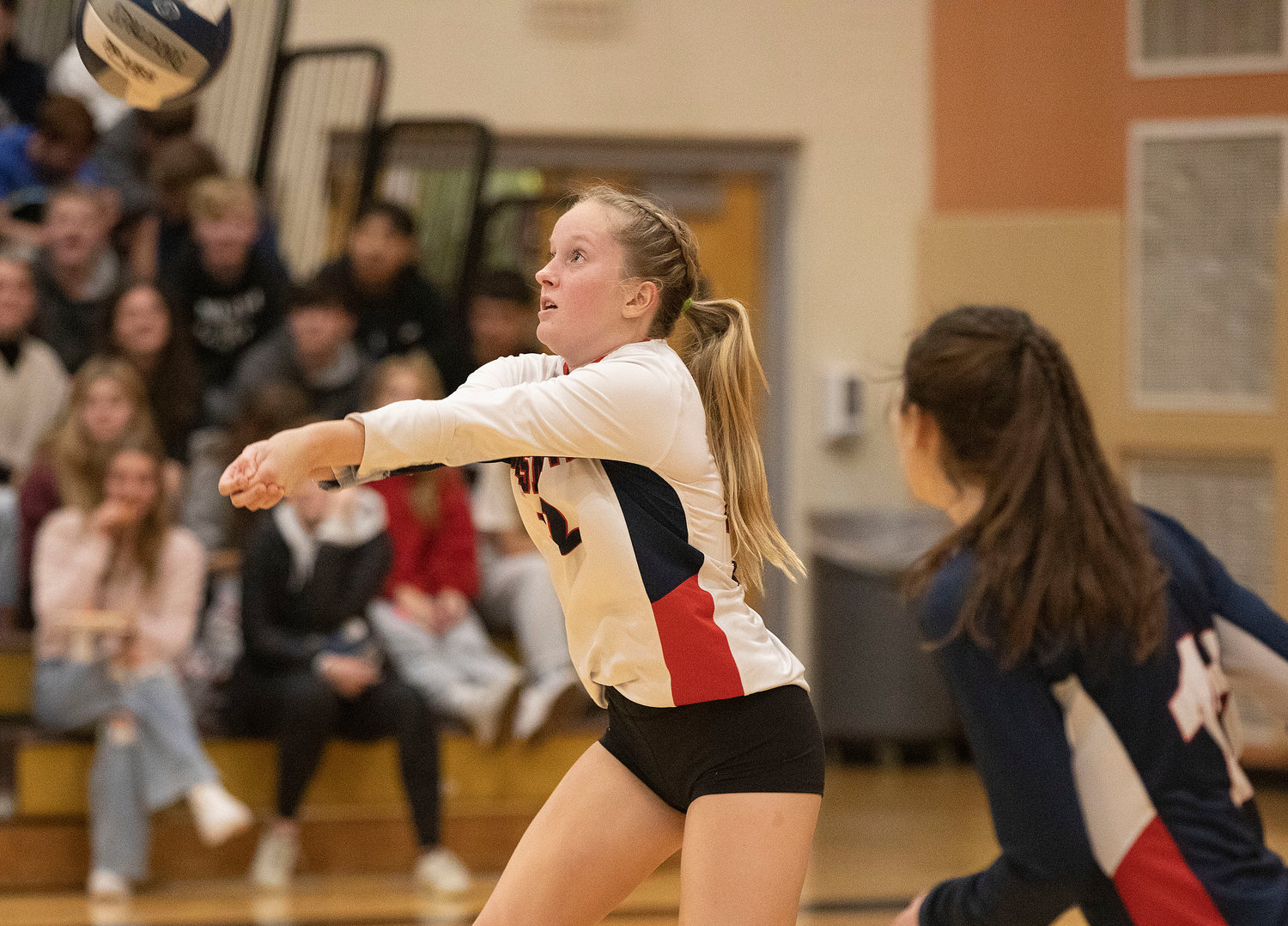 Facing each other in the D-1 State Championship semifinals Thursday night, the match lived up the hype — but didn’t go the Patriots’ way. North Kingstown advanced to the finals with a 3-1 win.

The Patriots, the No. 4 seed, had a 24-23 lead in the third set; another point would have given them a 2-1 match advantage. However, a couple of mistakes by Portsmouth — including being called for a ball-handling error that ended the set — gave the Skippers the set and the upper hand.

In the fourth set, the Skippers scored five straight points to turn a 22-18 deficit into a 23-22 lead. Portsmouth tied things up at 24, but the next two points — and the win — went to North Kingstown.

For the Patriots, Morgan Casey had 14 kills to lead her team.