PORTSMOUTH — Maria Chytka said teachers at Portsmouth High School have told her, “You probably have had more life experiences in terms of moving around and culture than I … 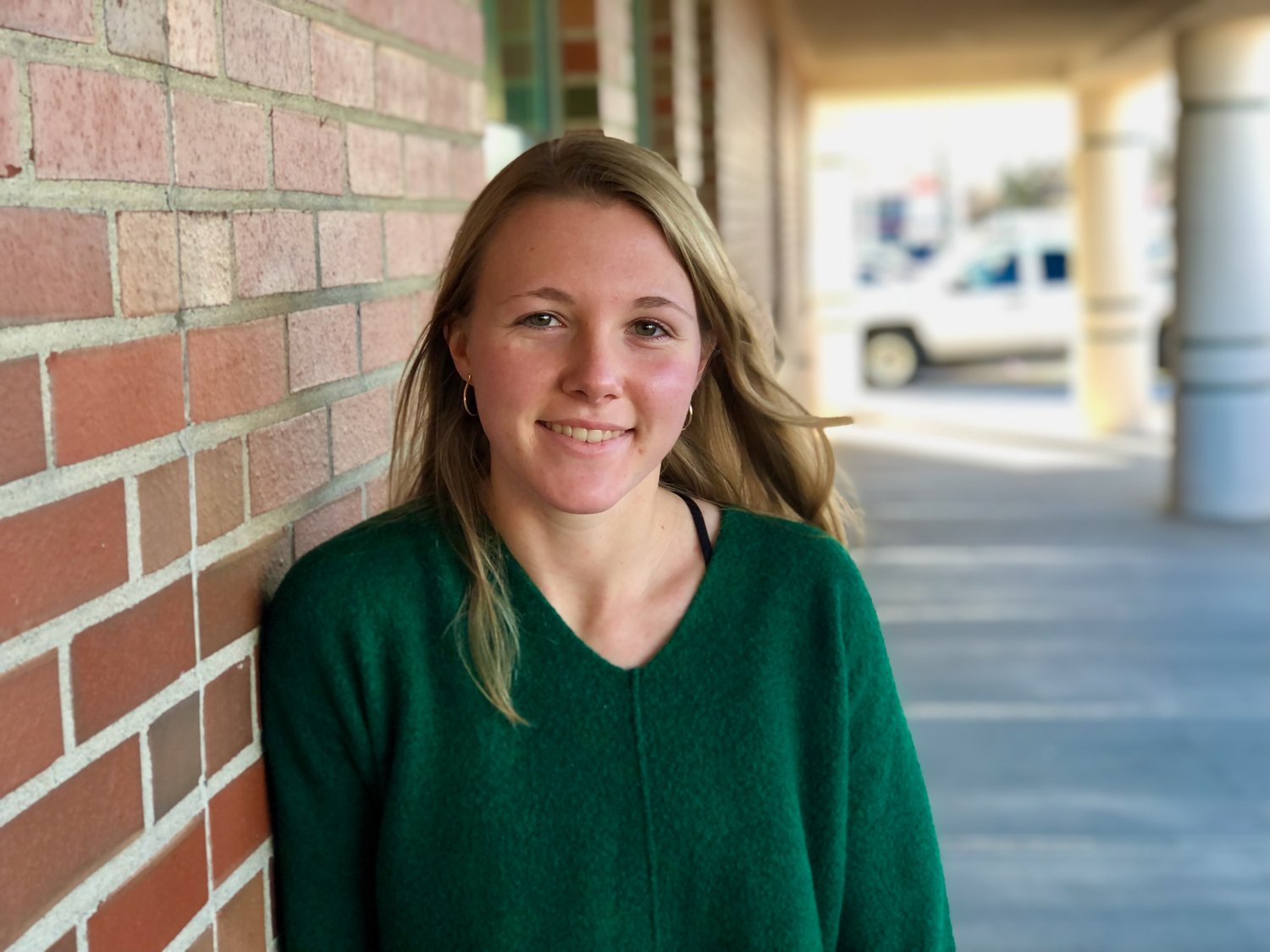 Maria Chytka of Portsmouth, who hopes to be an aerospace engineer one day, is the only National Merit Scholarship semifinalist on Aquidneck Island.
Jim McGaw 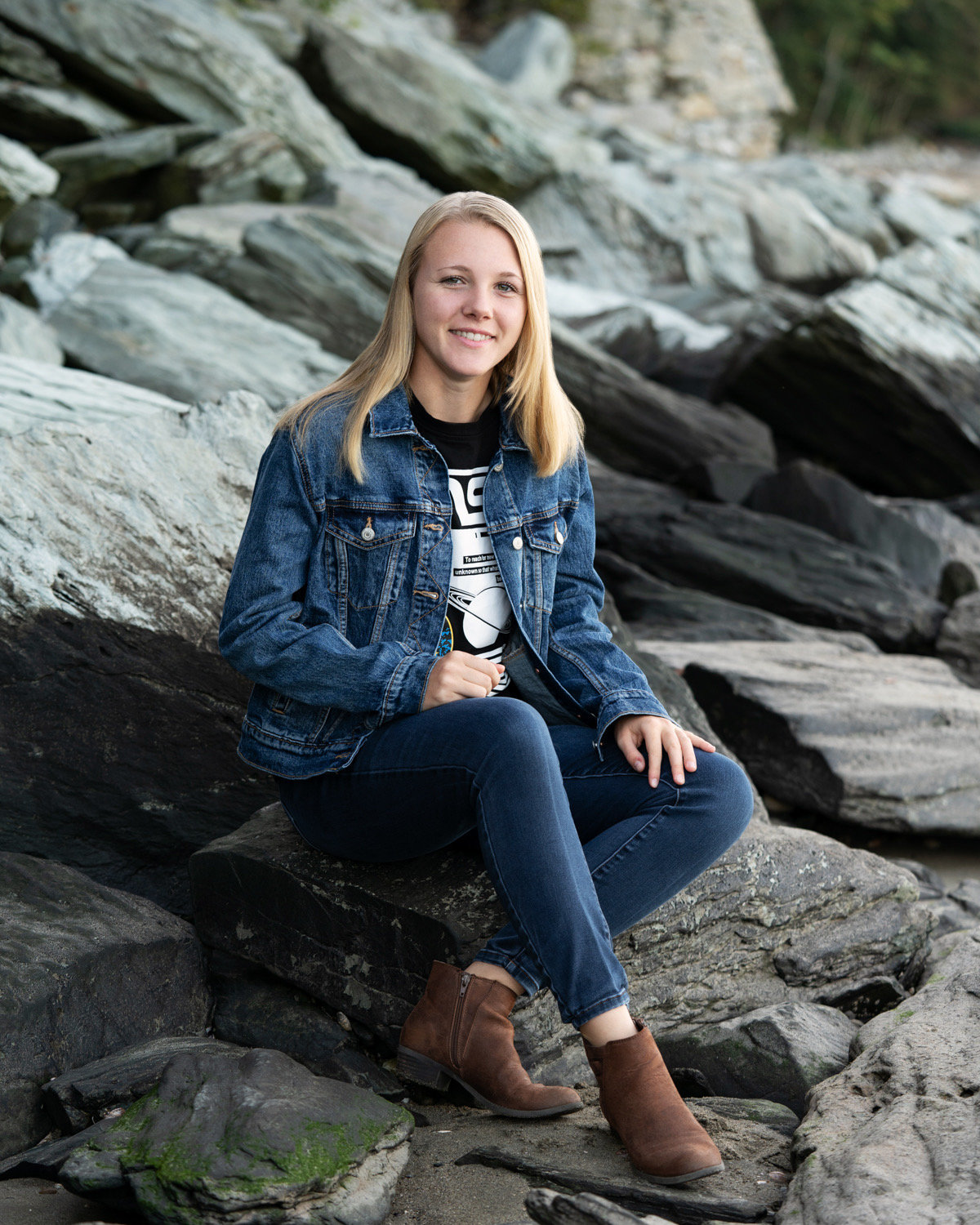 A member of a military family, Maria has also lived in Germany, Hawaii and Alabama.
Previous Next
Posted Friday, December 24, 2021 11:25 am
By Jim McGaw

PORTSMOUTH — Maria Chytka said teachers at Portsmouth High School have told her, “You probably have had more life experiences in terms of moving around and culture than I have.”

As a member of a military family, the PHS senior has gotten around.

“I’m an Army brat; my dad’s an Army officer,” said Maria, who was born in Germany and lived in the city of Wiesbaden until she was about 3.

She started school in Hawaii, then moved to Portsmouth and attended third grade before moving to Alabama. Her family returned to Portsmouth four years later and has remained here ever since.

Despite having to change schools so often, the disruptions certainly haven’t hurt her academics. Earlier this year Maria learned that not only was she named a 2022 National Merit Scholarship semifinalist, but she was the only high school student on Aquidneck Island to earn the distinction.

“It makes me feel honored. I woke up one day, took the test and somehow I got that score,” said Maria, referring to the PSAT, the results of which determine the semifinalist rounds. The maximum score is 1,520, and Maria said she believed she scored a 1,430.

The School Committee recognized her achievement at its Oct. 26 meeting. According to Superintendent Thomas Kenworthy, about 1.5 million students took the PSAT this year. “This award recognizes the top 1 percent,” he said.

The list of semifinalists will be whittled down to about 15,000 by early 2022, and those students will submit applications to receive scholarships, valued up to $2,500, next spring.

Maria, who has taken a lot of STEM classes at PHS such as AP physics, calculus, chemistry and biology, hasn’t yet selected where she’s going to school next year, but she knows exactly what she wants to do.

“I want to be an aerospace engineer. I’m looking at some of the service academies — anything with ROTC II,” she said. “I really like just researching and learning about space. I’ve taken a space and ocean science course this year. It’s the first year they’ve offered it and I was really happy about that.”

Maria has been interested in space exploration since the second grade. “At my old elementary school in Alabama, they had this reading contest in which you’d read a certain amount of books and then your classroom would get prizes. I’d focus on nonfiction, and learn about the different stars and their life cycles, and it all grew to physics and Albert Einstein,” she said.

She’s been following NASA’s Artemis program, which aims at returning humans to the Moon — last visited by the Apollo program in 1972 — by 2025. A long-term objective of Artemis is making crewed missions to Mars and beyond feasible.

“In terms of space exploration, I’m really interested in how we’re going to Mars through the Artemis program. It’s essentially the Apollo program, but they’re making a sister program; they’re trying to send a team of woman astronauts to the moon. It’s still in its infancy,” she said.

Would she consider going to Mars? “For now, I’m going to focus on taking the data and figuring out what’s going on . But if the opportunity ever presents itself, I probably wouldn’t say no,” she said.

Maria’s parents are John and Julie Chytka, and she has three younger brothers: Michael, 13, Gabriel, 12, and Raphael, 8.

Maria, who found transitioning to eighth grade here from Alabama challenging because the schools were so different, was asked whether her overall experience of moving around so much was difficult.

“Yes and no,” she said. “You find the right kind of people and connect with those who really care. It’s a really wonderful life experience.”

She’s certainly made the most of those experiences. Besides her academic prowess, Maria is also president of the National Honors Society, secretary of the Language Arts Society, and participates in the Engineering Club and other organizations.

She also runs middle distances on the PHS girls’ indoor and outdoor track teams, has played soccer all four years and competed on the swim team one year as well.

She also participates in a local church youth group, mentors freshman and sophomores and, according to a tribute from the Portsmouth School Department, “does all this with humility and kindness.”