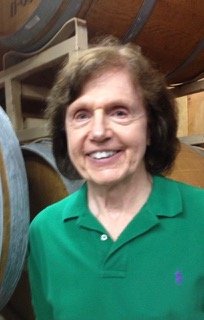 Russell was born on Aug. 10, 1940, to Russell Racette Sr. and Gertrude (Kane) Racette in Fall River, Mass. He attended Durfee High School, where he met the love of his life and married his wife of 58 years, Carolyn Wilkinson Racette.

Russell went on to study Engineering at the University of Massachusetts, Amherst. Upon graduation, he served in the United States Army as 1st Lieutenant (Fort Hood.) After the army he had a long, successful and respected career of 42 years working at the Naval Undersea Warfare Center in Newport, R.I., where he played a major role in preventing NUWC from being part of the Base Realignment Closure Act, saving 1000s of jobs and helping the economy of Rhode Island.

Russell was a force of nature, determined to provide for his family and give them a wonderful life. Family always came first with Russell and he never failed to convey his unwavering support and love to his children Russell, Susan, and Kevin. He was proud of the community in which he lived and served on the Little Compton Town Planning Committee and the Undersea Science and Engineering Foundation teaching students about underwater robotics.

Russell was a dedicated runner and could be regularly seen out jogging and headed to the beach for a swim. He enjoyed many active hobbies like country dancing with his wife, and was a talented wood working craftsman.

Anyone who knew Russell knew that he was the most loving father and husband a family could ask for. Russell was predeceased by his father Russell Racette Sr. and mother, Gertrude (Kane) Racette. He is survived by his wife Carolyn (Wilkinson) Racette, children Russell Racette III (Newport), Susan Racette (Austin), and Kevin Racette (Saunderstown) and wife Geraldine (Larkin) Racette as well as three grandchildren.

A Mass of Christian burial was held on Saturday, Dec. 4, followed by interment at Beech Grove Cemetery. For expressions of sympathy, please visit www.fernacresfuneralhome.com.