PORTSMOUTH — The Portsmouth Patriots’ softball team dropped a close one to Tiverton on Thursday at home, 7-6. 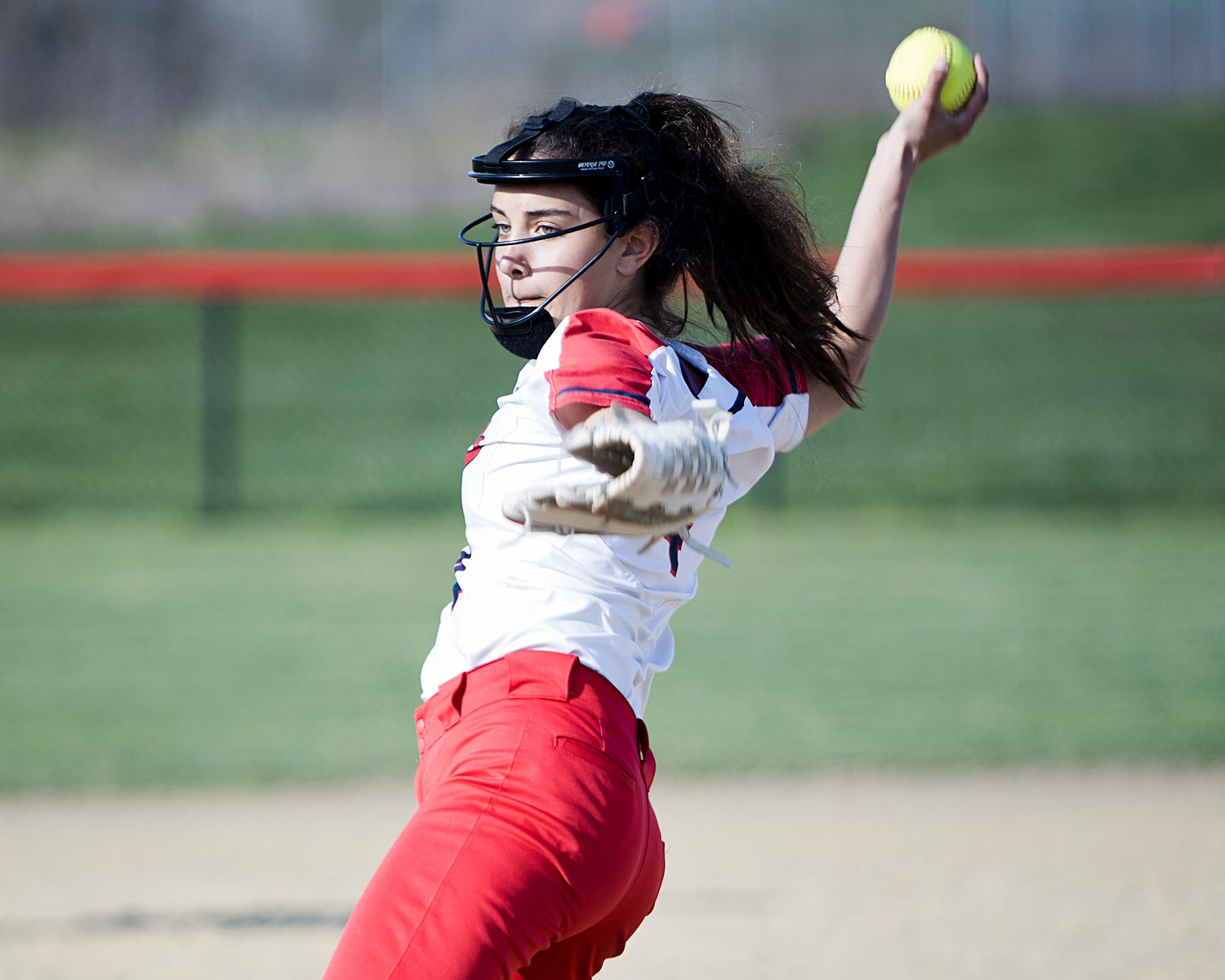 Portsmouth High pitcher Megan Malone fires one in during the fourth inning of a home game against Tiverton on Thursday, April 14. The sophomore also had two base hits. The Tigers prevailed in a close one, 7-6.
JULIE FURTADO 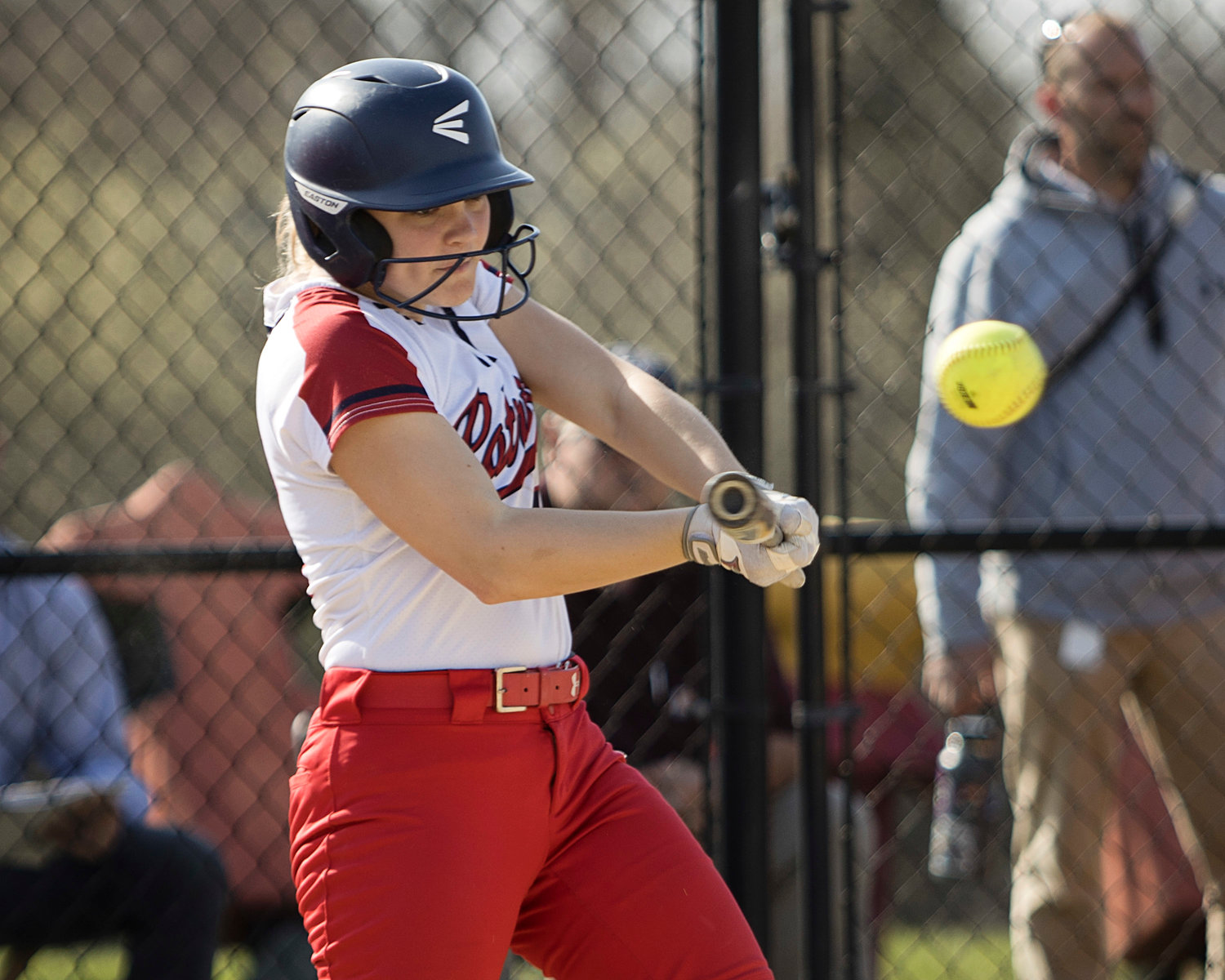 Patriots catcher Gracie Keyes makes contact during her at-bat. The junior hit a double in the sixth inning and had one RBI.
JULIE FURTADO 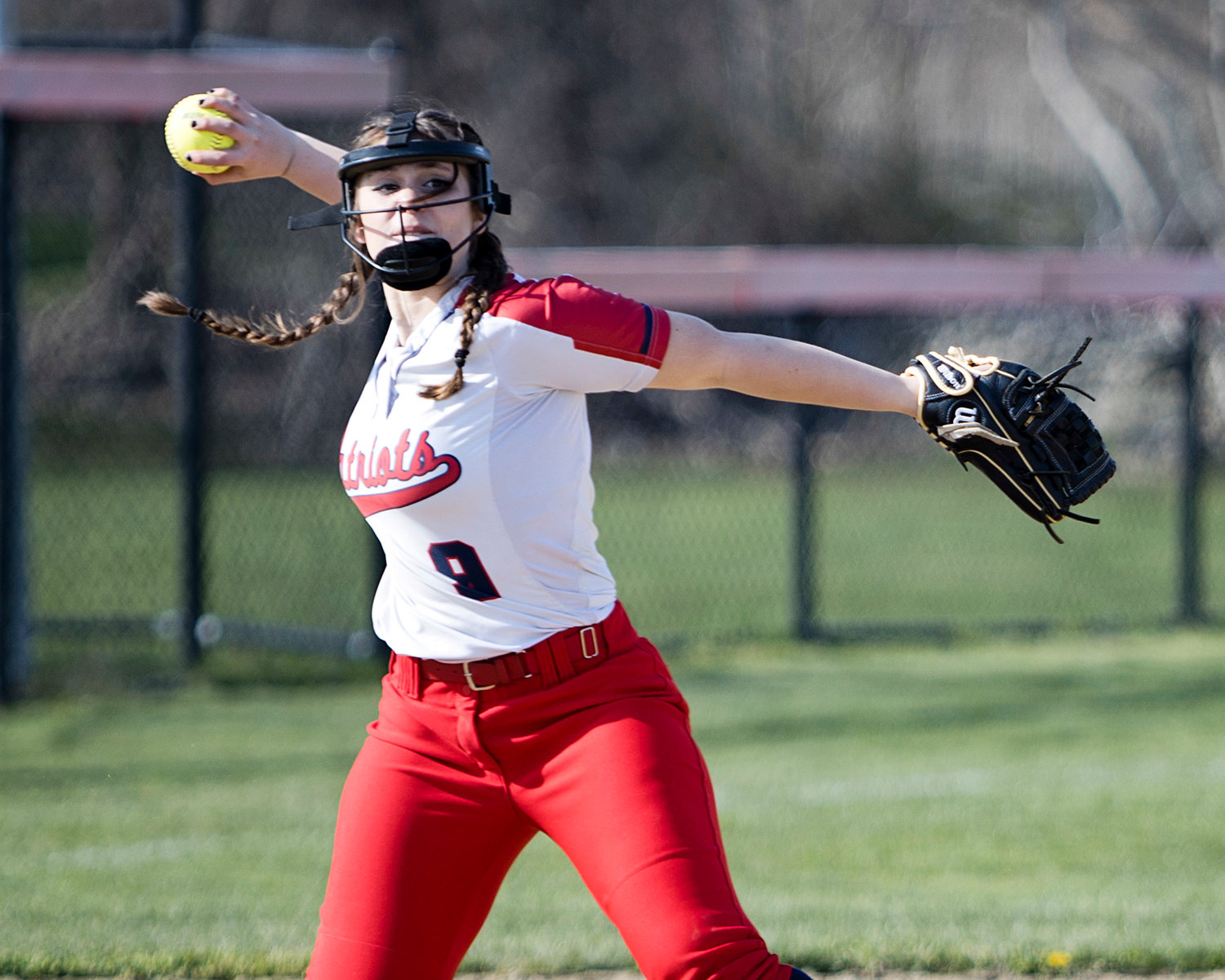 PHS third baseman Gabriella Pires throws to first for an out in the first half of the game.
JULIE FURTADO 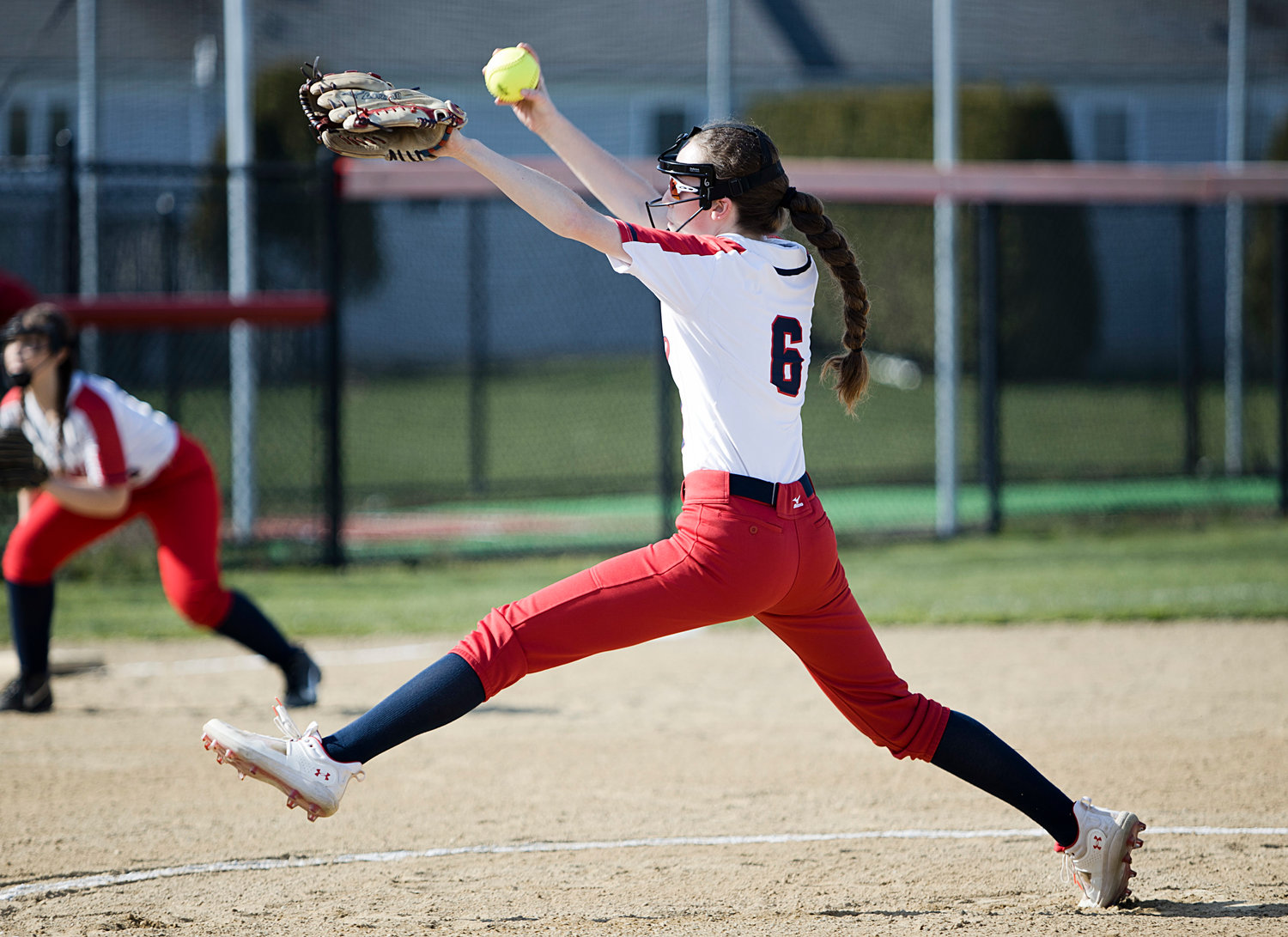 Pitcher Megan Malone fires a pitch to a batter during the first inning.
JULIE FURTADO 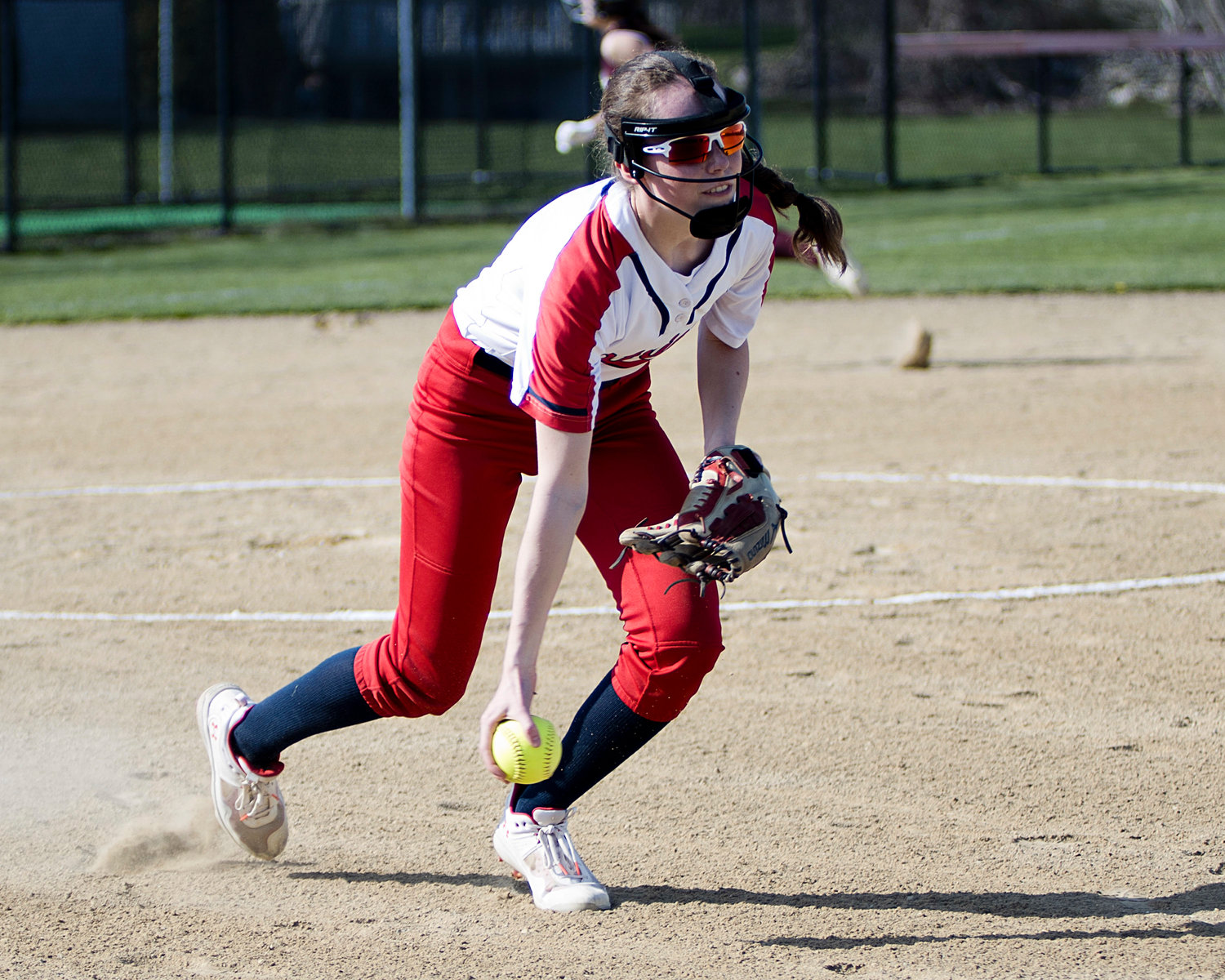 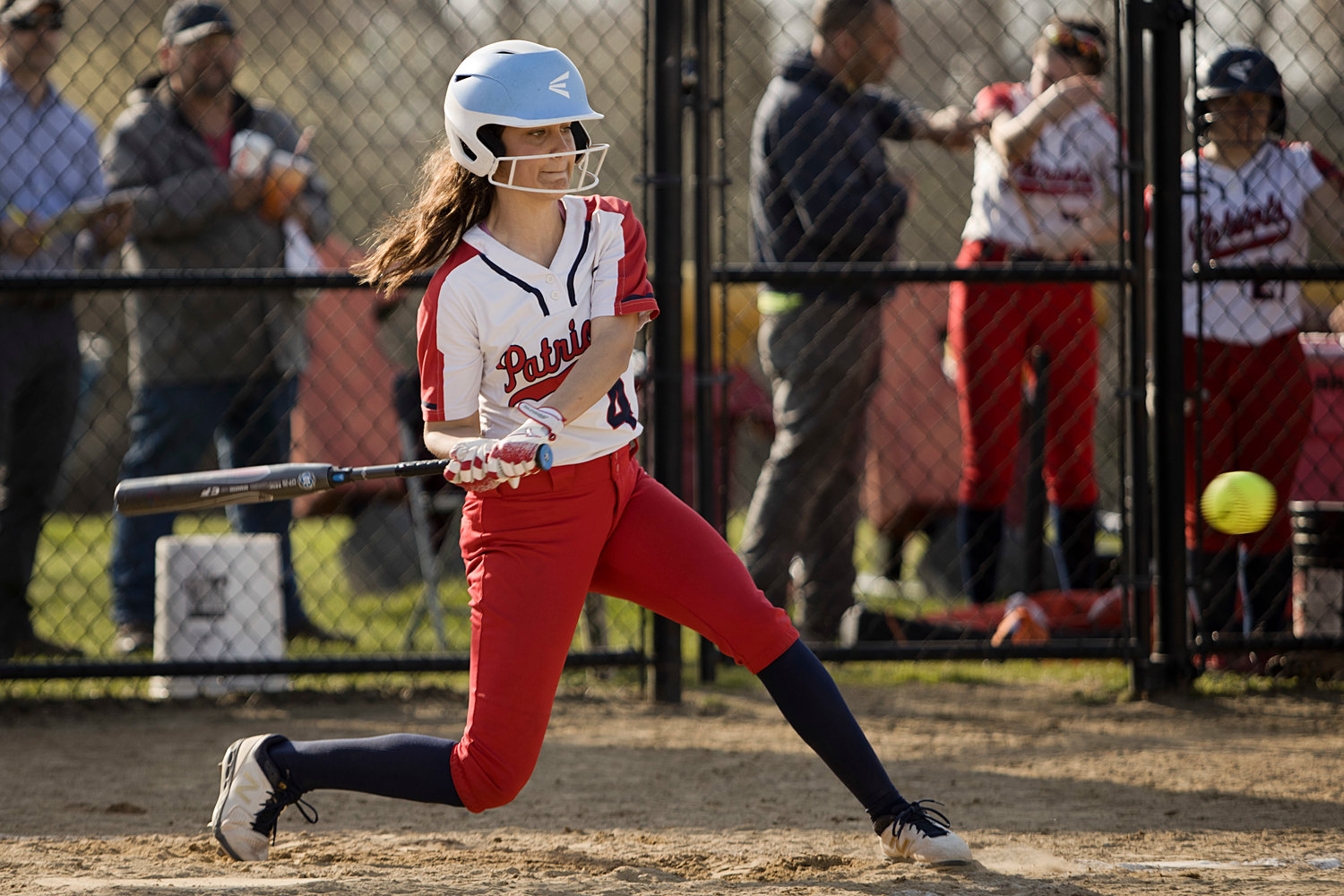 Mary Rainey gets the bat on the ball. 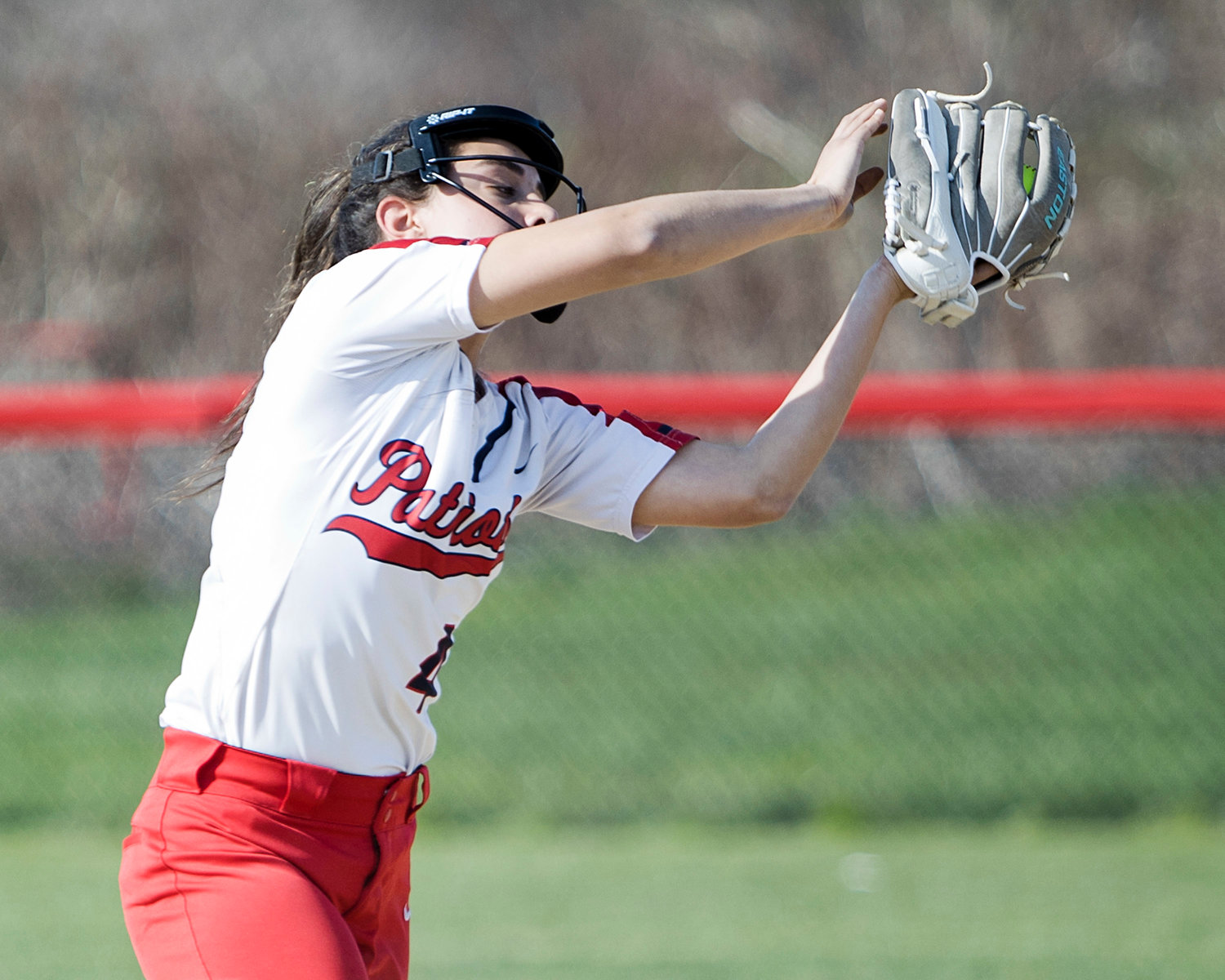 Mary Rainey makes a catch near second base in the first half of Thursday's game. The freshman later came in as a relief pitcher. 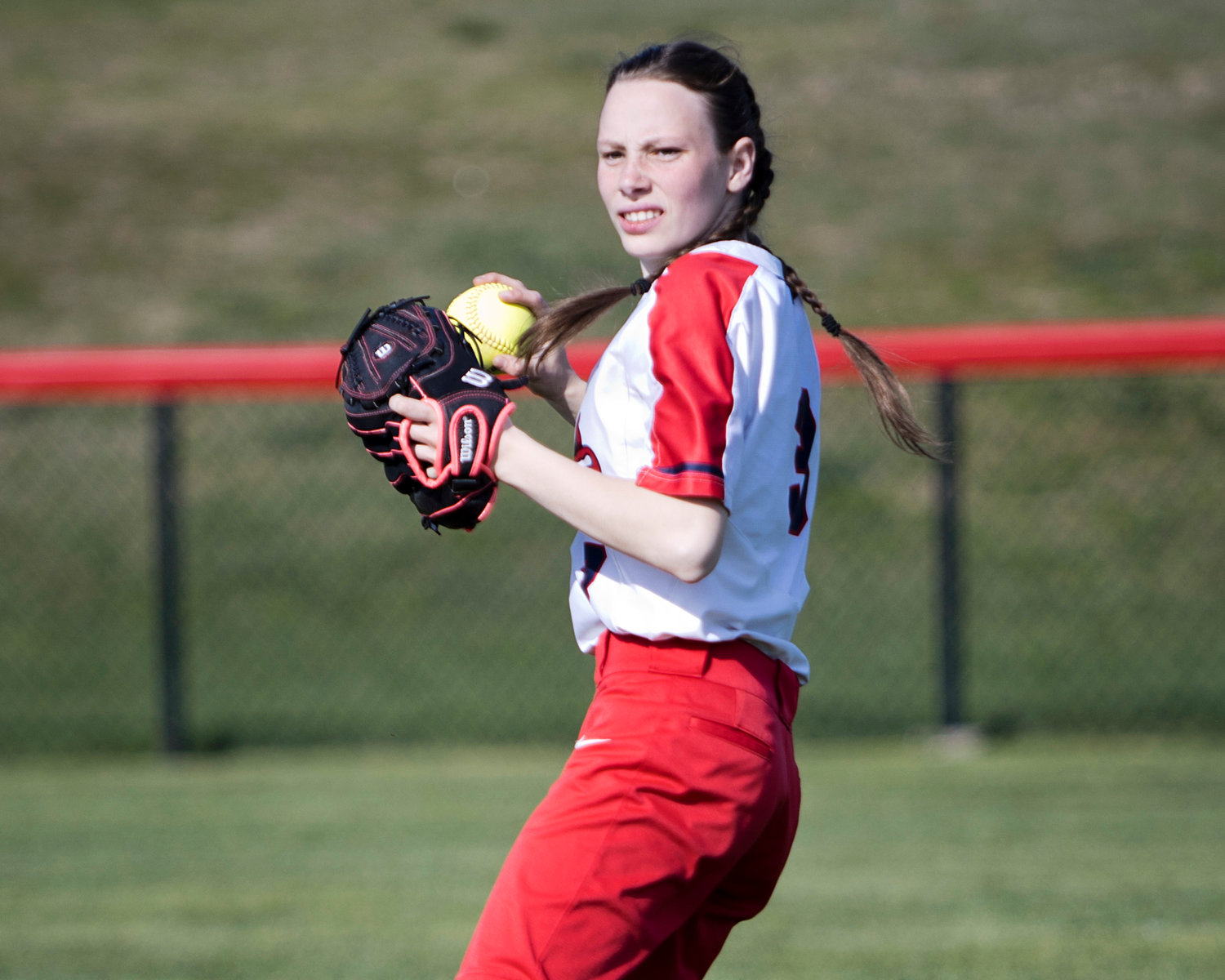 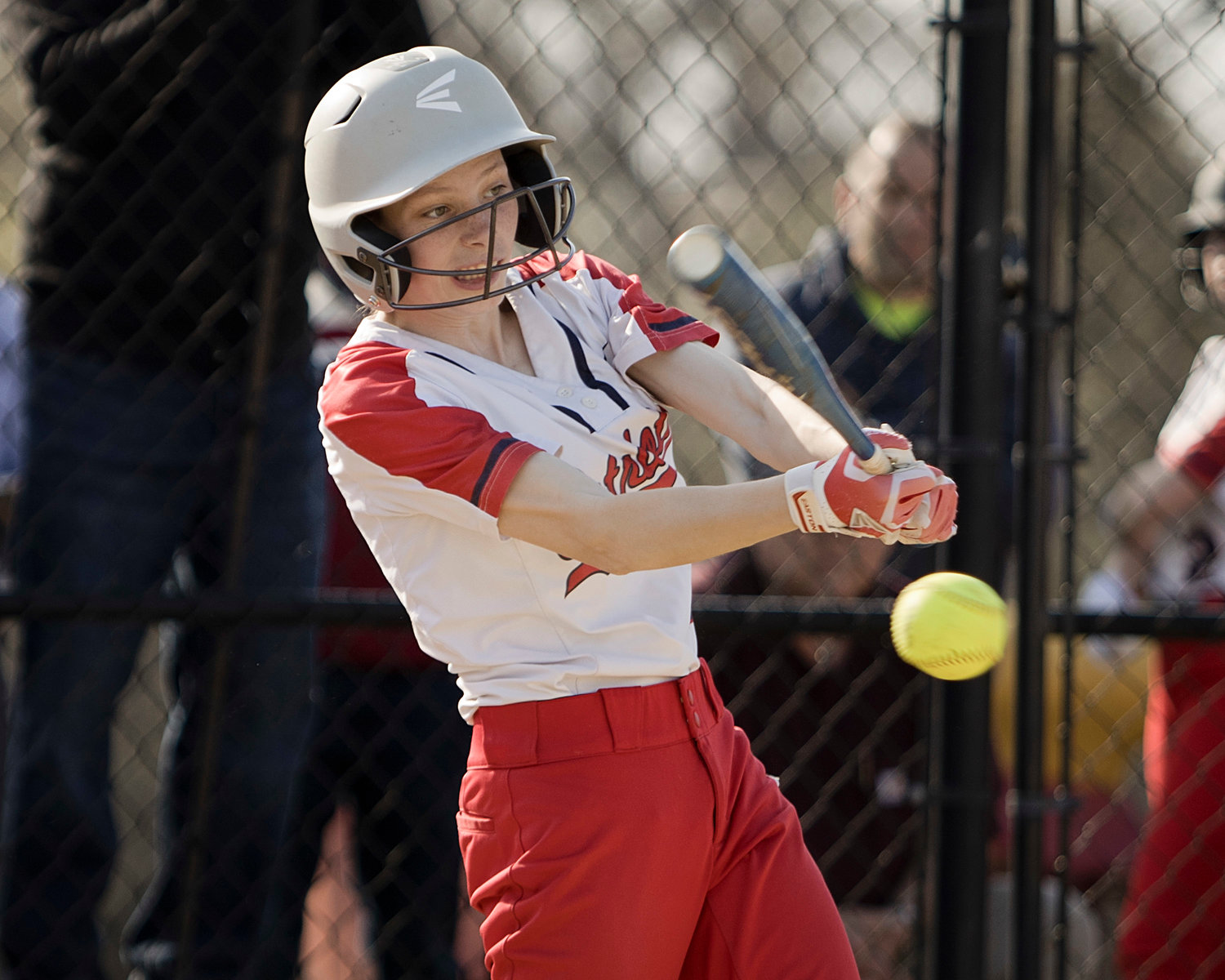 The Patriots’ Karina Hopton goes up to bat against Tiverton.
JULIE FURTADO 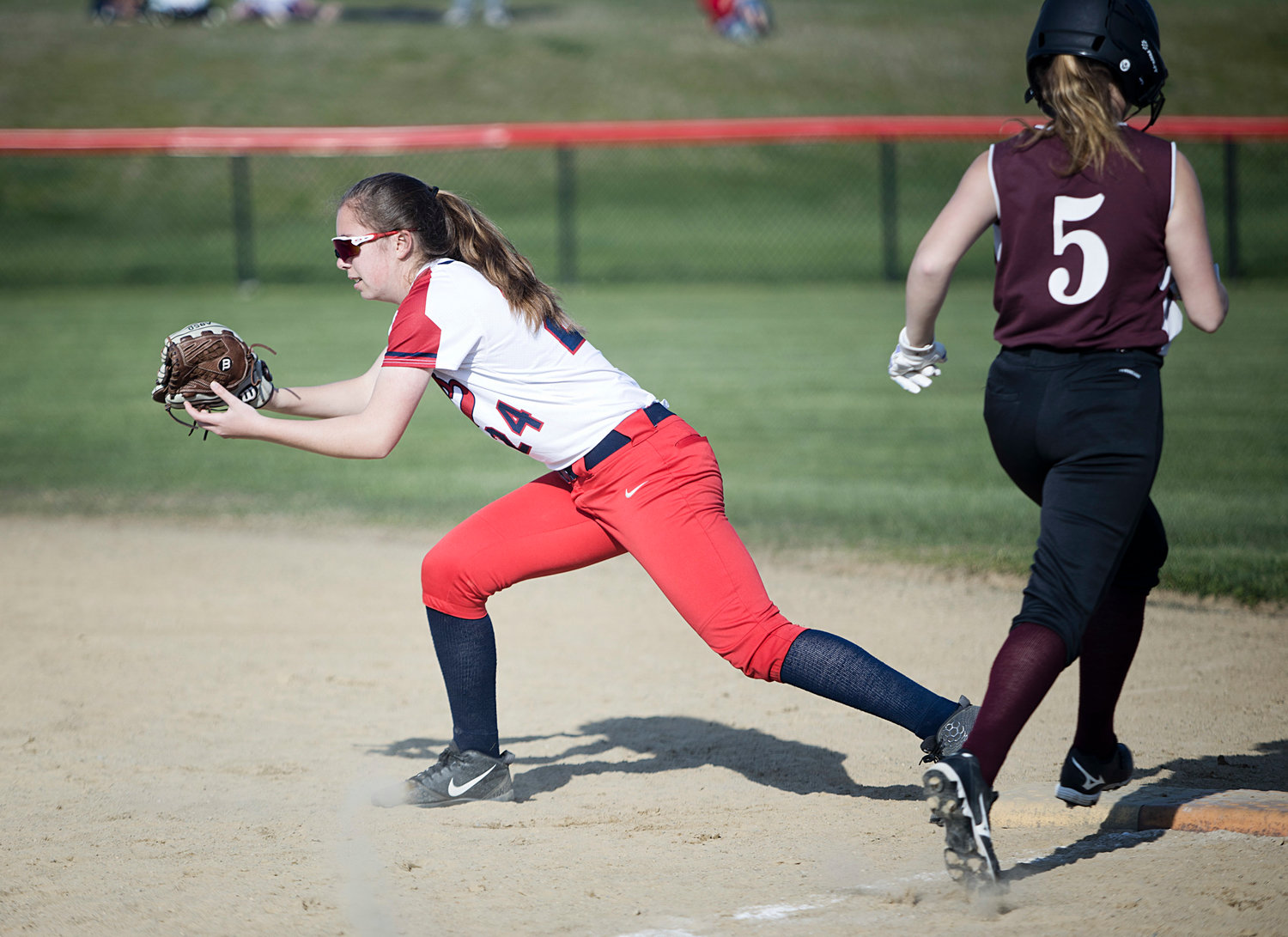 Kaelyn Mahoney attempts to make a play at first as a Tiverton runner reaches the bag.
JULIE FURTADO 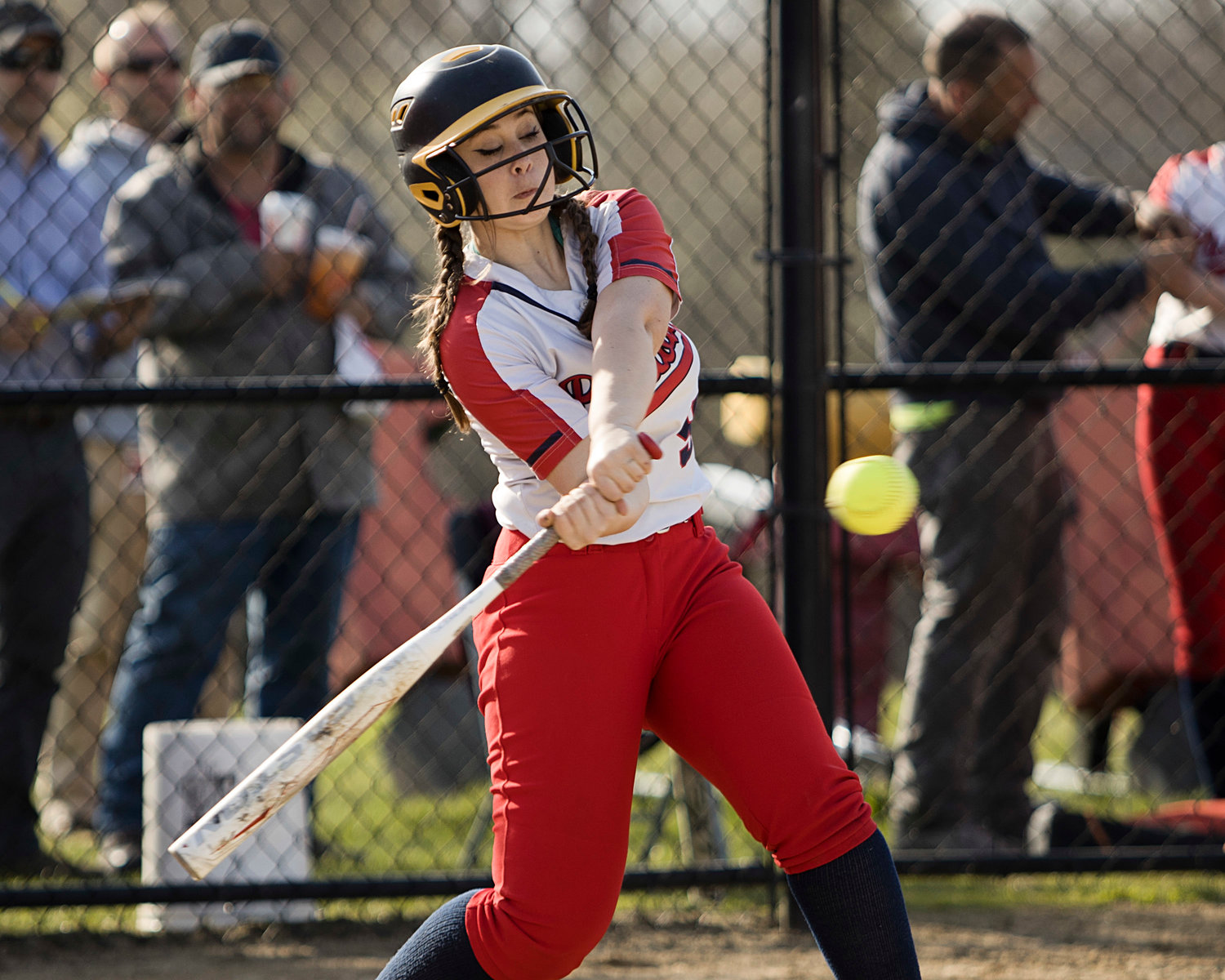 Gabriella Pires makes contact while at bat with a full count.
JULIE FURTADO 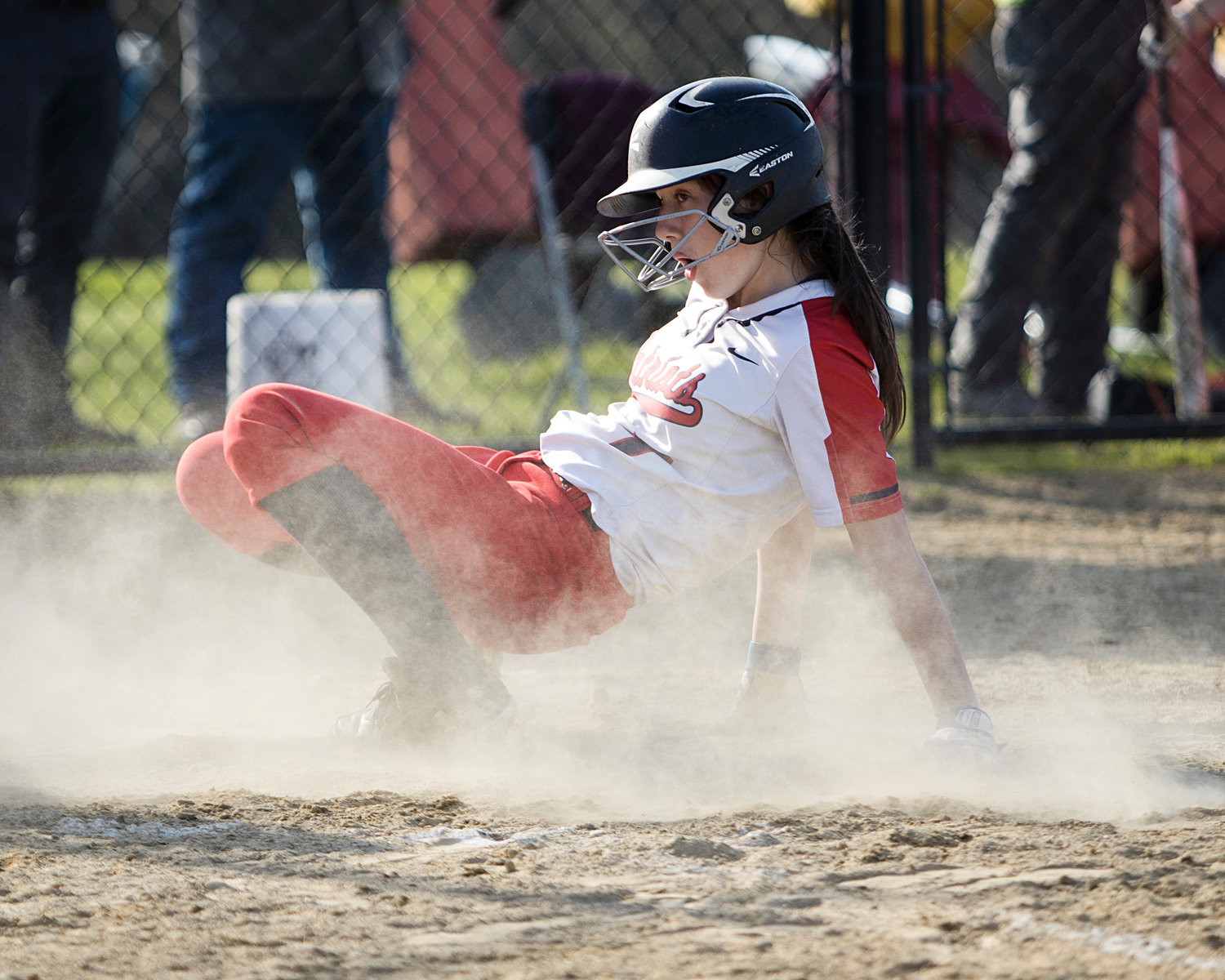 Ella Daly looks for the call as she slides into home plate, scoring the first run for the Patriots.
JULIE FURTADO
Previous Next
Posted Sunday, April 17, 2022 8:28 pm

PORTSMOUTH — The Portsmouth Patriots’ softball team dropped a close one to Tiverton on Thursday at home, 7-6.

Mary Rainey, a PHS freshman, earned the player-of-the-game distinction for her performance as a relief pitcher.

Gracie Keyes, a junior, had a double in the sixth inning with one RBI.

Portsmouth will play at Barrington on Tuesday, April 19, and then at Exeter West Greenwich High School on Thursday, April 21. The Patriots will return home to host Middletown on Saturday, April 23.