They called him a legend, mentor, friend, role model and one of their favorite teachers. On Thanksgiving morning, they said good-bye. 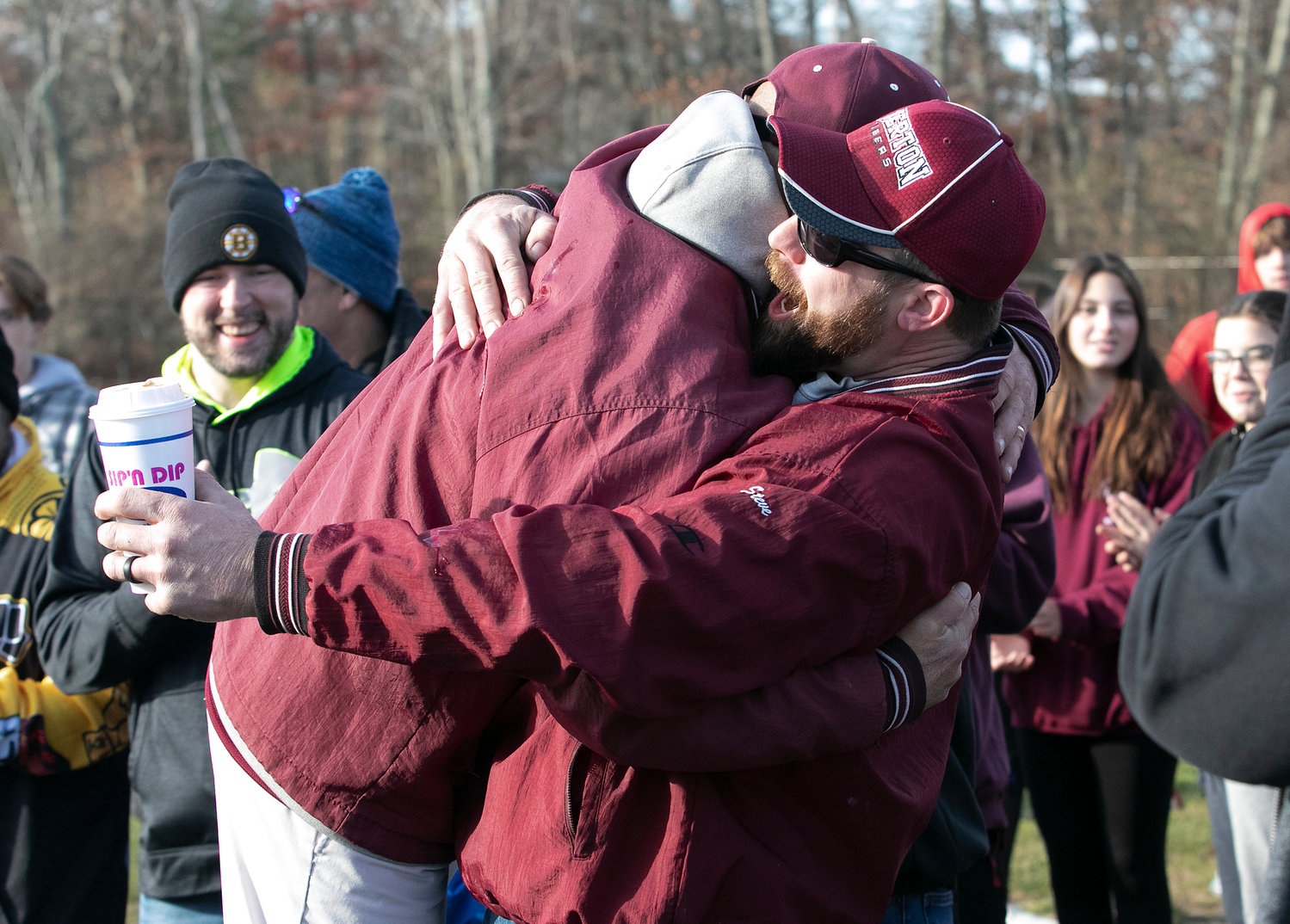 Steve Sousa lifts Bob Murray off his feet with a bear hug while former players, family and fans cheer before the ceremony and Thanksgiving Day game.
RICHARD W. DIONNE JR. 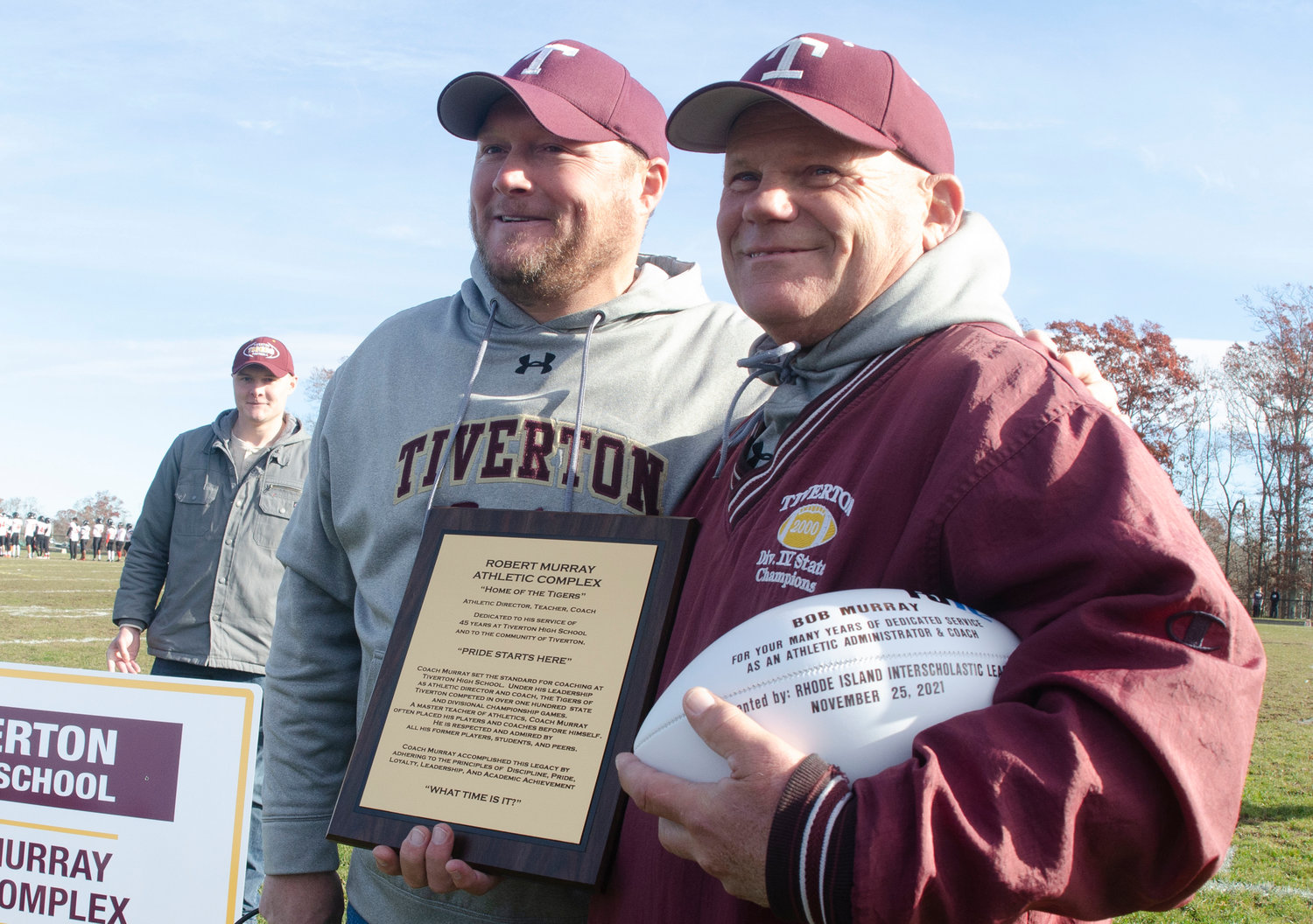 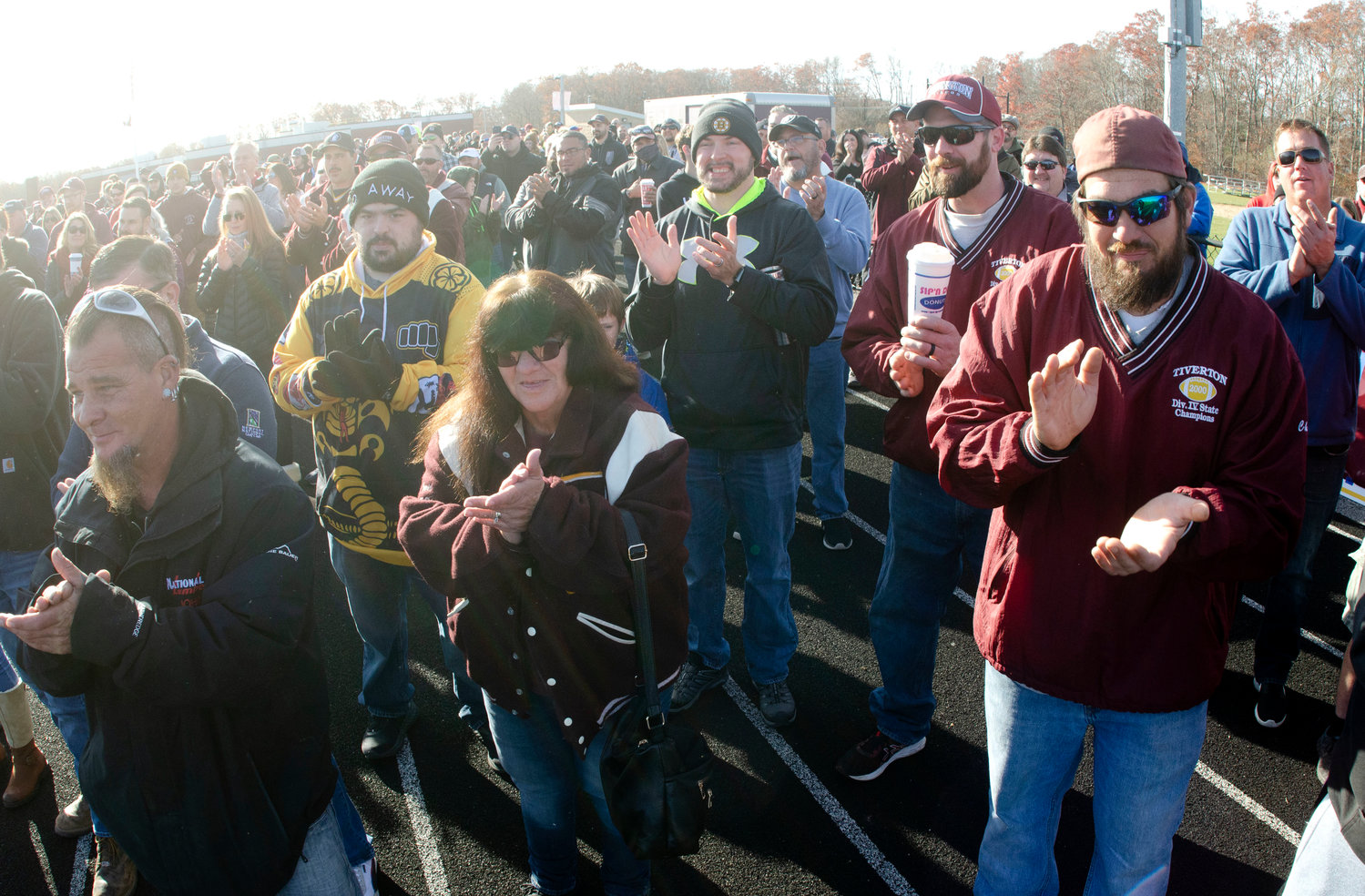 Hundreds of players, friends, family and fans came to the field early for the ceremony.
RICHARD W. DIONNE JR. 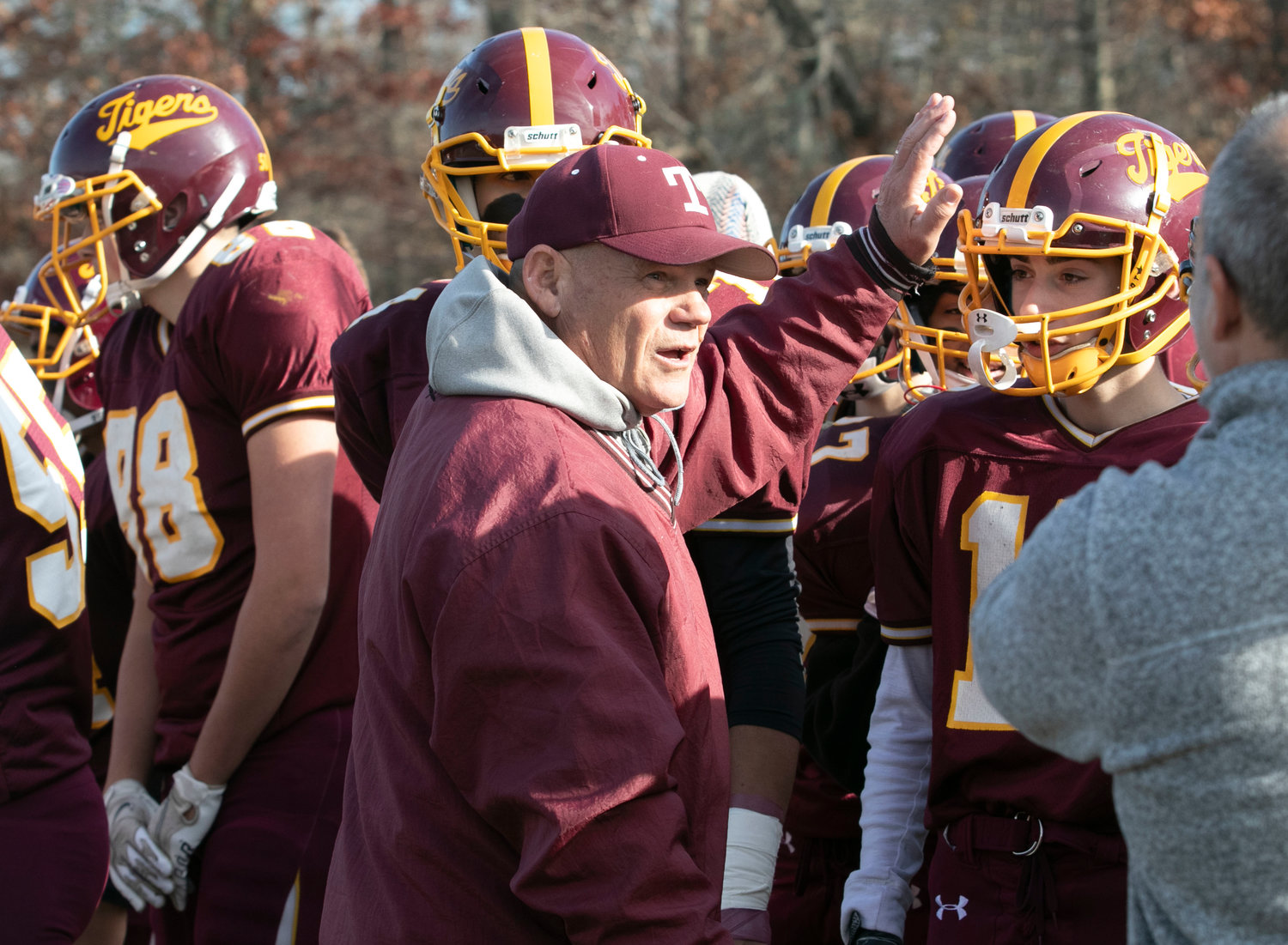 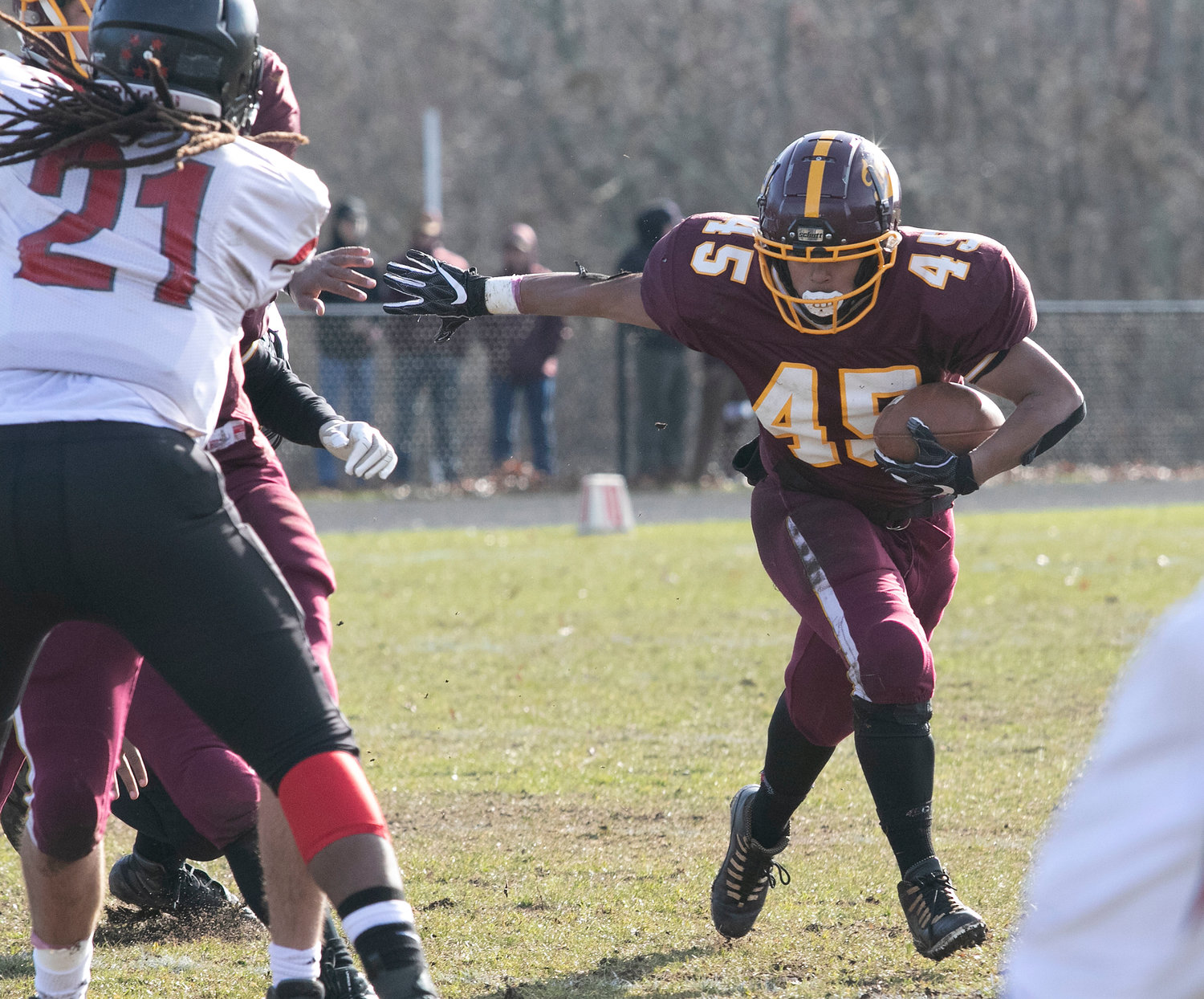 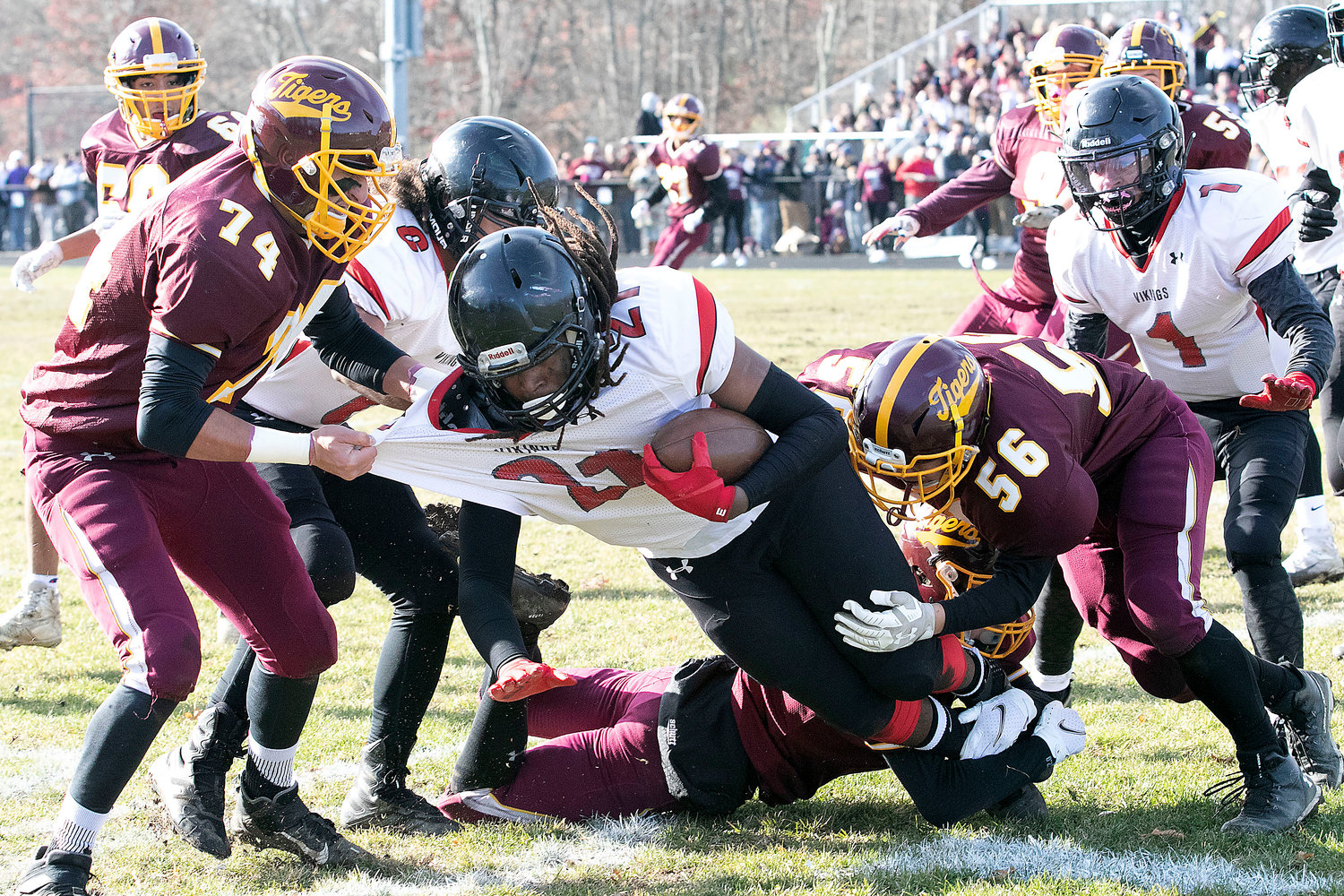 They called him a legend, mentor, friend, role model and one of their favorite teachers. On Thanksgiving morning, they said good-bye.

Bob Murray, the Hall of Fame Tiverton High School football coach and athletic director who spent 45 years teaching thousands of players and students about sports and life, retired at age 67 Thursday, after coaching the Tigers in his last game as head coach. That the Tigers lost to rival Rogers at home, 36-0, was of little consequence. The day was all about Coach Murray.

"I can count the most inspirational, impactful people in my life on one hand," said one speaker during a ceremony honoring Murray prior to the start of the game.

"My life is much better because of the countless hours (Coach Murray) spent teaching me to be a better person."

Thursday's ceremony drew hundreds of residents, many of them former basketball and football players, to the Tiverton High School athletic complex, which was re-named the Robert Murray Athletic Complex in his honor. Well-wishers formed a tunnel from the sidelines to the podium and Coach Murray ran a joyous gauntlet, getting hugs, cheers, hand-shakes and high fives along the way

"You are the man, Coach!" yelled Steve Sousa, lifting him off his feet and giving him a bear hug along the way.

Coach Murray's was a long, distinguished career. A Fall River native who graduated from BMC Durfee High School in 1973 and Springfield College in 1977, he began his career in Tiverton in 1976, serving as assistant football coach, and in 1981 was hired by Tiverton as a full time phys-ed teacher, athletics director, and head girls' basketball coach. He was named head football coach the following year.

On the court, Coach Murray coached the women's basketball team for 21 years, making the playoffs in 14 of them and accumulating more than 250 wins. His teams won two division championships, and he was named Coach of the Year i 1985, 1995 and 2001.

In 2011 he returned to baseball, one of his earliest loves, and was named head baseball coach in 2016, leading the team that year to a Division II league championship.

Over the years, he gave out hundreds of game balls, and had the honor reciprocated Thursday, when he was presented with one for himself, as well as a plaque.

"Coach Murray set the standard for coaching at Tiverton High School. Under his leadership as athletic director and coach, the Tigers of Tiverton competed in over 100 state and division championship games. A master teacher of athletics,Coach Murray often placed his players and coaches before himself. He is respected and admired by all his former players, students, and peers. Coach Murray accomplished this legacy by adhering to the principles of discipline, pride, loyalty, leadership, and academic achievement."