We write to you on a matter of great urgency for open government. Three months ago, our coalition, ACCESS/RI, consisting of … 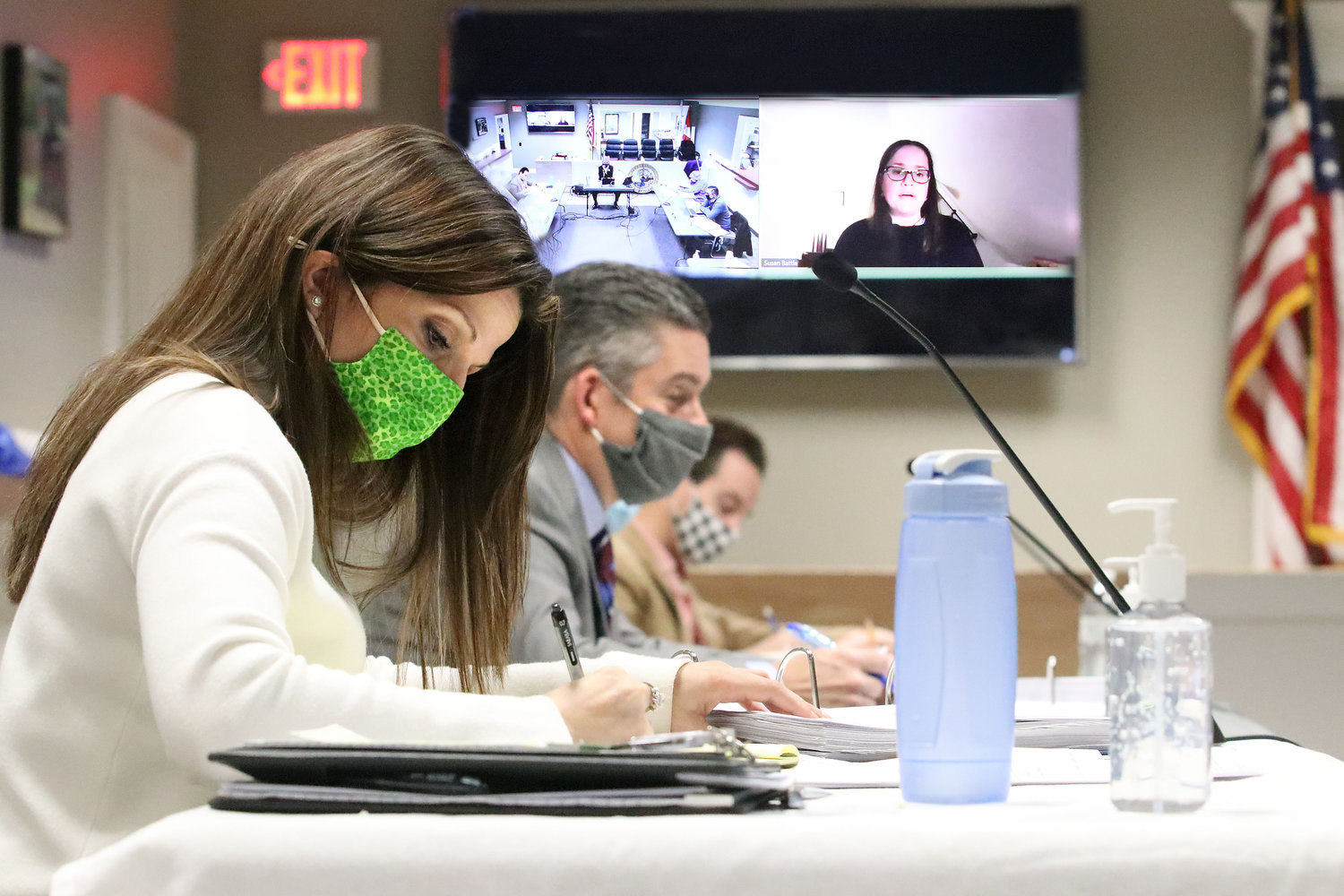 The Town of Bristol upgraded its audio-visual platform to allow the public, or other town officials, to Zoom into public meetings.like this meeting of the Bristol Town Council earlier this year.
Posted Tuesday, December 21, 2021 2:46 pm

We write to you on a matter of great urgency for open government. Three months ago, our coalition, ACCESS/RI, consisting of individuals and non-profit organizations dedicated to improving citizen access to the records and processes of government in Rhode Island, wrote to express our concerns to you about the diminishment of government transparency generated by the troubling increase in infections, hospitalizations and deaths caused by the Covid-19 Delta variant.

At that time, we called on you to reinstate the executive orders that had previously been in effect for more than a year, which allowed for remote meetings of public bodies while requiring livestreaming and remote public participation. However, you did not take up our recommendation, and the Open Meetings Act, requiring in-person attendance of all members of public bodies, has been in full force for the past five months.

While some public bodies have, to their credit, continued offering remote meeting access to the public, most have not. As urgent as our request was in September for reinstatement of an OMA executive order, it has taken on heightened importance in light of what appears to be the even more contagious nature of the Omicron variant and the havoc it is beginning to wreak on our state’s healthcare and other systems.

We therefore vigorously reiterate our call for a return to a hybrid/remote public meeting process via executive order. This is a time when Rhode Island government at the state and local level faces numerous challenges – as well as numerous opportunities brought on by the substantial infusion of federal funds for multi-varied purposes. The need for public oversight of the activities of public bodies is at its zenith. Yet many members of the public with a strong interest in watching and participating in government meetings find themselves, for genuine health and safety reasons, shut out of the process as public bodies grapple with those challenges and opportunities.

Democracy suffers when public bodies can meet without either the oversight or input that public attendance and participation can provide. We obviously cannot speak for the public bodies themselves, but we do know that many residents of the state – in recognition of the large number of breakthrough infections being caused by Omicron – are legitimately and understandably reluctant to physically attend public meetings. Particularly for the state’s large elderly and immunocompromised population, even being masked and fully vaccinated is no guarantee of protection in crowded meetings in indoor settings. Indeed, those types of meetings are precisely the ones we would expect the state to be discouraging, not promoting, at this stage of the pandemic.

Your latest, lengthy executive order is a pointed reminder that we remain in a state of emergency. The letter you recently received from the state chapter of the American College of Emergency Physicians, warning that “our state healthcare system is currently collapsing,” offers yet another reason for concern about the state’s role in unnecessarily encouraging potentially large public indoor gatherings.

Under the circumstances, we trust you will agree that an executive order is both warranted and needed to ensure that the goal of the Open Meetings Act – to safeguard the ability of residents to “be advised of and aware of the performance of public officials and the deliberations and decisions that go into the making of public policy” – is met in reality, not just theory.

We therefore once again strongly urge you to reinstate your earlier executive orders so as to permit public bodies to meet virtually and thereby allow the public to monitor and, where authorized, participate in those meetings remotely. The discouraging and admittedly tiring length of time that we have all had to deal with the effects of Covid demands more, not less, attention to ensuring public oversight of the democratic process.

We thank you in advance for your consideration of this request, and look forward to hearing back from you about it at the earliest opportunity.

Editorial: A conversation long overdue, and worth having

Editorial: Too many candidates chose not to debate