The Barrington High School boys hockey team reached the championship game of the Cape Ann Savings Bank Holiday Tournament in Gloucester, Massachusetts on Monday, but fell in the finals to the … 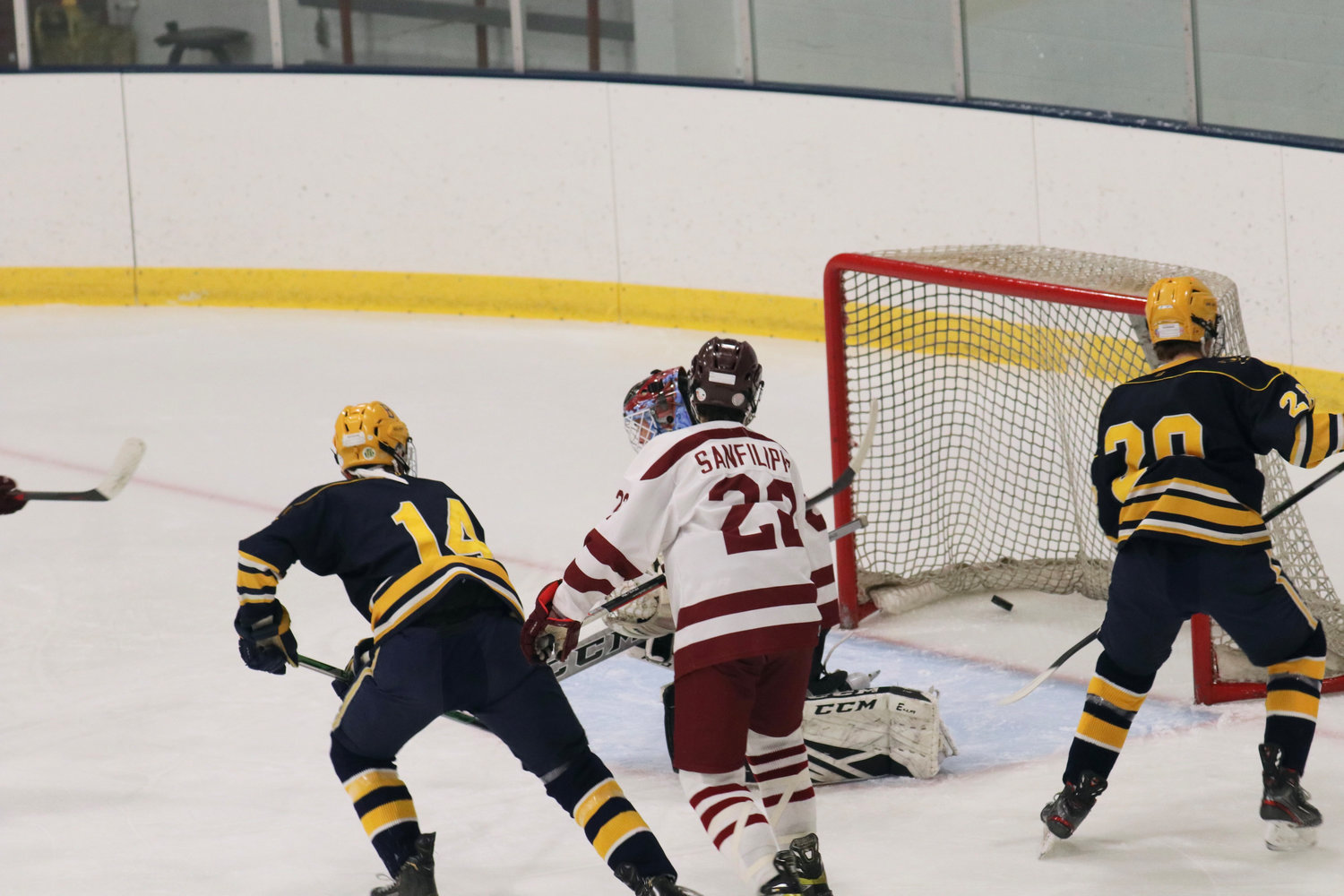 Senior captain Brenan Gazeryan (14) and freshman Chase Watts (28) look on as a shot from Josh Leblanc (not shown) enters the net. 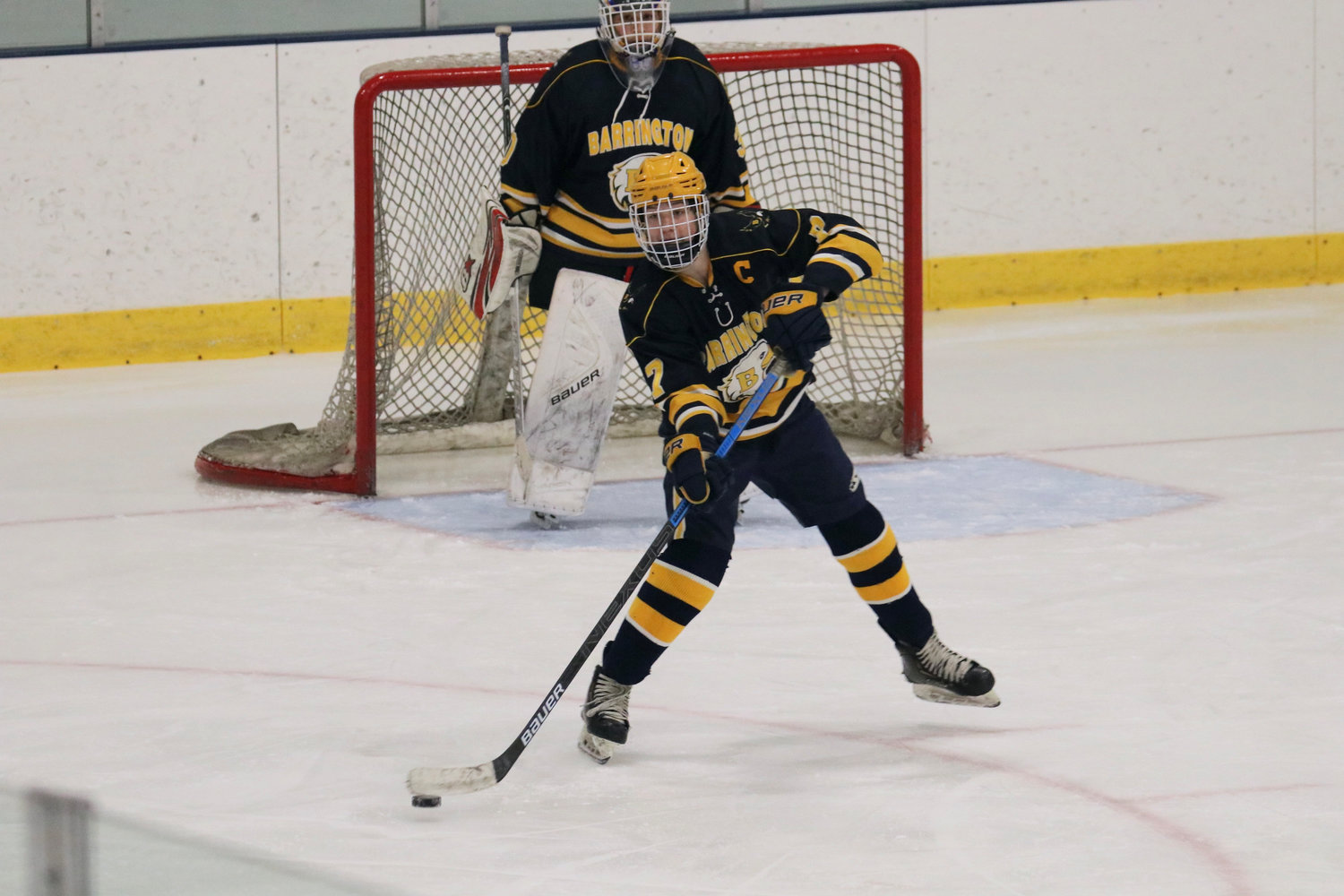 The Barrington High School boys hockey team reached the championship game of the Cape Ann Savings Bank Holiday Tournament in Gloucester, Massachusetts on Monday, but fell in the finals to the Gloucester Fishermen 7-5.

The Eagles outshot the Fishermen, but the Fishermen came out ahead on the scoreboard. Barrington goals were scored by senior captain Josh Leblanc, freshman Henry Kelsey, senior Brenan Gazeryan, freshman Drake Almeida and sophomore Trevor Snow.

The Eagles reached the final by defeating Beverly High School on Sunday in the tournament opening match 6-0. The line of Sam Faulkner, Chase Watts and Gazeryan led the scoring for the Eagles, as Faulkner and Watts both notched two goals and two assists, and Gazeryan contributed four assists. Additional scoring was provided by Almeida (one goal, one assist), Snow (one goal) and junior Tucker Squires (one assist). Freshman goalkeeper Dom Bruzzi notched the shutout in his first start for the Eagles with 21 saves.

Earlier in the week, the Barrington Eagles Boy’s Hockey team lost two tight back to back league matches against undefeated Hendricken (3-0-0) and East Greenwich (3-1-0).

The Hendricken game started slow for the Eagles, and after two periods the Hawks were ahead 3-1 with the Eagles goal scored by Gazeryan and assisted by Watts.

But the Eagles came alive in the third period, with two additional goals, first by Watts (unassisted) and then Faulkner, assisted by Gazeryan and Watts. Sophomore Goalkeeper Cam Siwik made a number of critical saves (34 in total) to keep the Eagles in contention. Final score: Hendricken 4, Eagles 3.

The Eagles played again on Thursday evening, this time against East Greenwich.  The back and forth match was scoreless after two periods, with both teams afforded significant chances but unable to capitalize. East Greenwich ultimately came out ahead, with a single goal in the final minutes of play. Final score: East Greenwich 1, Eagles 0.

The Eagles next game will be the annual JP Medeiros Memorial game vs. Mt. Hope (nonleague) on Wednesday, Jan. 5 at 6 p.m. at the Portsmouth Abbey rink; masks are required.