Barrington lost to Mount St. Charles 7-2 on Thursday. The Eagles and … 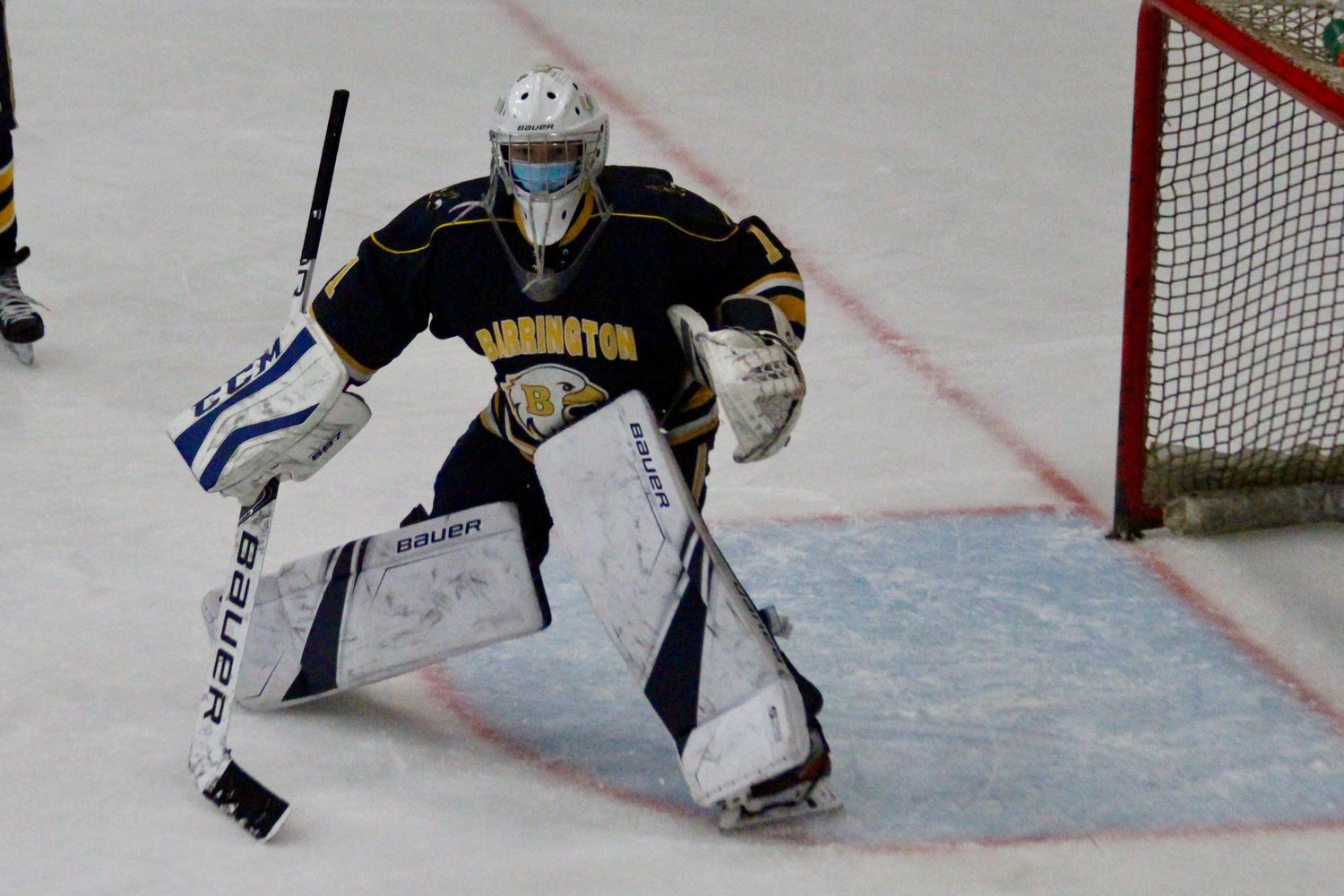 Barrington High School’s freshman goalie Camden Siwik stopped 33 shots in the Eagles' 3-1 victory over Prout, and stopped another 33 shots in a loss to Mount St. Charles. 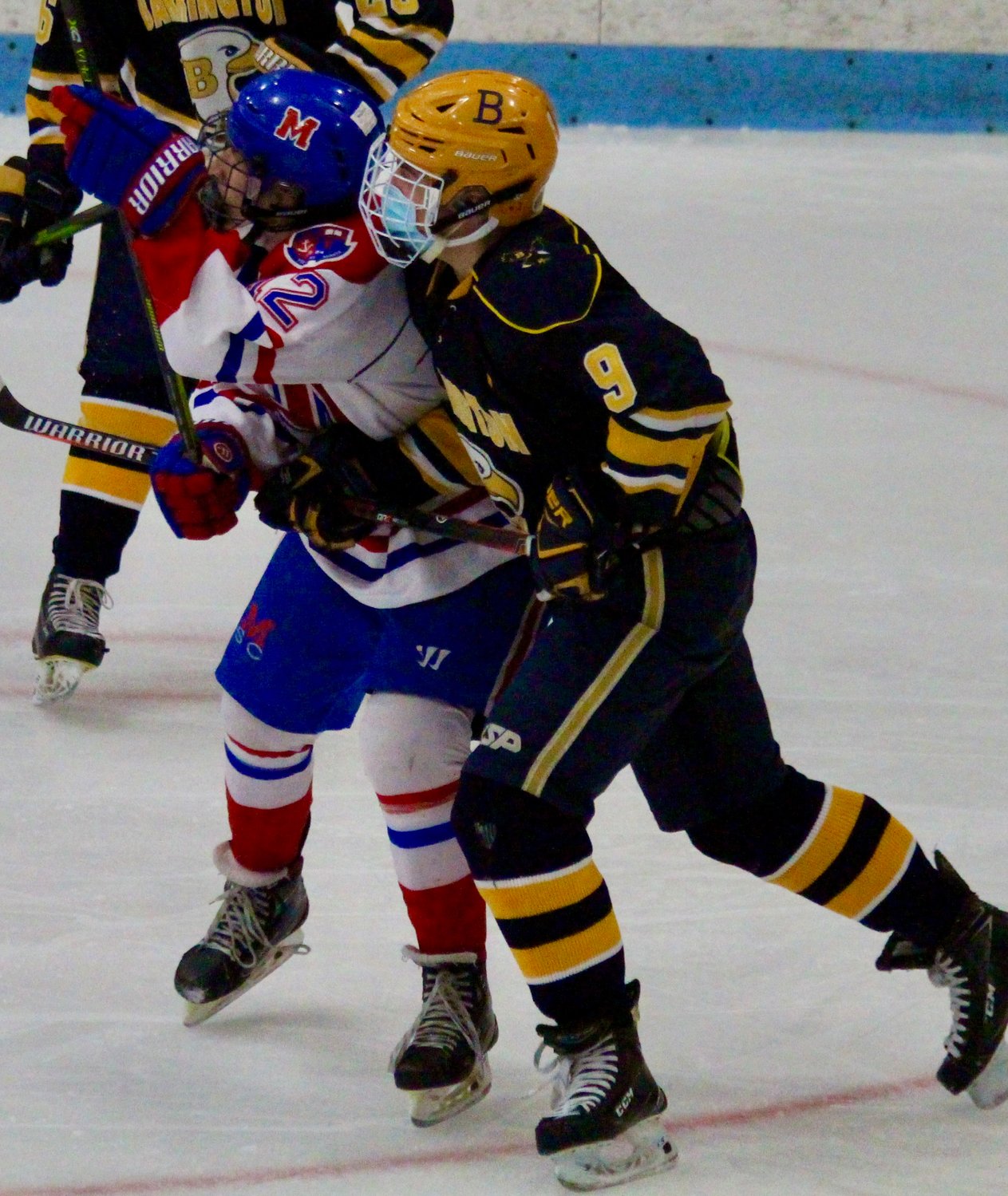 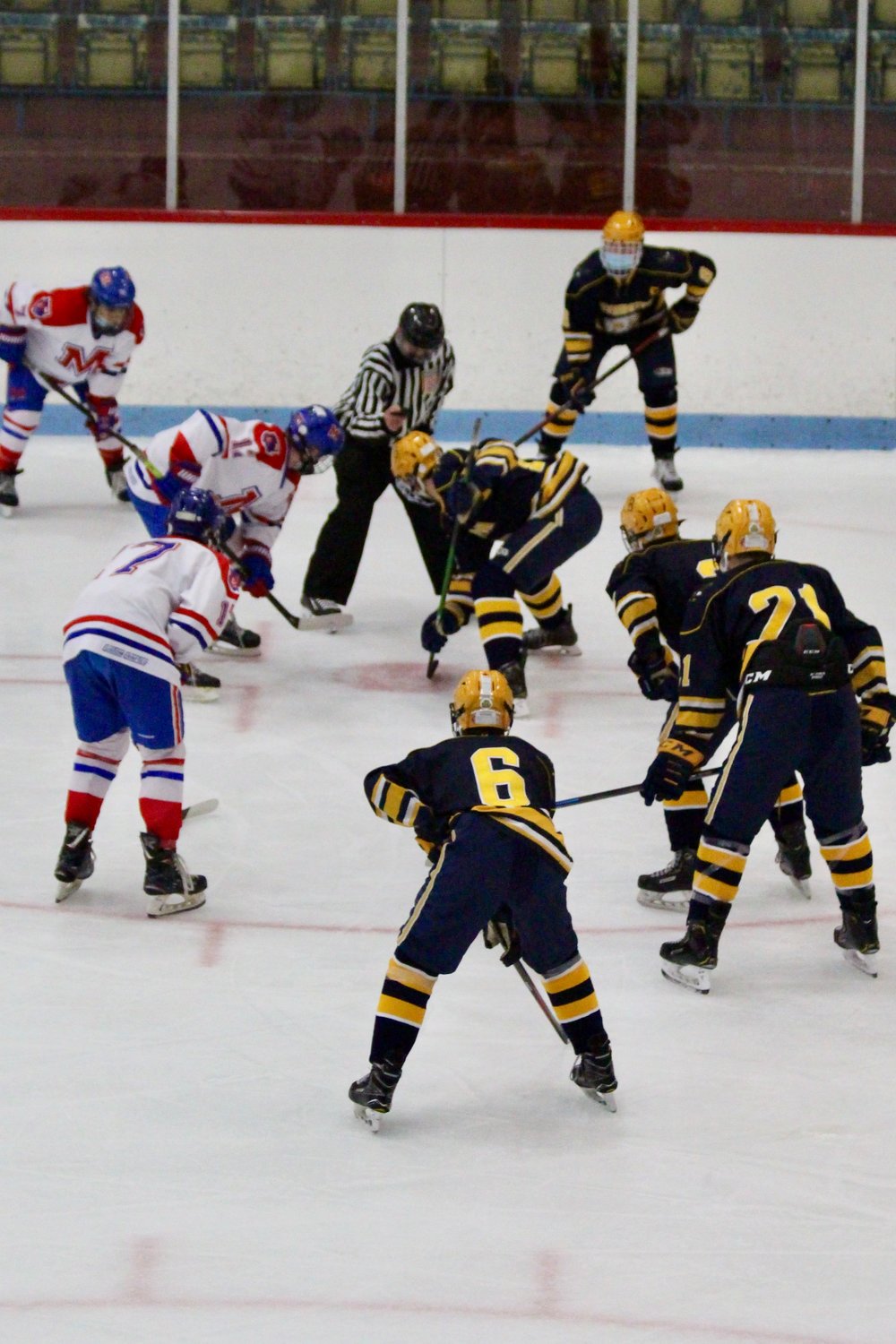 The Eagles prepare for a face-off against Mount St. Charles.
Previous Next
Posted Wednesday, February 3, 2021 9:42 am

Barrington lost to Mount St. Charles 7-2 on Thursday. The Eagles and Mounties were locked in a close contest through most of the game, but MSC scored three goals in the final two minutes of the third period to pull away.

On Saturday, Barrington bounced back from the earlier loss by defeating Prout 3-1. The first two periods were scoreless, but Callum Flaherty scored to give the Eagles a 1-0 edge. Five minutes later, Brenen Gazeryan scored to increase Barrington’s lead, and Flaherty netted his second on an empty net. Prout scored with 26 seconds remaining to make the final, 3-1 Barrington.

The Eagles opened the season against Moses Brown, skating to a 1-1 tie. Sam Faulkner scored Barrington’s lone goal, assisted by Josh Leblanc, and Siwik stopped 33 shots in his varsity debut.

The Eagles are anchored by a strong group of seniors — captains Owen Crain, Callum Flaherty, and Jackson Gorman, along with Will Ide, Bobby Ide and Michael Cox.

Barrington will play against Bishop Hendricken on Friday, Feb. 5, at 8:30 p.m., and against Smithfield on Saturday at 5:45 p.m.