Barrington official: Schools on track to finish with $2 million surplus

Town officials shared a detailed look at the proposed budgets during the annual budget hearing on Wednesday night, May 11.

Barrington official: Schools on track to finish with $2 million surplus 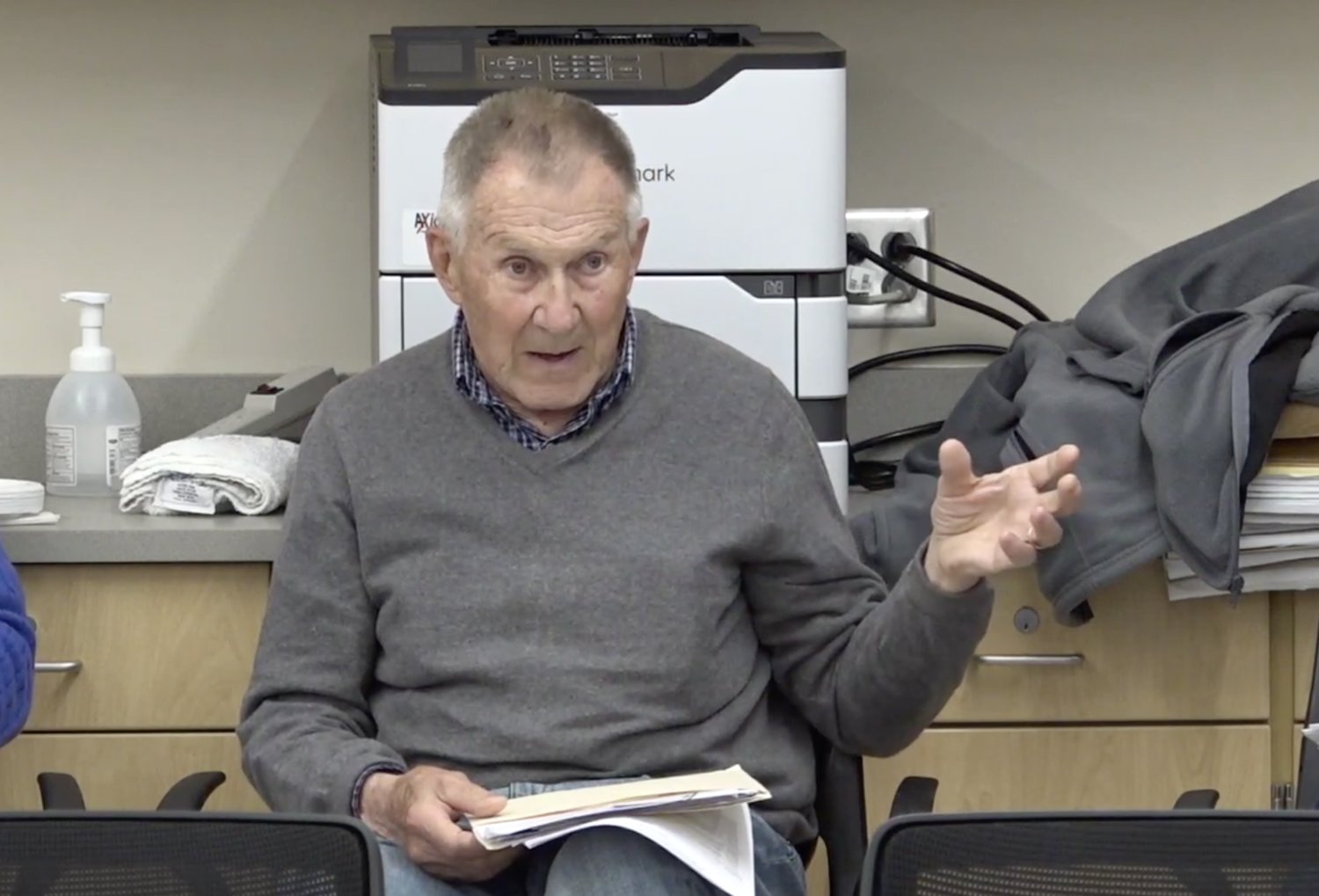 Barrington resident and former Committee on Appropriations member Peter Clifford asks questions during the budget hearing on May 11. Clifford said the COA could offer more information to taxpayers — a broader view of the town’s finances. 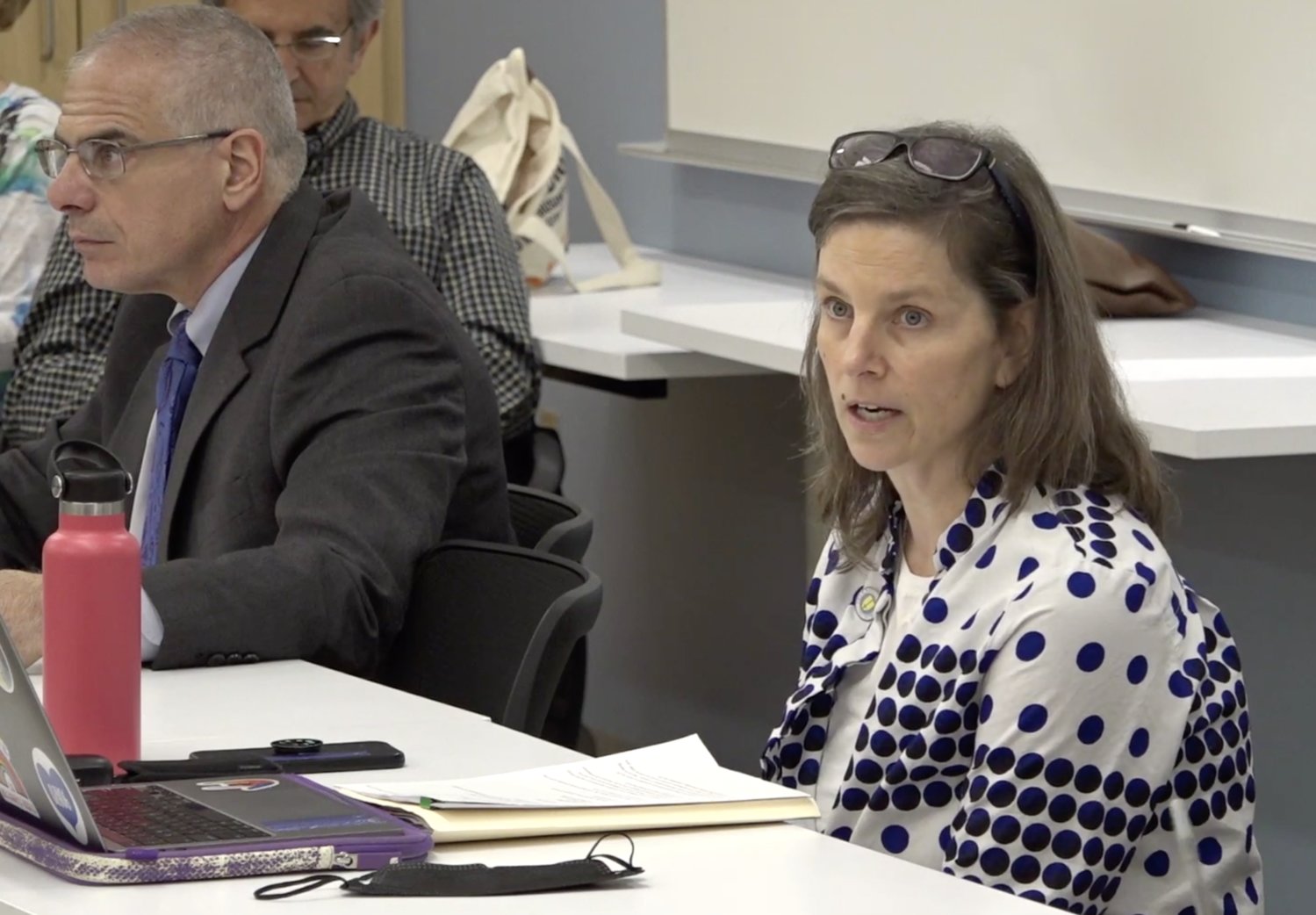 Cynthia Rosengard, chairwoman of the Barrington Committee on Appropriations, shares information during the budget hearing on Wednesday, May 11.
Previous Next
Posted Saturday, May 14, 2022 8:59 am
Here are the recommended budget increases

• 3 percent salary increases, and $15 per hour minimum wage for all Barrington employees

Town officials shared a detailed look at the proposed budgets during the annual budget hearing on Wednesday night, May 11.

The event serves as a preview for the May 25 financial town meeting where taxpayers will be asked to vote on the budgets and a few other items. The hearing also focused on whether town officials could better inform taxpayers about the town’s finances.

Peter Clifford, a former member of the Committee on Appropriations, said the current COA needs to do a better job educating residents about the recent increases in revenue and in spending by the municipal government and school department. Clifford believes the average taxpayer is not aware of that.

Clifford said he studied the budgets and found that revenue from sources other than local taxpayers increased by about $10 million from 2019 to 2021. He said about half of that went into line items in the existing budgets. Some, he said, went to reducing the town’s debt. But some of the money, Clifford said, was hard to trace. He asked where it went and who got to decide what to do with it.

Steve Primiano, a current member of the COA, said the additional revenue went into the town’s and schools’ reserve accounts.

Richard Staples, the town’s moderator and a former member of the COA, said the budget review process conducted by the COA is very transparent — the meetings are open to the public, and also available online. COA members said budget documents are posted to the town’s and school department’s websites.

Clifford agreed that the process is transparent, but added that the COA could offer more information to taxpayers — a broader view of the town’s finances.

COA member Susie Holloway agreed. She said the committee could probably do a better job being clearer in how it describes and categorizes the numbers, and what happens with the budget surpluses.

Clifford said that was why he asked about the budgets, because he believes some people are going to file amendments for the financial town meeting to add more money to the school department’s budget request.

Clifford also asked about the staffing levels with the Barrington Public Schools. He said the staffing had been level for many years at about 400 employees, but said the district was expected to employ 436 people for 2023. Clifford said the COA could offer a chart showing the increasing number of school and municipal employees over the years.

Holloway said she liked that idea.

Barrington Superintendent of Schools Michael Messore said there are a number of factors impacting the staffing levels at local schools. He said the staffing is often directly related to student services. He also referenced student population increases at Barrington’s elementary schools.

COA member Bill DeWitt said access to budget information is not an issue, although it is difficult for people to dedicate the time needed to track down the details they want. He said residents are all “super-busy.”

Neile Hartman attended the budget hearing, and said the budget information offered to residents is hard to understand.

Mark Hanchar, a former member of the COA, asked if the town moderator could be directed to share a macro-view of the town’s finances during the FTM, but Staples said he was not sure if the financial town meeting was the right time or place to provide an educational component to the budget process. Staples added that he would be interested in exploring the creation of a community lecture series on town budgets in the future.

Cynthia Rosengard, the chairwoman of the COA, said that’s essentially what the Committee on Appropriations did during its meetings over the last few months. She said no one from the public attended the meetings.

Some officials said the town’s budget forecasting committee might be the best option for distribution of budget information, and Hartman suggested that officials actively disseminate the information, maybe through the voter registry.

Staples later suggested that a print-out detailing the budget be included with the town calendar that gets mailed out to residents.

Hanchar asked a number of questions during the budget hearings, including one about the town’s and schools’ reserve accounts.

Primiano said the town’s reserve account ensure a great bond rating for Barrington, and can also be used for cash flow purposes during an emergency. The school reserve account, he said, was used for capital improvements to the school facilities.

Hanchar appeared to question why the town and school department continued to pile up nearly 25 percent of its total budget in reserve accounts.