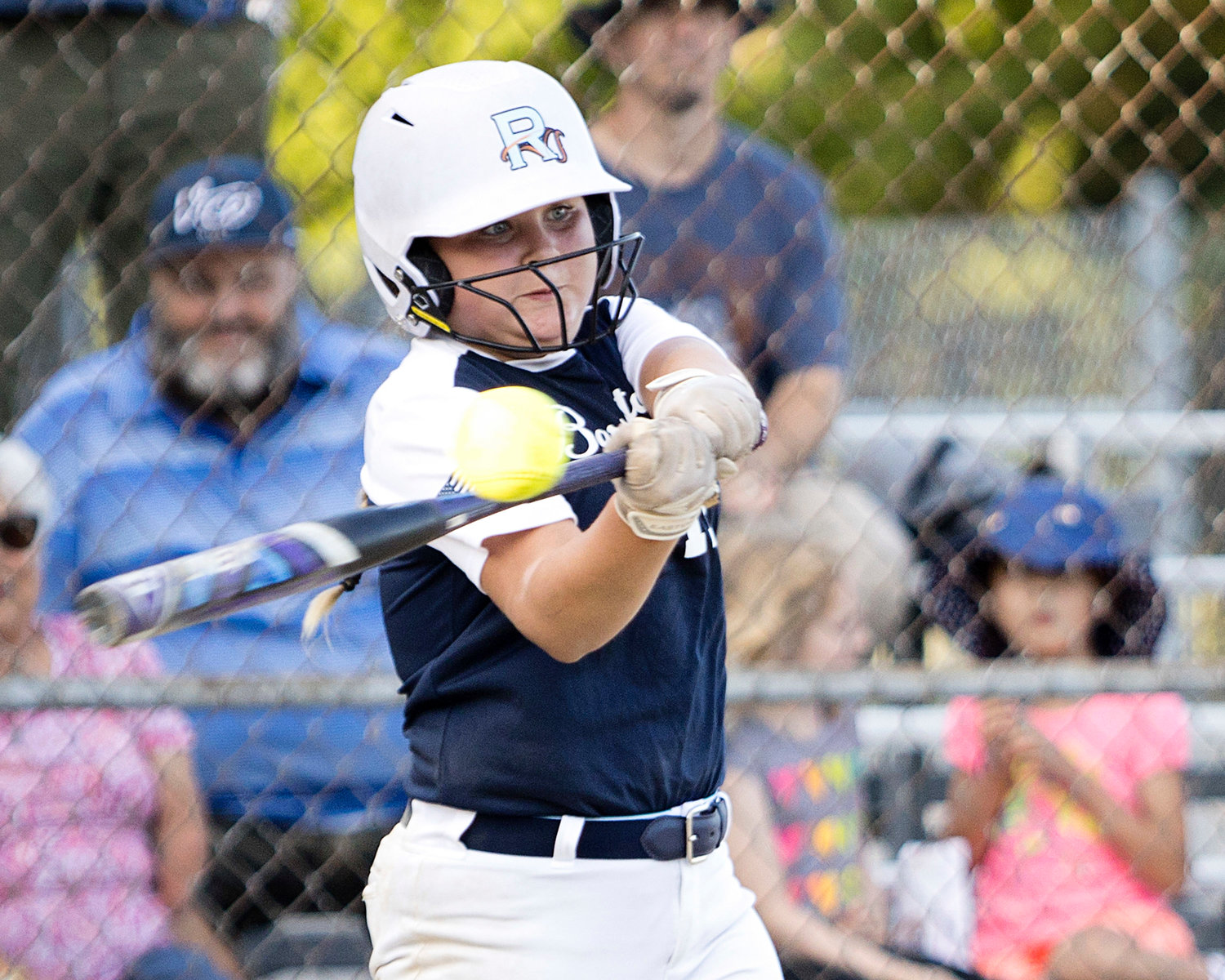 Barrington's Erin Moran, shown hitting the ball in a game against Tiverton on Wednesday, crushed a grand slam against Newport on Thursday.
Photo by Julie Furtado
Posted Friday, July 1, 2022 11:16 am

Erin Moran crushed a grand slam to give Barrington a lead against Newport. Meanwhile, Audrey Paxton was stellar on the mound. Addison O’Byrne played well at third base, connecting with Emily Peluso for a number of key outs.

With the win, Barrington earned a second shot at Tiverton. The two teams are scheduled to play on Tuesday, July 5 at 5:45 p.m. The location has not been announced yet.