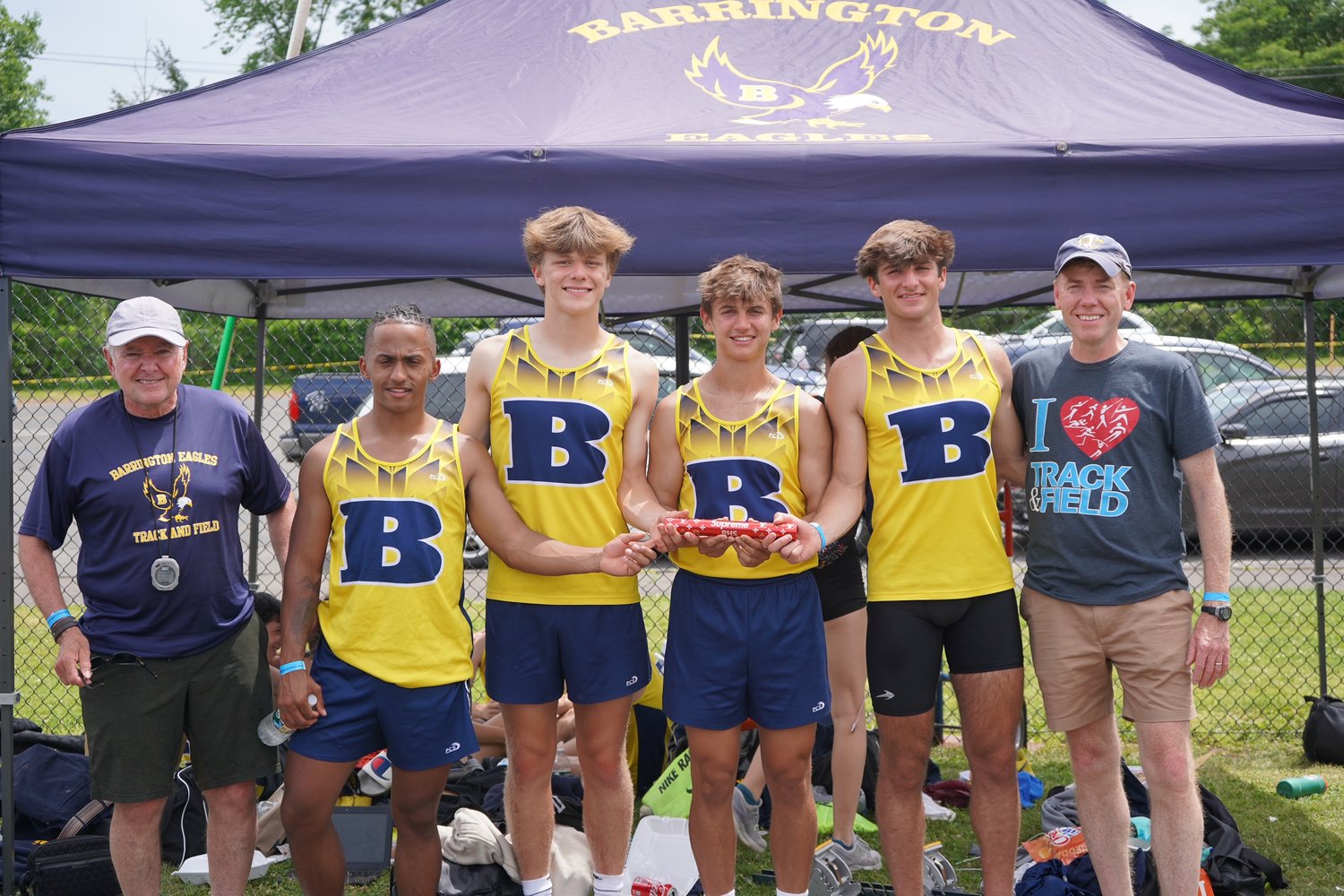 The Barrington High School 4x100-meter relay team set a new school record while competing at the New England Championships in New Britain, Conn. on Saturday. Nate Greenberg, Andrew Blazewicz, Iain DeBoth and Jackson O'Connor capped a stellar outdoor season, breaking their own record in the relay event, finishing with a time of 43.40.

Eleven athletes on the Barrington High School boys track and field team competed at the New England Championships — Ben Hill in the pole vault, Ethan Knight in the 110 hurdles and 300 hurdles, Nate Greenberg in the 100 and the 200, Brandon Piedade in the 3,200-meter run, and the 4x800 team of Charlie Stockwell, Myles Napolitano, Daniel Chun and Andrew Rego.