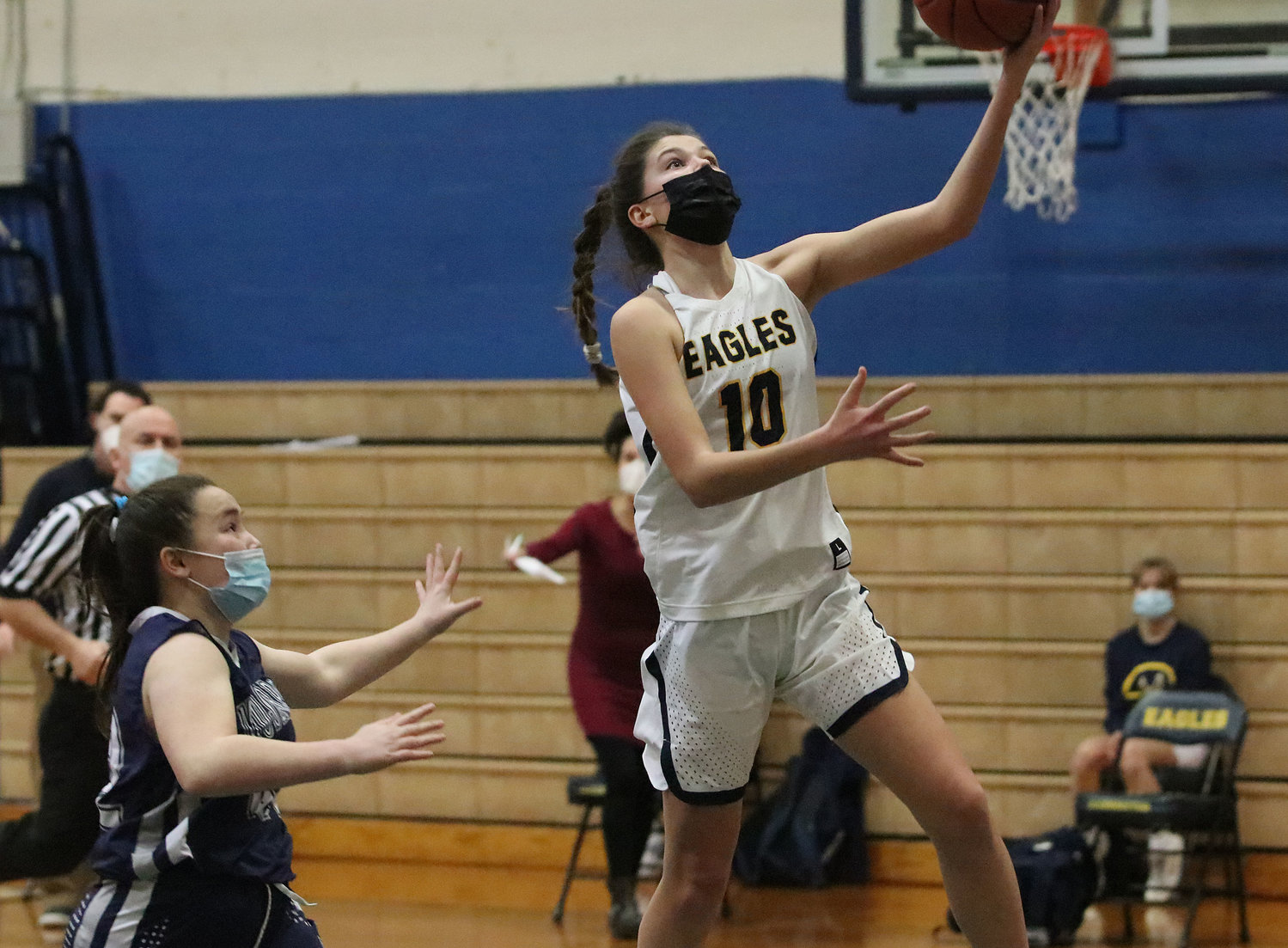 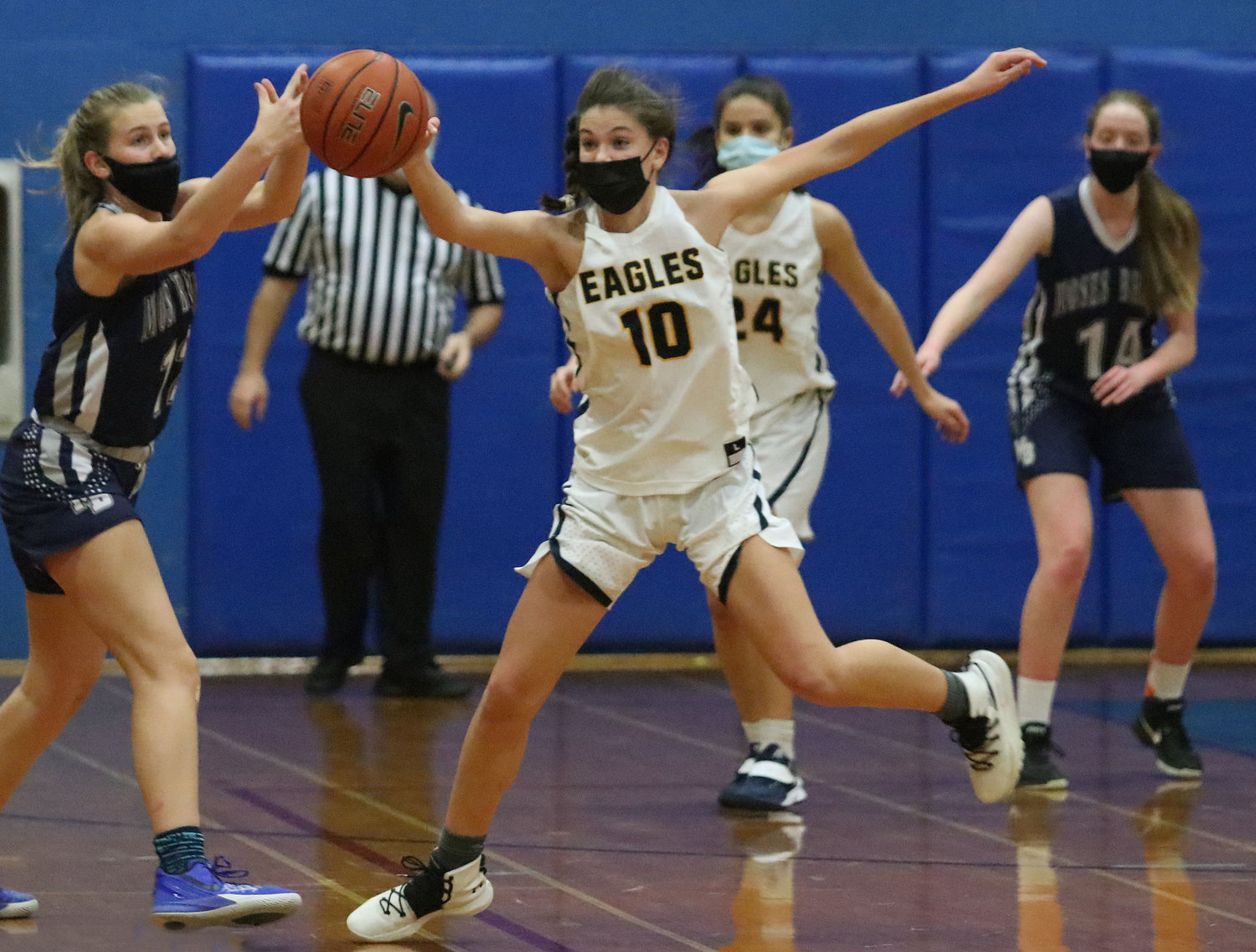 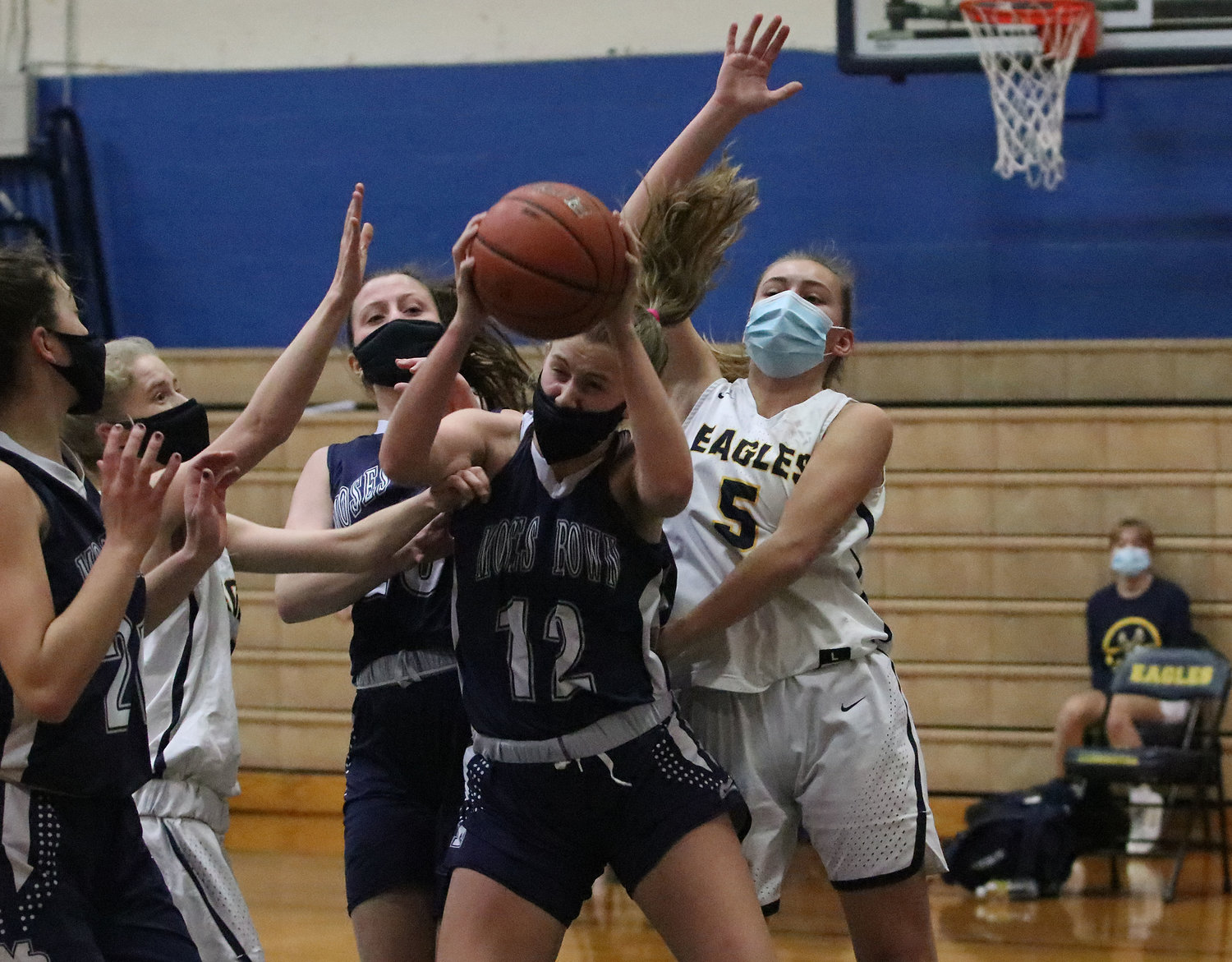 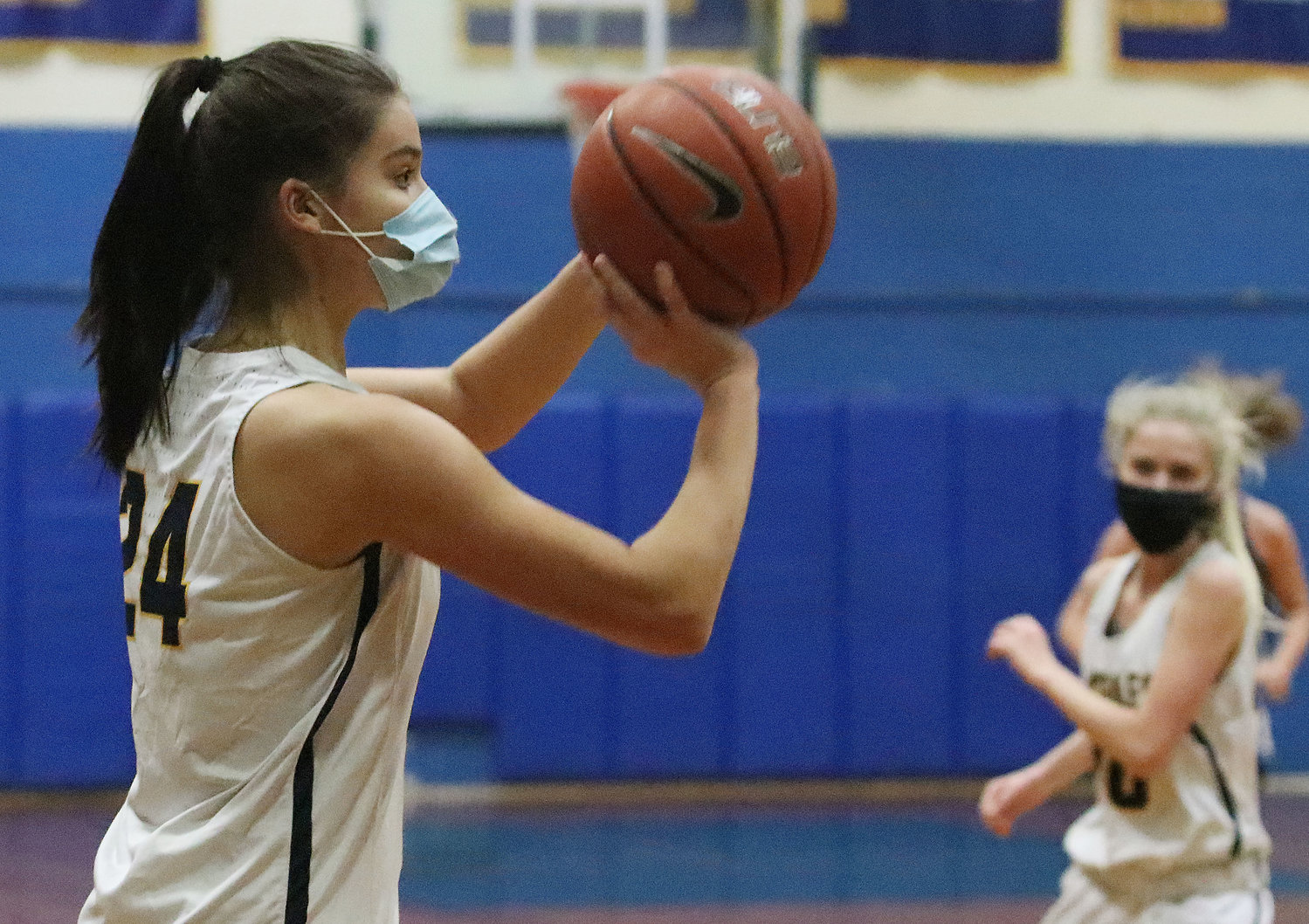 The Eagles’ Ava Jones squares for a shot against Moses Brown during Barrington’s win over Quakers.
Photo by Richard W. Dionne Jr. 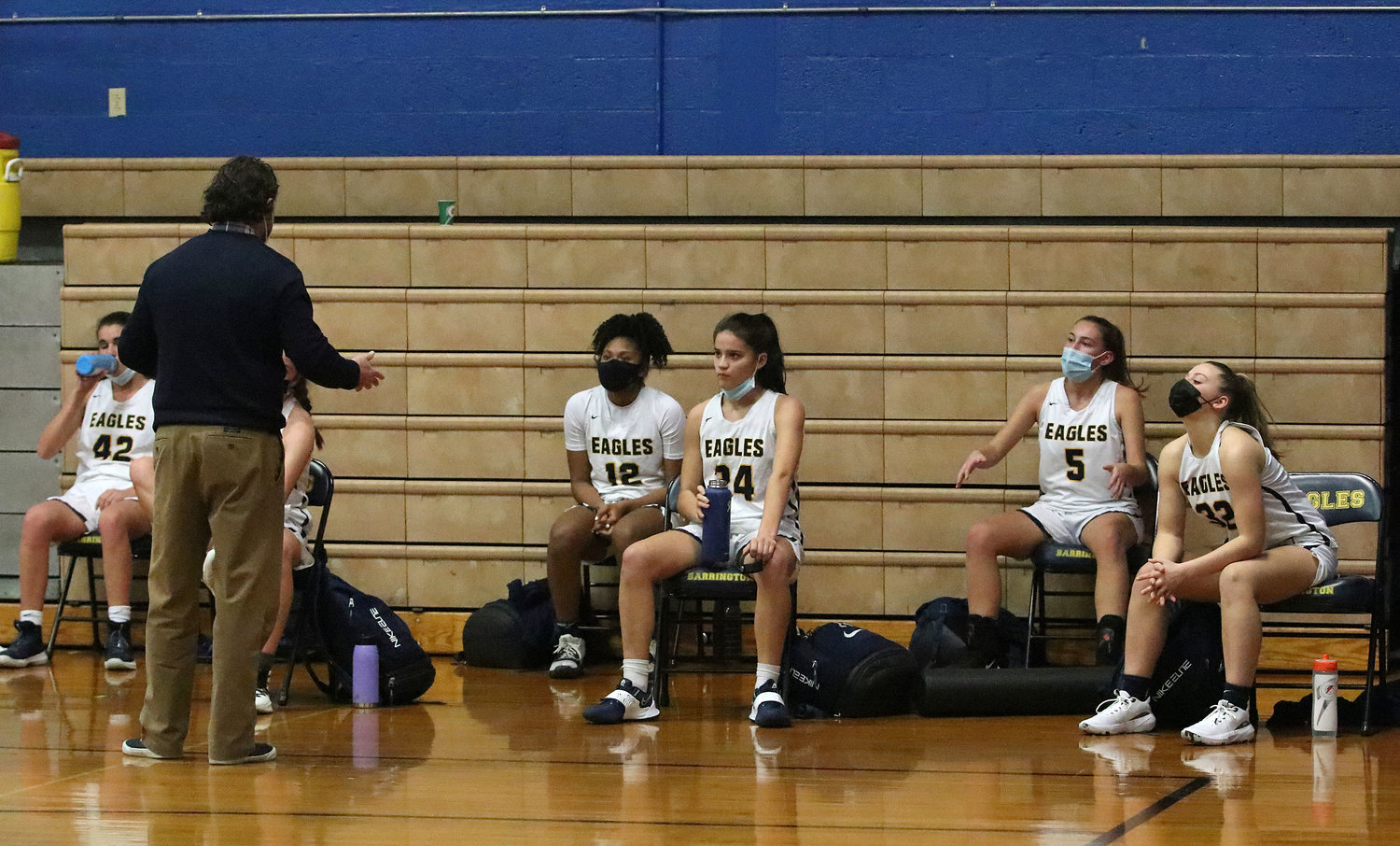 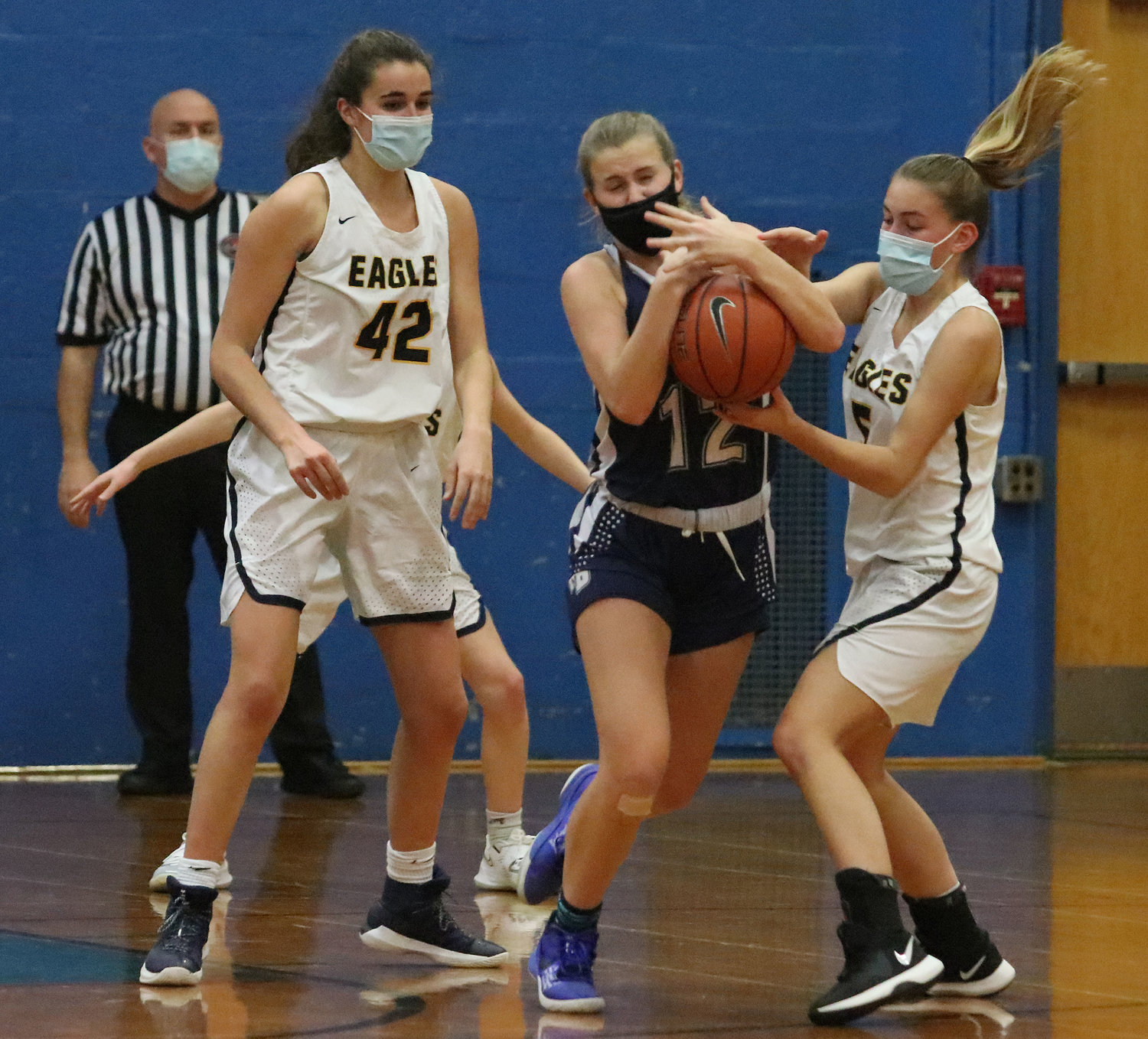 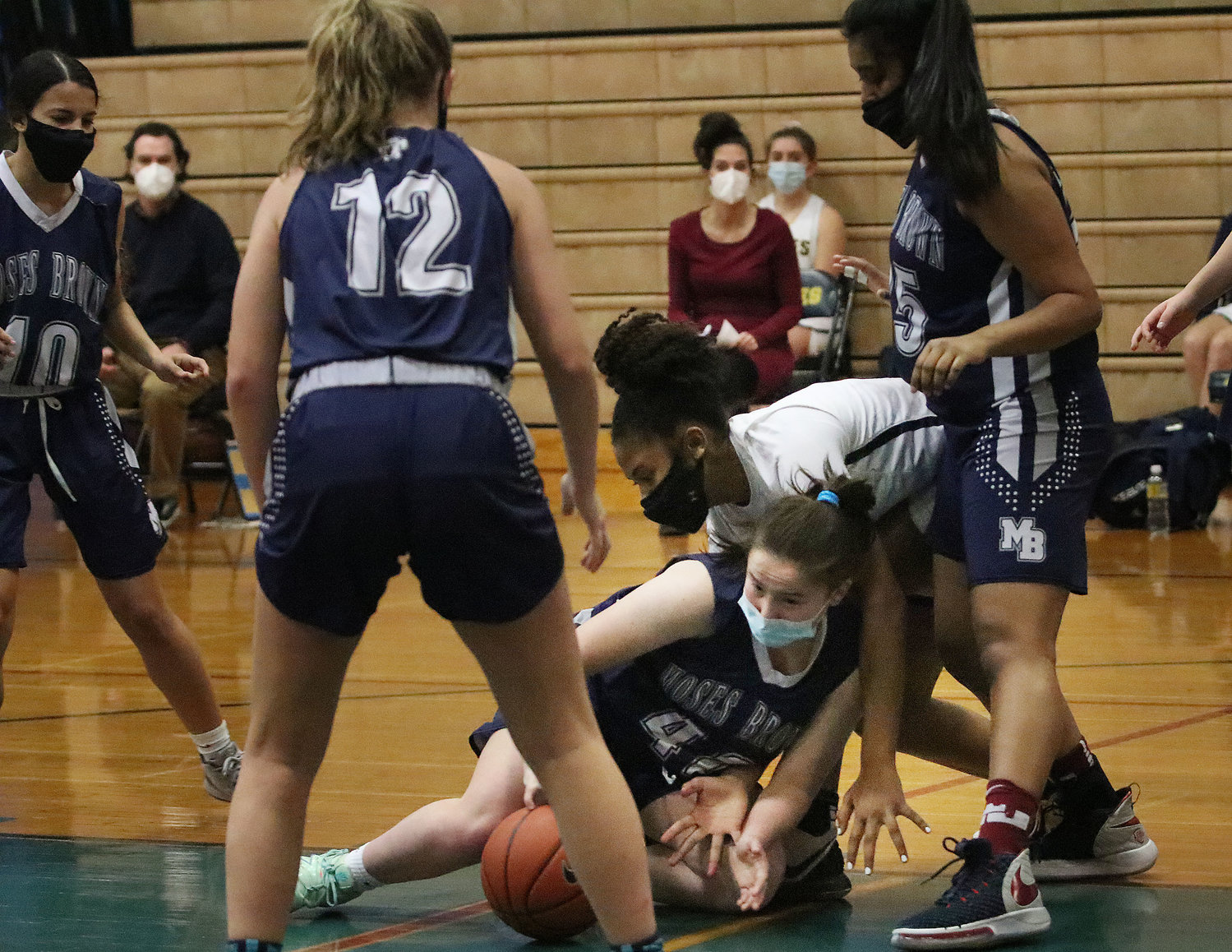 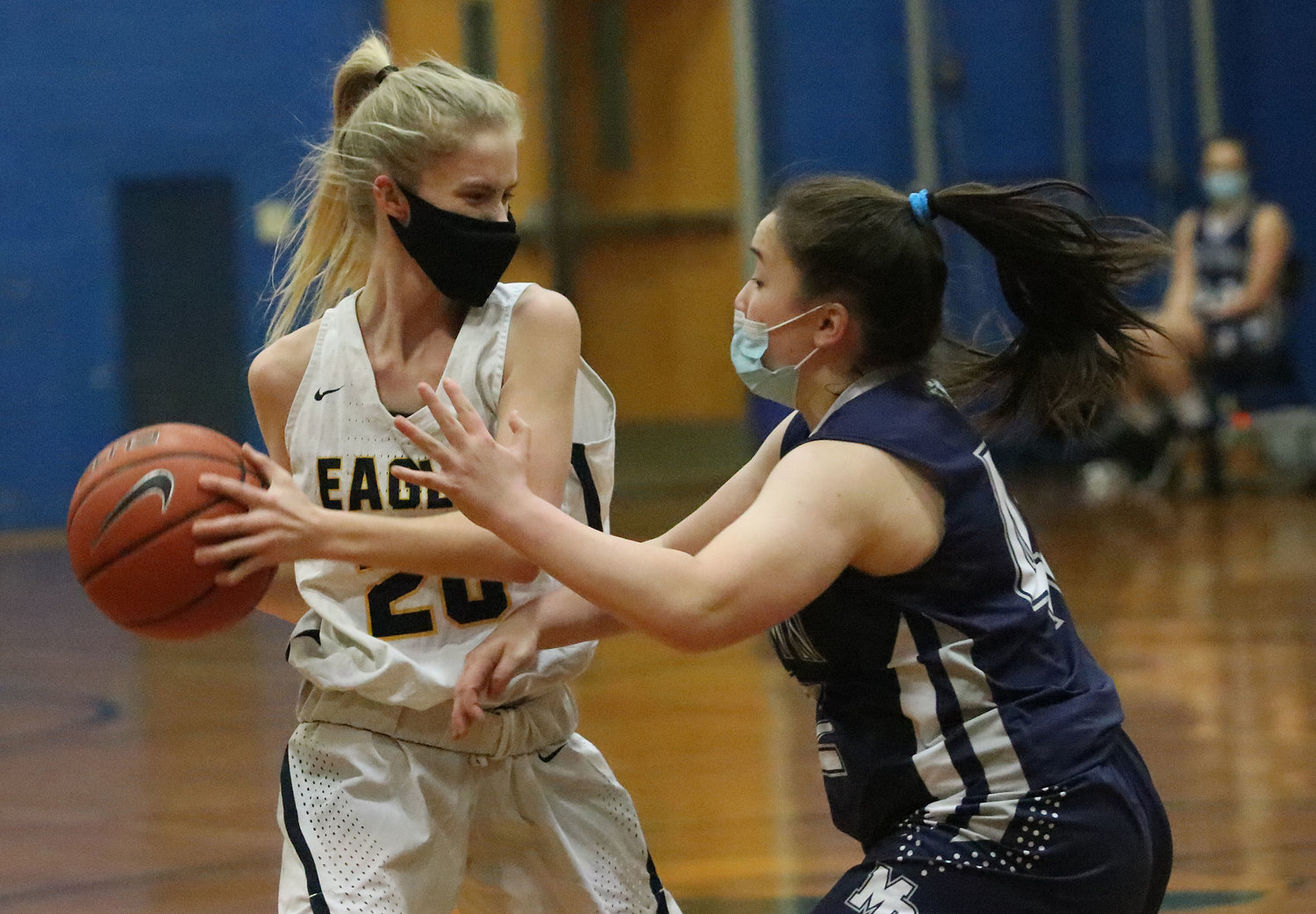 Barrington freshman Dani Ceseretti led all scorers with 24 points and had 10 assists, while her classmate Lindsey Lemay finished the game with six points. Caroline McConaghy also scored with 10 points for the Eagles.

The victory over Moses Brown followed a lopsided win over Juanita Sanchez, 65-31 on Jan. 26. McConaghy scored a game-high 19 points, while Ceseretti finished with 16 points and had 13 assists.

Ethan Coutu and Matt Raffa led the Eagles in scoring, each finishing with 13 points, while Sean Bonneau went 6-for-7 from the free throw line and finished with eight points. Connor Sullivan pitched in with five points and Brigham Dunphy added four.

Meg Zitzmann won the 3,000-meter race and ran a leg of the second-place 4x400-meter relay race. Olivia Johnson, Gunness and Turgeon teamed up with Zitzmann in the event.

“We also had a number of freshmen get their feet wet by competing in their first high school track and field competition,” Coach Ed Roskiewicz said. “All of this was exciting for me to watch and I look forward to seeing everyone progress in their respective events as we move forward in the season.”