Owners of Ava Anderson Non-Toxic walks away from company

The Anderson family said it reached a breaking point Saturday night, Jan. 23.That’s when the Barrington residents decided to shut down their business, Ava Anderson Non Toxic. Kim Anderson, the …

Owners of Ava Anderson Non-Toxic walks away from company 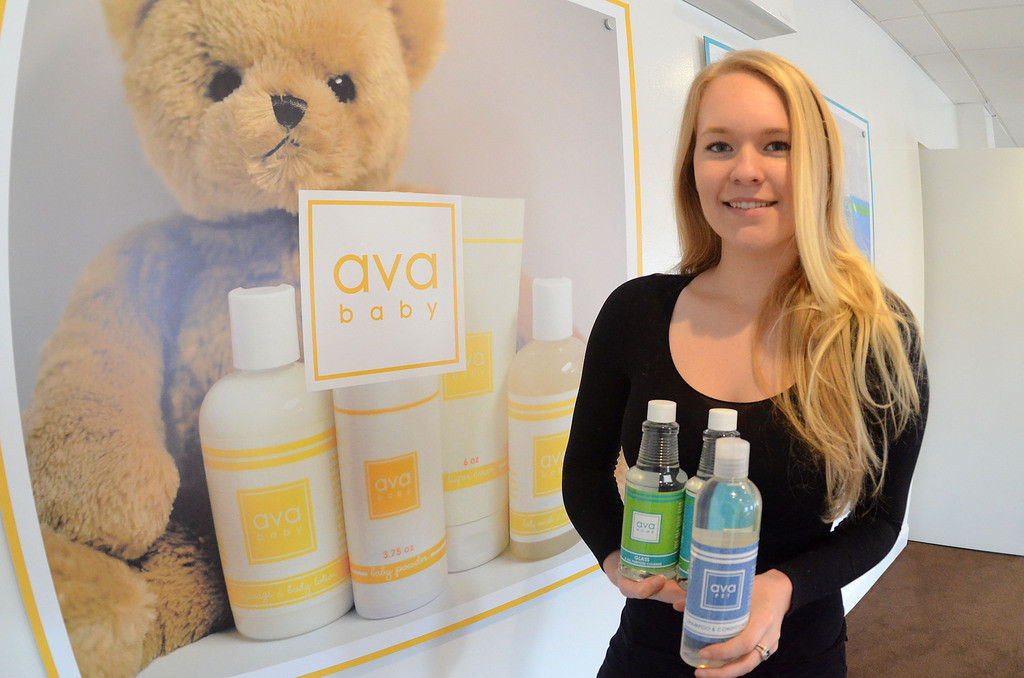 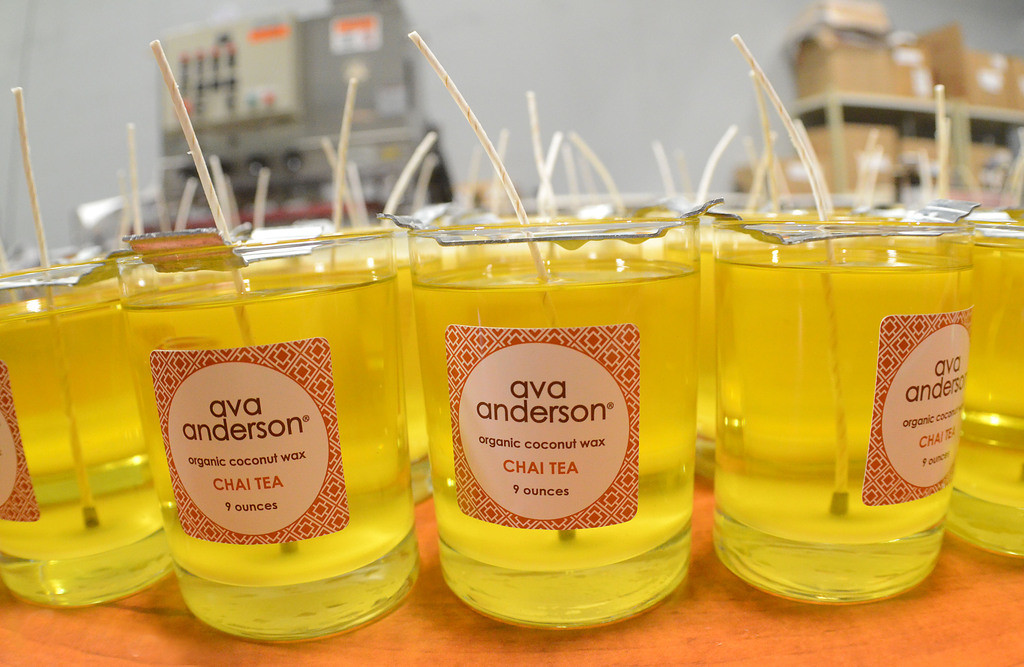 I have never, ever, ever mentioned Ava (the individual) on my blog. Never”
Jess Brandt
Cutting ties to Ava Anderson Non Toxic

The Anderson family of Barrington, which founded Ava Anderson Non-Toxic, issued a statement on its website on Monday, Jan. 25, alerting people to its decision to close the business.

“The Anderson Family has made the difficult decision to end their 6-year journey by closing what you have come to know as Ava Anderson LLC,” stated the message at avaandersonnontoxic.com.

“However, the Management Team at our RI-based home office will pick up the torch and carry it forward. We are diligently working to continue to offer the great products you have experienced over the past 6 years under a new brand. It is our intention to transfer all the great aspects of the company you currently know.”

That’s when the Barrington residents decided to shut down their business, Ava Anderson Non Toxic. Kim Anderson, the founder and president of the company, and mother of Ava, said attacks against her family and her daughter had become too much to handle. She said the situation had grown out of control — a never-ending barrage of online attacks and personal confrontations.

"As we've grown, it's become unbearable," Ms. Anderson said during a phone interview on Jan. 27.

"This is much more than just online. We became very concerned for the safety of our daughter."

Ms. Anderson said her family decided on Saturday night, Jan. 23, to sever ties with the business, which produces home care and personal products. She said the Andersons are walking away — not selling — the business. A new management company will reportedly take over the the business in the near future.
Jess Brandt cannot help but question the timing of the Anderson family's decision to close down its business.

Ms. Brandt lives in Wisconsin, is the mother of two young children and four years ago created the blog Eco Friendly Mama USA, which reviews "eco-friendly baby/family products made in the USA."

In the blog entry, Ms. Brandt details the results of an analytical report done on Ava Anderson Non Toxic's dish soap, stating "the dish soap contains 73 percent water and none of the organic plant-based oils the label claims."

In fact, Ms. Brandt has posted numerous entries questioning the ingredients and labels used by Ava Anderson Non Toxic. She said she read with interest on Monday, Jan. 25, that the Anderson family was closing the business and had cited "attacks" online and in person against their daughter as the reason for their decision.
"I have never, ever, ever mentioned Ava (the individual) on my blog. Never," said Ms. Brandt in a phone interview on Wednesday, Jan. 27. "For me, it's always been about the ingredients. I keep bringing it back to that. It's their motto.

"You can read everything I've written. It's all there. I've never even communicated with Ava."

Ms. Brandt said her posts have never been personal attacks. She said her entries have been focused squarely on the products, including the Ava Anderson Non Toxic dish soap that she paid $200 to have analyzed.

The report, which was completed by Kevin Dunn in the chemistry department at Hampden-Sydney College in Virginia, concluded that "... the product is not a mixture of oils and water, as claimed … While the product may have been manufactured from vegetable oil, it does not contain vegetable oil. It also does not contain soap. Comparing the spectrum to an admittedly small selection of detergents, the closest match was to a sodium alkyl sulfonate."
Ms. Brandt said she had sent an email to Ava Anderson Non Toxic on Jan. 1 listing a handful of questions she would like to have answered regarding the company's products.

She said a representative from the company replied, stating that the business would not answer the questions because they were not happy with Ms. Brandt's coverage on her blog.
On Wednesday, Jan 27, Ms. Anderson issued a statement regarding Ava Anderson Non Toxic products.

She said the company had recently hired an independent third party laboratory to test their products: "…The lab tested our products for 73 synthetic compounds including phthalates and semi volatile compounds. Our products were found, under this testing program, to contain no chemicals of concern, detected above a concentration of 0.02%."

In a followup interview, Ms. Anderson said the test was done on every product that they don't make in-house at the company's facility in Warren. She added that all their products are tested.
Ms. Anderson would not release the actual lab results and would not share the name of the lab that the company used.
Statements from the company detail a second reason for the family's decision to cut ties with the business. In addition to the alleged harassment and disparagement, the Andersons claimed problems with product suppliers.

"… we have recently learned that several of our suppliers, who professed to have our same mission of providing safe, organic and natural personal care products, have violated our contractual agreements, by including some of the ingredients, found on all store shelves that we have passionately educated and even lobbied against, in several of our 80+ products," read a statement.

"We created this line to share an important health message and are devastated to have discovered this. We shared the information with all of our independent representatives and affected customers."

Ms. Anderson said they learned about the problem about three weeks ago. She said two of the company's manufacturers had been using non-Ava Anderson-approved products.

"This was undisclosed and done without our knowledge," Ms. Anderson said.

She said the company pulled the products off its website once they discovered the problem. Ms. Anderson said her company has always worked hard to do the right thing — from selling non-harmful products to donating to area charities.

Go LocalProv has reported that Susan Sawhill Apito, who blogs at gogreenct.wordpress.com, filed an FDA complaint against Ava Anderson in 2011 over the company's hand sanitizer. It was not clear whether the FDA followed through on the complaint.

In 2015, the USDA issued a letter regarding a complaint filed against Ava Anderson Non Toxic for a labeling issue. An undisclosed party had reportedly filed the complaint because the Barrington-based company was labeling products as organic but did not have the property authorization to do so.

Stated the Dec. 11, 2015, USDA letter: "Our investigation confirmed your allegation. In response, the AA (Ava Anderson) modified its Essential Oil labels and other market information to comply with the law."

Ms. Anderson said she would write a response to the USDA complaint, but as of press time, she had not done so.

"My daughter and wife are not going to deal with this anymore," he said.

For the last year and a half, Ms. Brandt has worked as a sales consultant for Poofy Organics, a competitor to Ava Anderson Non Toxic.

However, Ms. Brandt was quick to point out that her questions and concerns about Ava Anderson's dish soap date back three years, long before she began working for Poofy.

Not content with the answers provided by the company, Ms. Brandt decided to have the dish soap analyzed. After receiving the results recently, Ms. Brandt wrote: "Reasons I'm beyond irate about all of this …" She listed seven reasons, including "Their motto is: It's all about the ingredients. And I agree, yes it is! This misrepresentation of their product is beyond comprehension to me."

During an interview Ms. Anderson said she did not want to comment on individual bloggers or their criticisms, but added that the family's decision to step away from the company went far beyond online attacks.

"It was much, much more than online issues," she said.
"From day one we've been harassed. All we've done is try to make the world a better place. We're incredibly proud of what we've done.

On Wednesday, Jan. 27, Ms. Anderson said the company has re-activated the shopping feature on its website.

During the phone interview on Jan. 27, Ms. Brandt said she recently started a $1,300 crowd-funding page to pay for a second set of lab tests on Ava Anderson Non Toxic products. She said the money will pay for tests on the company's diaper cream, kids' lotion, eye cream and dish soap.

"I've always said I want to be wrong about this," Ms. Brandt said, adding that the test results will be available soon.

Ms. Brandt said "off label ingredients" can be very dangerous. She said people with allergies or sensitivities to certain chemicals can be harmed by products that don't fully or accurately disclose their ingredients.

Company details
The shift in management at Ava Anderson Non Toxic — the company's name will also be changed — could impact the business's preliminary plan to relocate its production facility to a Bristol property.

Ms. Anderson said the company continues to make 75 percent of its products at its facility in Warren's Tourister Mill. She added that the decision on whether to move to the George Patton Associates building at 55 Broadcommon Road in Bristol will be made by the new management company.

Ms. Anderson also said that her family is not selling the business.
"We have never taken a penny out of the business," she said, adding that the company reinvested its revenue into machinery and other infrastructure.

Ms. Anderson said she and her children have collected salaries from the business for the last two years. She also said she gave her bonus to company employees this year.

Anderson family's statement
On the company's website, the family issued a personal statement on Jan. 25 regarding the situation:

"We are a family who has supported our daughter, in a sincere and unselfish mission to educate everyone about this important issue, and know that we have made a difference, with the support of our Consultants and all of you. Our amazing and dedicated team has worked tirelessly for all of you. We have done everything in this business from sourcing and manufacturing products, to the way we pay and treat each and every team member in our home office and each Ava Anderson Consultant with the highest of integrity always!

"We hope you will be able to understand that our daughter has been under attack, online and in person, and has been tethered to social media for years, attempting to protect the brand and the company she cares so much for, as well as for each of you. She (and our family and team) have always felt a tremendous responsibility to all of you and we have done our very best to fulfill that.

"We simply cannot see any possible happiness or peace for her future or our family being treated this way. We have tolerated it for years to build this company, but have lost the ability to battle and continue to sustain the barrage daily. We know your hearts and believe you would take this same action if your child or family were being treated this way and could no longer function.
"We are so sorry for this, the most difficult decision of our lives, but we can see no other way to continue.

"With gratitude, The Anderson Family”