Some parents still looking for answers on busing issue

Questions persist over the school district’s rules governing student transportation, students’ use of lockers, and alleged communications problems between parents and school …

Some parents still looking for answers on busing issue 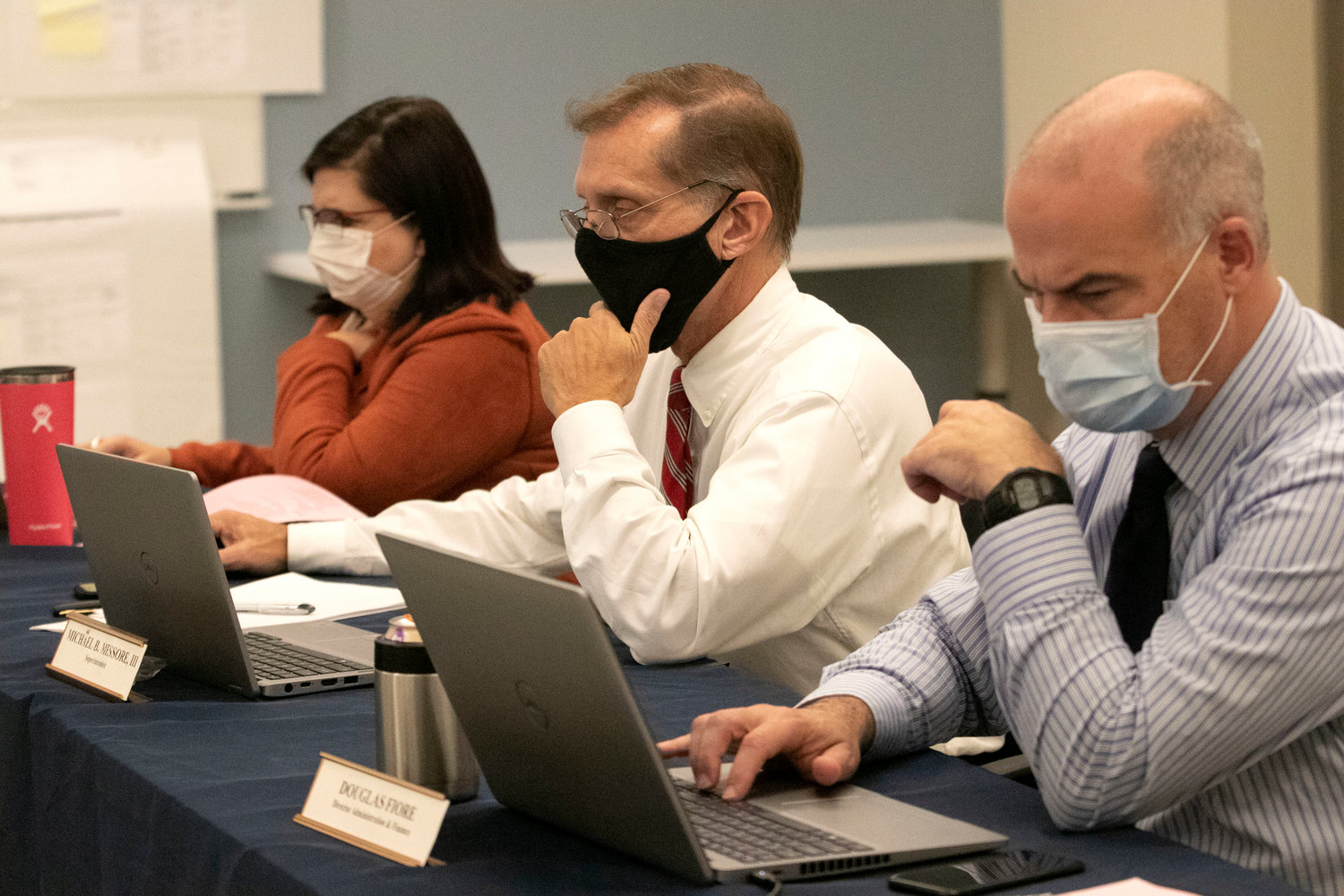 Questions persist over the school district’s rules governing student transportation, students’ use of lockers, and alleged communications problems between parents and school officials.

Many of the issues surfaced during the first public comment period at the Nov. 4 Barrington School Committee meeting. Some parents spoke out about the district’s shift in its approach to busing. At the start of the school year, district officials began enforcing a two-mile minimum distance for student ridership at the middle school and high school. The rule had been on the books for years, but this fall marked a shift in the school department’s enforcement of the policy.

Parents pleaded with school officials, and recently the district dropped the minimum distance to 1.5 miles, although some families are still calling for more bus stops to be added, as they are concerned about the routes their children must walk or ride to and from school.

Fatima Carvalho — speaking via Zoom during the school committee meeting — told officials she had just learned that her request to get her son on a school bus had been denied. She said she could not understand why he was no eligible.

“There is a bus that comes to the end of my road,” Ms. Carvalho said.

She also asked what the appropriate appeal process is — Ms. Carvalho said she had already spoken with the school committee and the superintendent of schools, Michael Messore.

“I even contacted RIDE,” she said, referring to the Rhode Island Department of Education.

Ms. Carvalho said the route her child must walk to and from school each day is lacking sidewalks and has dangerous crosswalks. She said a child almost rode his bike into the side of her car one time near one of the crosswalks.

A school official said Ms. Carvalho could appeal the district’s denial to the school committee, which would take up the issue at its next business meeting.

Liz Clare questioned the timing of that response. The Barrington resident and mother of three school children said the school committee’s next business meeting was not until Dec. 9. She said that was a lengthy delay, during which the child must continue to walk or ride his bike to and from school each day.

Ms. Clare also asked about the school lockers. Students at Barrington High School and Barrington Middle School have not been allowed to use lockers this year, as school officials continue to take steps to limit large groups of students congregating.

Ms. Clare said students who walk or ride their bikes to school need to wear coats and other clothes as the weather turns colder. She said students cannot be expected to carry all those clothes with them throughout the school day, in addition to their heavy backpacks.

Mr. Messore said teachers have been working hard to accommodate students, sometimes allowing them to keep extra items inside classrooms. He also said middle school officials were taking a closer look at allowing students to intermittently access lockers. (This conversation took place weeks prior to district officials ordering an entire sixth-grade cluster of students to do distance learning after there was a spike in Covid-19 positive cases.)

Mr. Messore also said he would speak with high school administrators about student use of lockers.

Ms. Clare questioned school officials about the safety assessments that are done when parents claim their children’s walking routes or bus stops are dangerous. She asked who performed the assessments, adding that she does not want to have her child walking along Federal Road to and from school each day.

Mr. Messore said he could provide that information to parents.

Communication was discussed a few times during the school committee meeting.

Scott Pickering, the general manager of the Barrington Times’ parent company East Bay Media Group, said communication from the school district is dense — he referred to it as “legal claustrophobia” and said it appears that many emails from the school department read as though they are written by attorneys. Mr. Pickering, who has five children in Barrington schools, said the district’s approach to people is impersonal and rigid. He also said that the school committee’s approach to the public comment period of meetings — where members listen but do not engage with speakers — was based on a false premise of how the meetings should work. Another person said there was no section of the open meetings law that bars committee members from sharing dialogue with people as they speak during the public comment period. (Later in the meeting, Barrington School Committee Chairwoman Gina Bae said the law states that public comment is a time for the public to speak, not a time to engage.)

Later during the meeting, school board members had a discussion that focused on communication. Ms. Bae said the East Greenwich School Committee had recently developed a policy about communication, and she asked if that was something her fellow committee members wanted to do.

Committee member Dr. Megan Douglas spoke about offering more information online, which could provide people with the answers they are seeking and eliminate the need for an email to district administrators or committee members. She said communication is important, but so too is the work of the district. Dr. Douglas said there is a capacity issue facing school officials when it comes to emails and other communications — hundreds of emails could be a distraction for an administrator, she said.

Mr. McCrann also spoke about striking a balance between respecting the work of the school committee while also recognizing an issue facing someone from the public.

Officials also discussed the creation of a communication task force.