This weekend brings a highly diverse lineup to a concert series known for its diverse array of musicians. Over the next three nights, the Bristol Fourth of July Concert Series will host a rock cover … 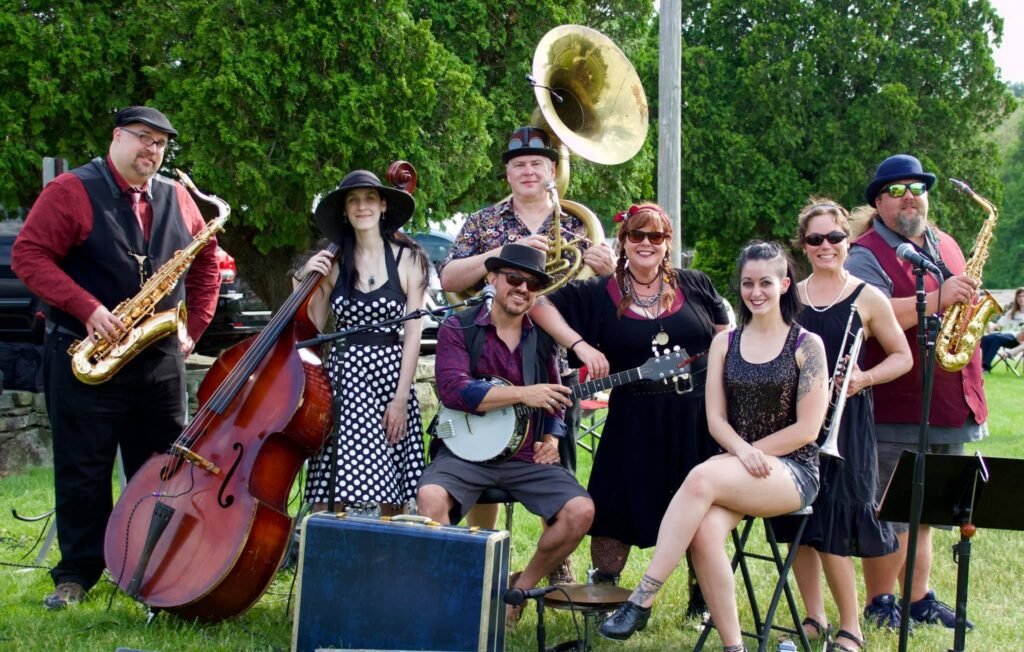 This weekend brings a highly diverse lineup to a concert series known for its diverse array of musicians. Over the next three nights, the Bristol Fourth of July Concert Series will host a rock cover band, a New Orleans-flavored party band, a Top-40 cover band, an Irish band, a beloved Portguguese singer and a highly popular Jimmy Buffett cover band.

Following is the lineup for the next three nights at the venue beside Independence Park in Bristol.

Rusty is a high-energy classic rock cover band based out of South Kingstown, R.I. Its members hail from South Kingstown, North Kingstown, Tiverton and Bristol. Rusty was born twelve years ago around a fire pit at a house party when two middle-aged guys started sharing tales of their high school rock and roll greatness. What Rusty initially lacked in talent was made up for in their bond with each other, as the band was made up of close college friends and a couple of brothers. Their love for rock and roll, each other, and beer became the staple of the Rusty rock and roll sound. Over the years the band has gained a strong local following and played at numerous venues throughout Rhode Island, including One Pelham East in Newport, Whiskey Republic in Providence and The Common Pub in Bristol.

The Catnip Junkies are a New Orleans-flavored party band that brings the streets of New Orleans to the streets of New England. This group of artists, dancers and friends are on a mission to bring joy to the people with their fantastic blend of music and dance. You’ll hear familiar songs played with a NOLA twist as well America’s most famous jazz standards. Colorful, full of energy, happy, tappy and interactive, this band knows how to bring the party.

The Jesse Liam Band is led by Jesse Liam Gauthier, a Rhode Island College graduate, and his father Jack, a Grammy-nominated recording engineer and former producer of Dispatch, who also manages blues legend Duke Robillard. With their signature family-harmony sound on display, Jesse and Jack perform as a duo or with a full band, alongside drummer Michael DeQuattro and bassist Steve Johnson. Their deep catalog of cover songs spans popular music from the Everly Brothers and Beatles to the current charts, including Jason Mraz, Train and Bruno Mars.

Playing hits from every generation, 7 Day Weekend is truly unique in their brand of fun, diversity and variety. Current Top 40 hits from Beyonce, Taylor Swift, Bruno Mars, Justin Bieber, and the Chainsmokers are just some of the artists showcased on the always evolving set list. If it’s rock anthems you like, 7 Day Weekend will play favorites by Def Leppard, Journey, Bon Jovi, up through Third Eye Blind, Sublime, Blink 182 and Fallout Boy. And when you’re ready for some guilty pleasures, 7 Day Weekend has you covered on all bases. Whether it’s a medley of country classics, a mix of 90’s hip hop, or some classic Michael Jackson, Isley Brothers, Grease, or even a surprise or two, you are guaranteed to be on your feet.

Turas, meaning “journey” in Gaelic, will be taking a journey across the musical seas with this Rhode Island band of musicians. Turas is a Rhode Island band that features both traditional Irish and Celtic music, as well as modern compositions. Turas is made up of four singers and many instruments, including Bob Drouin, cofounder of the legendary Celtic band, Pendragon, on fiddle, flute and guitar, Josh Kane on flute and whistle, Rob McConeghy on piano and guitar and Dean Robinson on bodhran, bones, djembe and whistle.  Together they will bring the sounds of Ireland to Bristol.

Luis Neves gathers his musical influences in Portugal, U.S.A., and Latin music, bringing them together to present an exciting musical direction, full of life. Known for his diversity and songwriting and singing in various languages, Luis Neves started singing in Portuguese and English, but his singing took a decidedly different direction to rock. Starting his career early, Luis  released his first EP in 1979. Since then, he's gone on to release 12 more albums, including hard-hitting songs that touch personal narratives speaking to life and love in this day and age. Luis Neves keeps attacking massive crowds, and always giving his best to keep the audience on their feet.

Changes In Latitudes is the country’s premier tribute show to the Mayor of Margaritaville, Jimmy Buffett.  This nationally acclaimed band travels the country with beach balls flying, dancing conga lines, and “Trop Rock” for all. It’s the ultimate beach party that’s good clean fun for all ages. Throughout its 10-year history, the band has traveled from Maine to Barbados, and Cape Cod to Chicago. From the Walt Disney Theaters aboard the Disney Cruise ships to the National Hamburger Festival in Ohio, Changes In Latitudes has thrilled audiences with an amazingly authentic reproduction of the Jimmy Buffett concert experience.  Don your Parrothead gear and come to Bristol’s  “Island of Margaritaville.”