Since the Spring at least 10 cats in the Laurel Park neighborhood have been killed by coyotes, and one Laurel Park woman … 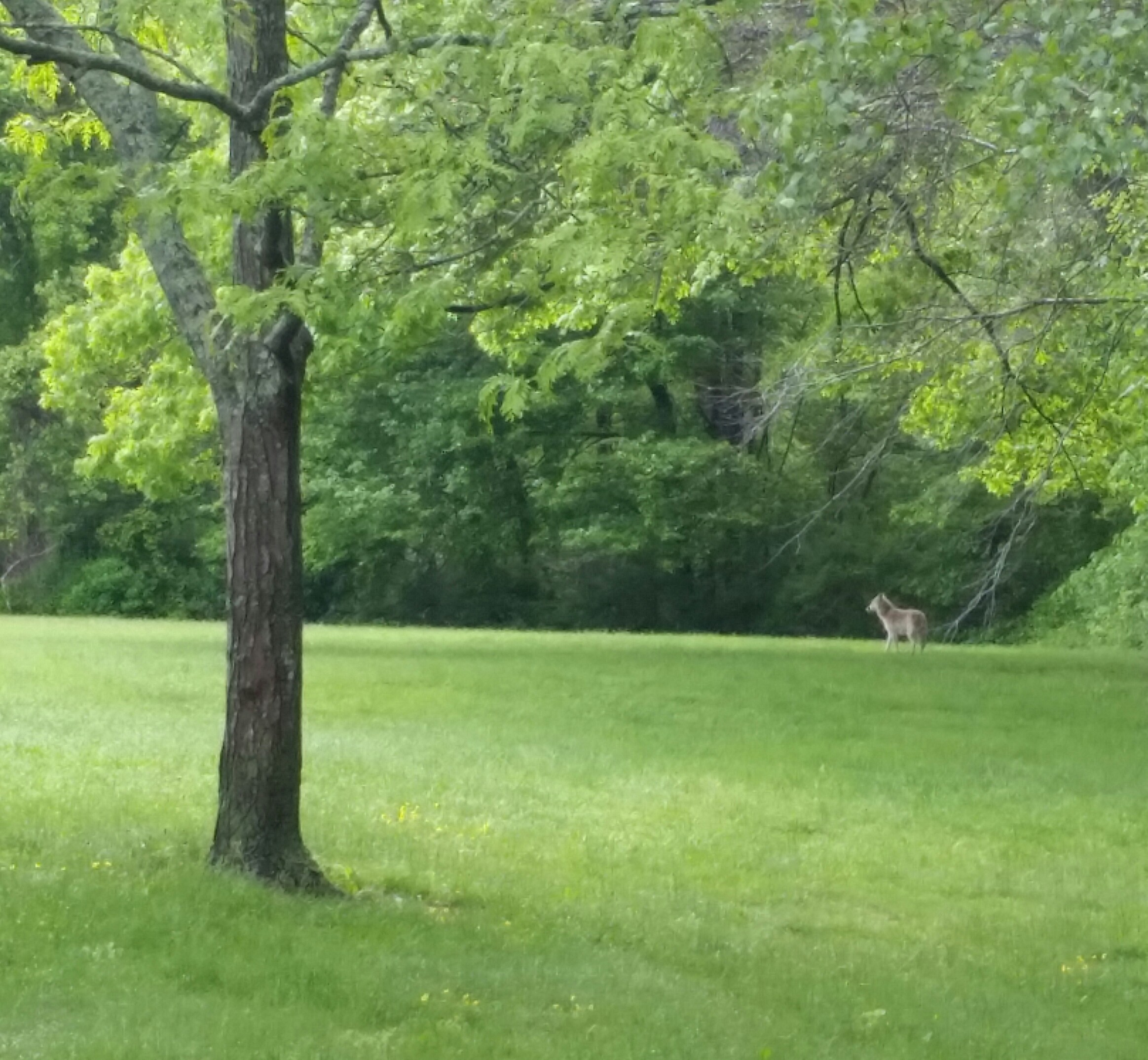 This coyote was spotted in May near Warren's Hugh Cole School.
Jeff Danielian
Posted Wednesday, November 29, 2017 8:41 am
By Ted Hayes

Since the Spring at least 10 cats in the Laurel Park neighborhood have been killed by coyotes, and one Laurel Park woman wants the town and state to step in and take action to get rid of them.

The coyotes “have over-populated our little neighborhood,” Bay Road resident Elizabeth “Beth” Forshee told the Warren Town Council last week. “You can’t let your cat out to do all the things they love without the fear of never seeing them again.”

Ms. Forshee, who takes daily walks around her neighborhood, said she has seen coyotes countless times over the spring, summer and fall months. Though there are known to be several colonies in other areas of town, she said those in her neighborhood are getting aggressive and she believes town police and DEM wildlife officials have not done enough to stop them.

“We respond when called,” he said. Though police are authorized to dispatch an animal that is deemed a threat, he said that officers who have responded to Laurel Park over the past several months have never found themselves or neighborhood residents in danger.

“Usually they see us and go into the woods, which is the way it should be,” he said.

On Monday, Lt. Borges said one of the best ways for locals to prevent the spread of coyotes in their neighborhood is to stop feeding them, either directly or indirectly. That tip is shared by the DEM, which warns that residents who leave food out for family pets are encouraging coyotes to linger. Ms. Forshee said she doesn’t believe people are feeding the animals, and told the council that in any case, the fact that they are here is reason enough for action:

“What am I supposed to do? Why do we have to conform our lives to accommodate these predators?”

Ms. Forshee asked town council members to look into the situation on Laurel Park and other areas of town, and Warren Town Manager Jan Reitsma said he would get back to her.