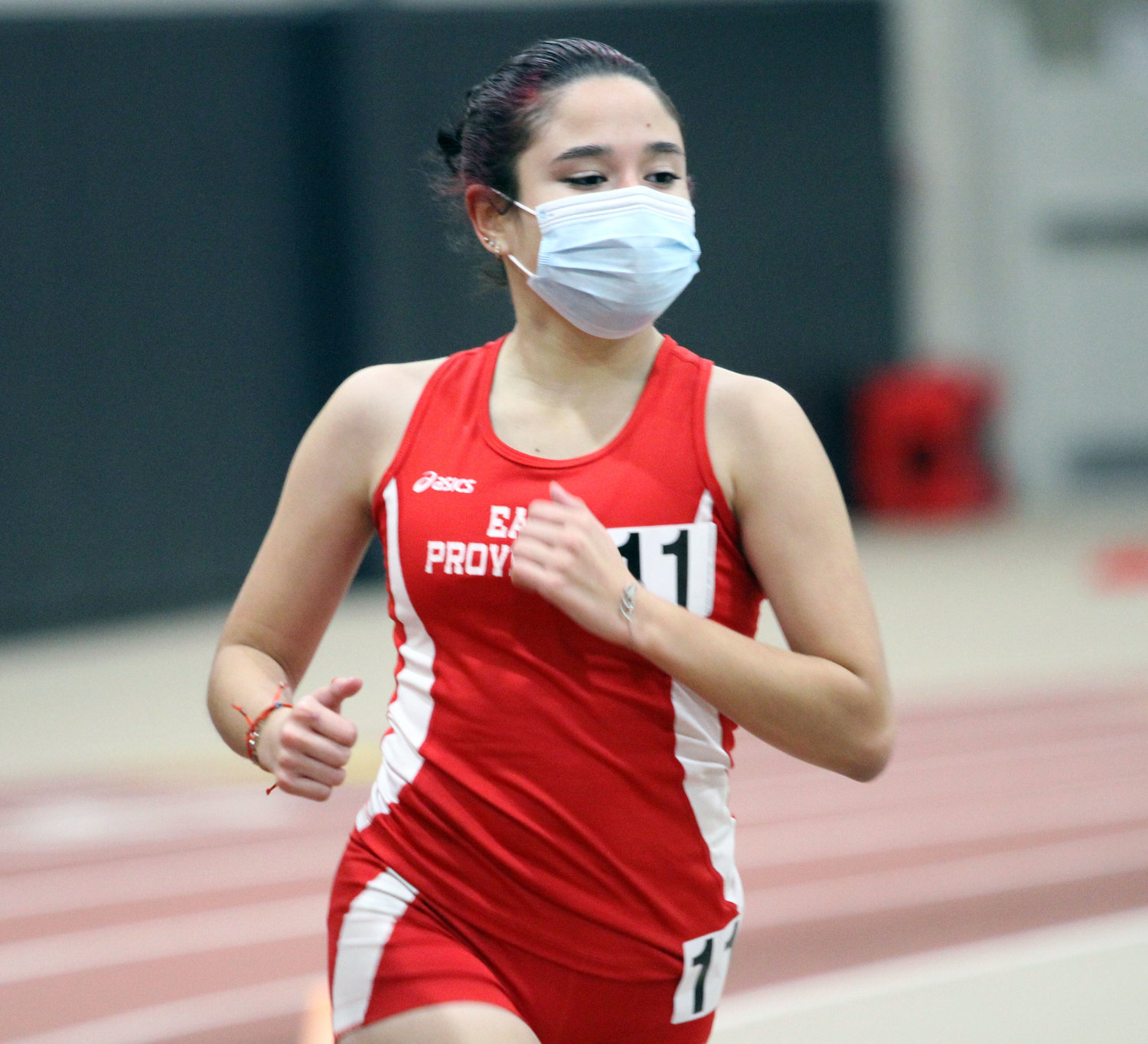 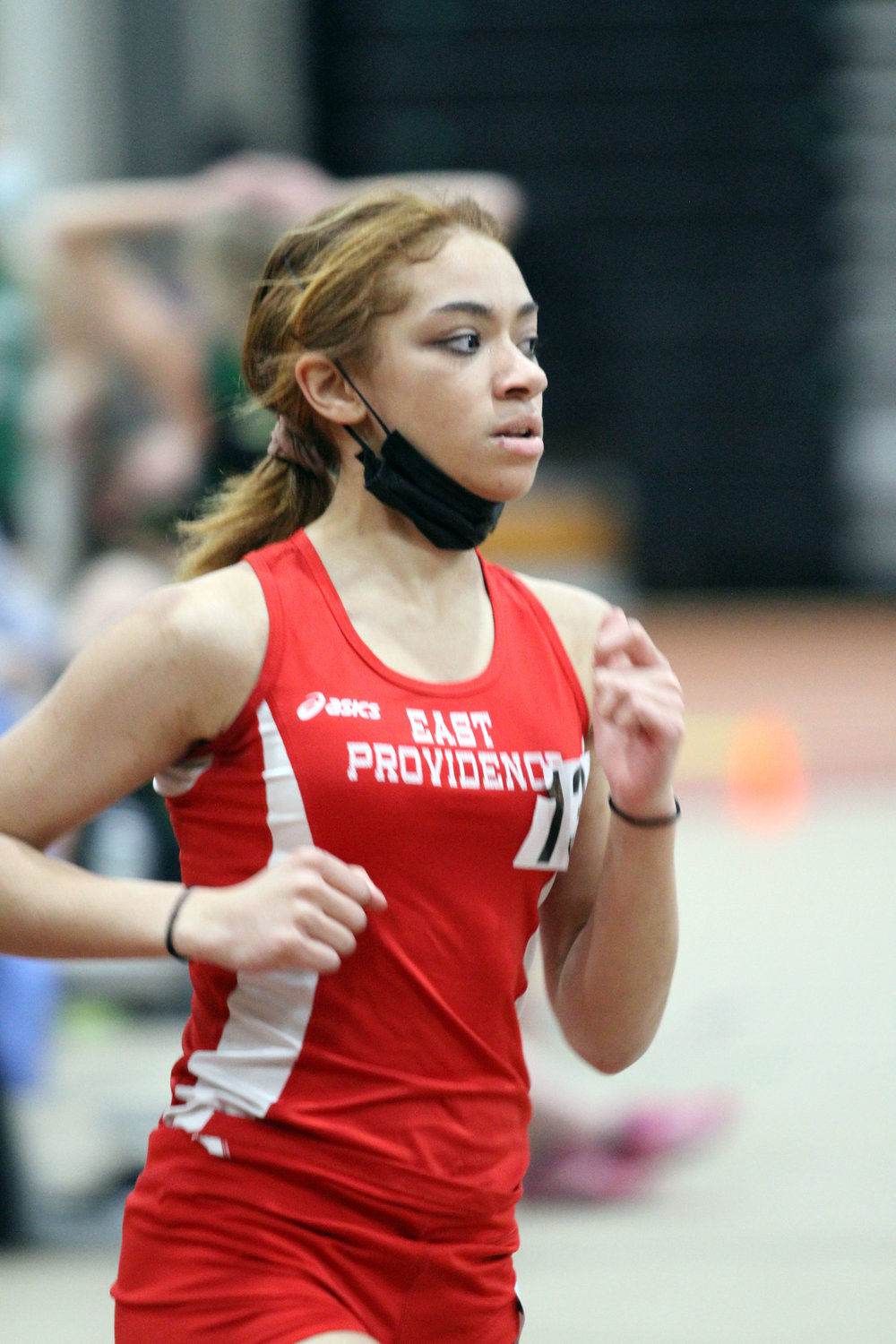 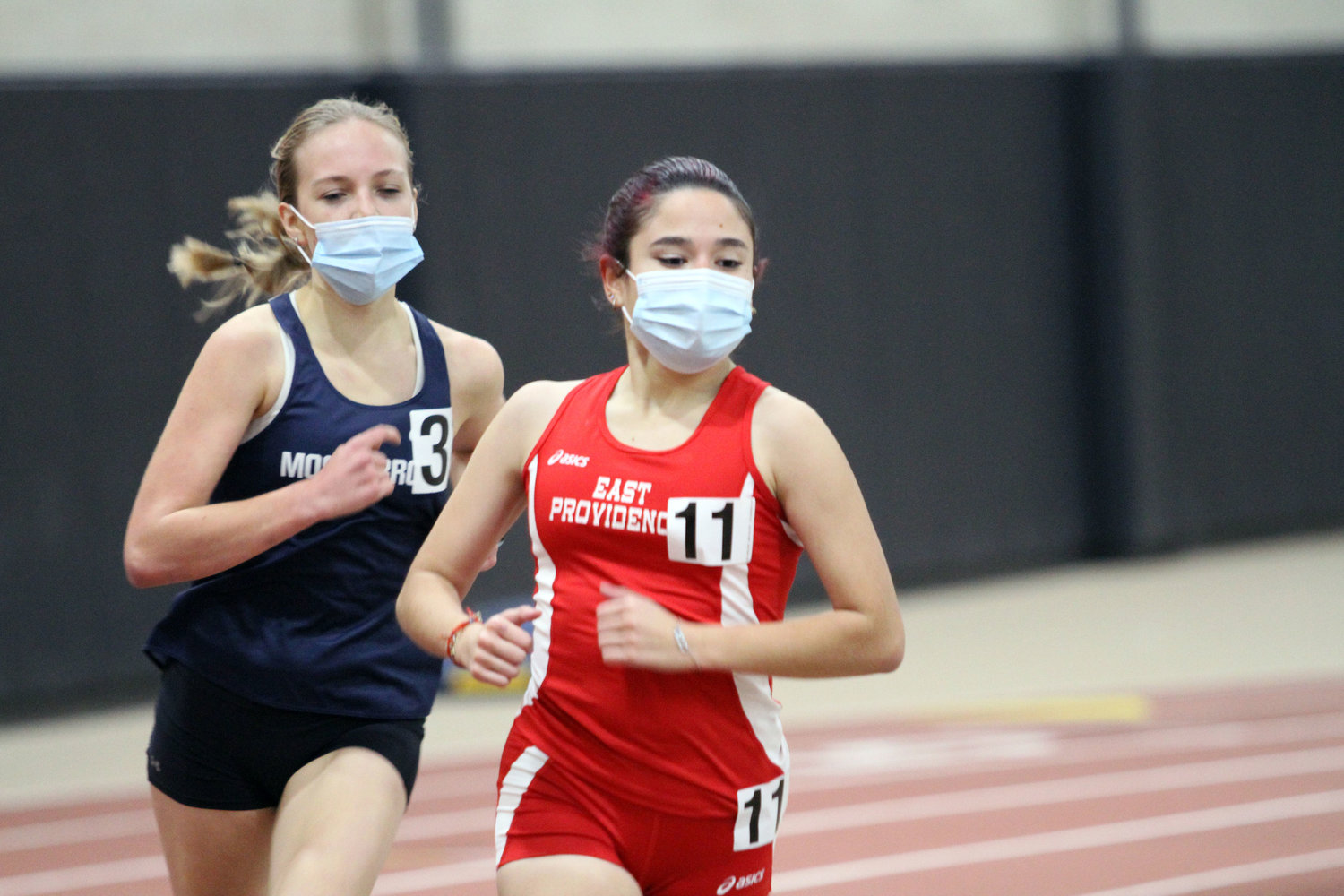 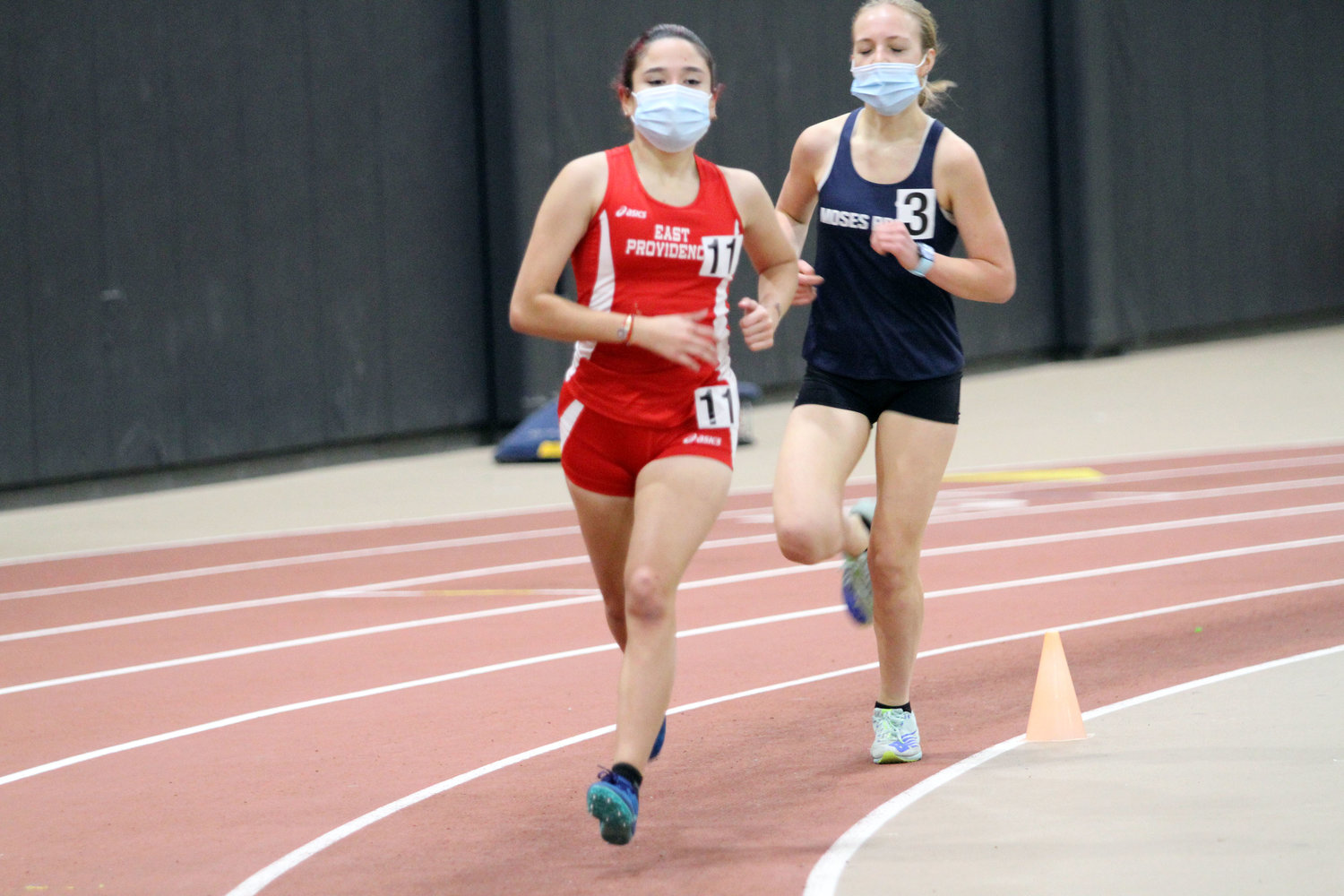 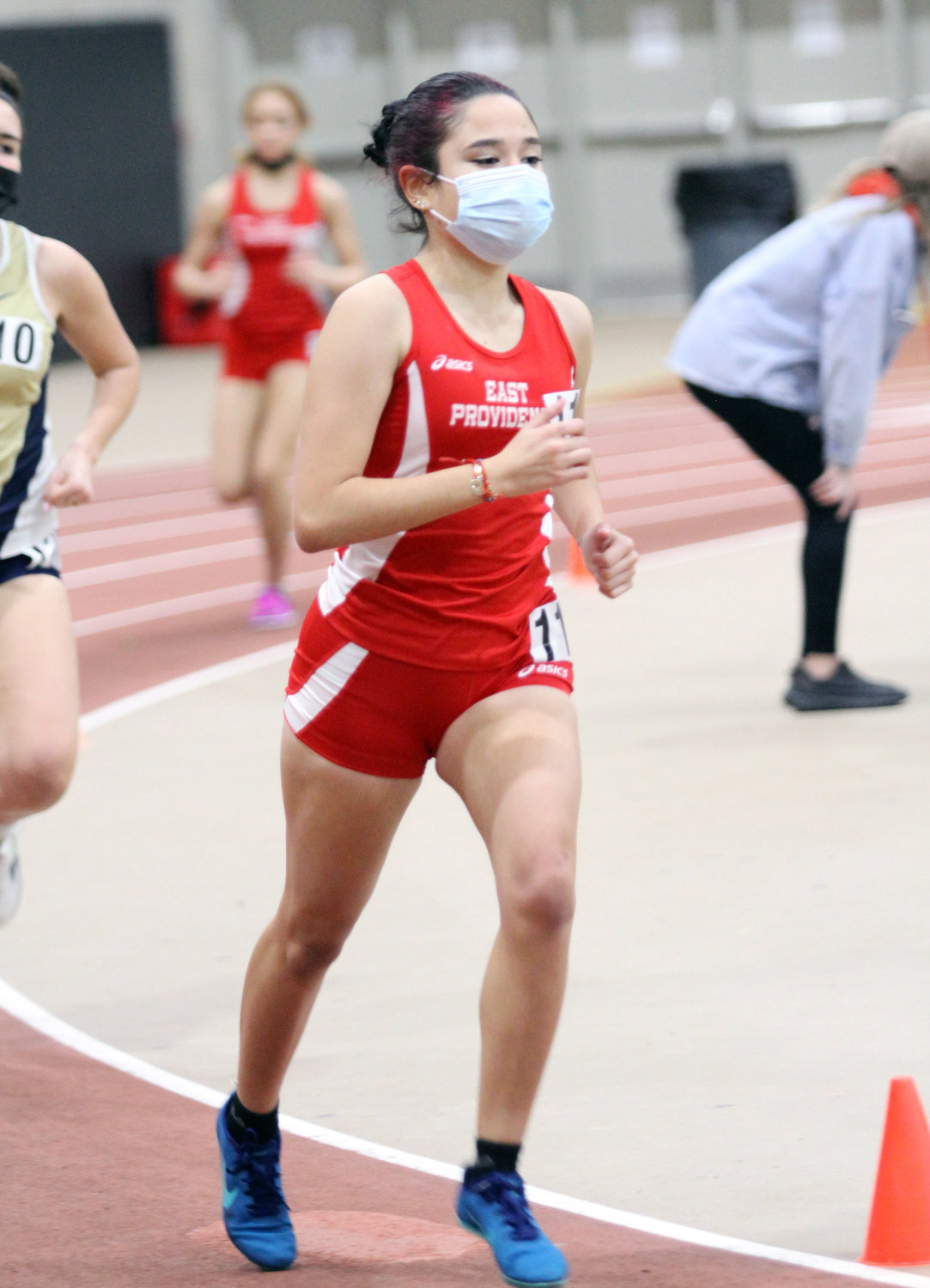 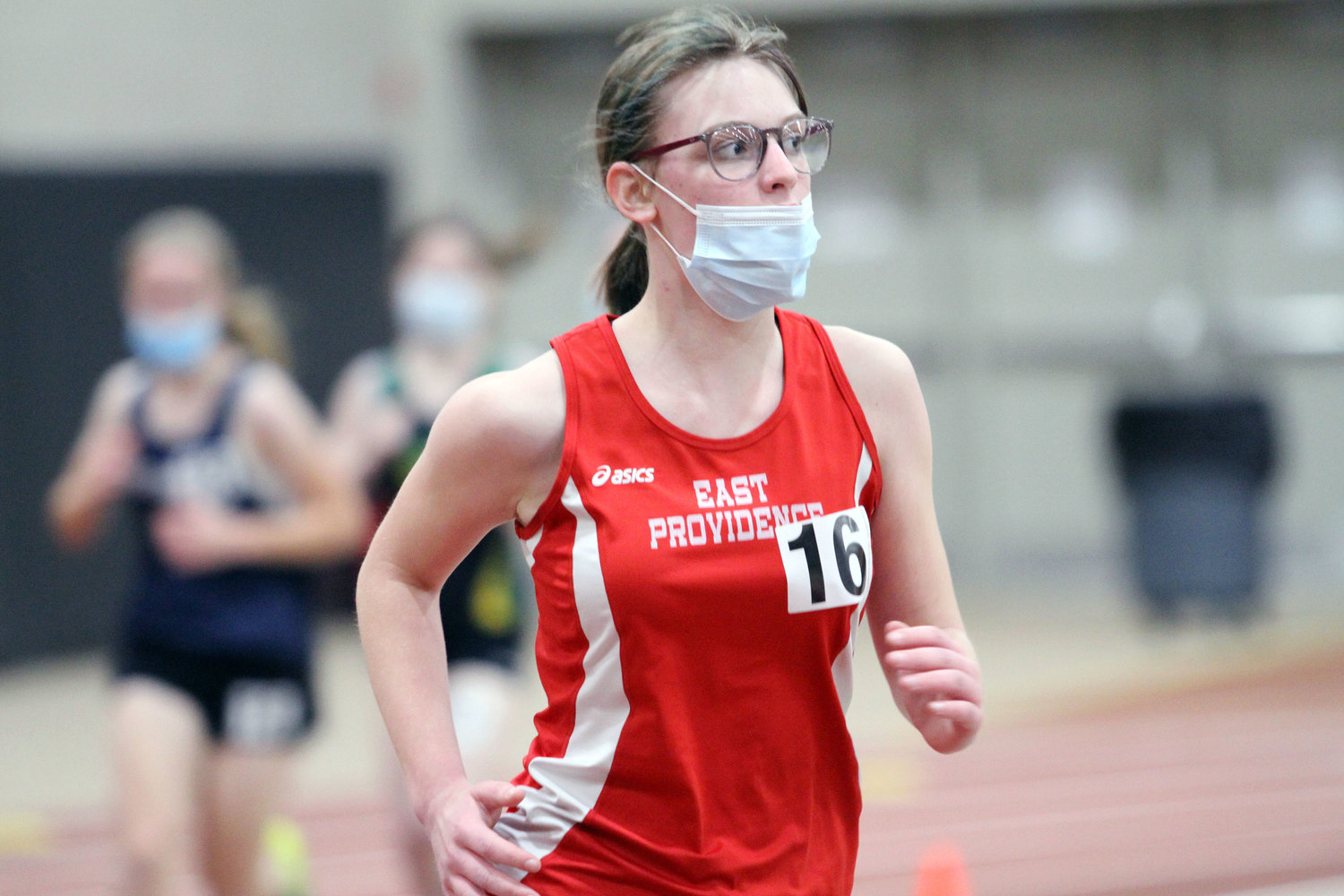 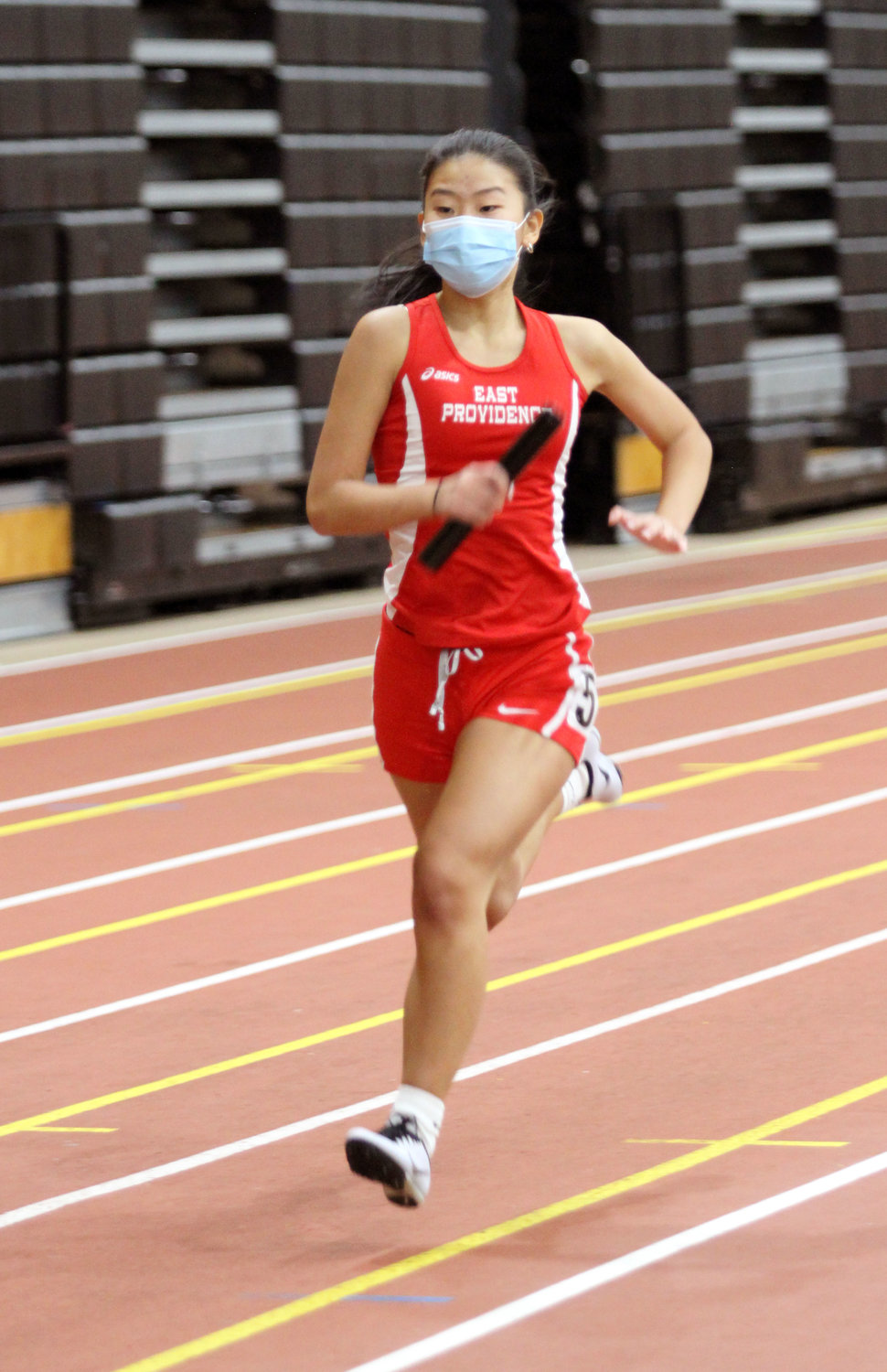 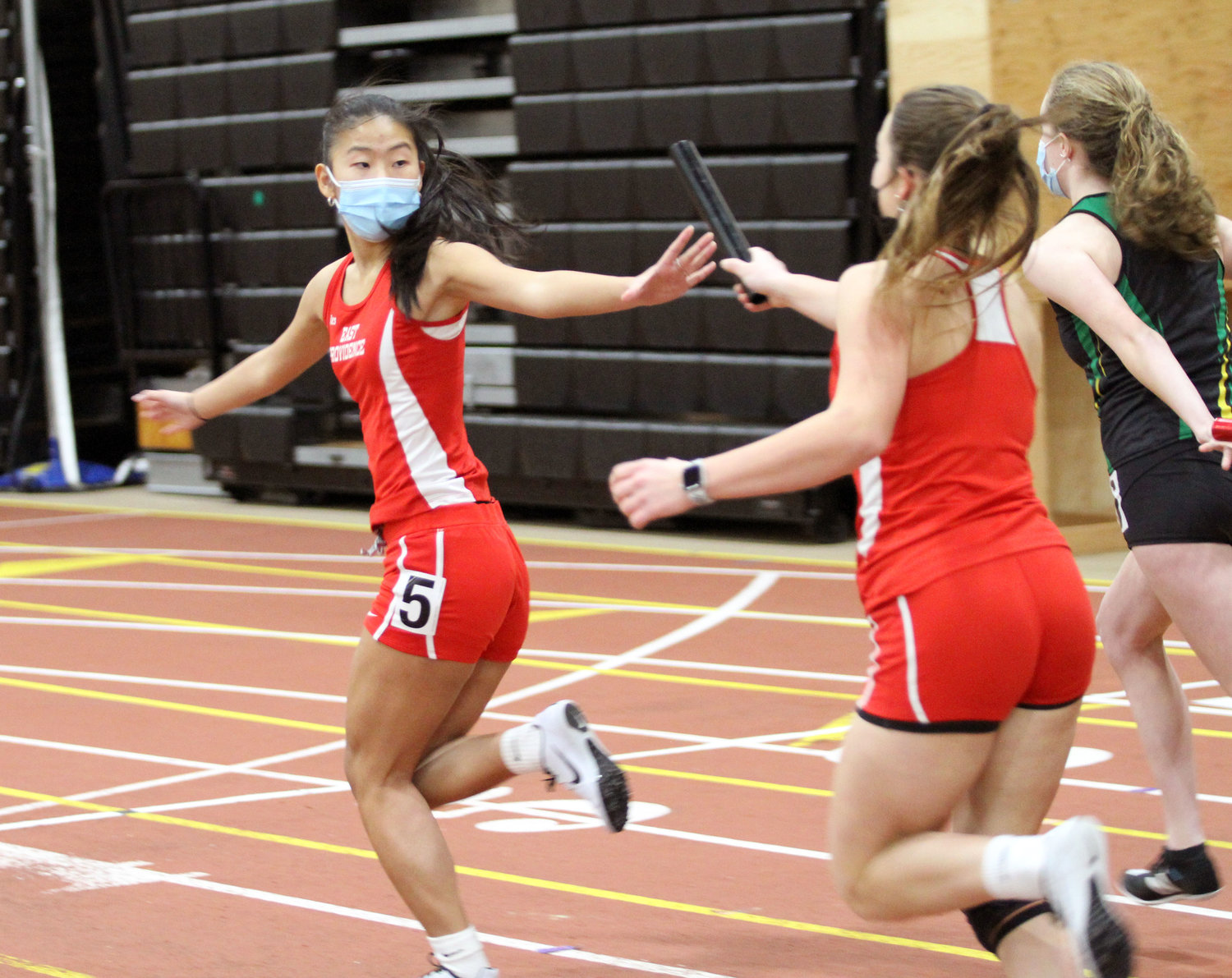 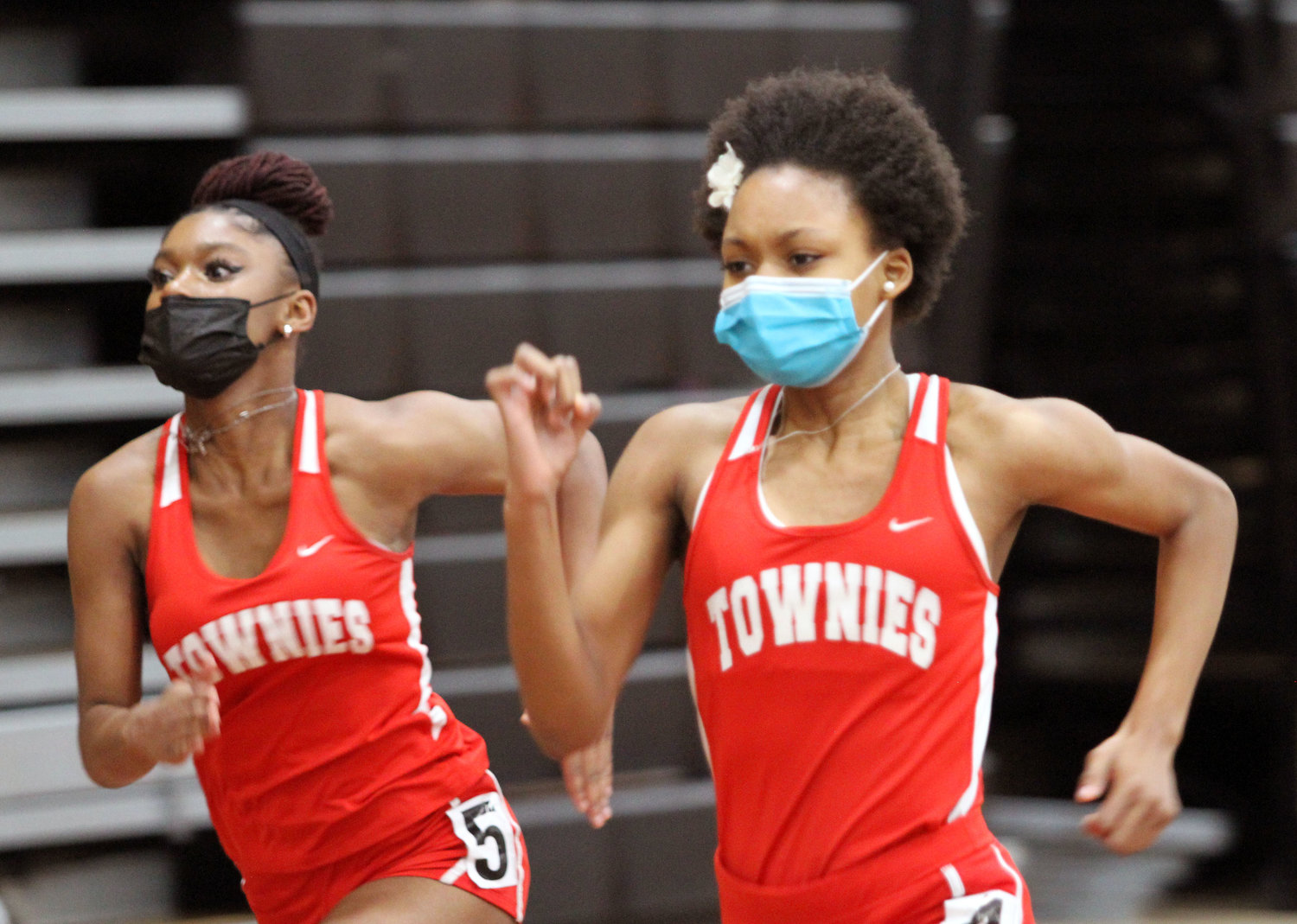 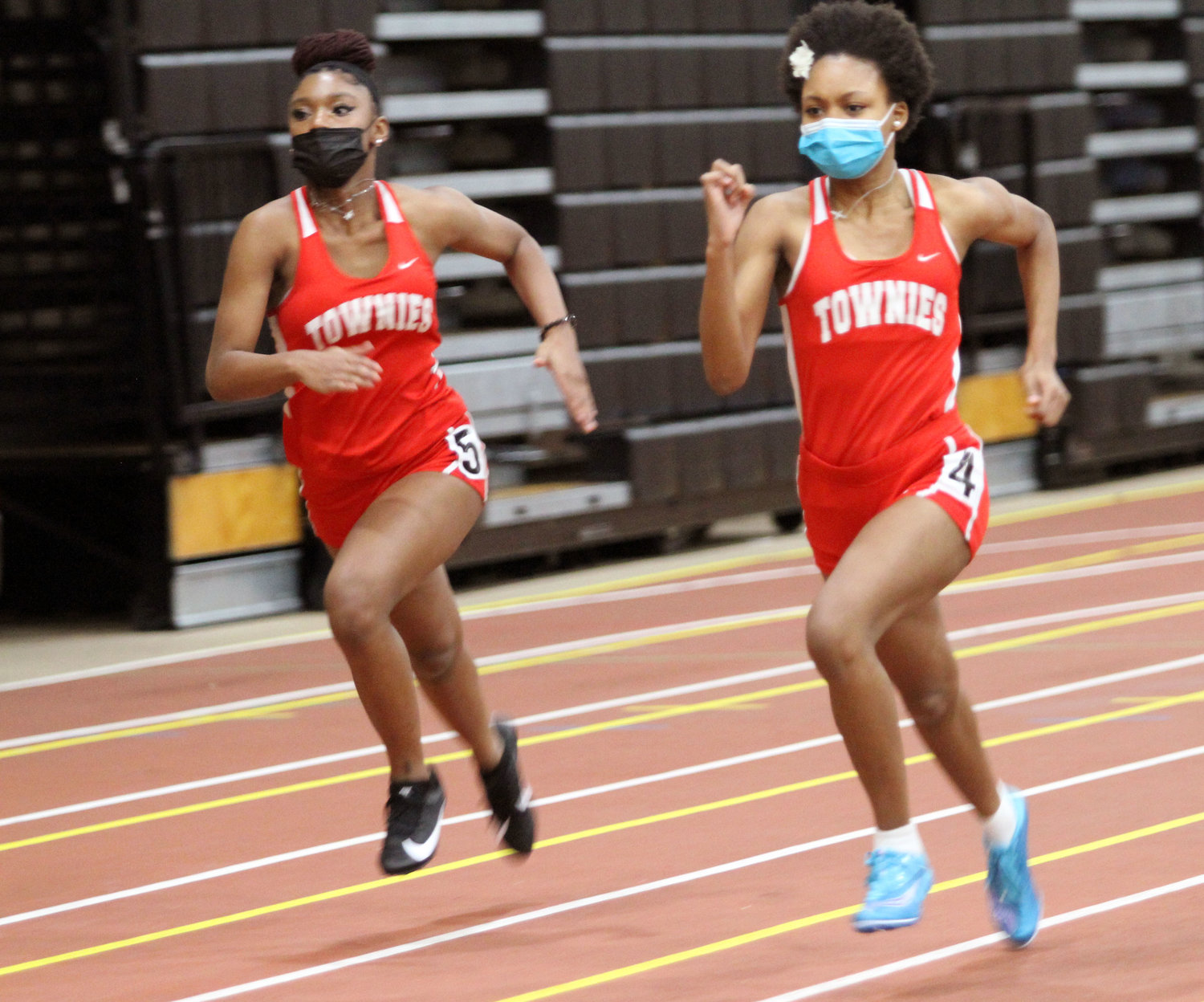 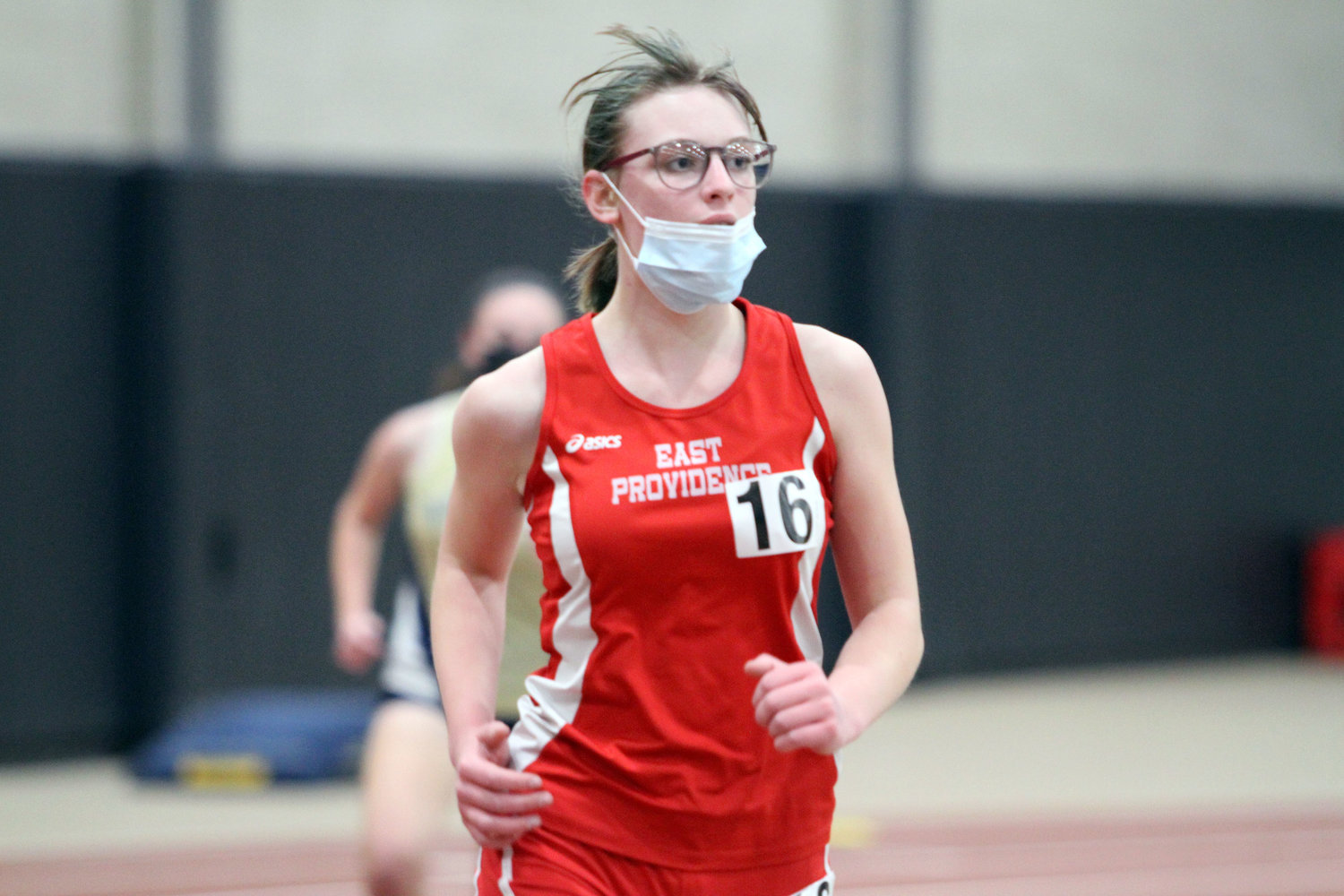 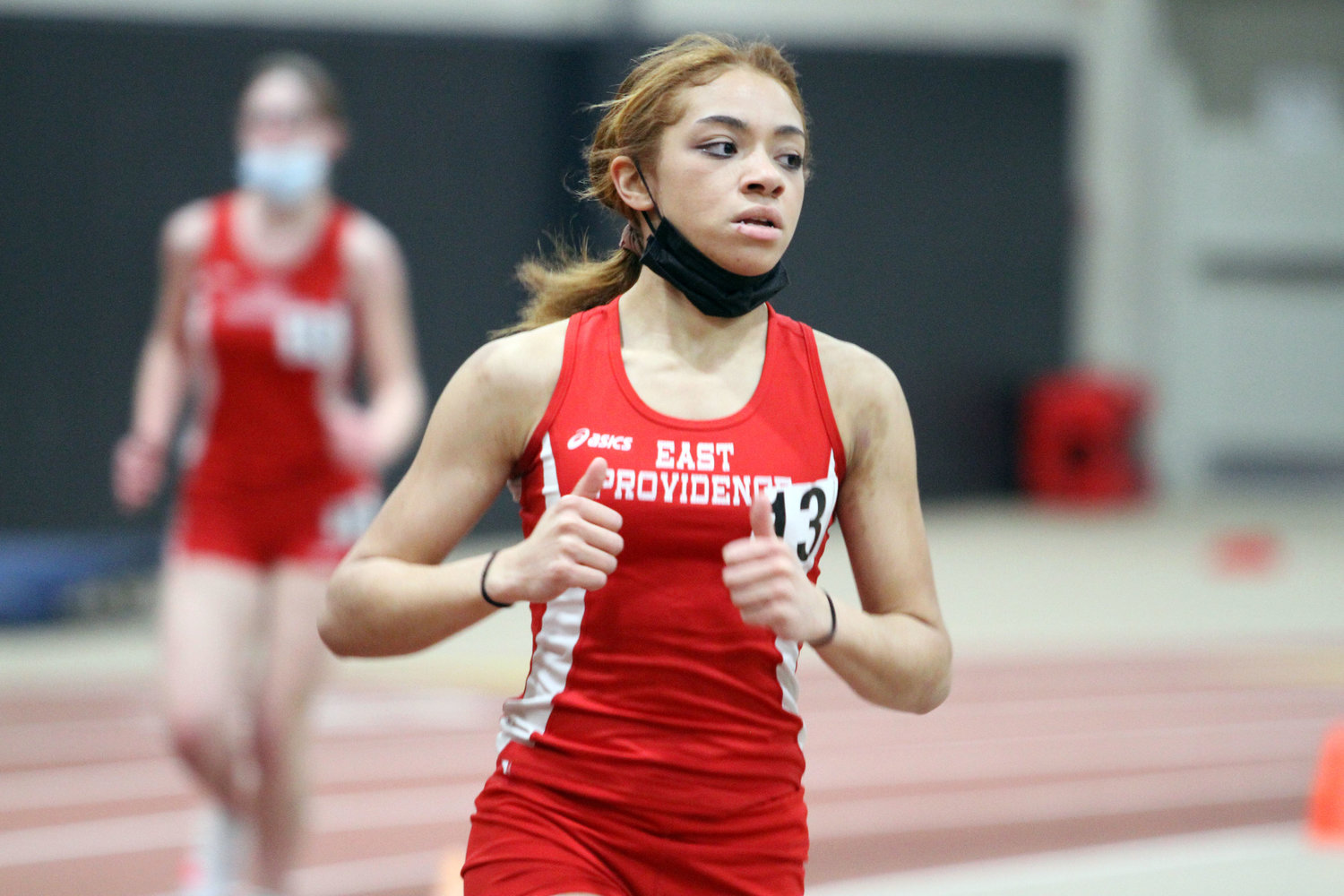 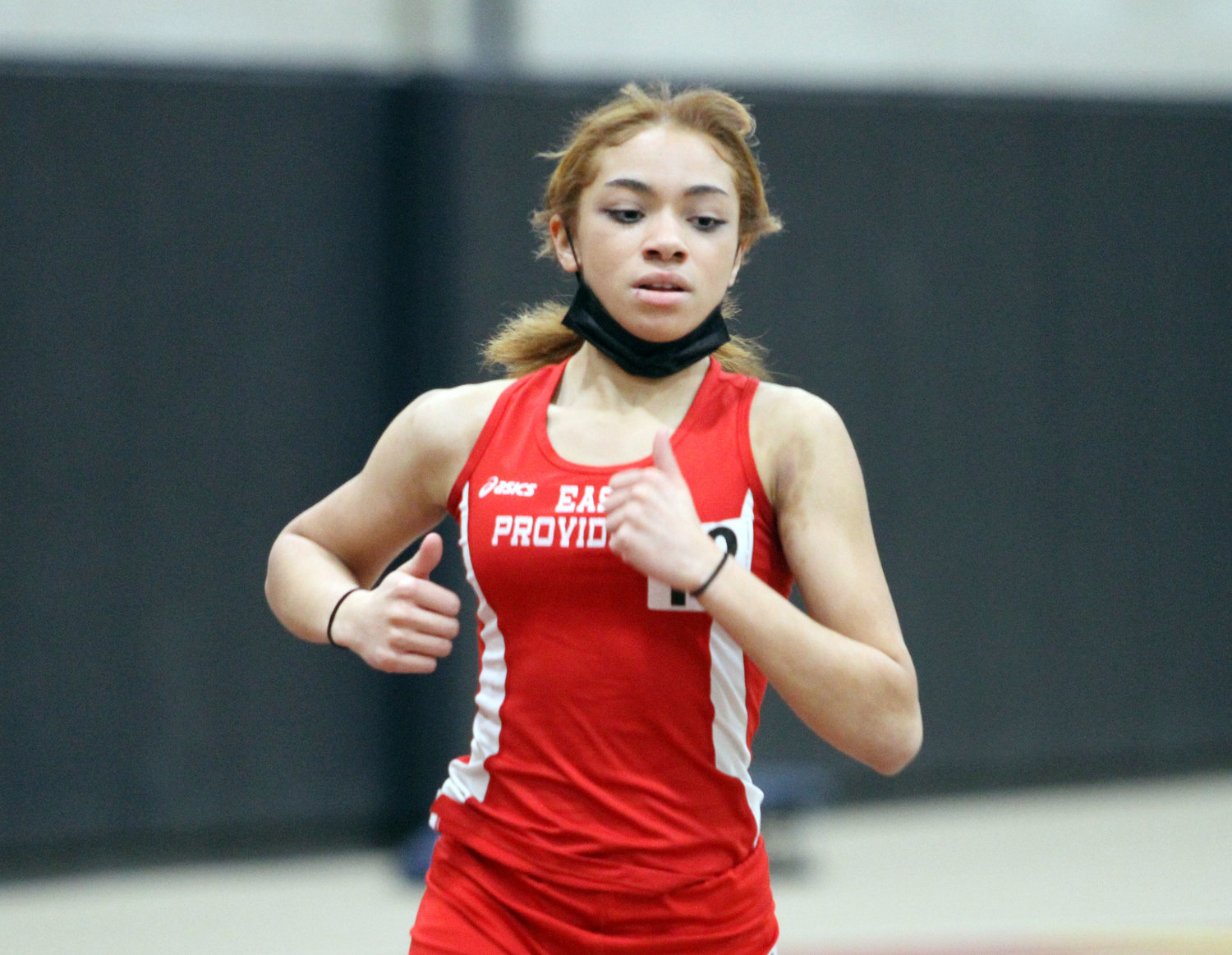 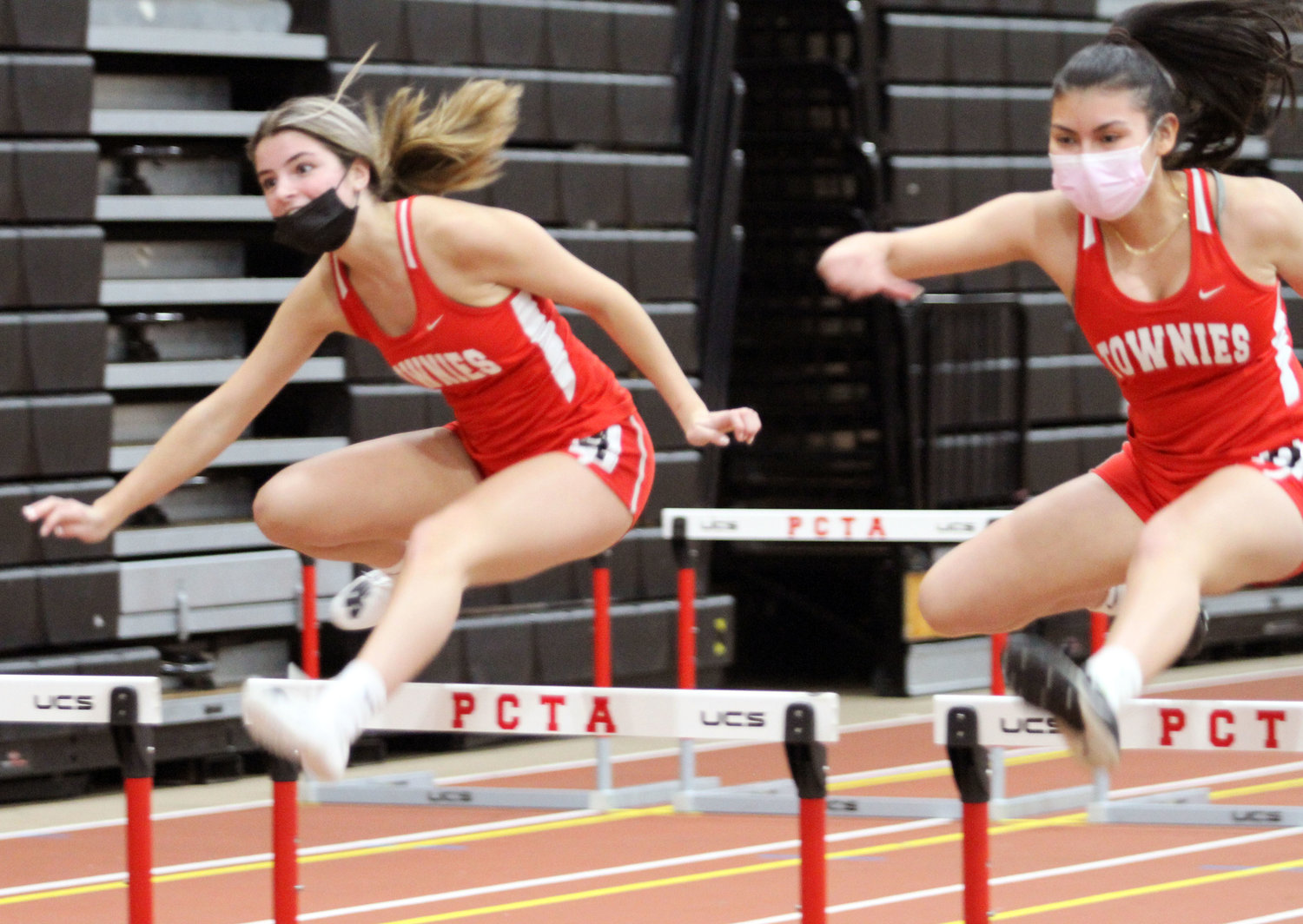 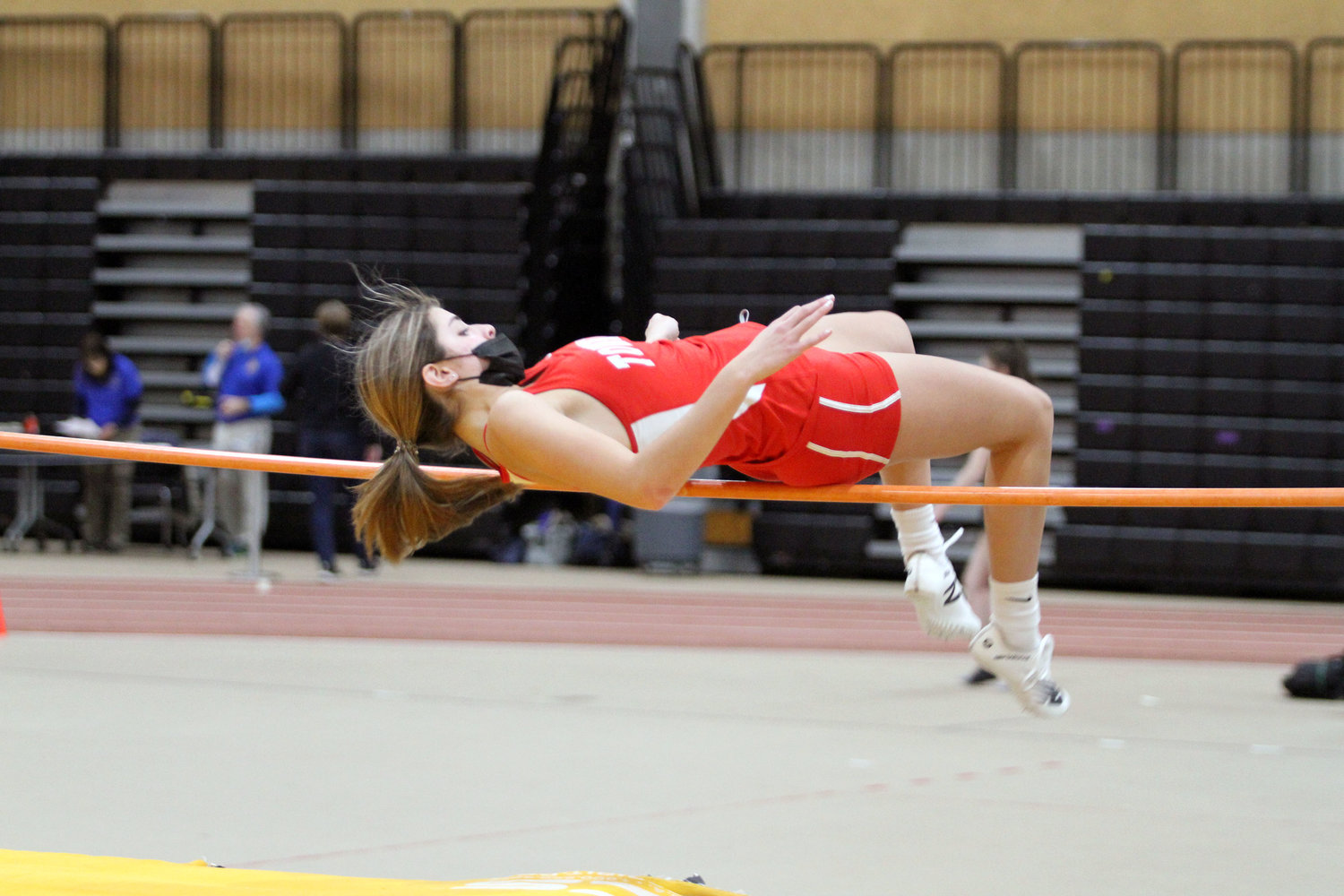 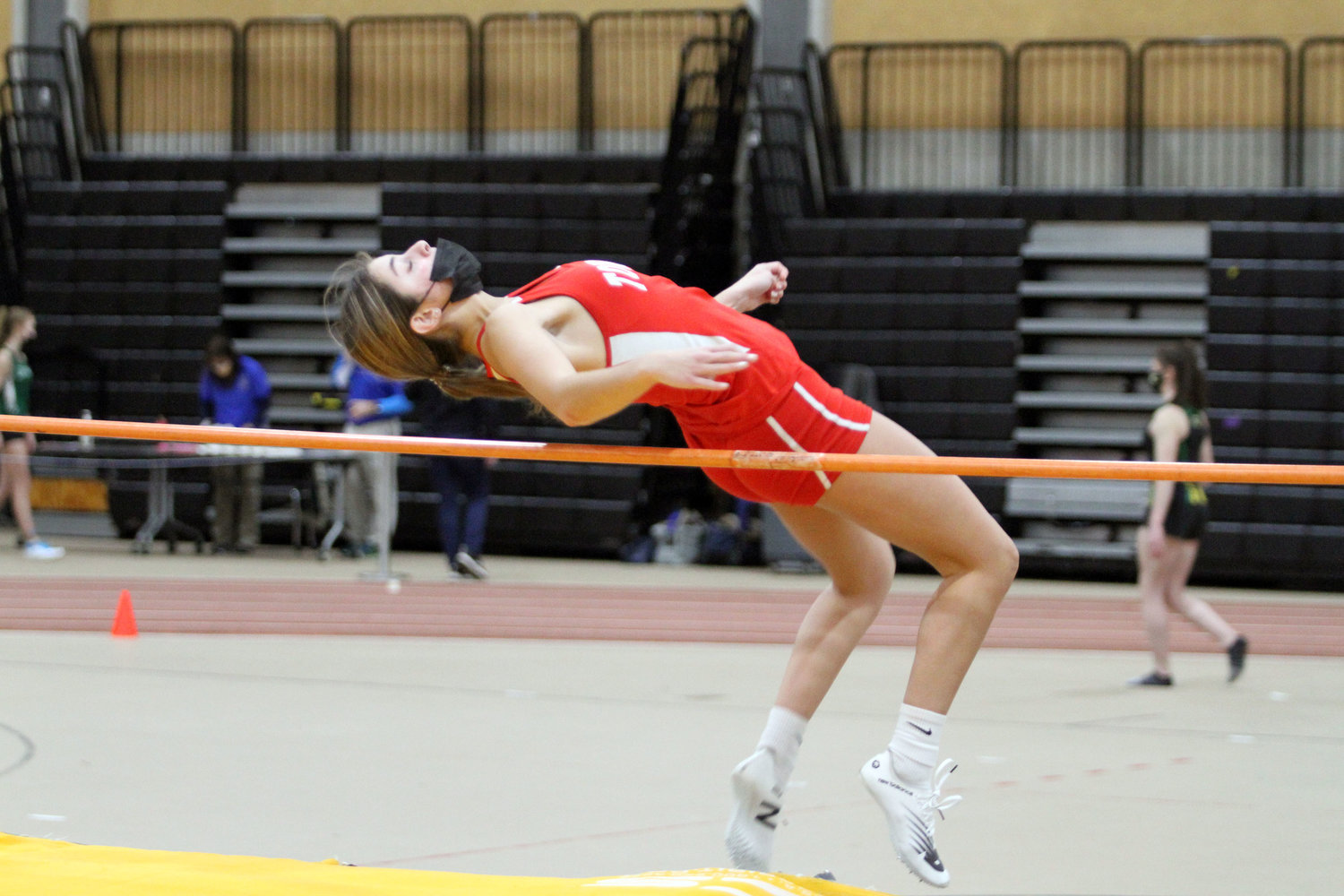 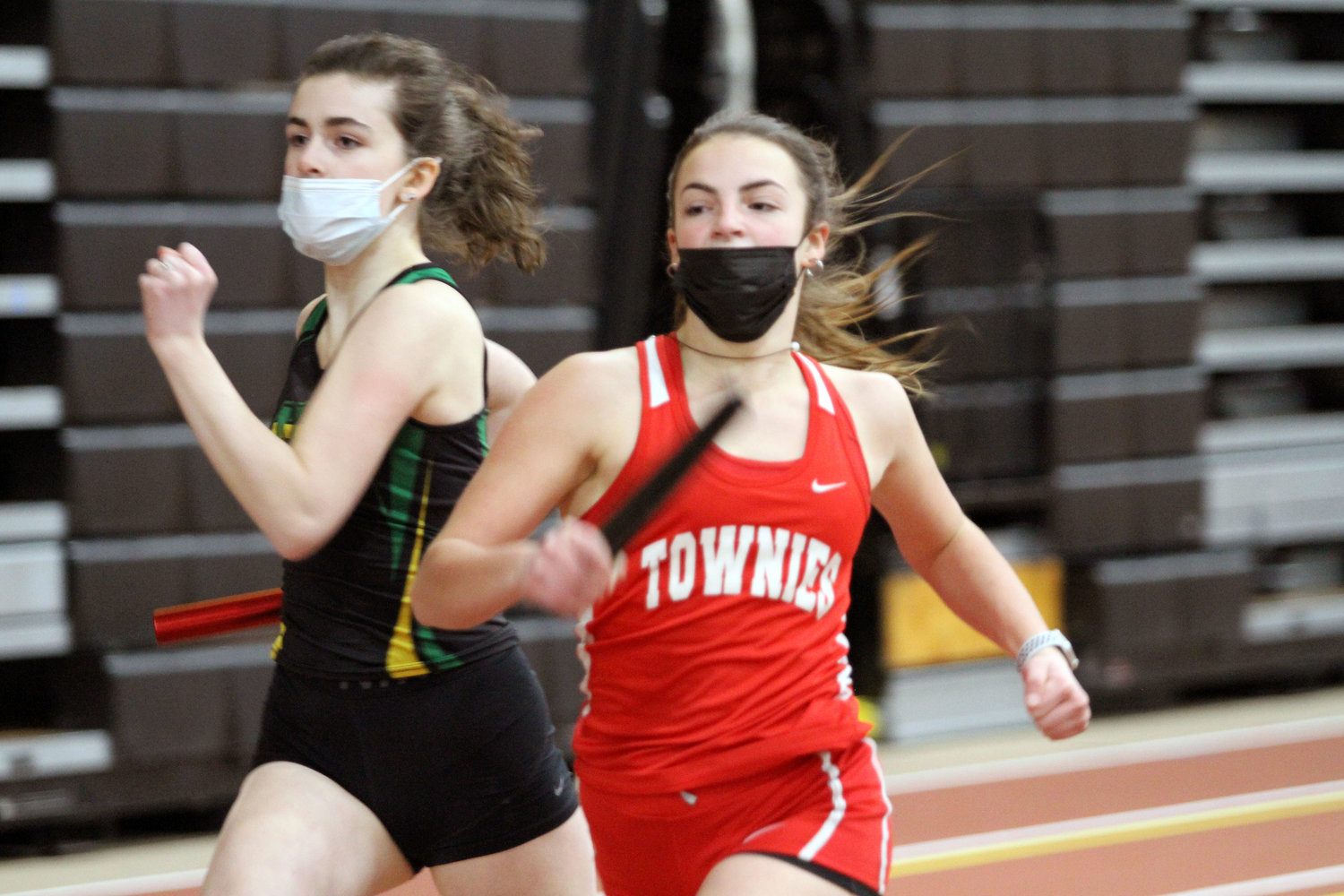 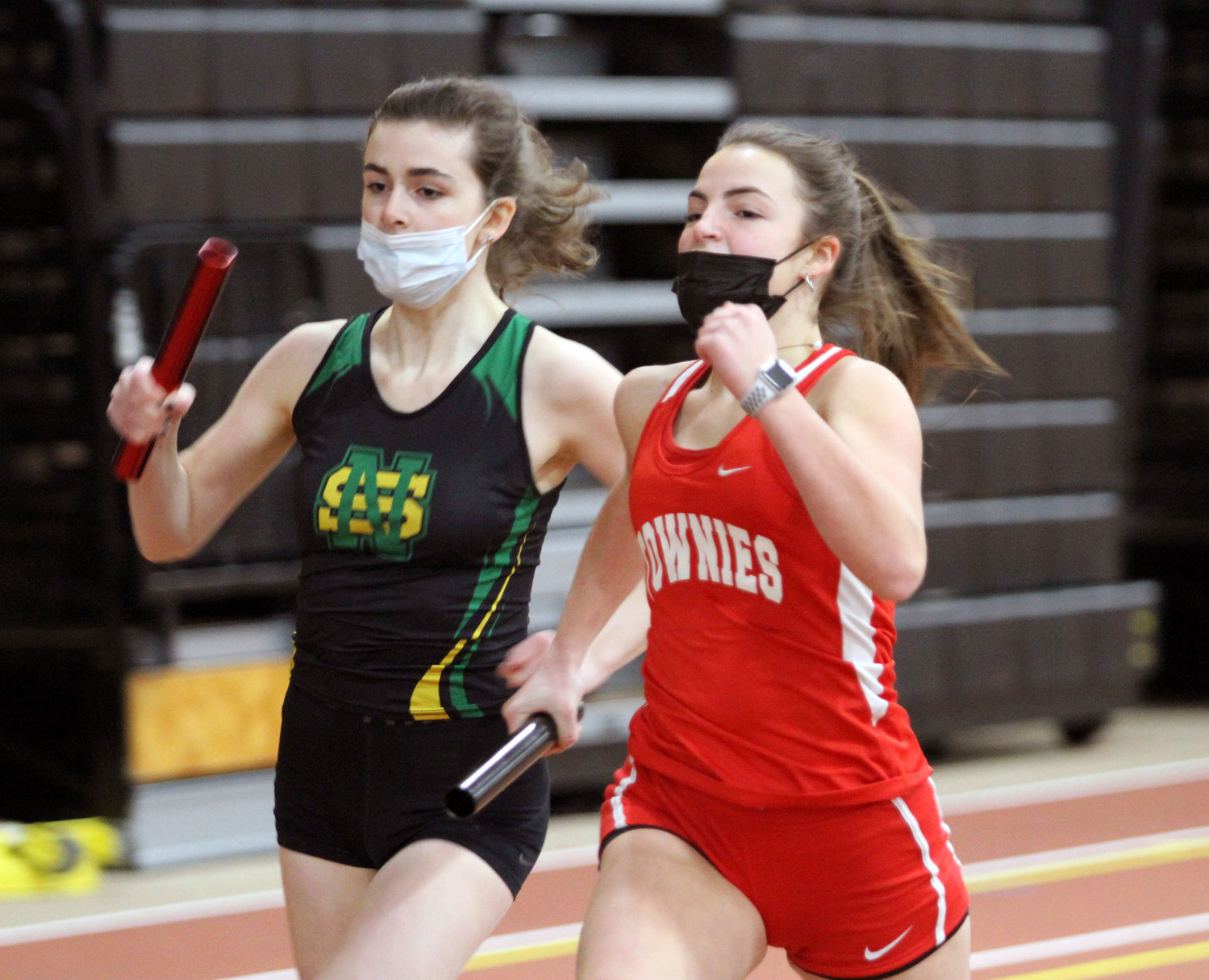 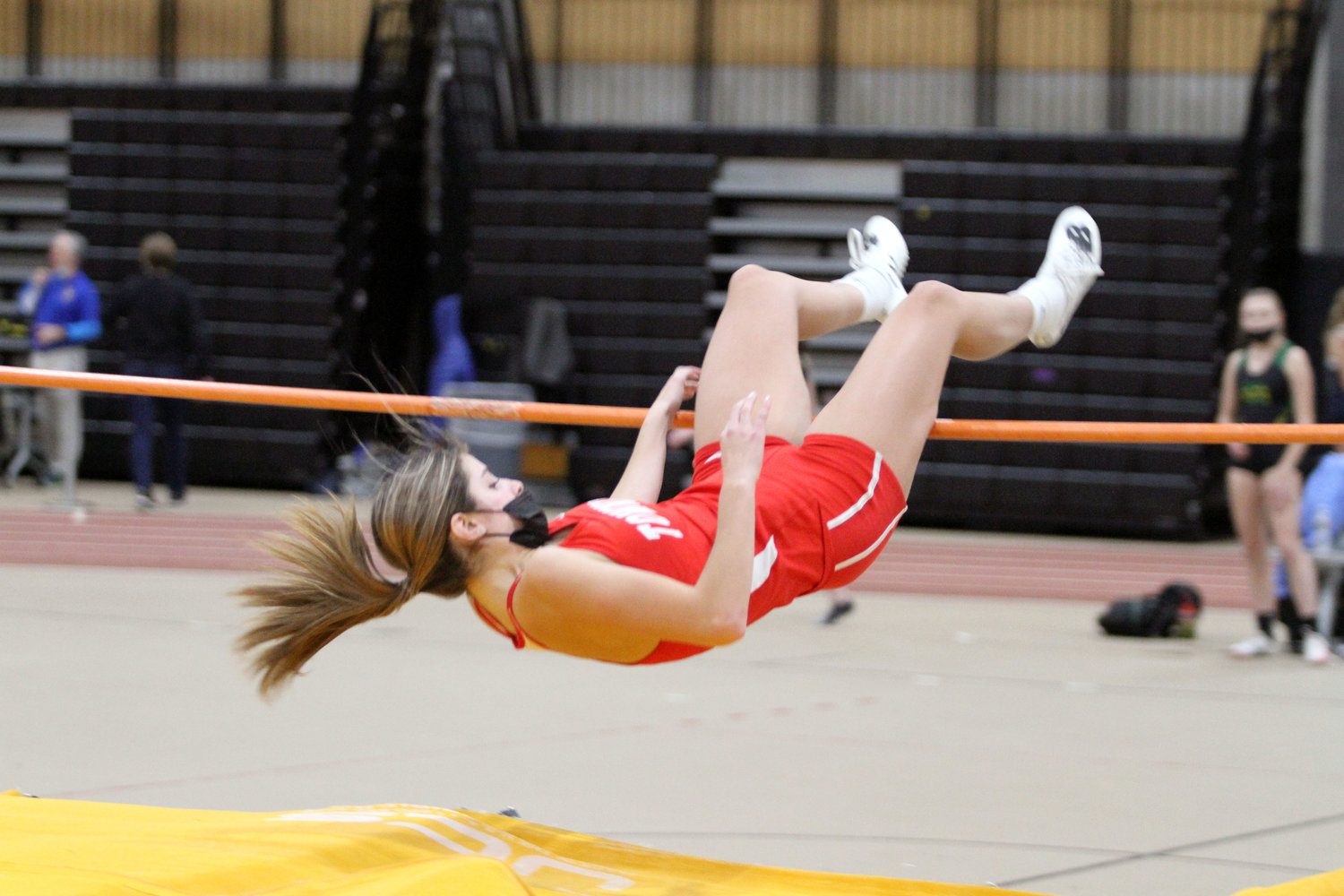 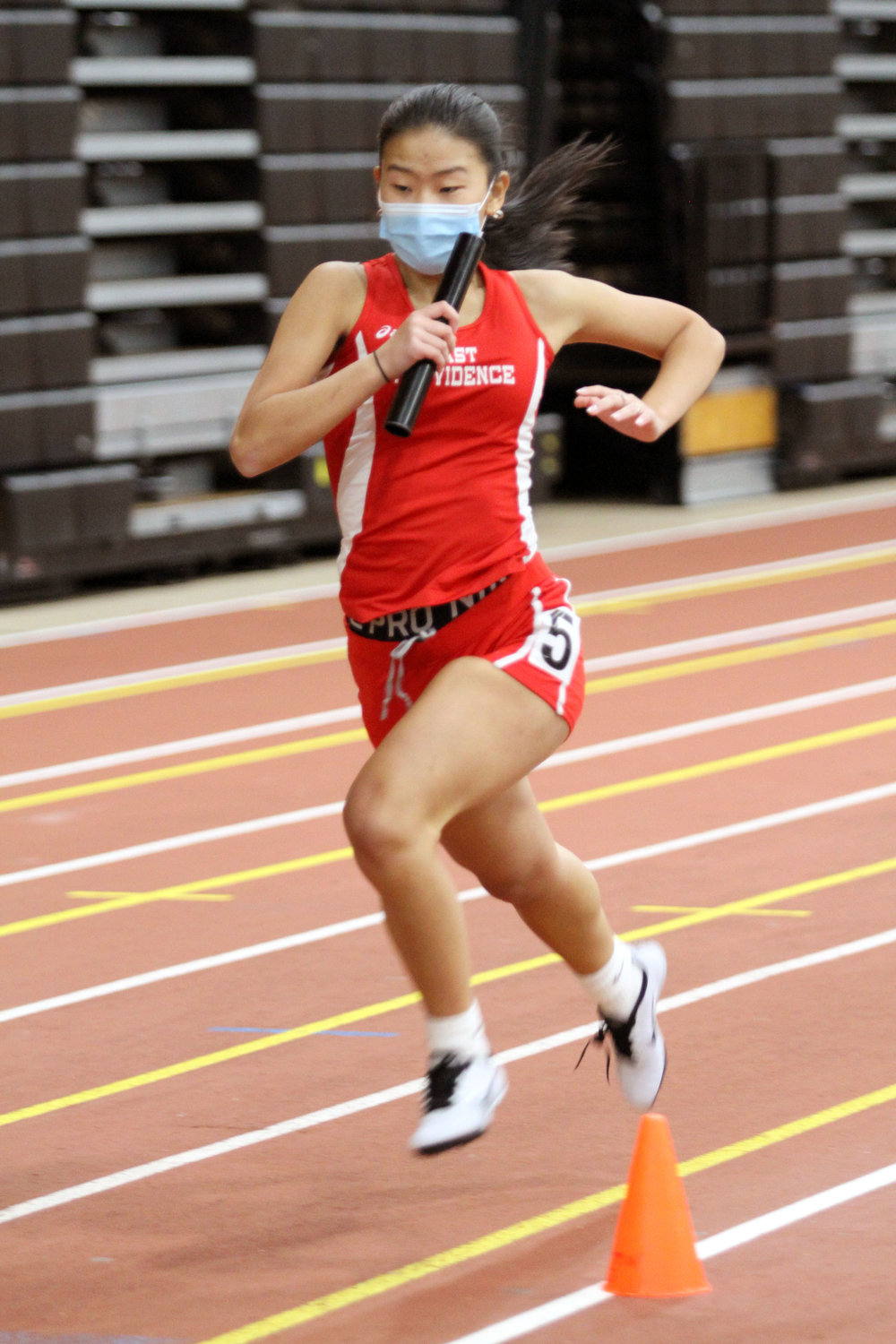 The EPHS boys were first to finish their dual slate, winding up with a 6-3 record in the ultra-competitive Metropolitan Division. The boys were also set to take part in their Metro championship meet at the Providence Career and Tech Academy Fieldhouse on Wednesday, Jan. 26.

The EPHS girls, meanwhile, were likewise readying for their Sullivan Division championship outing scheduled for Saturday, Jan. 29, at the PCTA Fieldhouse. Events are set to begin at noon.

Last Wednesday night, Jan. 19, the Townies fittingly finished their duals with a split, defeating Lincoln High 51-40 and losing to Chariho 63-39. EPHS wound up with a 5-5 record in duals.

Nazarae Phillip was the overall winner of the 300 meters for the evening bettering all other runners in the event with a time of 46.07. She also was first in the Townies’ dual and forth overall in the 55 dash with a time of 7.91.
Katherene Diaz-Araujo won the 600 in the EPHS dual with a time of 1:57.73. Gladys Barrera was second in 2:02.32.

Emma Nordquist also won two events in the Townies’ meeting with Lincoln and Chariho. She was first in the 55 hurdles in 11.18, Barrera was second in 11.24, and was best in the high jump, clearing 4 feet, 4 inches.

In addition, the team of Phillip, Kandace Daniel, Isabel Tavares and Lili Schoenfelder beat Lincoln and Chariho in the 4x200 meter relay with a time of 2:01.36 while the quartet of Katherene Diaz-Araujo, Michelle Diaz-Araujo, Gladys Barrera and Emma Heatherton won the 4x4 in 5:07.23.

Of note as well, a small group of Townies Saturday, Jan. 22, at the PCTA Fieldhouse took part in the World Trophies Invitational Meet, an event sponsored by the Providence-based awards maker. The EPHS quartet of Katherene Diaz-Araujo, Daniel, Phillip and Barrera won the 4x400 meter relay convincingly in a time of 4:39.85. North Smithfield was a distant second in 4:53.35.

More girls’ notes
EPHS head coach Mike Almeida applauded the “resilience” his athletes have shown this winter as they dealt with COVID cases and quarantine that led to the Townies going a month of the season without a full team.

Phillip, a freshman, is ranked among the state’s best in the 55 and 300. Almeida said she is also a key leg in the 4x200m relay with Daniel (sophomore), Tavares (freshman) and Schoenfelder (junior). Nordquist (junior) is a highly ranked high jumper who Almeida said could also make states in the hurdles.

The EPHS 4x800 relay of Katherene Diaz-Araujo, Michelle Diaz-Araujo and Lanois (seniors) along with Barrera (junior) is also in contention to qualify for states.

“Going into the championship part of the season we’re looking to get as many athletes into the state meet with a hope to place high in each event. We have a young team with plenty of potential and expectations are high,” Almeida added.

Boys’ notes
EPHS boys’ head coach Bob Lyons said he’s been “pleasantly surprised” by the turnout for the 2021-22 season, having had a consistent 30 athletes at practices and meets so far this winter.

According to Lyons some of the standouts to date have been: the 4x200 meter relay team consisting of Adam Marschat, Nick Morrison, Lucas Desousa, and Justin Fiore; Dylan Slavick in both the high jump and long jump; Diondre Valles in the high jump; Marcus Garedo in the long jump; Nick Morrison in both the 300 meter and 55 meter; Marschat and Fiore in the 55 meter; Kameron Threatt , Sebastian Coogan, and Daniel Rocha in the shot put and weight throw; and Ethan Goncalves in the 600 meter.

“Hopefully we can qualify some athletes for the state meet, do well at the freshman and JV states and go into the outdoor season with a positive attitude,” Lyons said. “As has always been the case, we use the indoor track and field season in part to prepare for the outdoor season. I am optimistic, some of the athletes at the school who chose not to participate during the indoor season will come out for the outdoor team and help us develop a competitive team capable of competing for a state title to usher in our first season on our brand new track."

Upcoming events
After divisions, the EPHS teams ready for their respective Class A/Large Class Championships set for Saturday, Feb. 5, at 9 a.m. then for those who qualify the Interscholastic League State Meet on Saturday, Feb. 19, at 11 a.m. Both contests take place at the PCTA Fieldhouse.