East Bay Rowing competes in Head of the Charles

The Head of the Charles. The Super Bowl of head racing in the United States features more than 11,000 athletes and attracts more than 220,000 spectators. Since 1965, clubs from all over the world …

East Bay Rowing competes in Head of the Charles 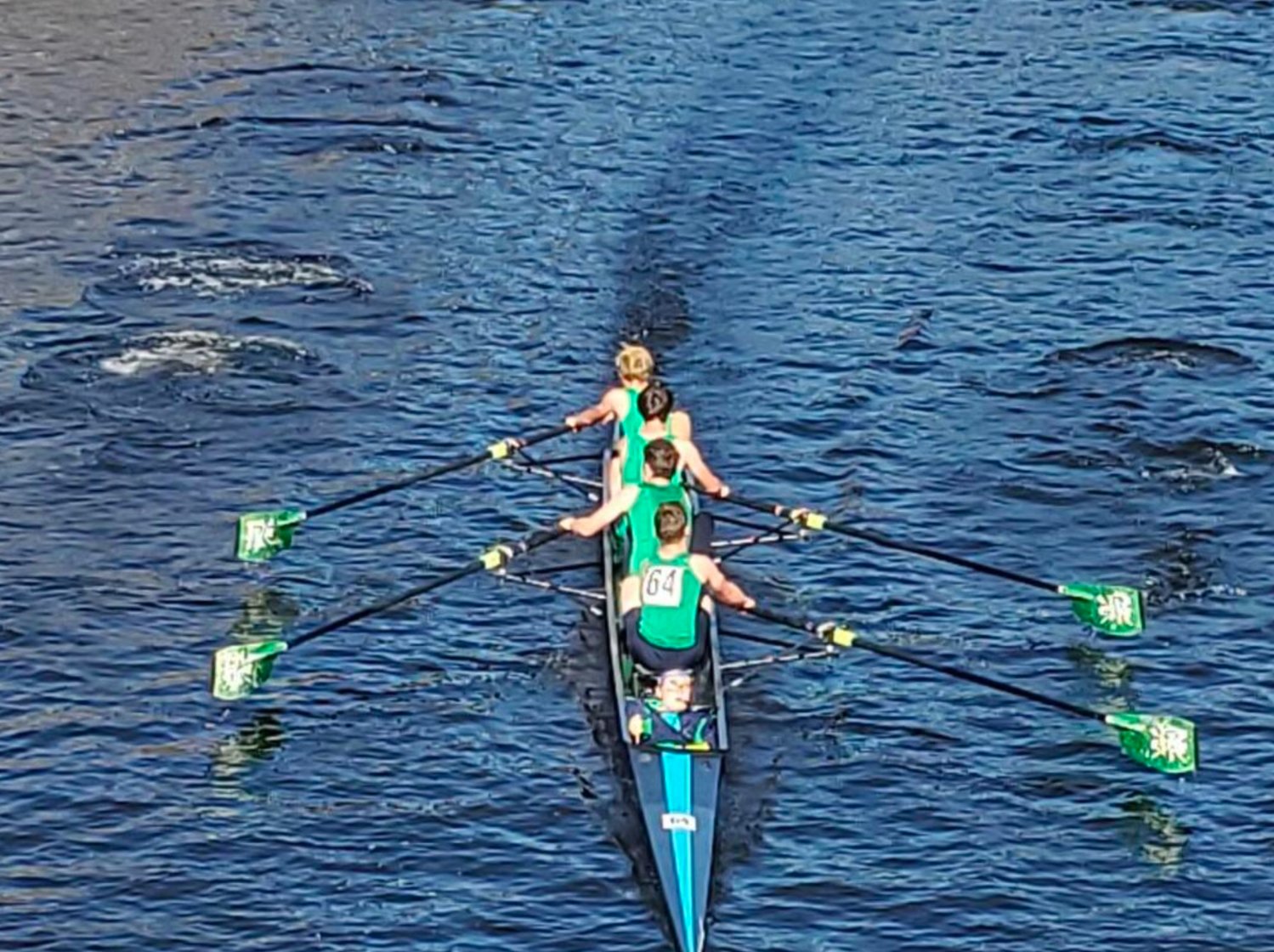 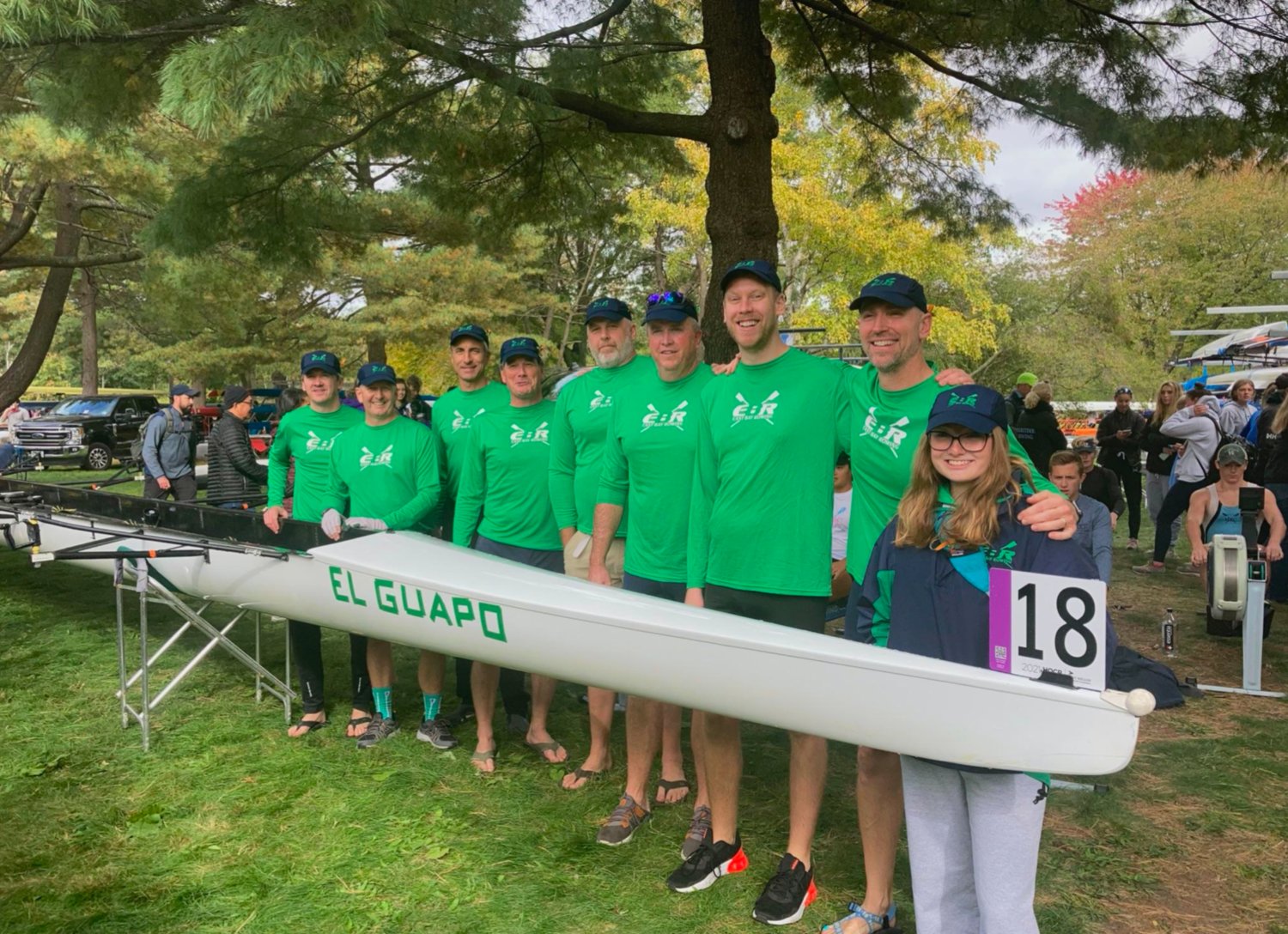 Members of the Men’s Master’s 50+ eight boat pose for a photograph at the Head of the Charles. 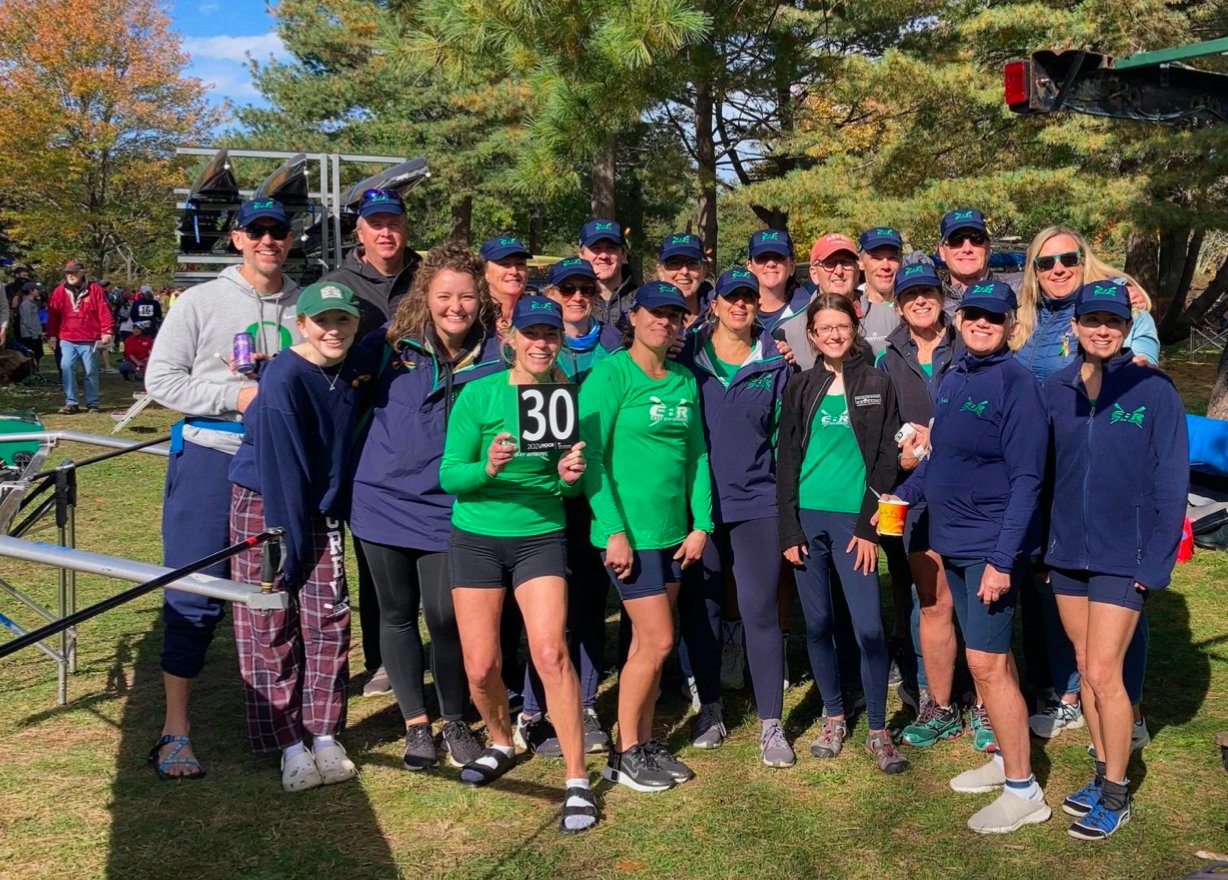 The Head of the Charles. The Super Bowl of head racing in the United States features more than 11,000 athletes and attracts more than 220,000 spectators. Since 1965, clubs from all over the world have launched their sculls in the Charles River in Boston and rowed down the three-mile course.

“We are so excited to have our club represented in this world-renowned regatta,” said Deb Sullivan, director of rowing for EBR. “We have a single in the Women’s Grand Master/Veteran Singles (50+); a double in the Women’s Grand-Master Doubles (60+); a Men’s Senior-Master Eights (50+); a Women’s Senior-Master Eights (50+); a Women’s Youth Four (high school girls); and a Men’s Youth Four (high school boys).

“We are so proud of all of our boats. Racing against the best of the best proves an incredible, amazing opportunity. I think this is the only sport where youth and adults compete in similar races and even train together. It’s been exciting to watch them learn and grow together.”

In fact, many of the EBR youth have become coxswains to the adult boats — essentially telling the adults and their peers how to move the boat. Elena Hamilton, a senior at Barrington High School, coxed three boats in the Head of the Charles.

“I began at EBR five years as a rower and transitioned to a coxswain about four years ago. I wanted to find a new perspective with the sport and being a coxswain was the perfect fit for me,” she said.

“The Charles was an amazing experience; and coxing three boats — an adult men’s eight, a varsity boys four and the Boston College Alumni four boat (EBR varsity men's coach is a BC alum) and the EBR varsity boys four. There was a lot of competition — there were over 600 clubs represented there. It was a lot of fun. Being a part of EBR has changed my life and thanks go to Deb and Pat Sullivan for starting the program.”

Father and daughter Josh and Margaret White agree EBR has been an incredible journey for both of them.

“I’ve been rowing with EBR for about six years,” Mr. White said. “Having the opportunity to represent the club and compete in world class events like the Head of the Charles is an amazing honor for all of us.

“One of the coolest aspects of the club is the multi-generational nature of it. The adults and juniors row with each other, and coach and learn from each other.”

Margaret White, a novice rower, added, “I had been around EBR for a while and really wanted to try it out. I started with summer camp. Once I got in the boat, I never wanted to leave. The team became my family. I started to jump at every opportunity to row — whether the adults or boys/girls teams. Rowing is a magical sport and being able to share it with the people I love is incredible.”

There were also numerous EBR alumni who have continued their rowing careers in college and competed in this year’s Head of the Charles.

This fall season, EBR has proven itself time and time again in other regattas as well. The club has rowed in the New Hampshire Championships, bringing home gold in the Men’s Youth Double with Charlie Whittaker and Cassin Edgar-Smith. EBR also took part in the NE Junior/High School and Masters Championship as well as the Watuppa Dual Regatta in Fall River.

As EBR’s 2021 season comes to a close, Sullivan looks forward to next spring. “We have so many youths and adults rowing now, it’s incredible. I love watching the young adults get into a zephyr for the first time and earn their way into a four or eight person shell and watch their confidence grow. This is a lifetime sport — we just had members in their 60s rowing in the Head of the Charles! What sport can say that?”

Winter training will begin in December at EBR’s indoor facility in Cutler Mill in Warren.