This has always been a special space in the local newspaper. Whether thoughtfully crafted after hours of research or thrown together on hectic deadline, the editorial is a revered tradition that … 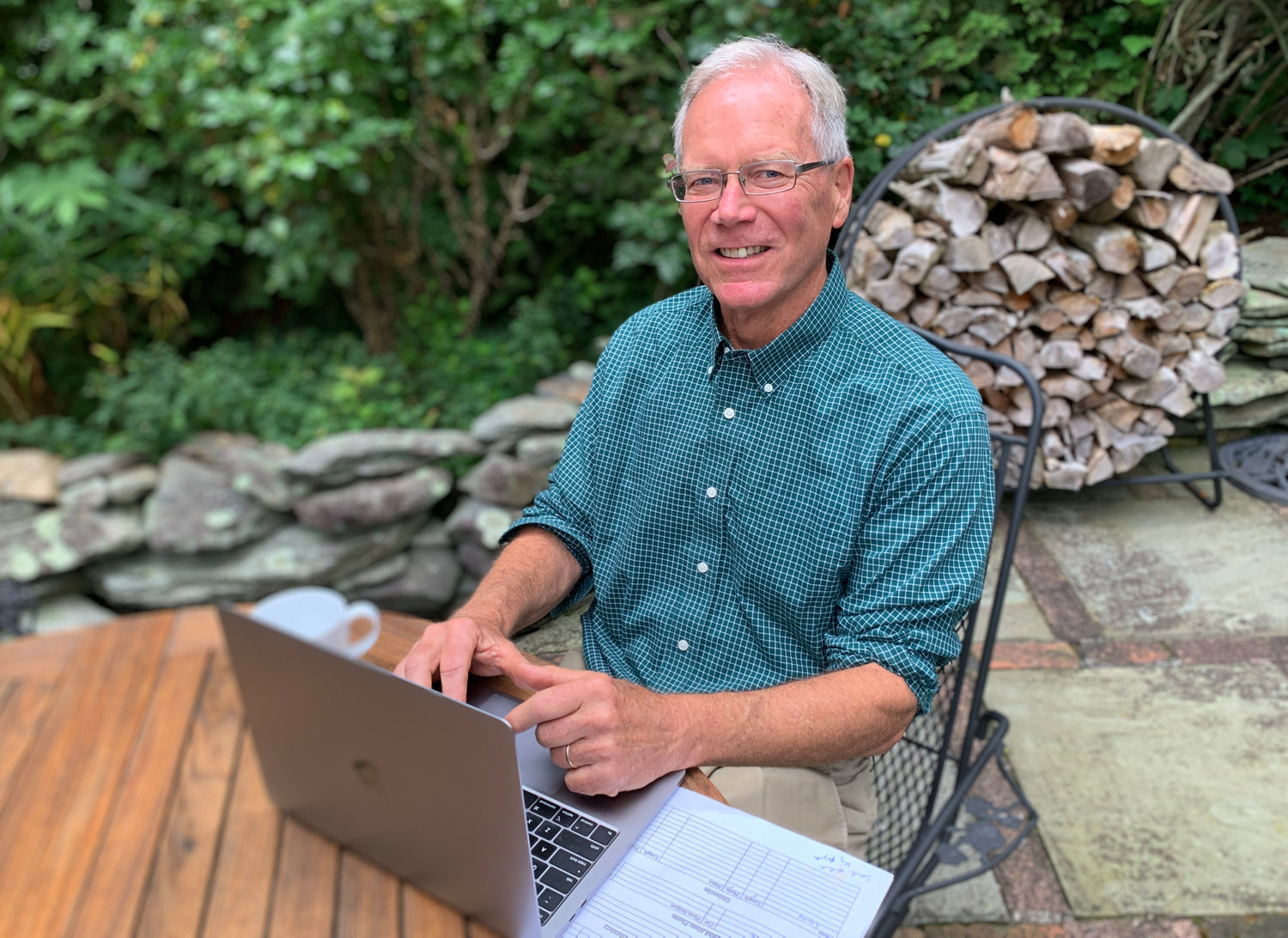 Bruce Burdett at a patio table outside his Bristol home, where he often works. The editor of The Sakonnet Times and Westport Shorelines is retiring this week after 45 years with East Bay Newspapers. “There’s something in all of us that likes to tell people stories, and this was my way to be able to do it,” he said.
RICHARD W. DIONNE, JR.
Posted Thursday, July 22, 2021 9:00 am

This has always been a special space in the local newspaper. Whether thoughtfully crafted after hours of research or thrown together on hectic deadline, the editorial is a revered tradition that stretches back generations.

In this small space, the local editor casts aside objectivity to comment on the issues of the day, attempting in a few words to sway opponents, change minds or open eyes. None have done it better than retiring editor Bruce Burdett.

Bruce has been writing editorials for the weekly papers of the East Bay since the 1970s. Never has his name appeared on an editorial. They are all unsigned, and that’s part of the mystery (and sometimes fun) of the space.

“I want to know who wrote this!” a politician might bellow, to which a staffer would reply, “it reflects the opinion of the paper.” Many a frustrated reader stomped out never knowing the true author.

The point is, it has never really mattered. The good editorial writer speaks for the paper, the publisher, the community, the cause, the silent majority or the disenfranchised minority, and he does so without credit or concern for himself.

Bruce has reflected this paper’s beliefs for nearly five decades, but he has also shaped them. He developed a powerful voice that defended the environment, spoke for trees and stone walls, protected the shoreline and understood the irreplaceable value of the quirky farmer. He demanded good government. He crusaded against obnoxious motorcycles and the mind-numbing buzz of jet skis. He amplified the great causes of good people. And he recognized the quiet folks who never asked for recognition.

A common joke in the newsroom says that despite the words woven together in this space, no one will listen anyway. It’s actually not true. Some do listen. More than most, Bruce had a way of making them listen.

He made these papers better, but most importantly he made these communities better. His editorial voice has raised the quality of life in the East Bay, helping shape this region as one of the great places to live and work.

Editorial: Preserve the past by protecting the future

Editorial: Building on the bonfire