The storm that blew ashore on Friday, Dec. 23, is a reminder that Barrington is among the most vulnerable of communities to the escalating impacts of climate change.

The wind howled through … 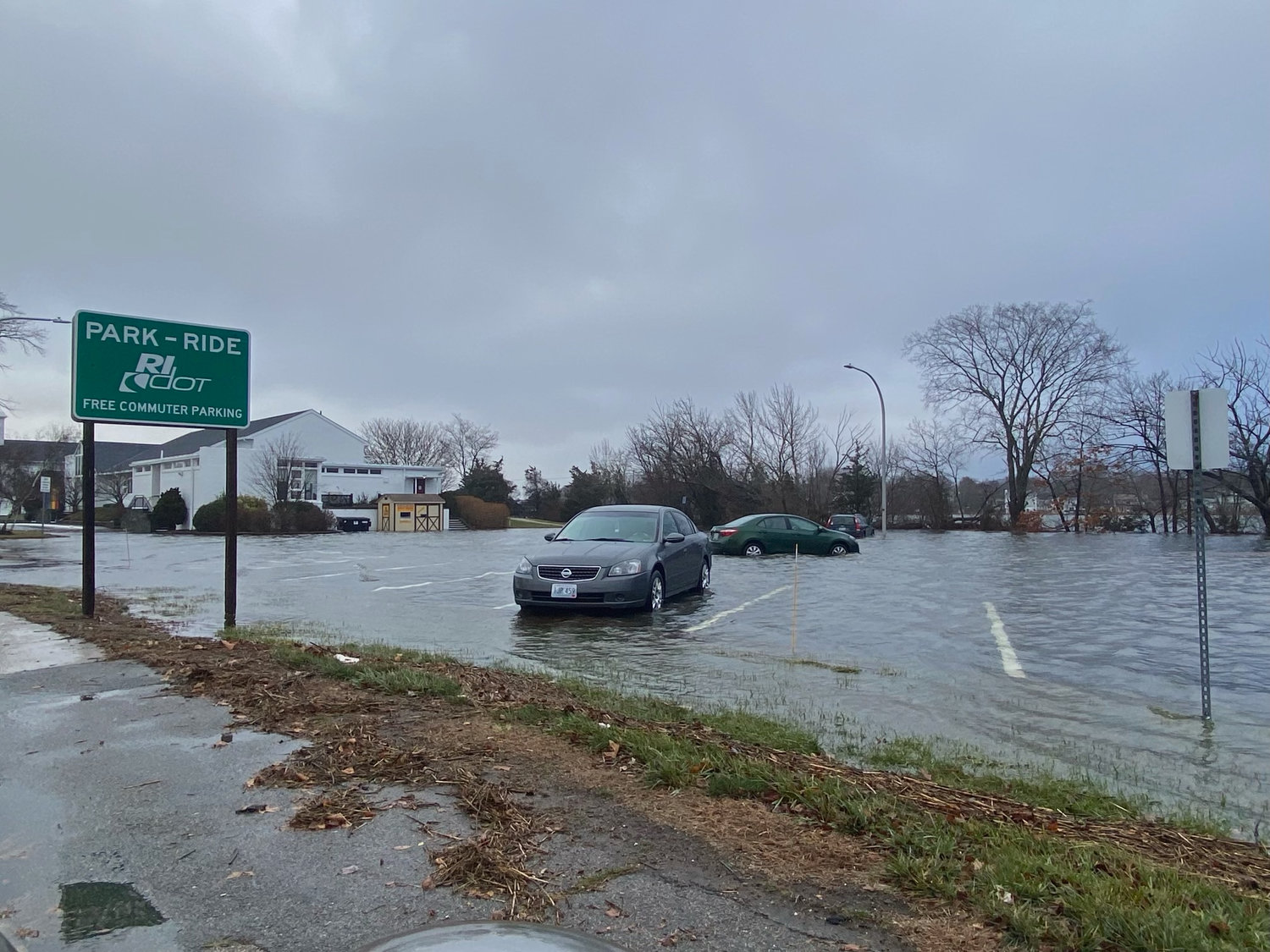 The storm that blew ashore on Friday, Dec. 23, is a reminder that Barrington is among the most vulnerable of communities to the escalating impacts of climate change.

The wind howled through the early morning hours that day, it felled trees and it knocked out power to hundreds of residents, but what caught the attention of most residents was a surging high tide.

In what seemed like a few short minutes, Narragansett Bay, Bullocks Cove, Barrington River, Hundred Acre Cove and the rest of the water surrounding this town pushed up and over the banks, flooded across streets and yards, turned parking lots into shallow ponds, and offered a glimpse of what is likely to happen more frequently in the future.

Those who live along the water’s edge in Barrington stood by helplessly against the forces of nature that day. They hoped the water would recede before pushing into their basements and living rooms. For some, the tide changed just in time to save them from significant damages, days of cleanups and basement pump-outs. Others were not so lucky.

Let’s hope nature’s spectacle on Dec. 23 is not soon forgotten, especially as town and state leaders face difficult choices in the future. Consider the ways big and small their decisions will shape this town’s resiliency.

In one bucket are the small decisions about housing and coastal development. The pandemic has fueled a surge in suburban real estate values, especially for deep-pocket buyers who want luxury views and distance from the neighbors. But does every  waterfront property need its own dock, a redesigned master bedroom that maximizes views of the water, and a sprawling veranda that reaches to the water’s edge?

In another bucket are the big decisions about public infrastructure? Can Mathewson Road survive rising water levels? Can marinas be better fortified? Can strategic landscaping create natural barriers against coastal surge? Can wastewater pumping stations withstand a flood?

These choices will flow through every government agency, from the smallest zoning board decision to the biggest town spending decision. The pre-Christmas storm was a reminder that Barrington needs to choose wisely.

On a more optimistic note, we were struck by how resilient the local power grid was in the face of Dec. 23’s howling winds. Not long ago, a storm like that would rip down trees and limbs, knocking out power to thousands of people for days. In this case, there were two surprising outcomes.

First, the outages were small and localized. A massive tree fell across North Lake Drive and Middle Highway. In the past, that might have snuffed power to more than half the town. Instead, it impacted about a hundred homes. The same was true in Alfred Drowne, where an outage impacted a few dozen homes, rather than the entire neighborhood of hundreds.

Secondly, the outages were brief. Crews were able to quickly restore power, with most homes reconnected within 24 hours.

We do not know all that has been done to fortify or protect the grid, but the results were noteworthy. Consistent efforts to trim trees and protect power lines have obviously had an impact. The wind was fierce, but its lasting impact was but a shadow of what it might have been in the past.

Editorial: A standing ovation for a new Unified Theater production

Letter: Don't look to the bluebird for a sign of spring

Why the opioid epidemic remains front and center in R.I.

Commentary: 2022 was a banner year for Tiverton Land Trust