As the New Year approached, the new East Providence High School project was nearing 90 percent complete with the vast majority of components associated with the four-story structure just about … 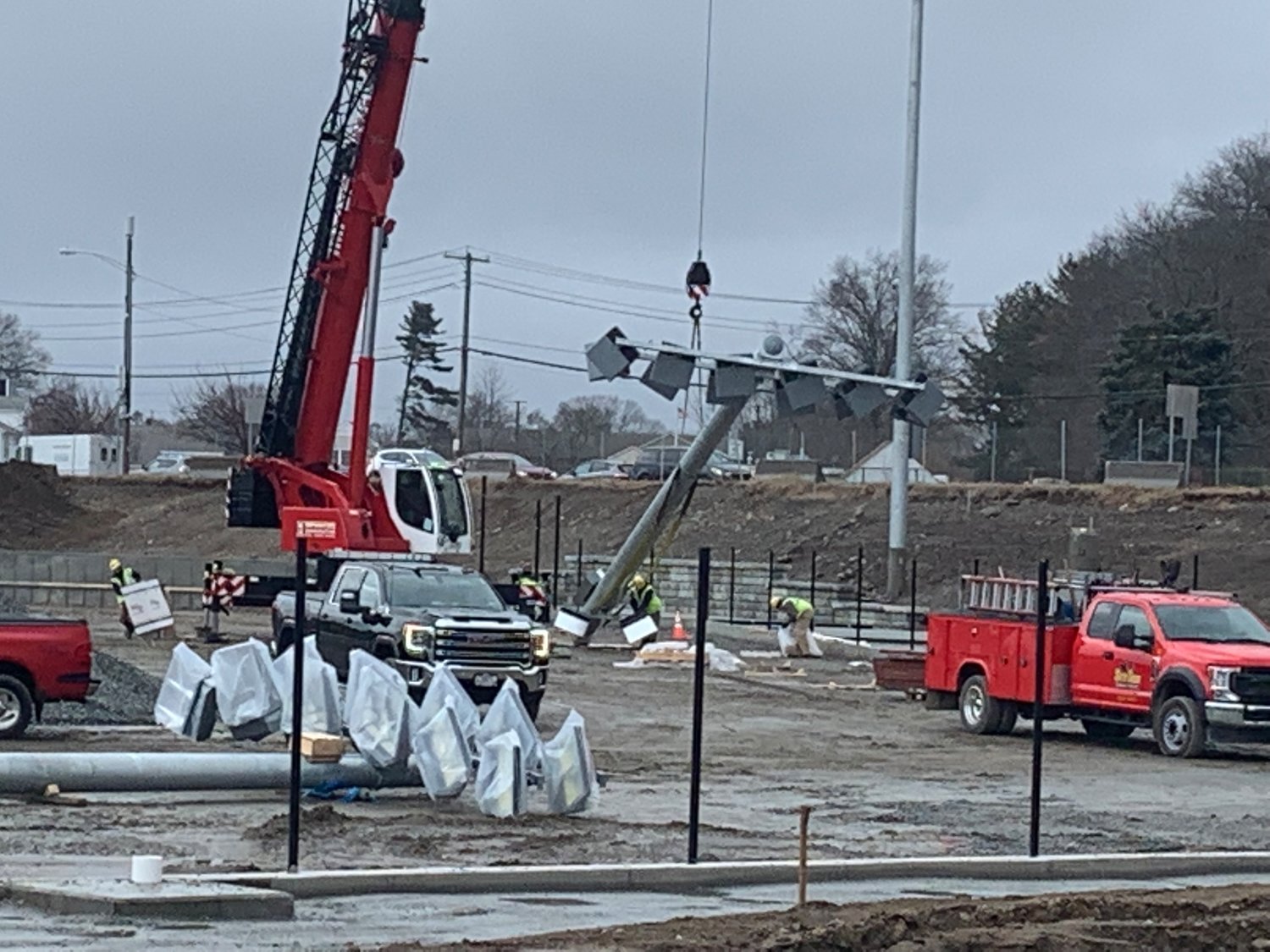 Crews raise light posts at the sight of the baseball field on the new EPHS grounds Wednesday morning, Jan. 5. 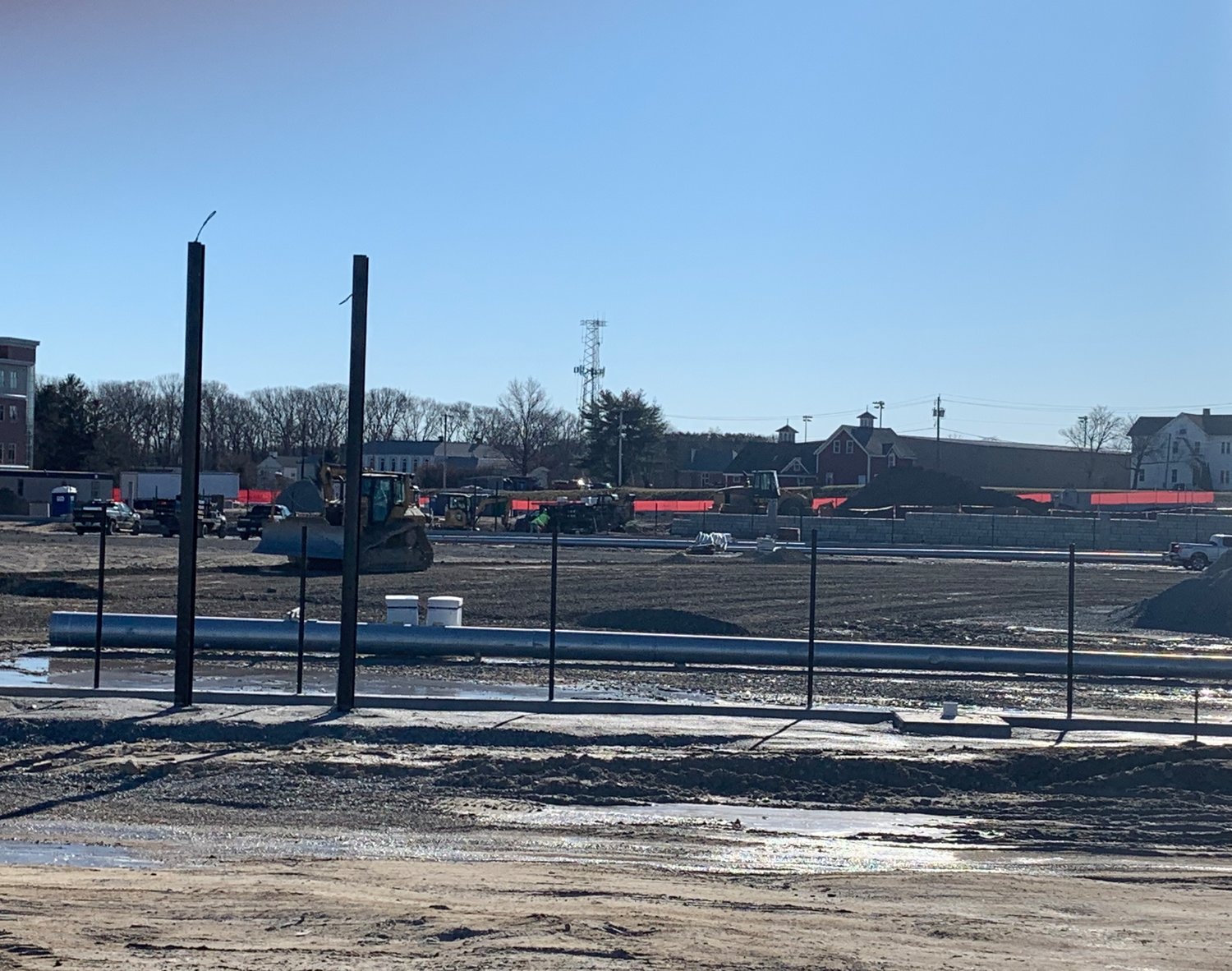 Construction crews grade the baseball field in front of the new East Providence High School on Tuesday, Jan. 4, while a light pole and the scoreboard frame await installation. 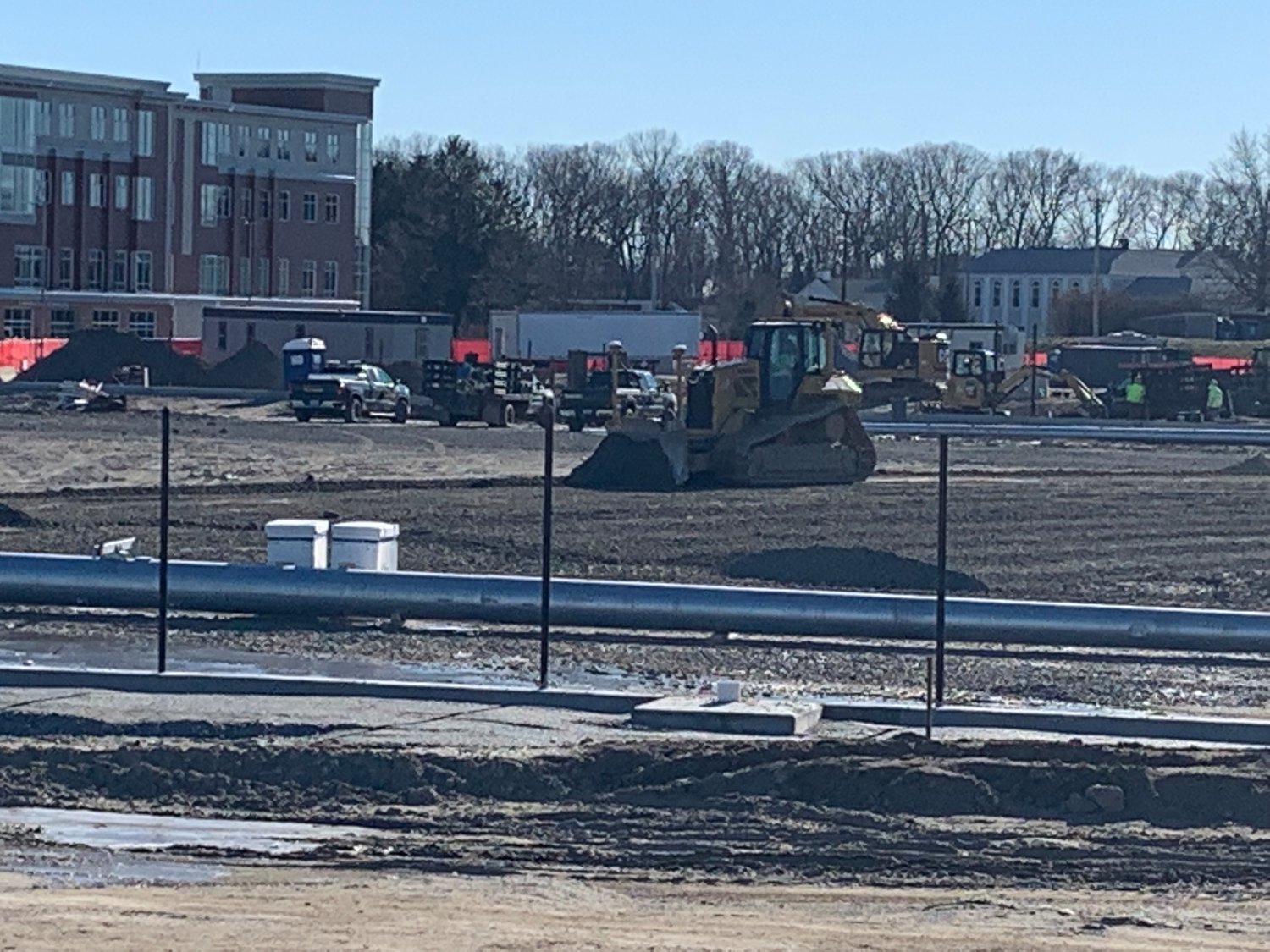 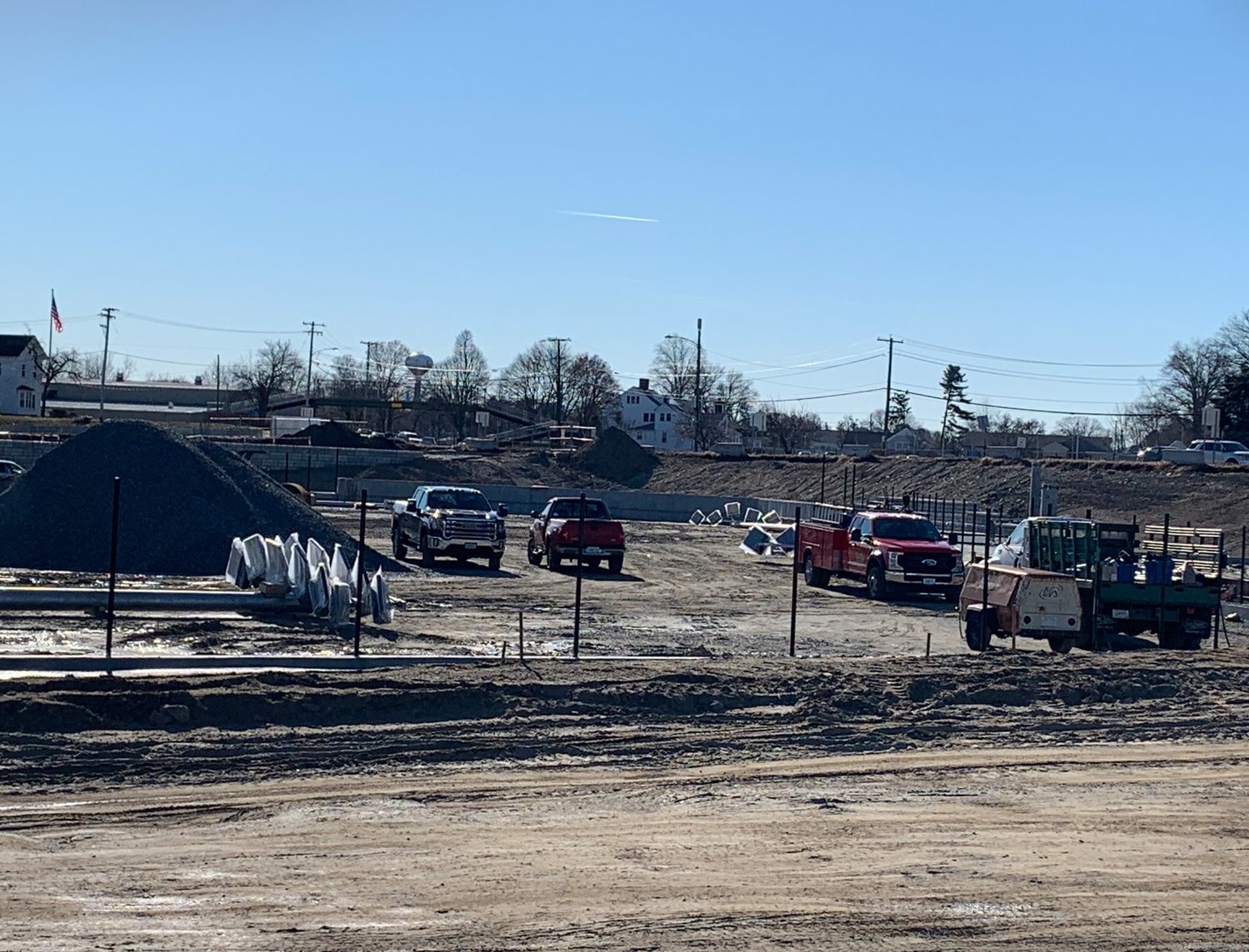 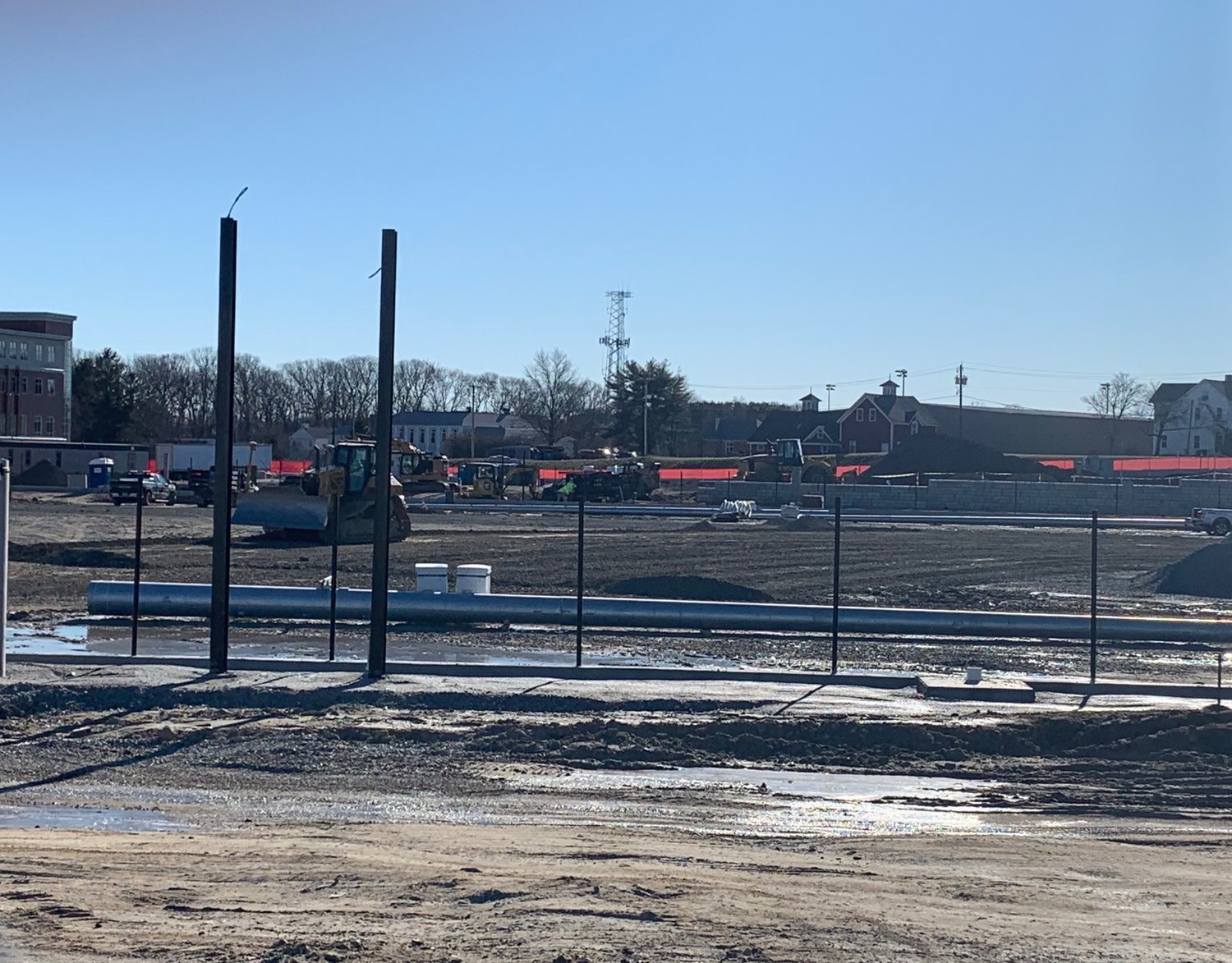 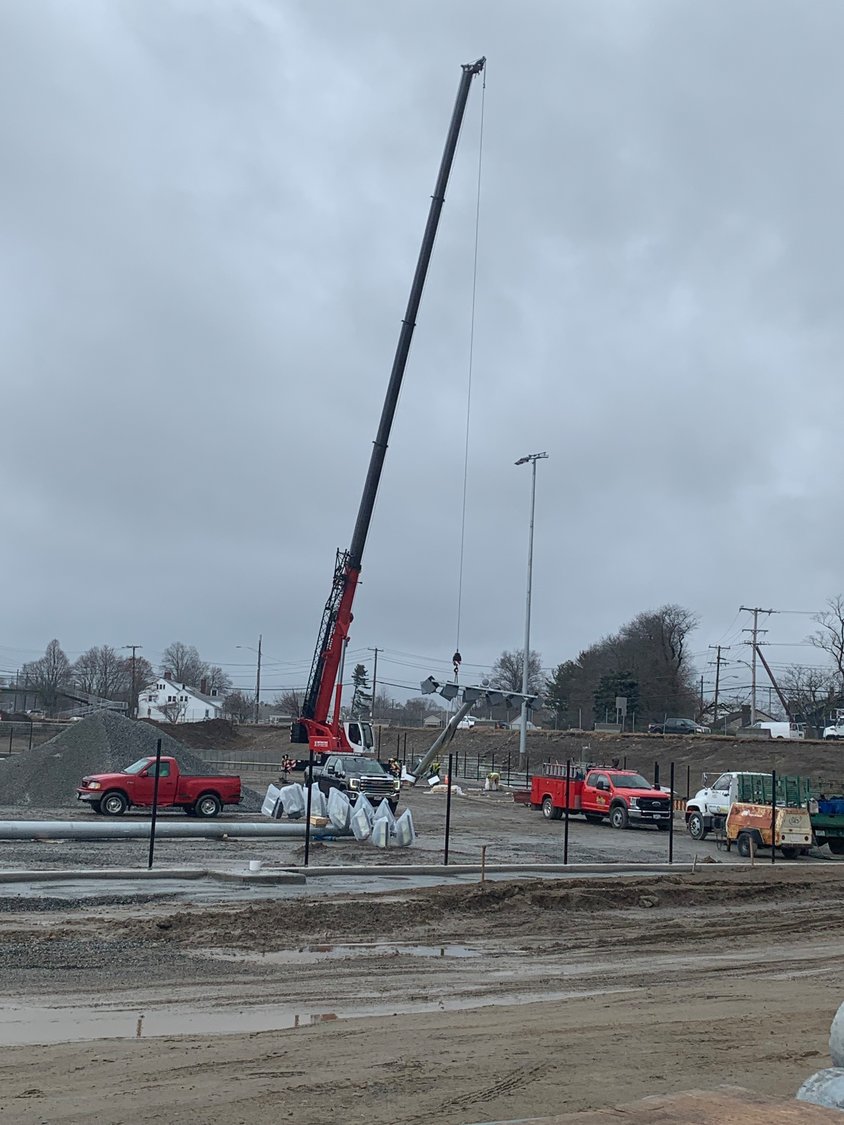 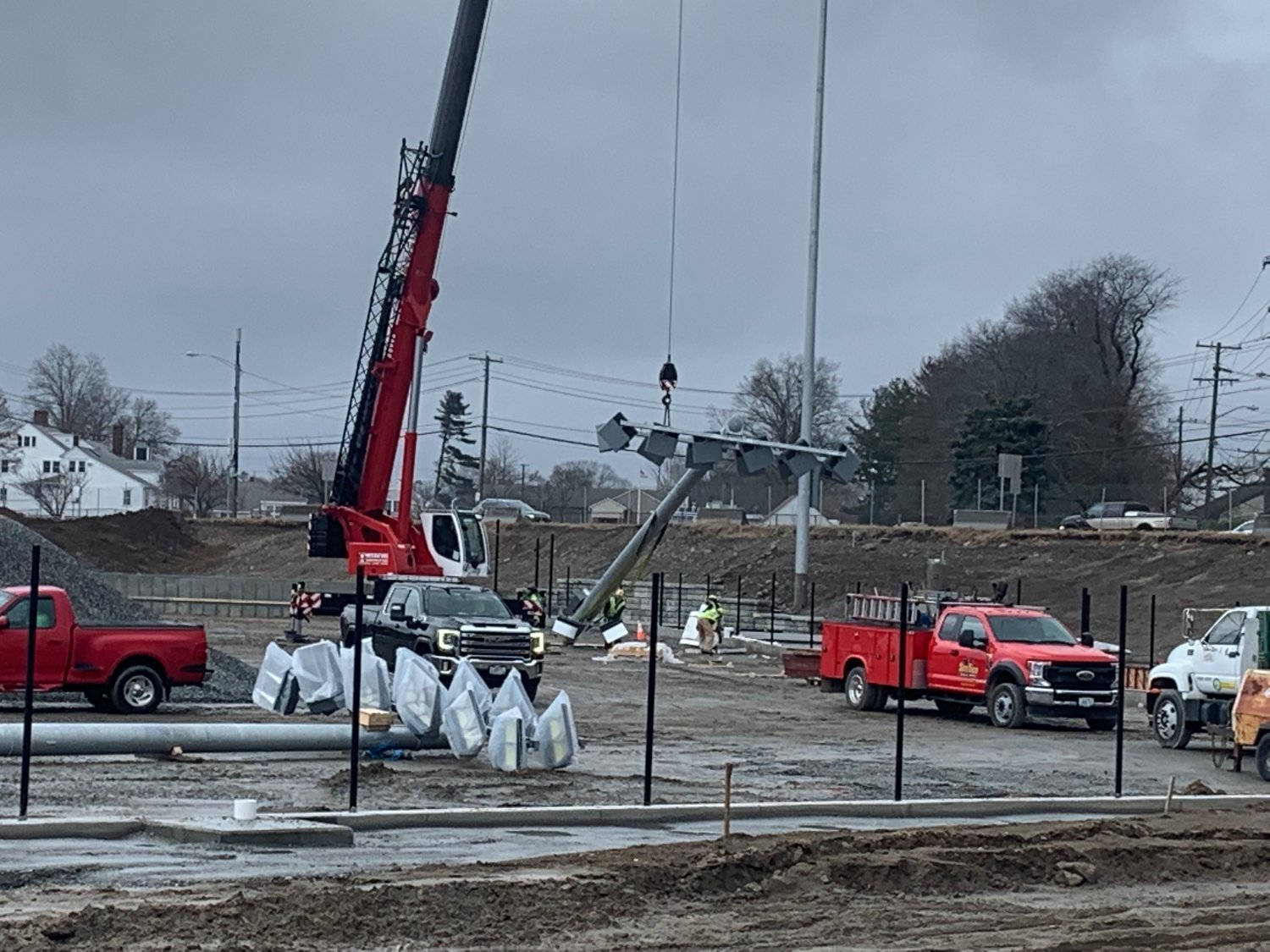 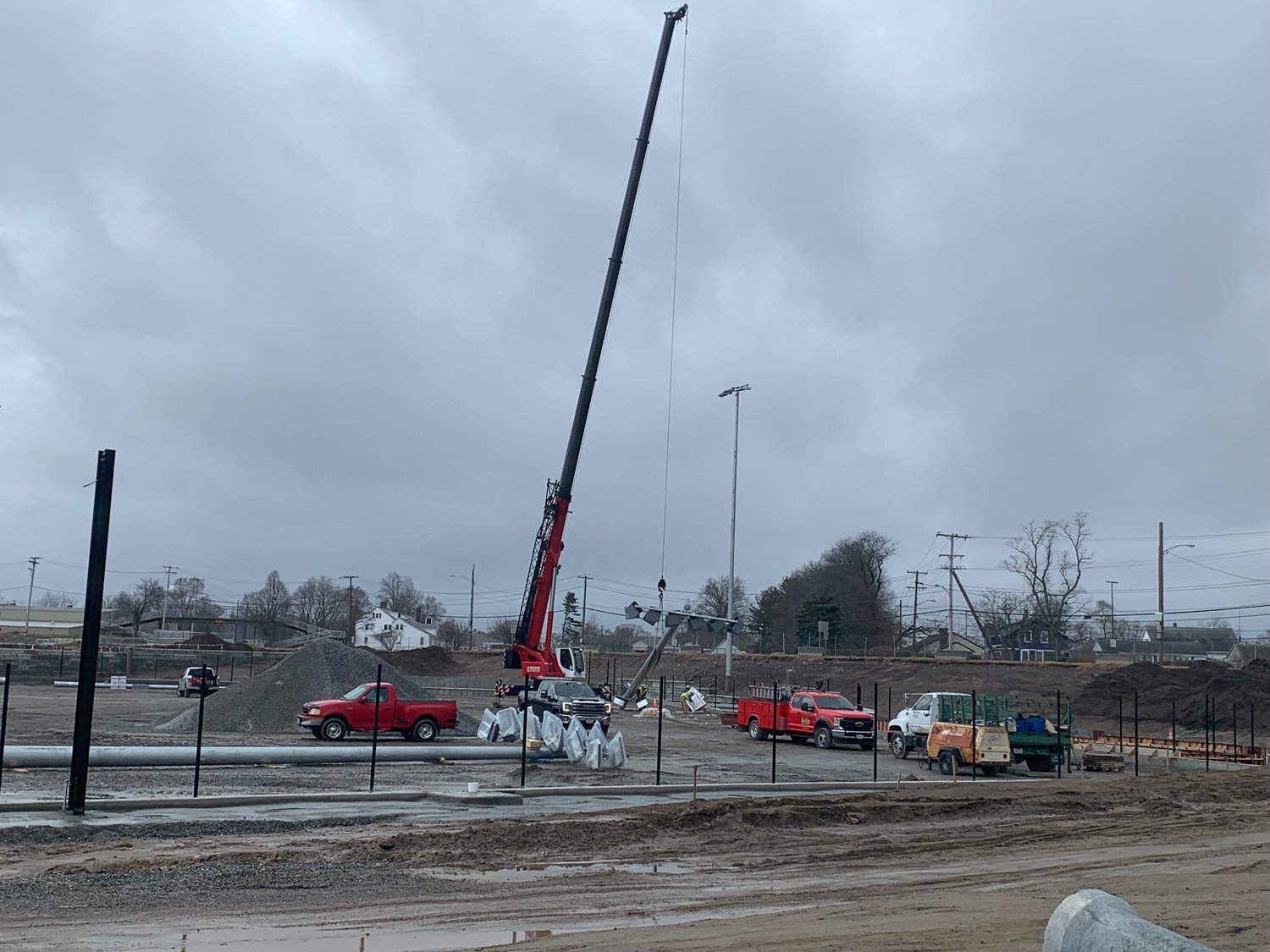 EAST PROVIDENCE — As the New Year approached, the new East Providence High School project was nearing 90 percent complete with the vast majority of components associated with the four-story structure just about finished, leaving mainly only exterior elements left to be done over the next few months.

Monteiro told his colleagues on the School Committee the overall $189.5 million project was just about 89 percent complete. Many aspects were part of “punch lists,” or being given a final inspection before being formally noted as complete.

The building has been operational since the last week of August/first week of September 2021 with a temporary certificate of occupancy. The existing certificate expires on February 1, but Monteiro said city officials are expected to issue another on a temporary basis for the rest of the school term ending in June.

Monteiro explained per city guidelines, the occupancy status will still be considered “temporary” until the athletic fields currently being built on the footprint of the old school are finished sometime this summer. He said the city authorities prefer to wait until construction on the entire campus is “substantially complete.”

About the athletic fields, which will be the home of East Providence High School tennis teams beginning next fall and the baseball and softball squads in the spring of 2023, Monteiro clarified the baseball diamond will be situated at the north end of the location or the spot where the entrance to the old school was while the softball diamond and tennis courts will be on the side where the old gym and cafeteria were situated.

Both fields will have artificial turf surfaces with “oversized” outfields for use as practice areas for the high school soccer and lacrosse programs as well as hosts for youth organization events. Both fields will also feature removable fencing in the outfields, multi-use scoreboards and lights. The tennis courts will also be lighted. Of note on lighting, the concrete footings for all of the poles have been poured. The actual posts will be installed throughout the winter, weather permitting, according to Monteiro.

In addition, the baseball field will have bleachers for both home and away fans along with pitching bullpens and batting cages. Monteiro clarified the softball field will also feature bleachers for fans of both EPHS and visiting teams, despite initial renderings showing just on the home side.

Of the project as a whole, Monteiro said it is in “great shape” financially. Last month, he added, the building committee received what he termed “great news” on the asbestos abatement of the old EPHS. Contractors returned to the district some $500,000 in contingency money set aside for anticipated abatement.

Monteiro said District Director of Facilities Tony Feola had suggested significant abatement had occurred at the old building over the years, but there was no documentation of it being done.

Staying on the topic of maintenance, in response to a question from Ward 2 School Committee member Max Brandle, Monteiro said how the building is being taken care of remains an ongoing process. He said Feola, physical plant manager Christopher Murphy and the building’s administrative now led by new EPHS principal Bill Black are evaluating and adjusting procedures regularly, while consulting with maintenance staff and general faculty.

In addition, as supply chains continue to be slowed as the world economy slowly reemerges from the COVID-19 pandemic, Monteiro said still seeing some delays in delivery of materials such as shelving, though none of the “critical items” to keep the the project moving forward have been affected.