East Providence’s Kazarian was bill sponsor in House of Representatives

PROVIDENCE – Two pieces of gun control legislation, including a bill preventing the carry of firearms on school grounds sponsored in the House by city Representative Katherine Kazarian …

East Providence’s Kazarian was bill sponsor in House of Representatives 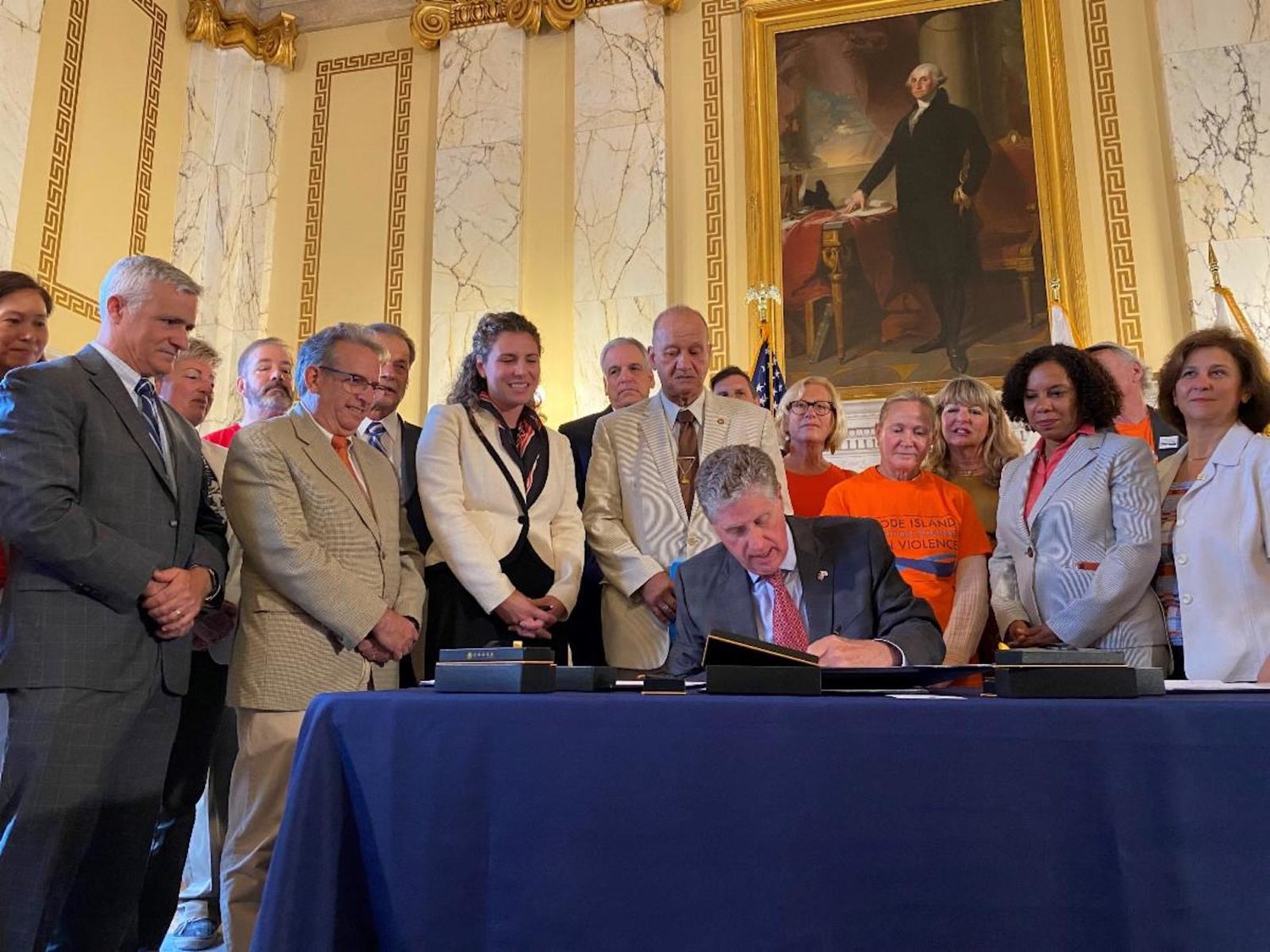 PROVIDENCE – Two pieces of gun control legislation, including a bill preventing the carry of firearms on school grounds sponsored in the House by city Representative Katherine Kazarian (D-Dist. 63, East Providence), were formally signed into law by Gov. Dan McKee during a State House ceremony Monday, July 12.

Rep. Kazarian’s House legislation (2021-H 5555A) paired with the Senate version (2021-S 0073), sponsored by body President Dominick J. Ruggerio, passed the General Assembly in the final days of the 2021 session.

“We must do everything we can to end gun violence and make our communities safer,” Governor McKee said upon signing. “These pieces of legislation will make a difference by keeping firearms out of the hands of dangerous criminals, and keeping firearms off school property. I thank our general officers, legislators and gun safety advocates who have taken these important steps to ensure all Rhode Islanders can feel safe in their communities and their schools.”

The school firearms bills were named The Harold M. Metts School Safety Act of 2021 in honor of its longtime champion in the Senate. Rep. Kazarian, who serves as the House Democratic Whip, previously introduced the legislation for the past several sessions.

The Metts legislation prohibits the possession of firearms on school grounds except for peace officers, retired law enforcement officers, persons under contract to provide school security services and unloaded firearms in locked containers or a locked rack in a motor vehicle.

In addition, the new law applies to the property of any public or private elementary or secondary school, including buses.

Some activities are exempted including firearm instruction and/or safety courses; government-sponsored military-related programs such as ROTC; interscholastic shooting and/or marksmanship events; military history and firearms collection courses; and the use of blank guns used in theatrical or athletic events.

“Our nation has suffered so many horrific and tragic school shootings. Every parent deserves an assurance that no one is allowed to enter their child’s school armed. Guns simply have no place in schools, and we shouldn’t accept a situation that allows anyone outside the police to carry them there,” said Rep. Kazarian (D-Dist. 63, East Providence). “This legislation gives schools the same protections already afforded to the Rhode Island Convention Center, our post offices as well as our very own State House.”

The other gun-control bills (2021-H 5386aa, 2021-S 416aa) penned into law by the governor ban “straw purchases” of firearms, making it illegal to purchase a firearm on behalf of, or selling or transferring it to, someone who is legally prohibited from possessing one. They also strengthen penalties for providing false information on a firearms purchase application or license to carry.