Bristol has been a seat of power of the Native American world; site of British bombardment — twice — during the fight for independence; and, of course, is well-known for hosting the oldest 4th of … 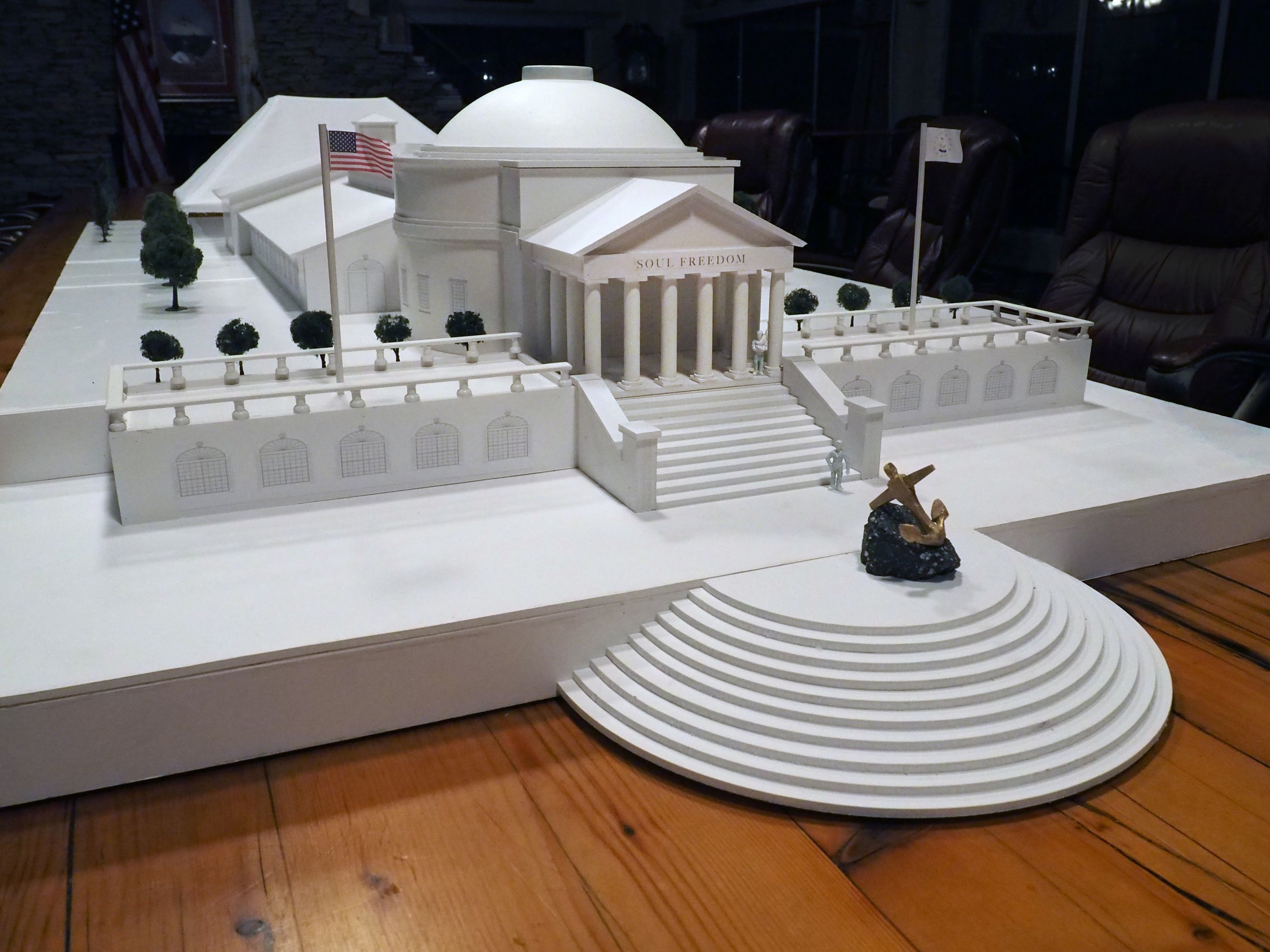 This artist’s rendering shows the Roman Pantheon design of the proposed RI Heritage Hall of Fame on land near the Roger Williams University campus on Metacom Avenue.
Posted Wednesday, May 25, 2016 6:05 pm

Bristol has been a seat of power of the Native American world; site of British bombardment — twice — during the fight for independence; and, of course, is well-known for hosting the oldest 4th of July celebration in the country.
It only makes sense that a town so steeped in major historical events should host Rhode Island’s first statewide history museum, at least according to museum organizers.
The plans are preliminary, but Bristol is already being touted as the “future home of the RI Heritage Hall of Fame,” which organizers say will be a “living” history museum, telling Rhode Island’s history through the prominent men and women enshrined in its halls. “The inductees will come down from its walls and actively engage students and the general public in a continuing dialogue about Rhode Island and our state’s contributions to America and the world at large,” the Heritage Foundation’s website reads. “It will be a ‘living’ Hall of Fame by relating our history through the narratives of its achievers.”
But before the “Pantheon of eminent Rhode Islanders” can tell their stories to the visiting public, there are a few steps yet to come, namely, building it.
Organizers have selected the proposed location on 2.4 acres of currently wooded land adjacent to the Roger Williams University campus on Metacom Avenue. The museum has an agreement to buy the land from Town Councilman Halsey Herreshoff for $600,000, according to Patrick Conley, president of the Hall of Fame board of director and the chief proponent of the Bristol museum.
“Bristol is the most patriotic town in America,” Mr. Conley said. “You’ve got the site of King Philip’s Chair, Blithewold, the old courthouse, the Herreshoff Marine Museum, the campus named for Roger Williams. It seems that is a perfect spot.”
And the land is coming at a bargain, Mr. Conley said. The purchase price is half what Councilman Herreshoff could likely get for the land on the open market, he said. “The Herreshoffs have a special place in local and state history,” Mr. Conley said, noting Halsey and Nathanael Herreshoff are both inductees. “They’re proud of the fact a museum would be on their land.”
Securing the land is only the first step of the process, which includes getting the necessary go-ahead from the town. The land is zoned residential, so would require a special use permit from the town Zoning Board, according to Community Development Director Diane Williamson. It would also need wetlands permits to build on the wooded land just to the north of the Maher Center on the RWU campus, as well as a state Department of Transportation permit to make a curb cut on a state road.
Then there is the money. Mr. Conley estimates the hall of fame needs about $15 million. Fundraising efforts are underway, and Conley said some rather wealthy potential donors have already expressed interest. Residents can donate to the museum on the group’s website, riheritagehalloffame.org.
Mr. Conley and state Rep. Kenneth Marshall are also seeking a more unique funding source — the Rhode island Lottery. Rep. Marshall and Rep. K. Joseph Shekarchi (D-Warwick) have submitted legislation to create the “Heritage Hall of Fame Baseball Lottery Game.” Revenue from the tickets sold in the first six months would go directly to the Hall of Fame.
Mr. Conley doesn’t expect the lottery game will make much of a dent in the museum’s cost — likely raising around $500,000, he said. The value is in the exposure the game — should it be approved by the General Assembly and Lottery Commission — would give to the museum.
“Mr. Conley found other non-profit entities had done this type of funding mechanism,” said Rep. Marshall, noting he doesn’t expect any action on the legislation until next year. “It’s a visionary type of approach. It’s money that doesn’t come directly from taxpayers, but from people buying lottery tickets.”
The RI Heritage Hall of Fame museum will combine visual technology with in-person actors to bring history to life for visitors, the group’s website touts. More than 750 prominent Rhode Islanders from all walks of life have been enshrined, with more inducted each year. The artifacts associated with the inductees that would be included in the museum are housed in a warehouse in Providence, which Conley hopes to change soon.
“This is a way to teach and honor eminent Rhode Islanders,” Mr. Conley said. “It would greatly enhance Rhode Island’s self-image and teach Rhode Islanders about their history through the achievements of the inductees.”