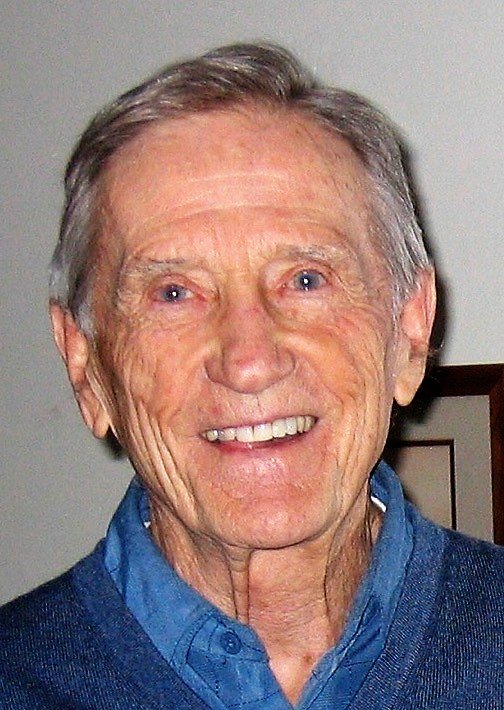 John F. Cox, 96, of Riverside, RI passed away on Wednesday, Jan. 12, 2022, at Hattie Ide Chaffe Home. The son of the late Daniel and Helen (Hopkins) Cox. He will join his wife of 65 years, (Evelyn) Jean, at the Columbarium at the North Burial Grounds in Bristol.

He was born in Brooklyn, N.Y., on April 1, 1925. The family would later move to Valley Stream, N.Y., where he spent his childhood with his brother Daniel (100), sisters Eileen (D), and Edna (D). He graduated from Valley Stream Central High School.

In March of 1943, he joined the Navy. After training, he became part of the crew of the Destroyer Escort USS O’Neill. The O'Neil was assigned to convoy escort duty in the North Atlantic and then spent most of its war service in the Pacific Theatre, including Okinawa, where from his position on the O’Neill he could see the famous flag of the United States planted after Okinawa fell. He was honorably discharged in March 1946. He would later join the Navy Reserves with a rank of Ensign.

At home, he could fix anything that needed fixing and played some golf, claiming to have gotten a hole in one at least once. He enjoyed sailing and was an excellent artist. The children are all fortunate to have many of his fine works to remember him by.

Upon his retirement from Long Island Lighting Company in 1989, he and Jean traveled the world with friends. They spent time with their children and eleven grandchildren. They moved to Bristol in 2005, where they developed new friendships. John was blessed to have two great-grandchildren.

A family remembrance and celebration of John’s life will occur at a time to be determined.