That was the case at Tinsley Kampmier-Williamson's home late last month, when more than a dozen Barrington children helped assemble care packages that will be … 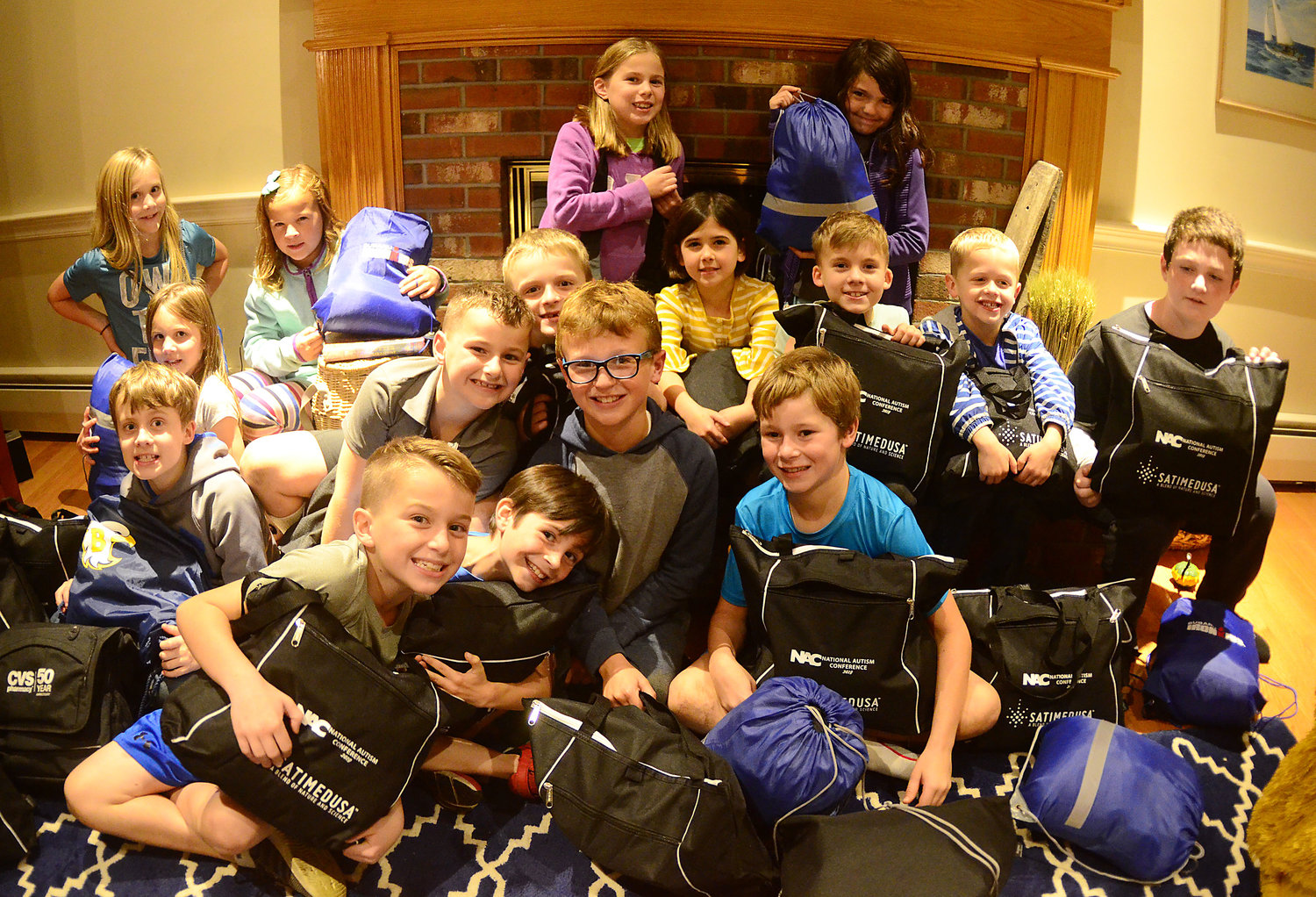 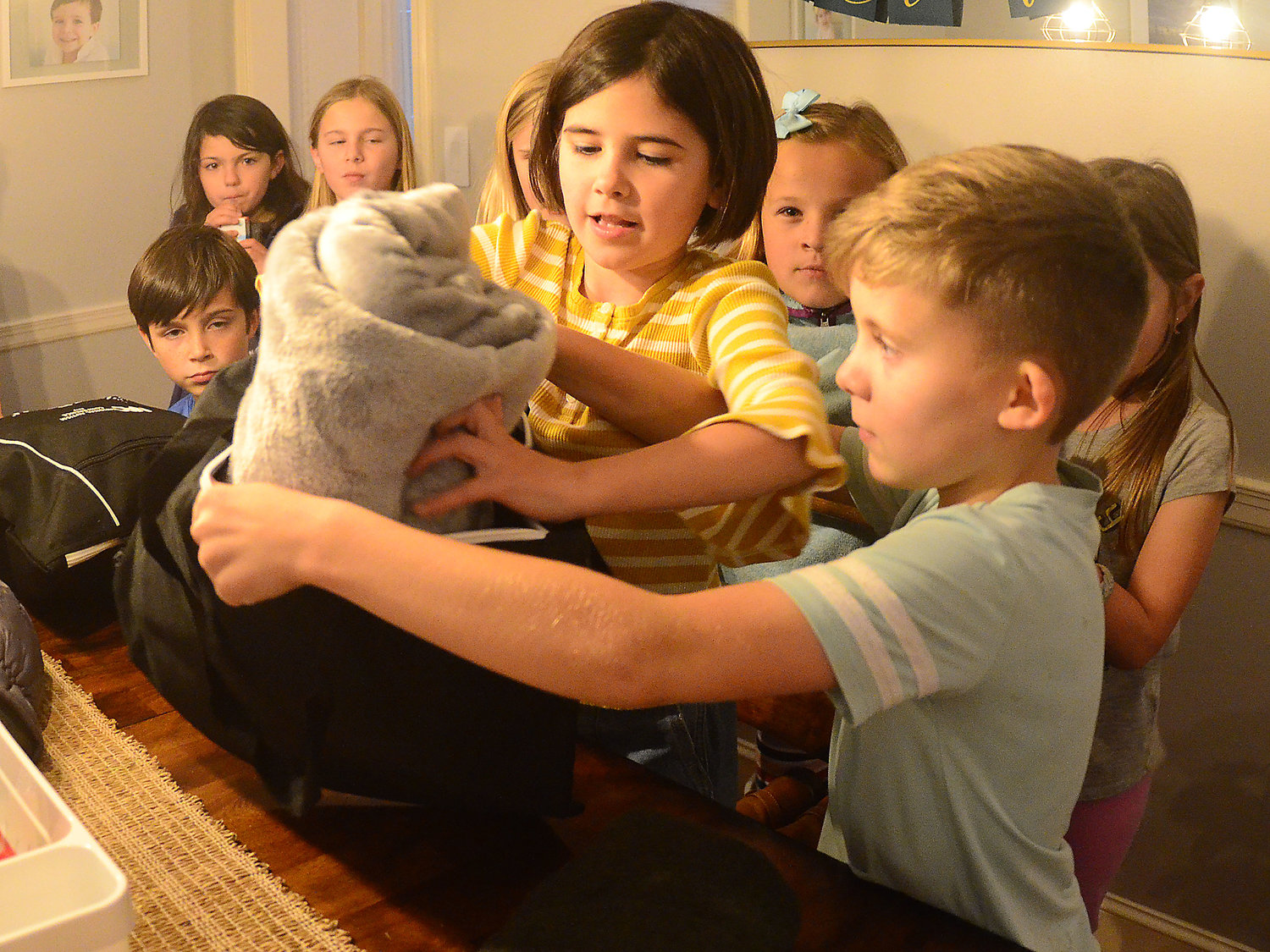 Local children place a warm blanket into a care pack that will be distributed to a homeless veteran.
Photo by Richard W. Dionne Jr.
Previous Next
Posted Tuesday, November 12, 2019 1:12 pm
By Josh Bickford

That was the case at Tinsley Kampmier-Williamson's home late last month, when more than a dozen Barrington children helped assemble care packages that will be distributed to homeless veterans at the VA Hospital's homeless clinic.

Up until last month, Mrs. Kampmier-Williamson and her family were handling the full workload — they would collect the items, fill the packs, and later deliver them to people in need.

But last month, Mrs. Kampmier-Williamson organized a larger care pack assembly event, inviting a group of Barrington residents and their children to her home to assembly about 40 care packs.

"It was amazing. These kids were amazing," said Mrs. Kampmier-Williamson, just minutes after the final pack was assembled.

Mrs. Kampmier-Williamson set up three stations inside her home — at one station, children removed tags and labels from items; at another, the kids organized the contents; and at the third station, boys and girls packed all the items into cinch sacks. Children also wrote out messages of encouragement and support that went into the packs.

The volunteer turn-out exceeded Mrs. Kampmier-Williamson's expectations, and it also resulted in an accelerated production line. A care pack assembly project that should have taken about two hours was trimmed in half. When the children were finished filling the packs, they headed outside to play. Later, they shared a pizza dinner.

Mrs. Kampmier-Williamson said she was very happy with the "kid's assembly event," and especially pleased with the outcome: Being able to help 40 homeless veterans in Rhode Island.

"I really do struggle with the fact that we have homeless vets," she said, adding that these are men and women who have sacrificed to protect Americans' rights and freedoms.

Mrs. Kampmier-Williamson said she has always tried to help others, and realizes that it also important for her children and others from Barrington to understand that there are people in need just a short drive from this town.

Many of the children at the care pack event knew exactly who the packages were for. The 7-, 8- and 9-year-old boys and girls told stories about the times they had seen homeless people, and how they hoped the items from the care packs would help.