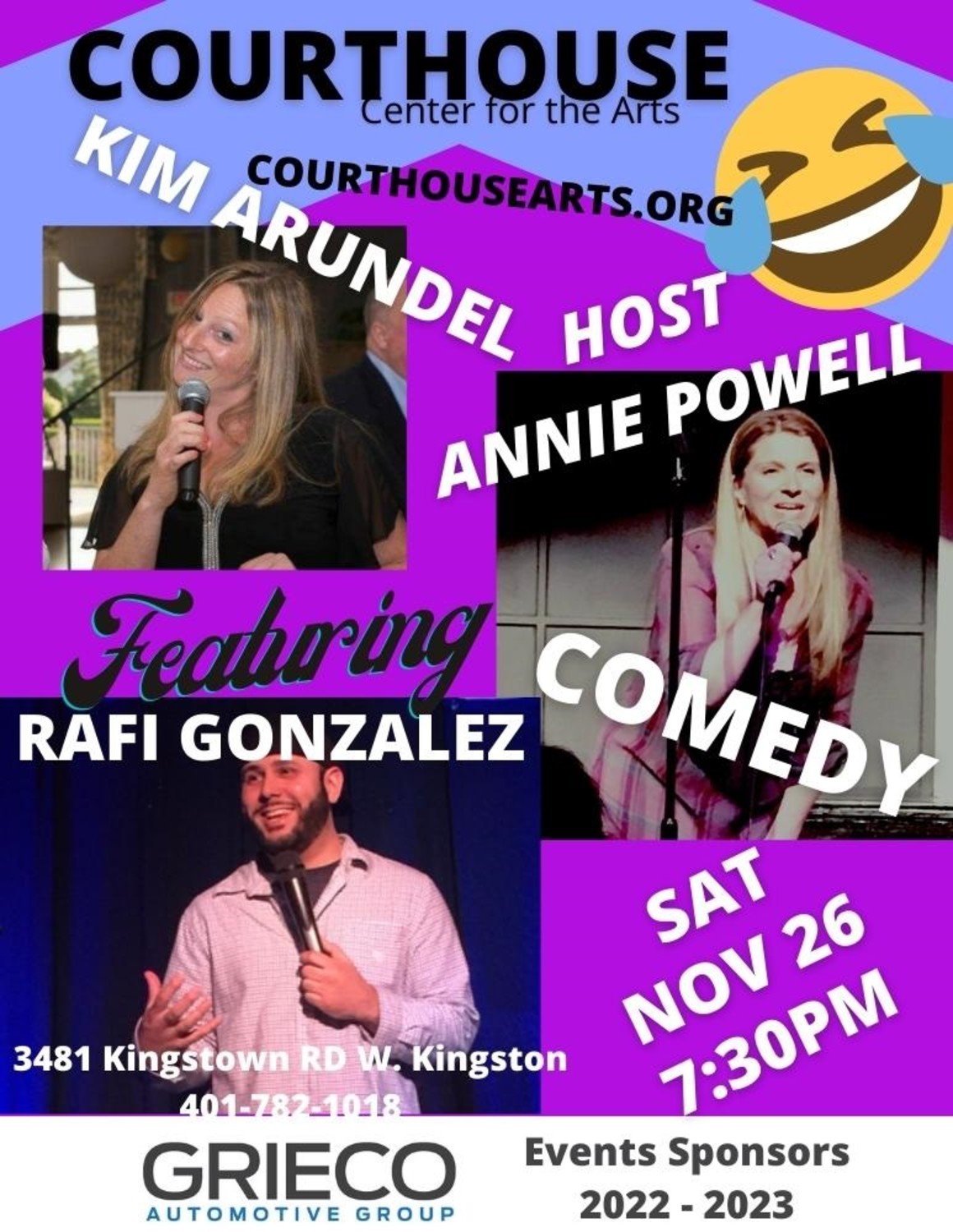 Our Local Gal Kim Arundel is at it again. A new skit of her hilarious take on life, the holidays and more. Performing with the Fabulous Annie Powell as Host. Hosted by the Hilarious Annie Powell from Matunuck Rhode Island... This Comedy show is full of fun and crazytwisted outlook on life during the holidays.

Kim Arundel From Wakefield Rhode Island with Featuring Rafi Gonzalez. You will cry laughing. Rafi is a stand-up comedian from Puerto Rico known for his conversational style and material that centers around his experiences with American culture. Originally finding success as the lead singer of a nationally touring rock band, Gonzalez switched gears in 2015 and exploded onto the New England and Boston comedy scenes. There has been no looking back since. Don't miss the way these 3 look at life