Margaret R. “Maggy” Haggerty, 74, of Riverside passed away on Tuesday, November 2, 2021 at Newport Hospital.Born in Wakefield, she was a daughter of the late Walter B. and Catherine T. … 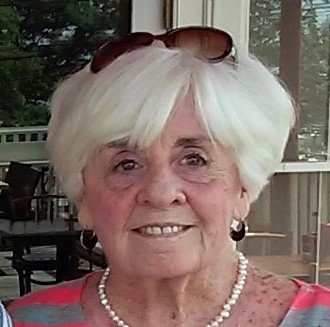 Margaret R. “Maggy” Haggerty, 74, of Riverside passed away on Tuesday, November 2, 2021 at Newport Hospital.
Born in Wakefield, she was a daughter of the late Walter B. and Catherine T. (Cauley) Haggerty.

Maggy grew up in Matunuck and has been a resident of Riverside for over 40 years. Maggy was a registered nurse and worked as a staff nurse at the Veterans Administration Hospital and Miriam Hospital. She also taught for 40 years at the University of Rhode Island School of Nursing, where her students called her “The Neon Professor” because of her fondness for bright neon colors.

Maggy was well educated and earned three academic degrees; her BS, RN and MSN degrees. She also served 20 years in the Army reserve retiring as Lieutenant Colonel.
Maggy enjoyed traveling, spending time with her friends, sailing and the many cats that she had over the years.

She is survived by her sister, Lynne M. Haggerty of Bristol.
A celebration of life for Maggy will be held in the summer of 2022. As an expression of sympathy, memorial gifts may be made in her name to Hope Hospice or the RISPCA.