More than 350 years after his death, Wampanoags to re-bury leader at Warren burying ground

A century and a half after his bones were pulled from the sandy gravel of today’s Burr’s Hill Park, the remains of Wampanoag Massasoit 8sâmeeqan, the native leader who signed the …

More than 350 years after his death, Wampanoags to re-bury leader at Warren burying ground 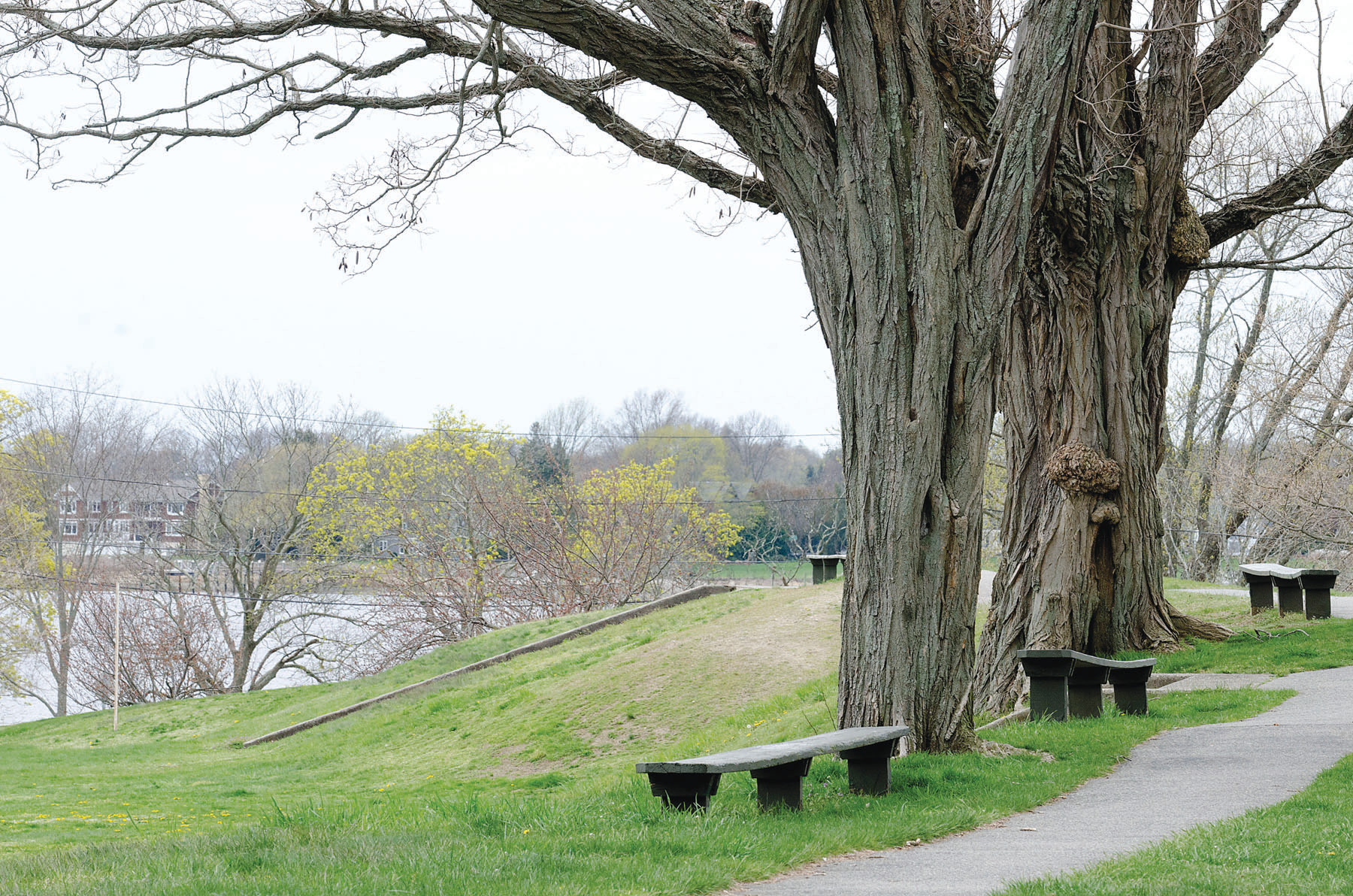 Now a public park, Burr's Hill was a major burying ground for the Wampanoags during the 17th cenury.
Richard W. Dionne Jr. 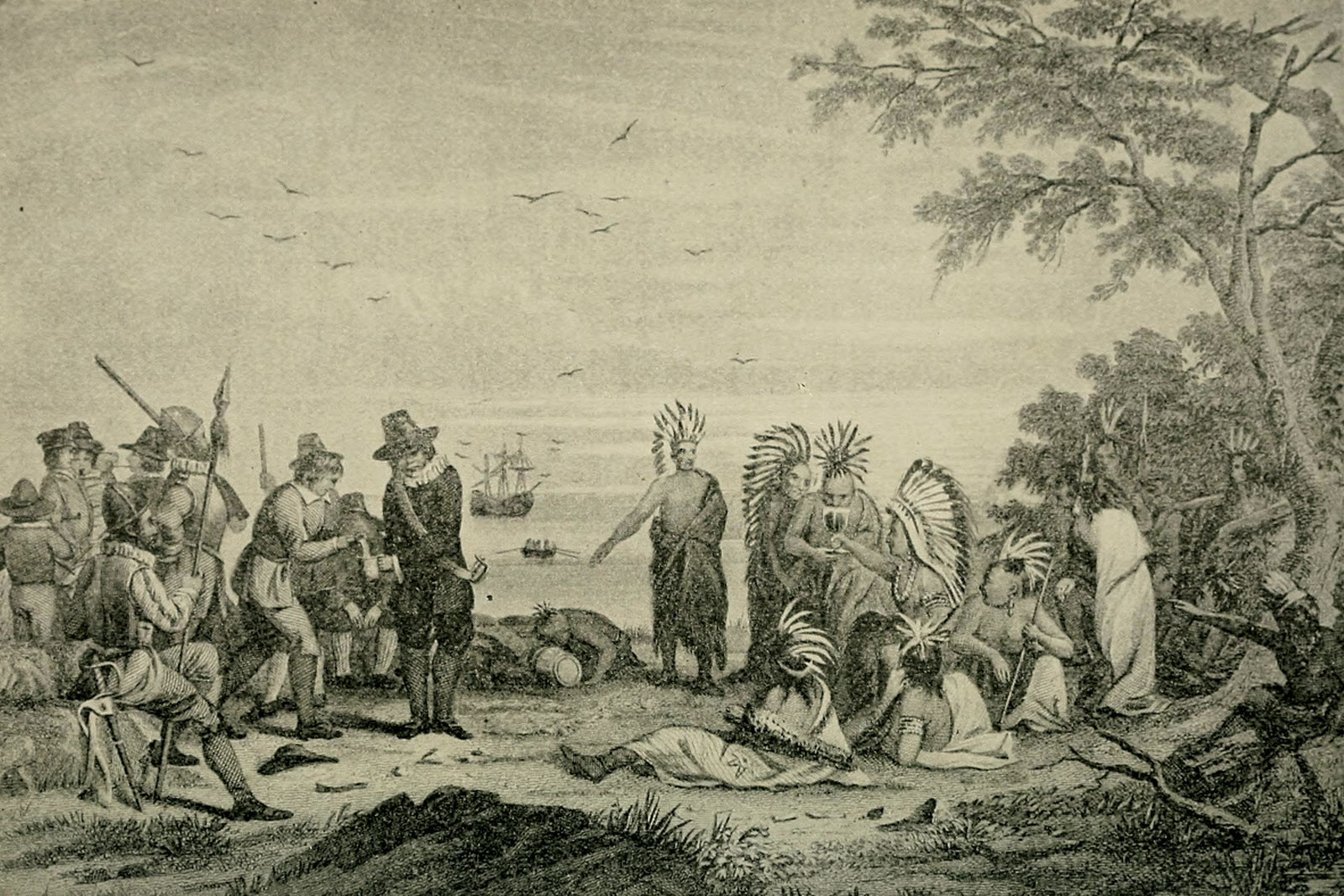 Massasoit meets with the Wampanoags in this etching from the 1906 book, "Lives of Famous Indian Chiefs" by Norman Wood. 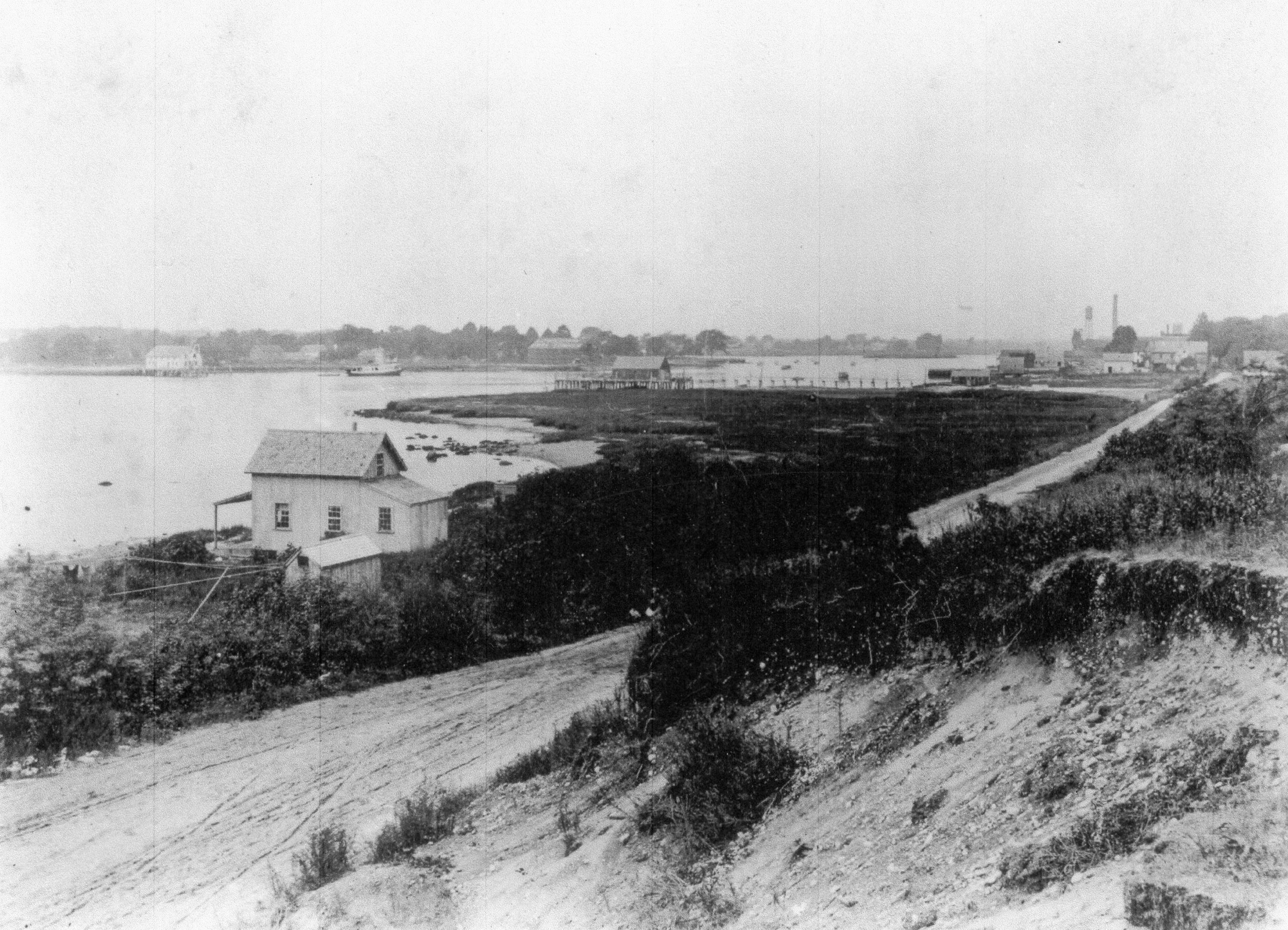 This late 19th century photo shows how large Burr's Hill once was, before it was graded for a public park.
Courtesy Julie Blount. 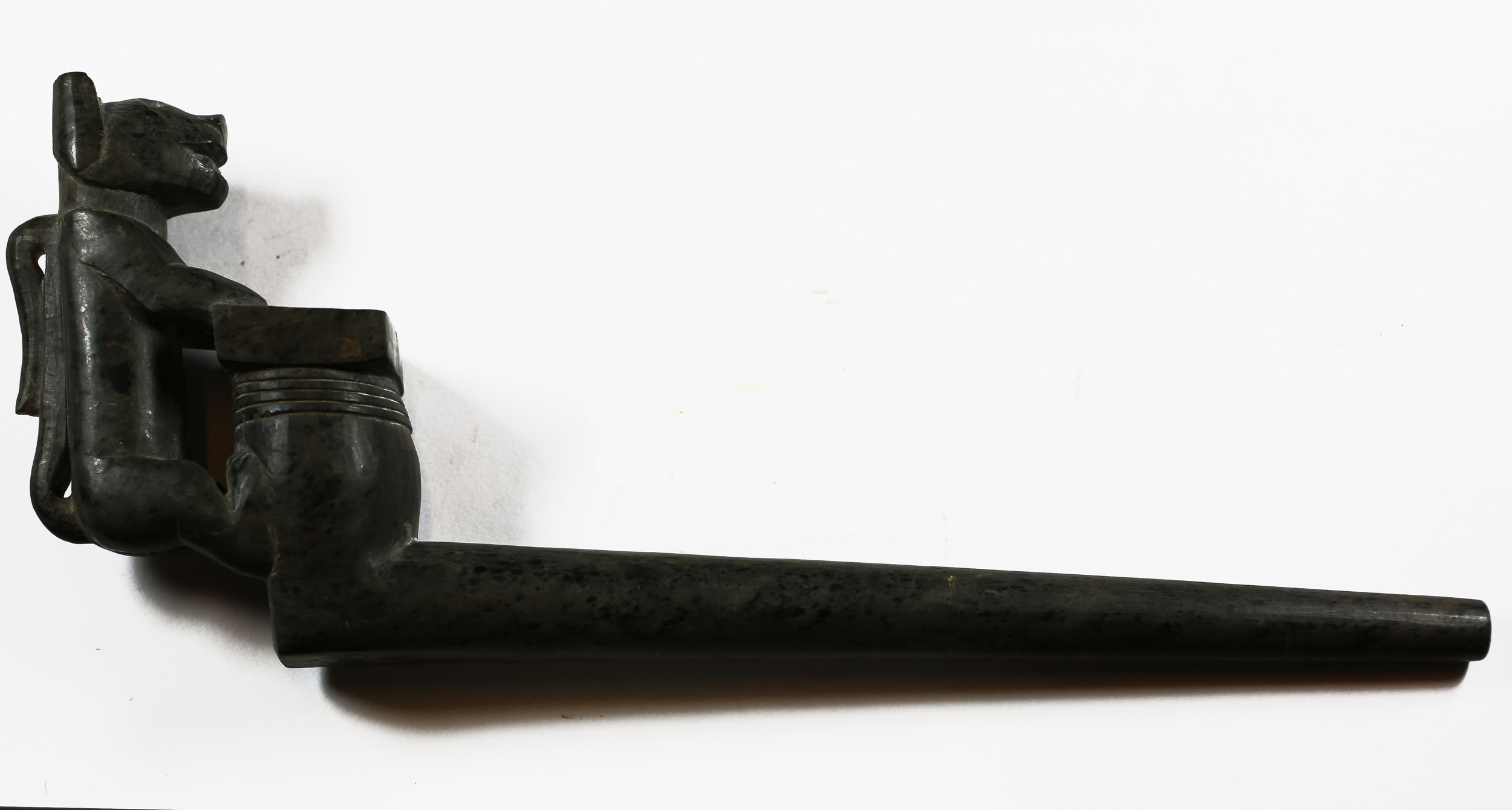 Detail of Massasoit's pipe, which will be repatriated.
Courtesy Wampanoags 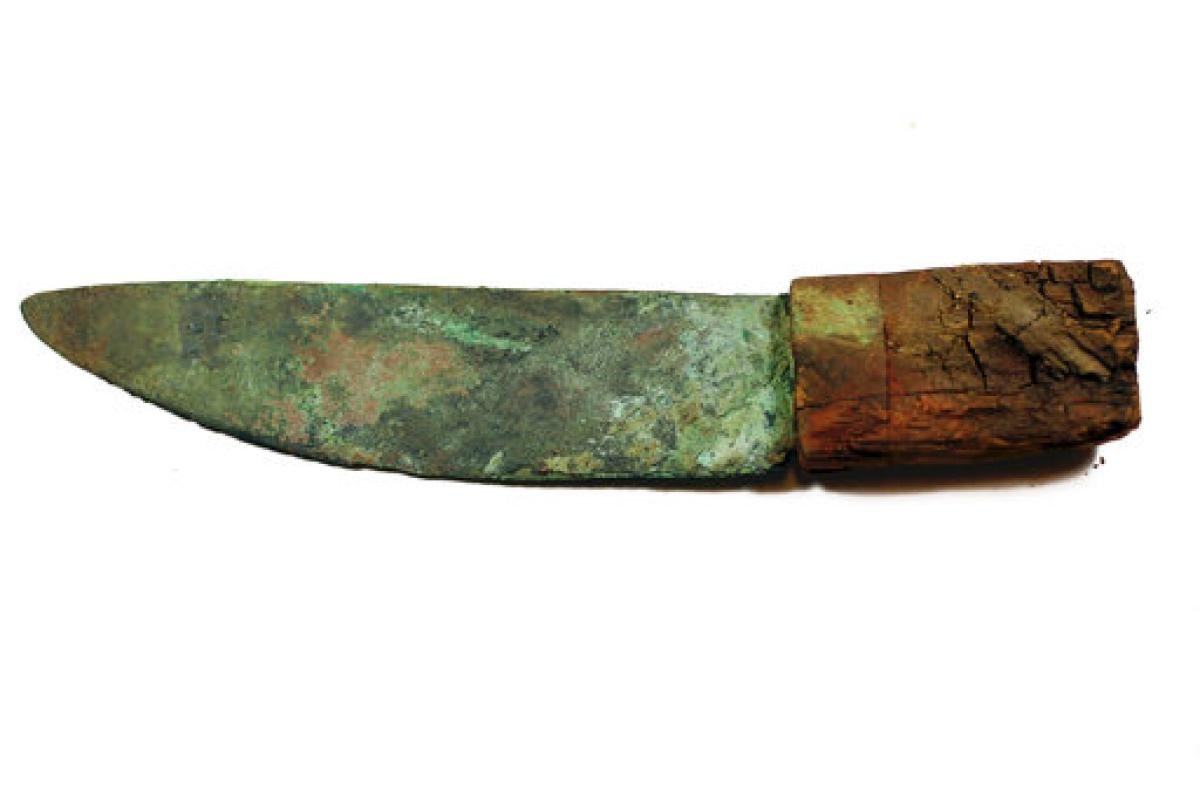 Detail of Massasoit's knife, which will be repatriated.
Courtesy Wampanoags 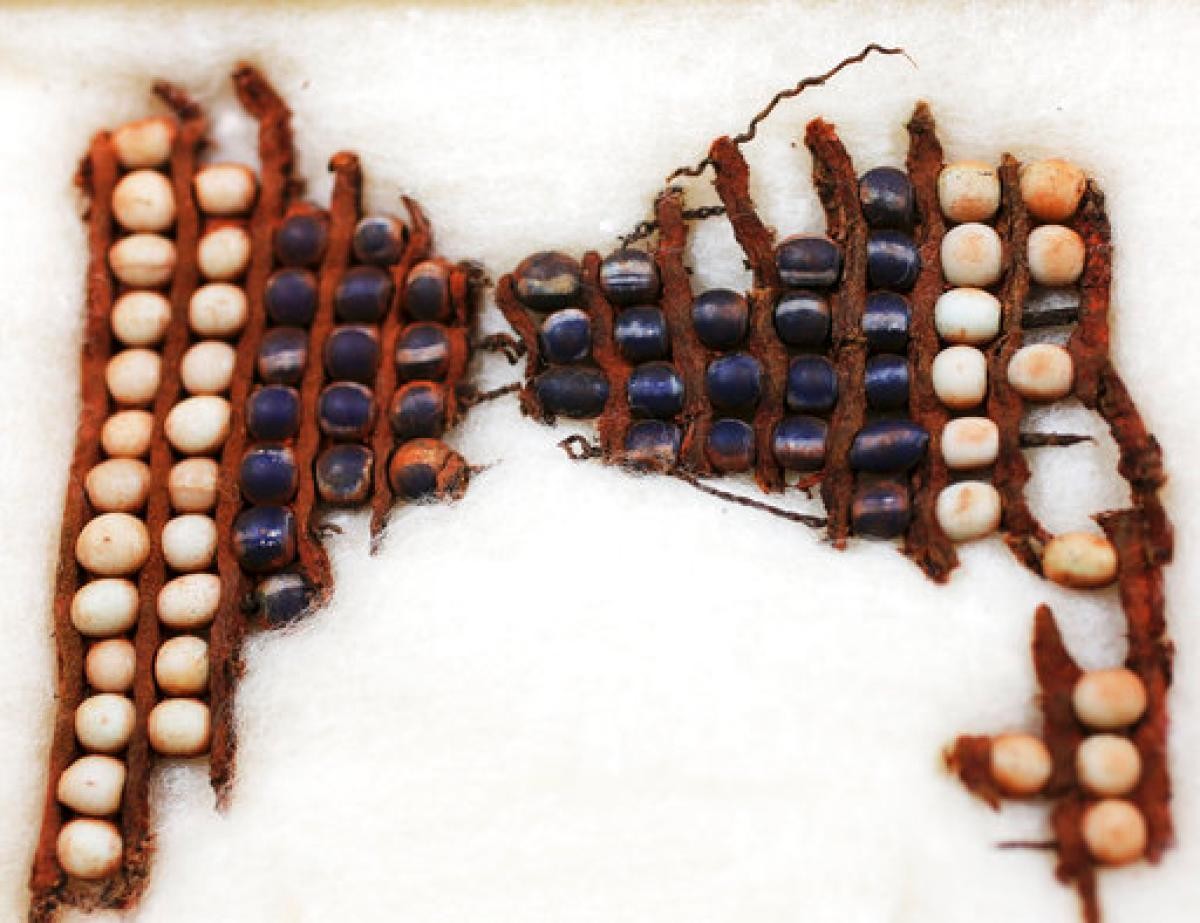 Massasoit's beads, which will be repatriated.
Courtesy Wampanoags
Previous Next
Posted Wednesday, April 26, 2017 8:27 am
By Ted Hayes

A century and a half after his bones were pulled from the sandy gravel of today’s Burr’s Hill Park, the remains of Wampanoag Massasoit 8sâmeeqan, the native leader who signed the first treaty with the pilgrims in 1621 and sought to live in peace with the colonists, will soon return to their original resting place.

A private repatriation ceremony is planned for Saturday, May 13, during which 8sâmeeqan’s remains and more than 600 other objects dug up from the site over a roughly 65-year period will be reinterred. The ceremony marks the culmination of a 20-year effort to track down the thousands of grave objects and remains of 42 native Americans unceremoniously removed from Burr’s Hill from the mid-19th to early 20th century.

For the Wampanoags, the ceremony has been a long, long time coming.
“8sâmeeqan is a significant figure in our shared history,” said Ramona Peters, the coordinator of the Wampanoag Repatriation Confederation.

“He stands at the crossroad between the indigenous people of this land and the origins of what would eventually become the United States of America. In the 17th century, when the Wampanoag first encountered the early settlers, 8sâmeeqan had a vision of how we could all live together.”

The peace Massasoit worked to foster between the colonists and his people lasted 50 years, but King Philip’s War, a fight between expansionist English colonists and Metacom, Massasoit’s son, followed 10 years after his death in 1665. The Wampanoags never again regained the freedom and dominion they once had.

Ms. Peters is a citizen of the Mashpee Wampanoag Tribe, one of two federally-acknowledged tribes which trace their roots to the confederation of Wampanoag tribes that stretched from Boston’s north shore and across southeastern Massachusetts to Narragansett Bay.

Since the 1990s, she has helped lead the effort to reclaim objects and remains taken from the burying ground, using the Native American Graves Protection and Repatriation Act (NAGPRA), a 1990 law that requires institutions that receive federal funding to return Native American cultural items to descendants and culturally affiliated Indian tribes. The repatriation effort was aided by Edith Andrews of the Wampanoag Tribe of Gay Head, Martha’s Vineyard (Aquinnah), Kenneth Alves of the Assonet Band of Wampanoag, and John Peters Jr. of the Mashpee Wampanoag Tribe.

The work wasn’t easy. Thousands of grave objects were dug up at Burr’s Hill by railway workers, gravel miners, treasure hunters and Charles Carr, an amateur archaeologist and director of the George Hail Library, throughout the second half of the 19th century and early 20th century. Some of them stayed in Warren, but many others were scattered. Those that could be traced were housed for years in the George Hail Library’s Charles Whipple Greene Museum, the Haffenreffer Museum of Anthropology in Bristol, the Museum of the American Indian in New York City and other museums. In all, the Repatriatian Confederation was able to account for grave contents from 42 burials with 658 funerary objects, with cooperation from seven separate museums.

“Some of the museums were really slow” in complying, she said. “NAGPRA law insists that they do but they still took their time. It’s been a long process.”

Today, sculpted and tended Burr’s Hill bears little resemblance to the craggy bluff it once was. A photograph from the late 19th century shows a massive hill stretching down to the beach, with Water Street just a dirt track running north toward the built-up part of town.

Though the site had been a prominent Wampanoag burying ground when the area was still known as Sowams, knowledge of its importance had either been lost or was ignored when the property was purchased some time before 1850 by the Providence, Warren and Bristol Railroad. The railroad quarried Burr’s Hill for gravel to build a railroad, completed in 1851, from Bristol to Providence.

Native remains and funeral objects were found at the site sporadically in the 1850s and throughout the rest of the 19th century. But excavations increased significantly in the Spring of 1913, when the land was once again quarried and remains were uncovered. Warren resident Charles Read Carr, an amateur historian and director of the George Hail Library, took interest and started the first systematic dig of the site that summer.

Mr. Carr kept detailed records of his finds, noting the location and orientation of approximately 40 bodies and untold numbers of artifacts, from European trade goods and bottles to hand-forged tools, knives, utilitarian cookware and other objects of importance that had been included with the burials.

Mr. Carr knew well the significance of the site and hoped to have a marker installed there. But he died in 1918, and one was never completed. The Town of Warren later purchased the site from the railroad, graded it and built a baseball field and public park.

Ninety-nine years after his death, there are again plans afoot to mark the site permanently. A temporary marker placed for the May 13 ceremony will consist of a boulder etched with Massasoit’s pictograph signature. Longer term, Warren town officials and the tribe are discussing a plan to build a larger monument. In addition, Ms. Peters has spoken of the confederation’s hope to have the site registered with the National Register of Historic Places. Through it all, she said Warren officials, both with the library and municipal government, have been overwhelmingly helpful and encouraging of the Repatriation Confederation’s work.

“They’ve been incredibly supportive and very sensitive to the matter,” she said. “We’re so impressed with members of the town staff.”

Marking the site will not only be cathartic for the Wampanoags, but she hopes educational for Warren residents, many of whom don’t know the site’s history.
One rainy weekend in April 2014, Warren played host to a statewide preservation conference and among the many symposiums and talks, one touched on the long history of Burr’s Hill. It was a packed house.

“People in the town were horrified that they have been playing sports all over this burial ground,” Ms. Peters said.