Despite loss, team still in the playoff hunt

Despite loss, team still in the playoff hunt 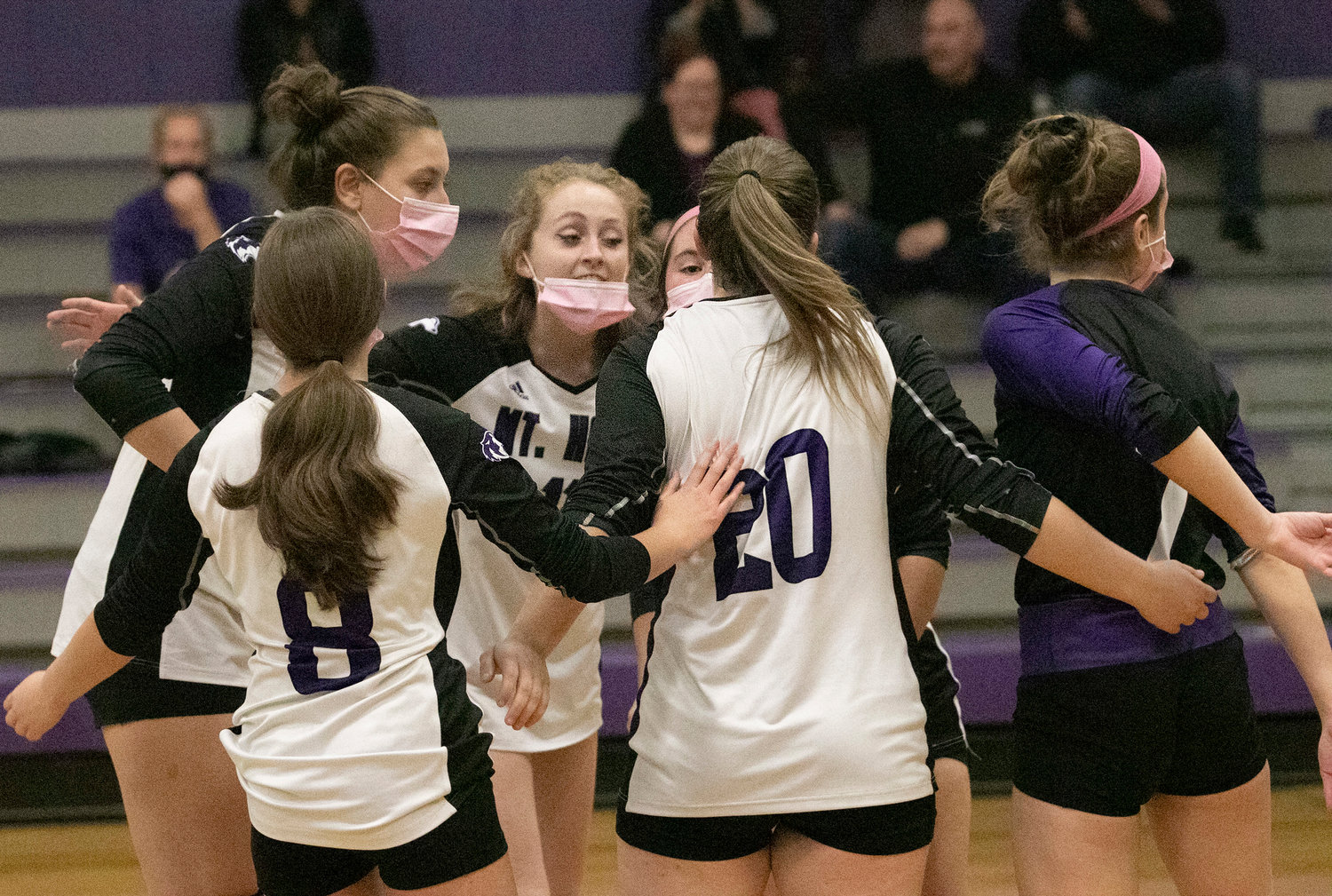 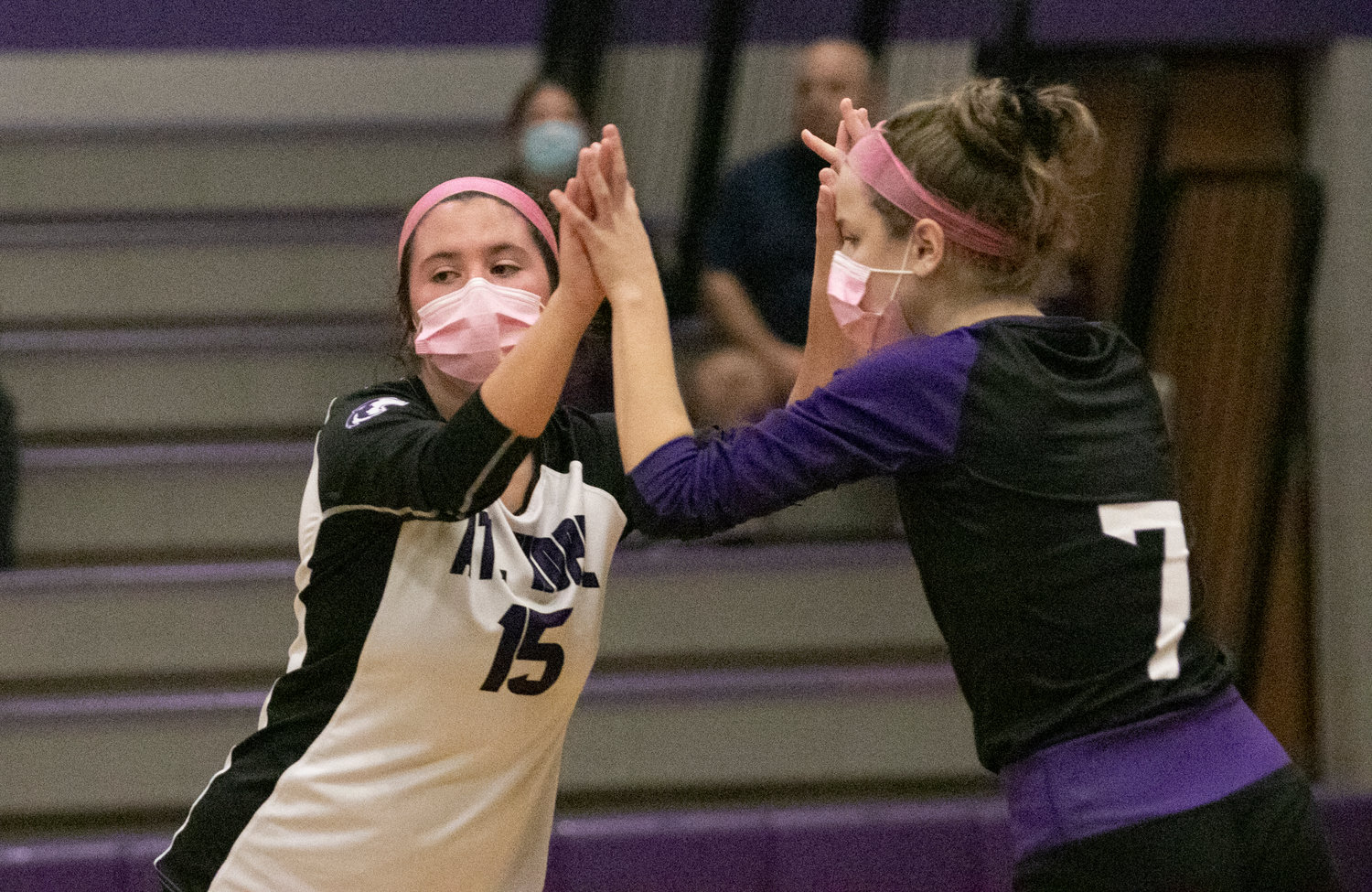 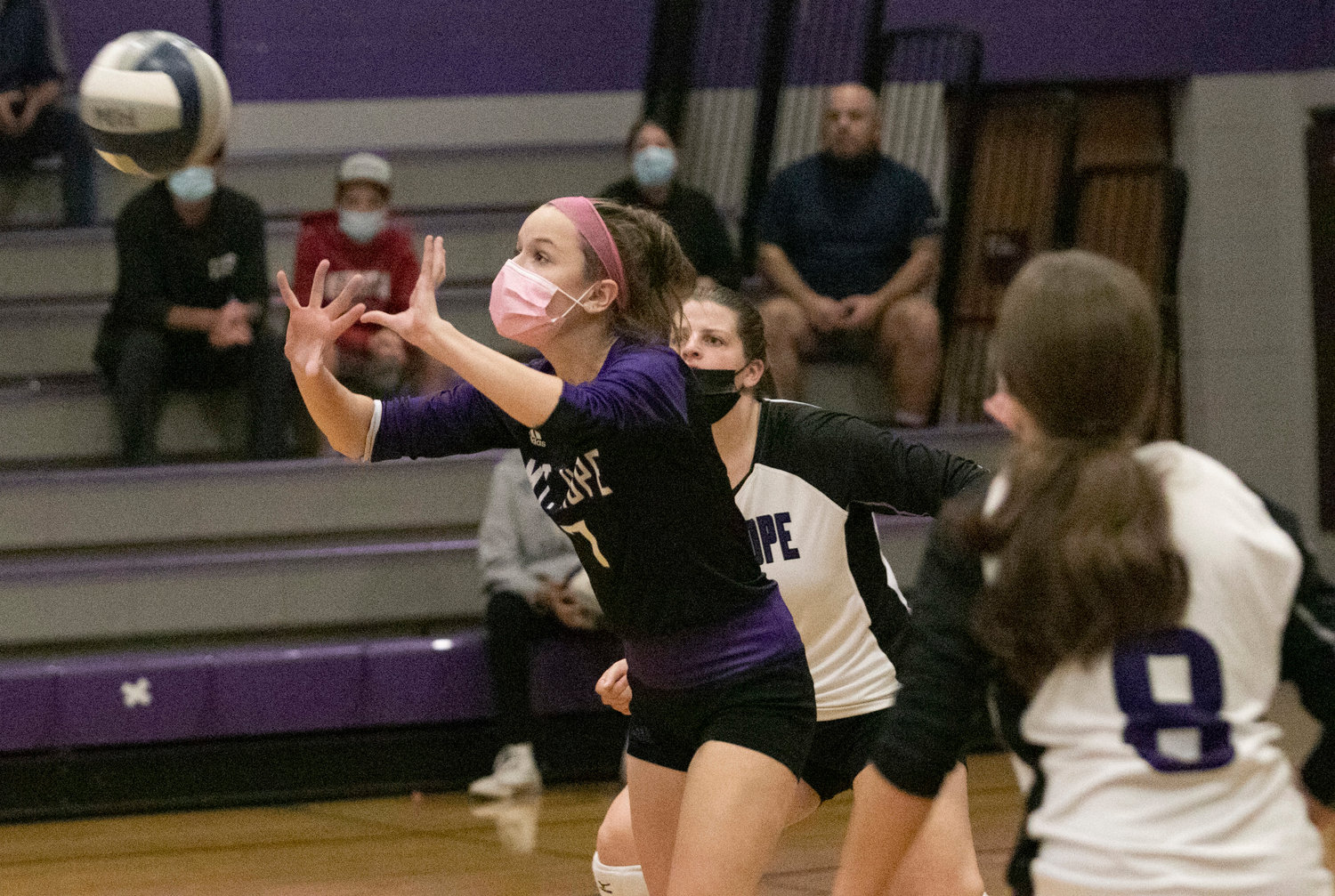 Grace Stephenson and Emma Torres look on as Erika Tally (middle) hits the ball over the net.
Photos by Richard W. Dionne, Jr. 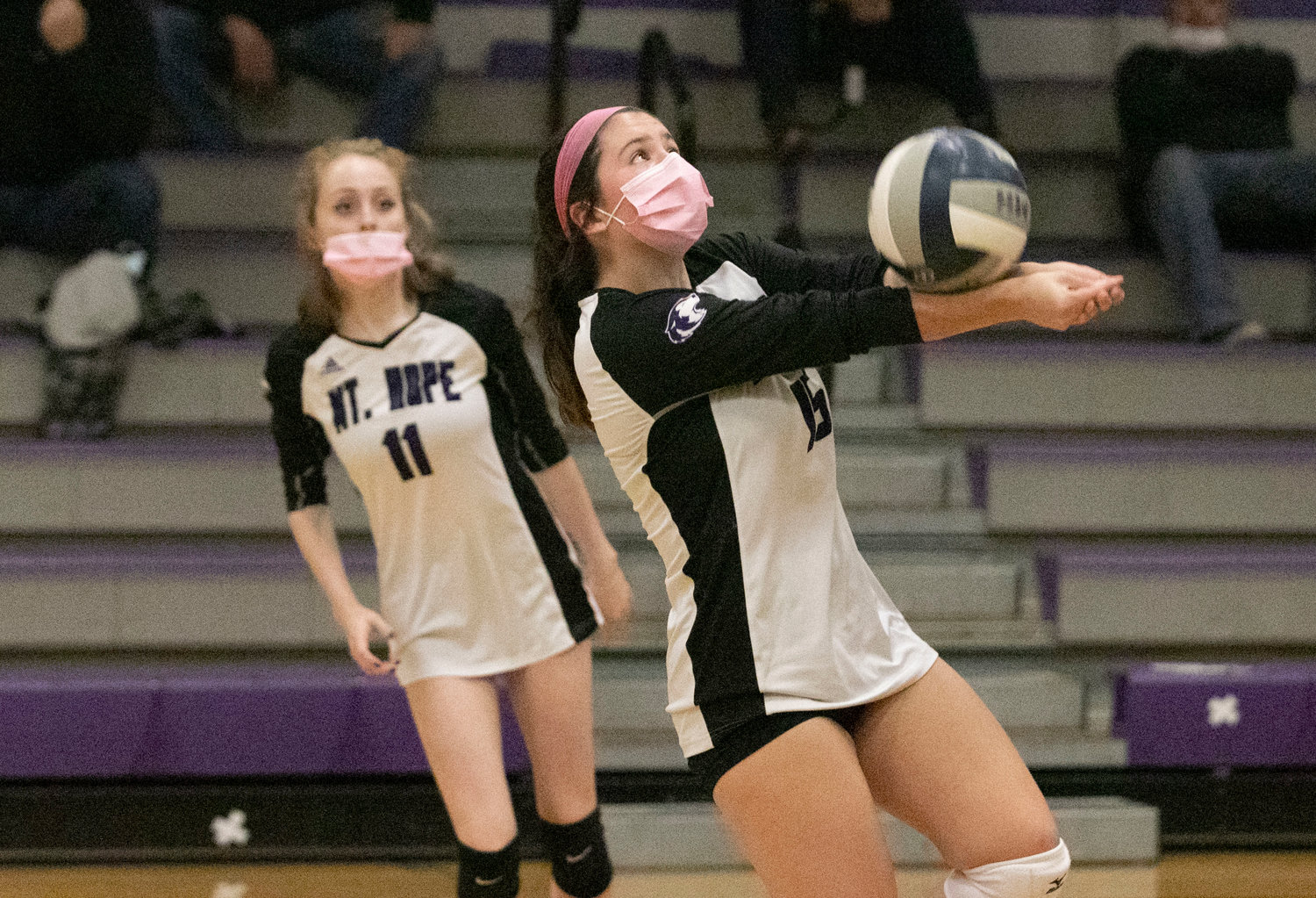 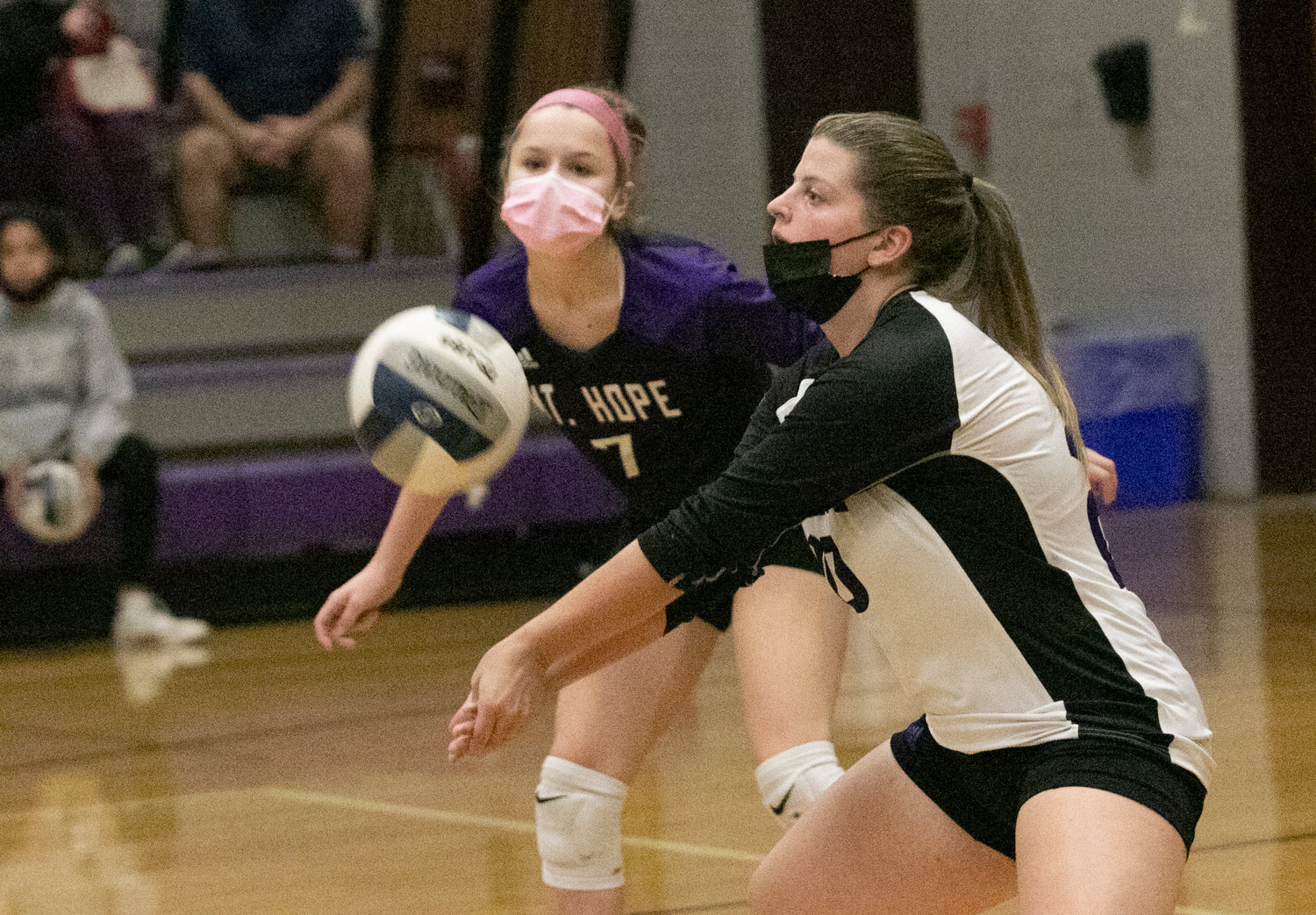 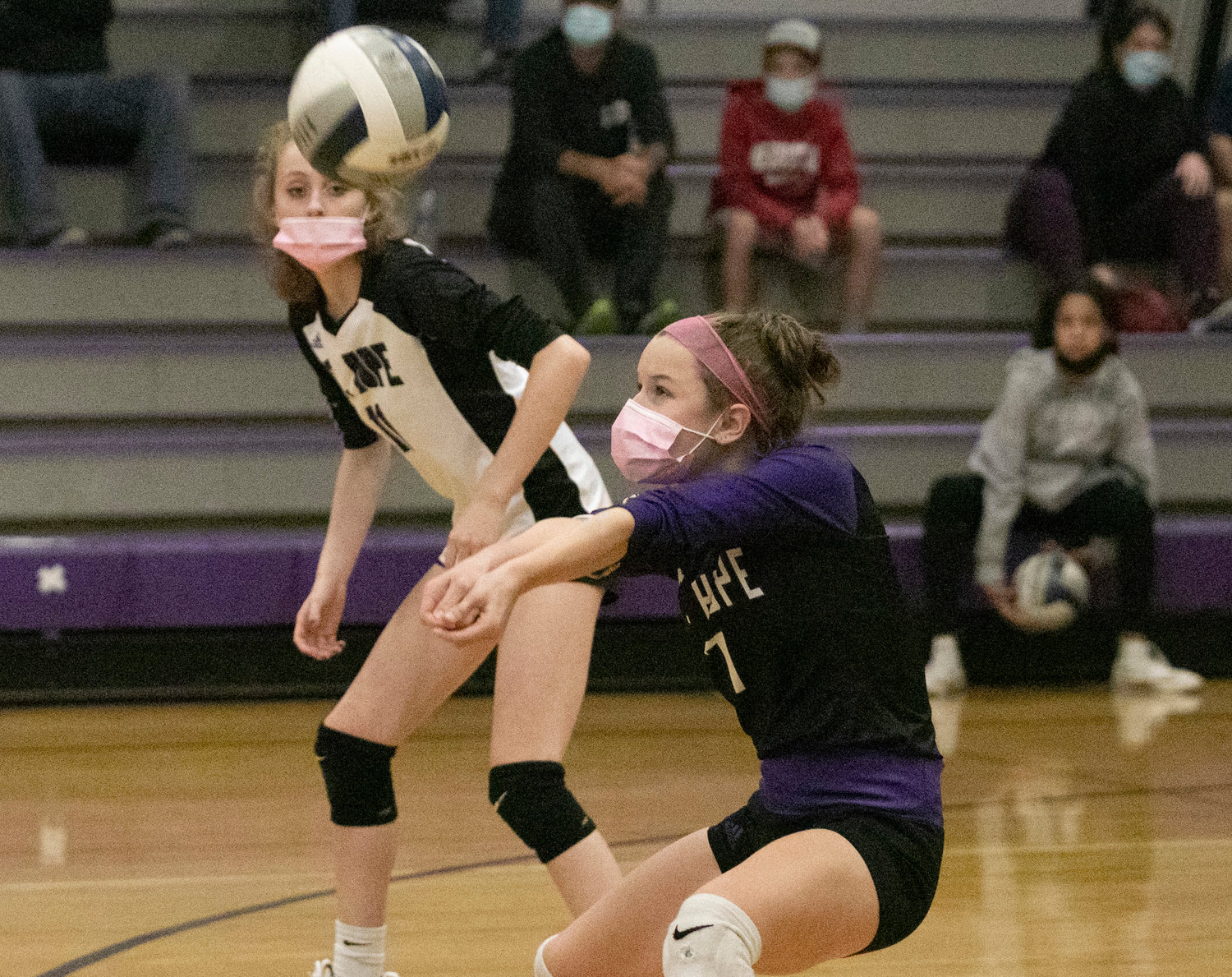 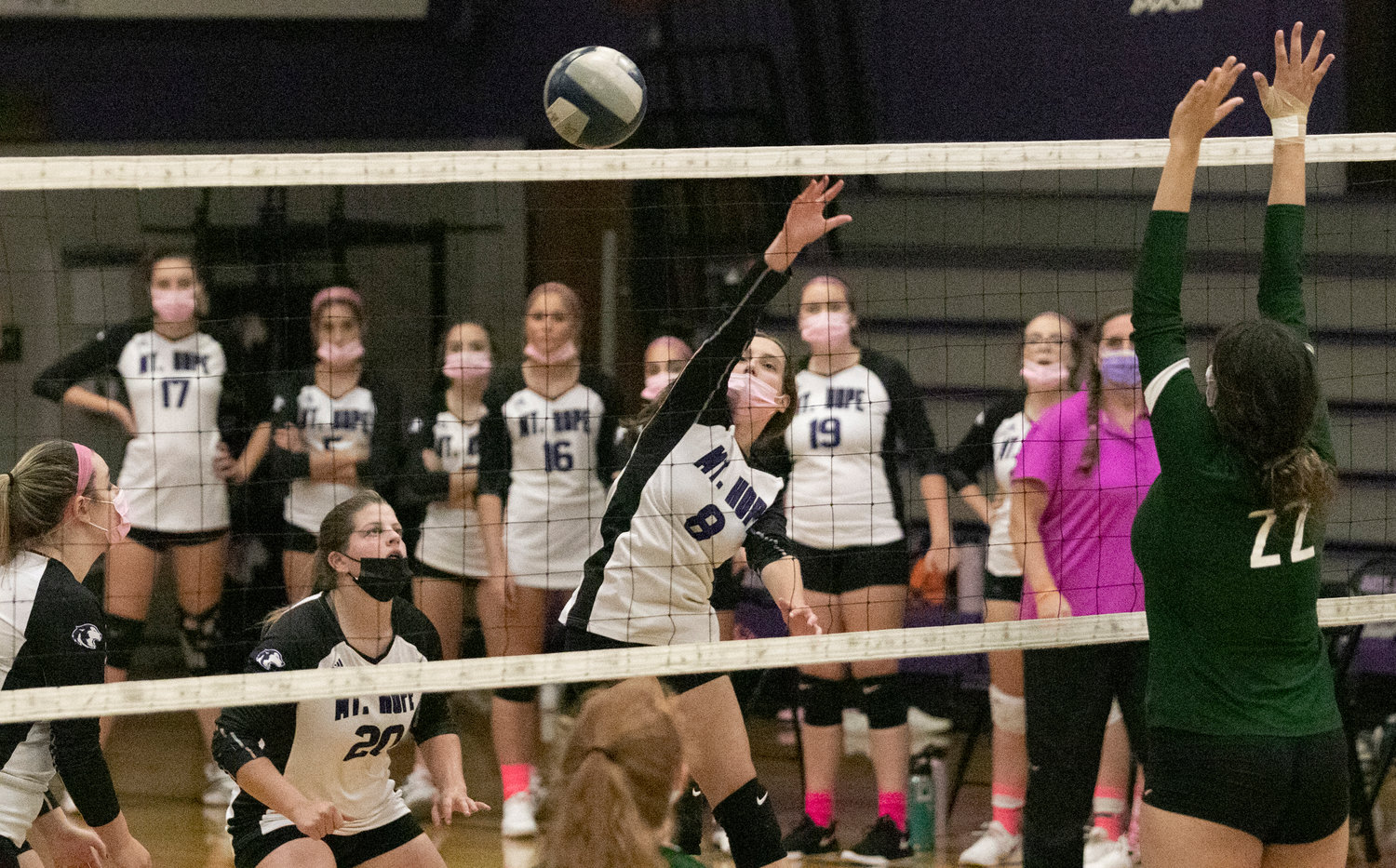 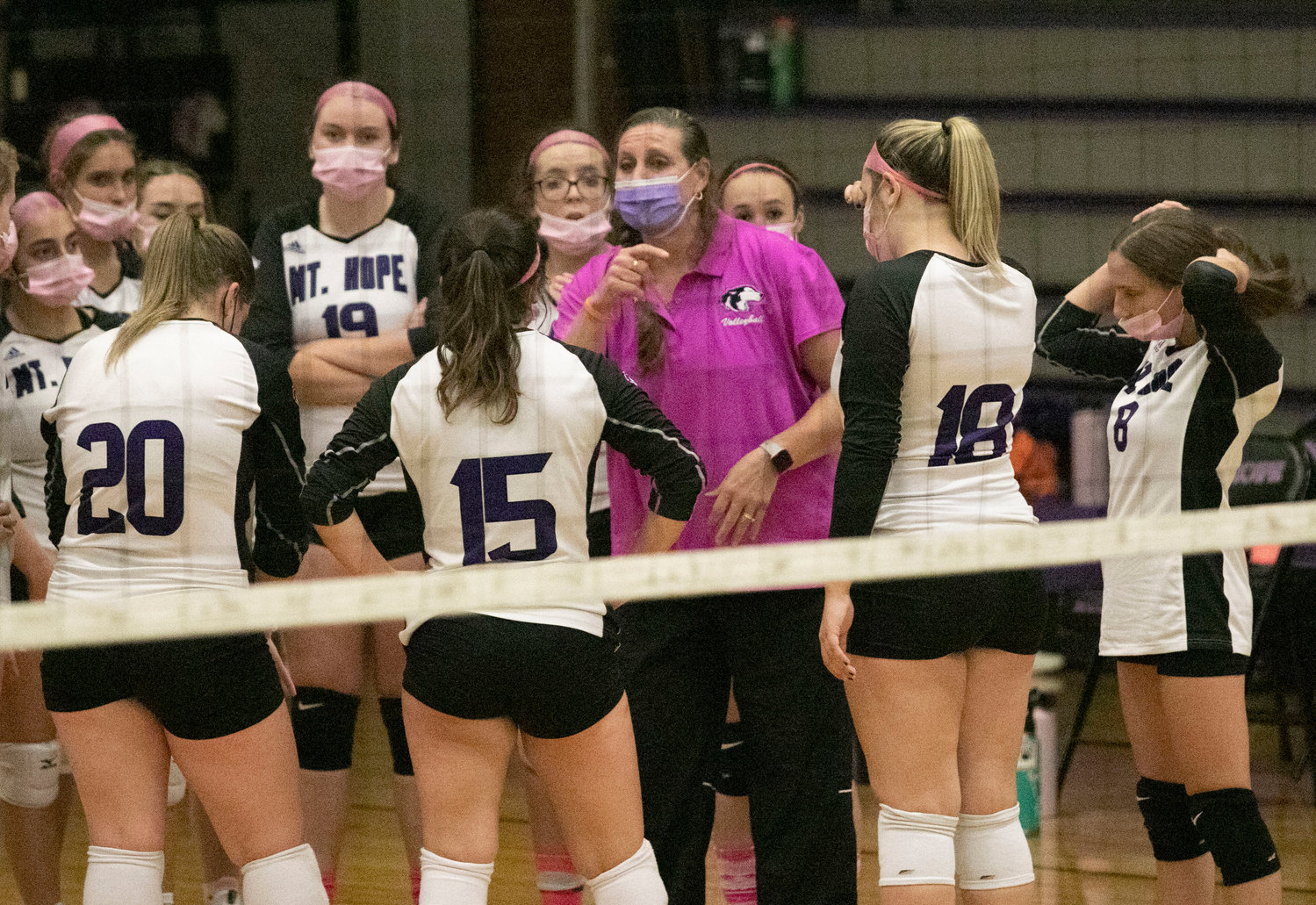 Huskies head coach Lisa Lunney speaks to the team during a time out.
Photos by Richard W. Dionne, Jr. 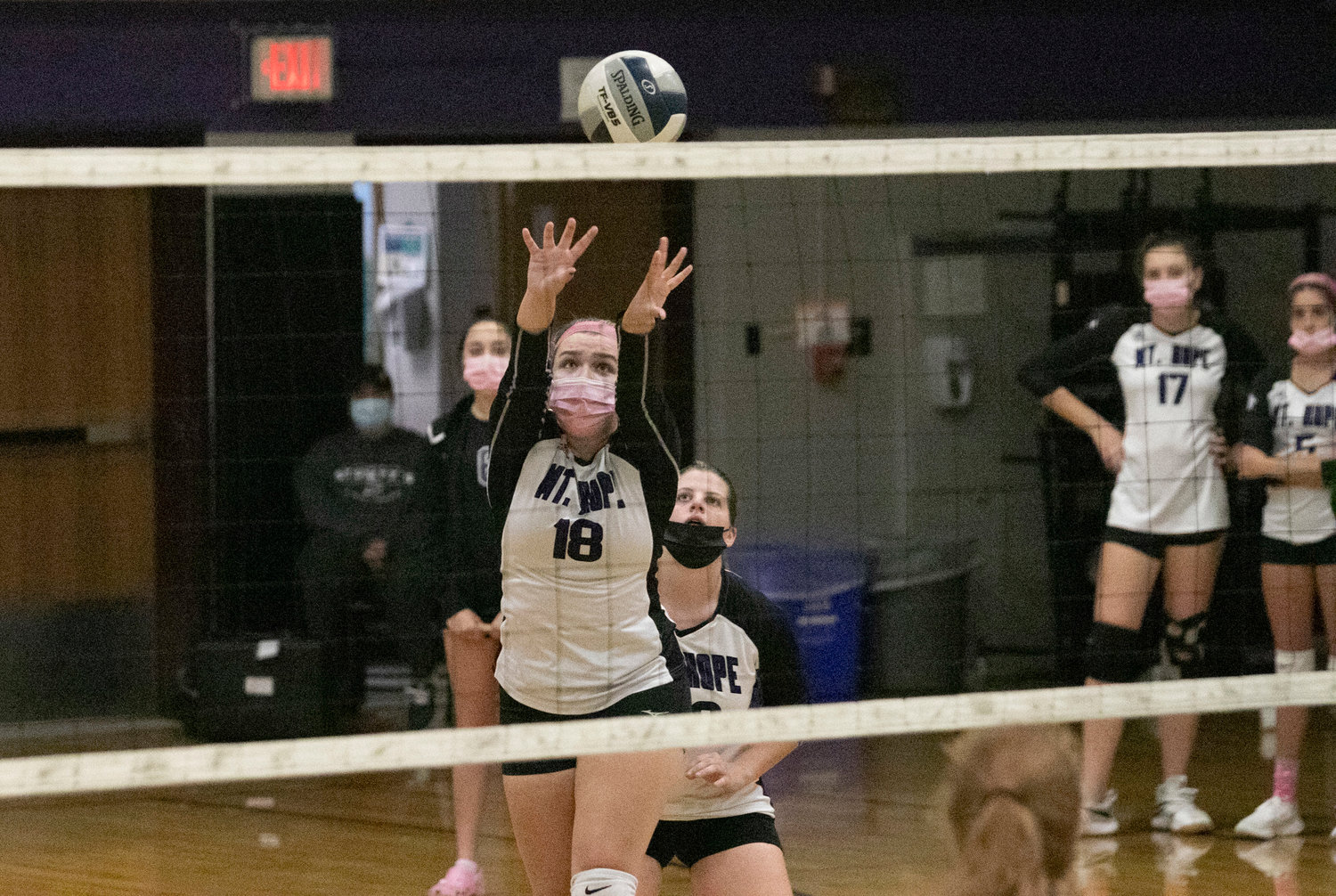 Mia Padula volleys the ball over the net with Grace Stephenson looking on.
Photos by Richard W. Dionne, Jr. 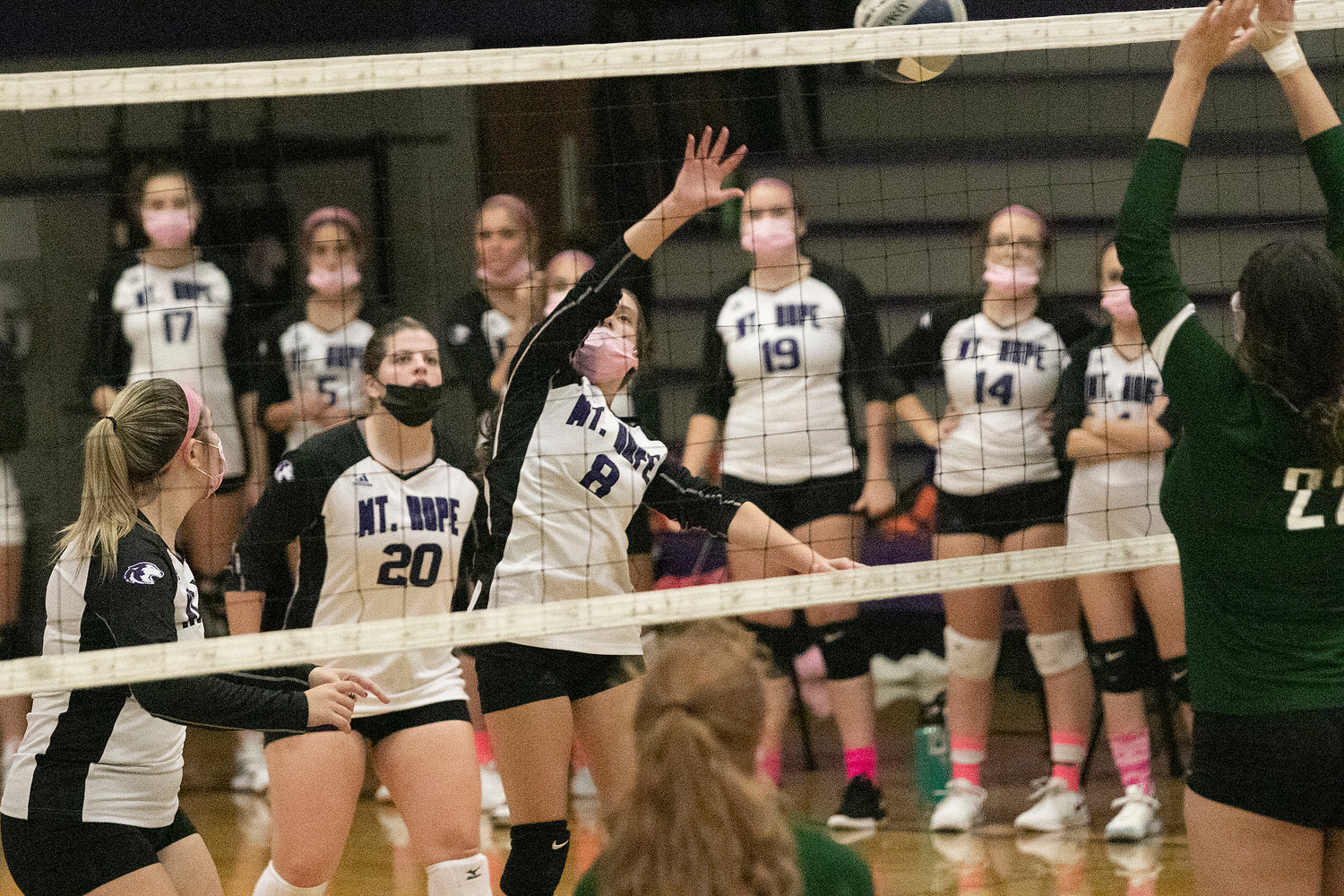 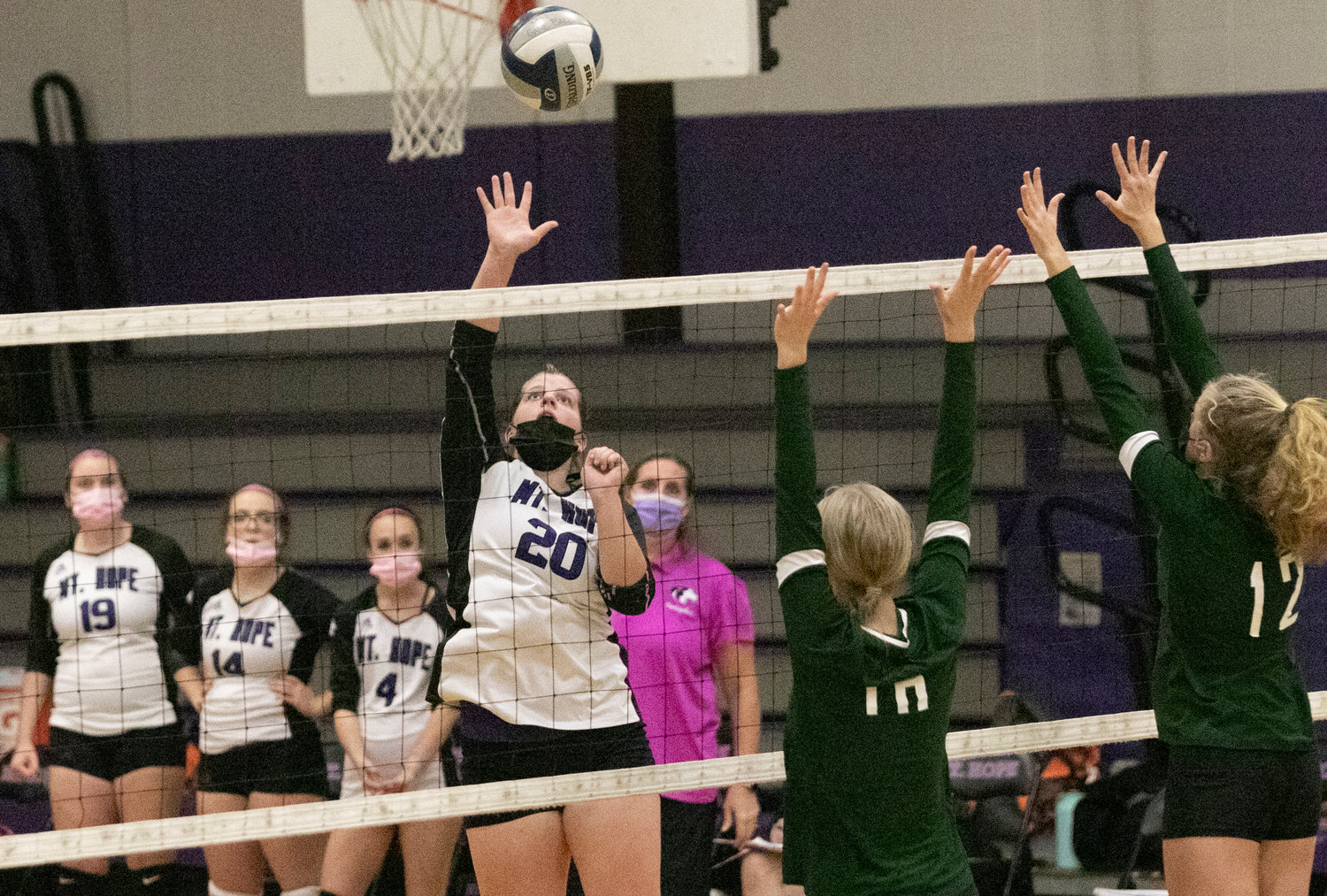 Senior Grace Stephenson slams an Abby Malafronte pass over the net for a Huskies point during a home game against Chariho on Tuesday.
Photos by Richard W. Dionne, Jr. 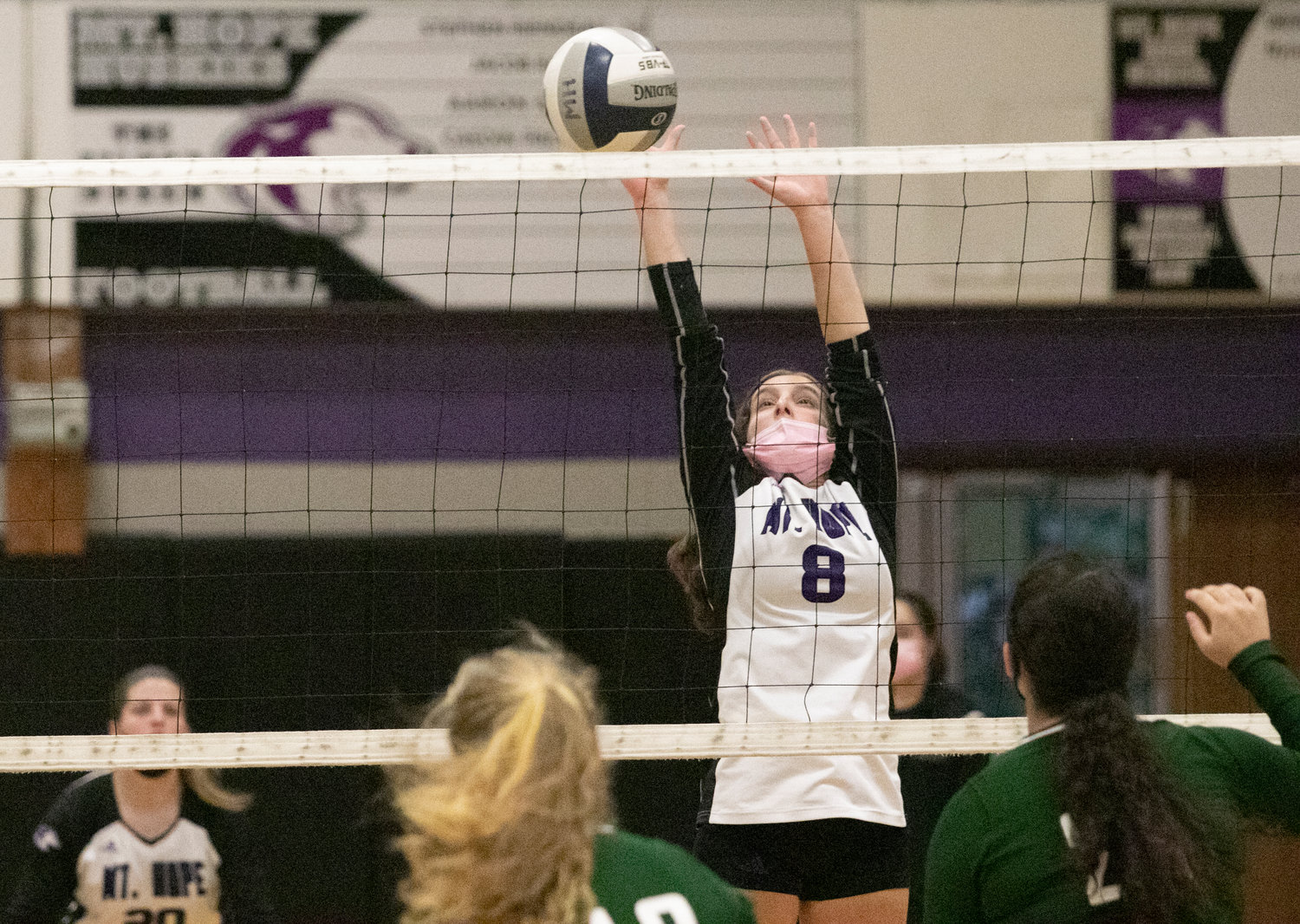 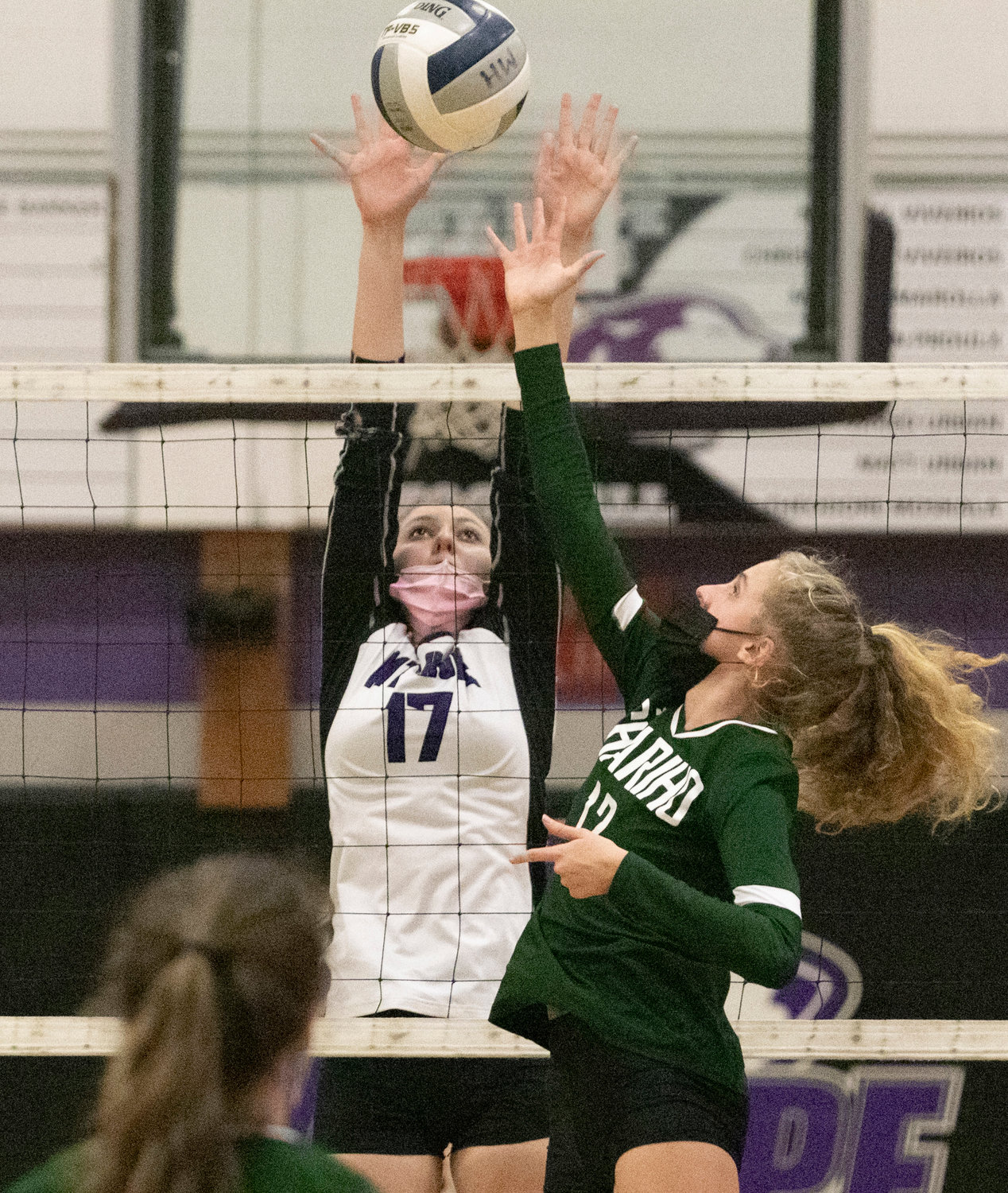 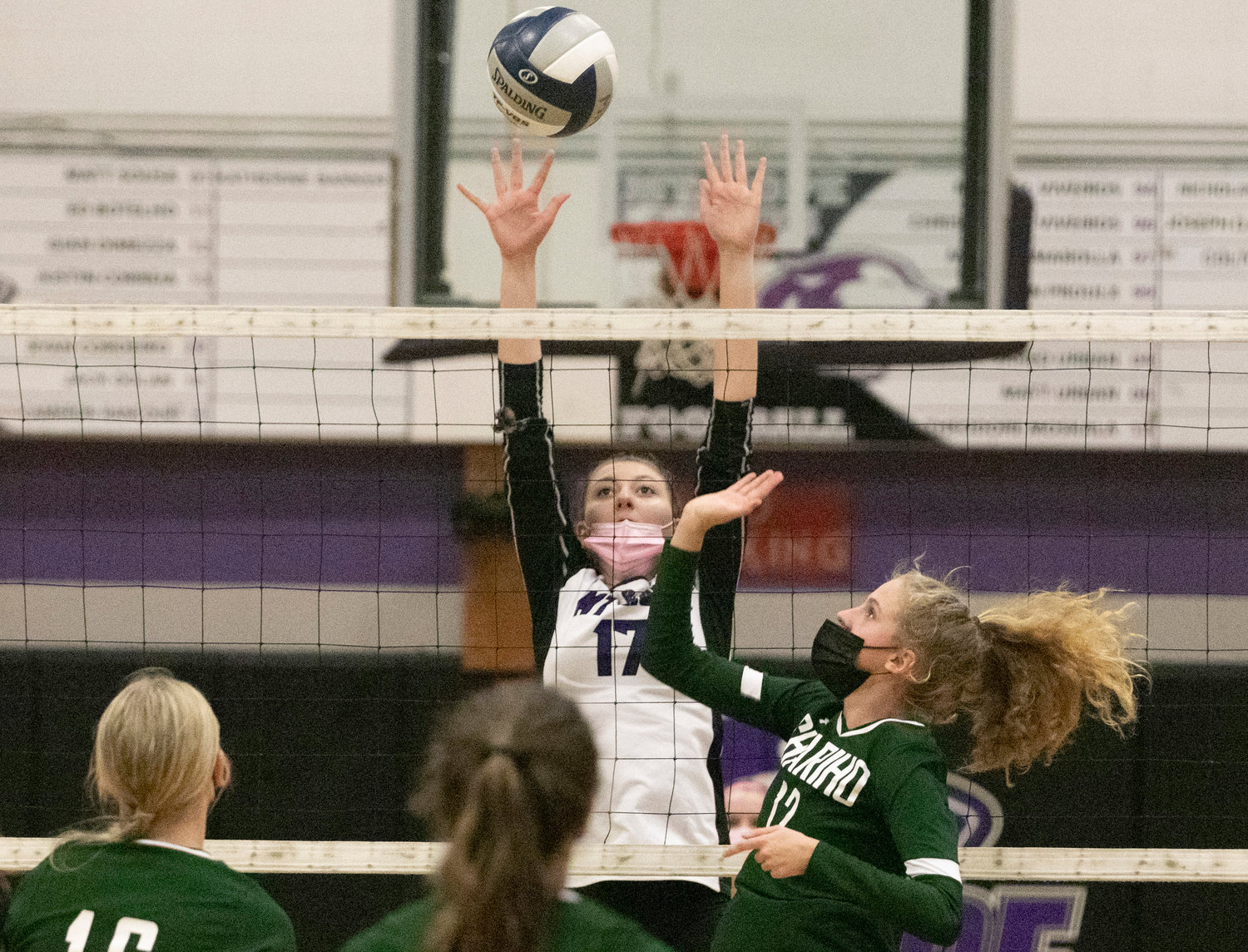 Freshman middle hitter Abby Allen makes a block during a home game against Chariho on Tuesday. 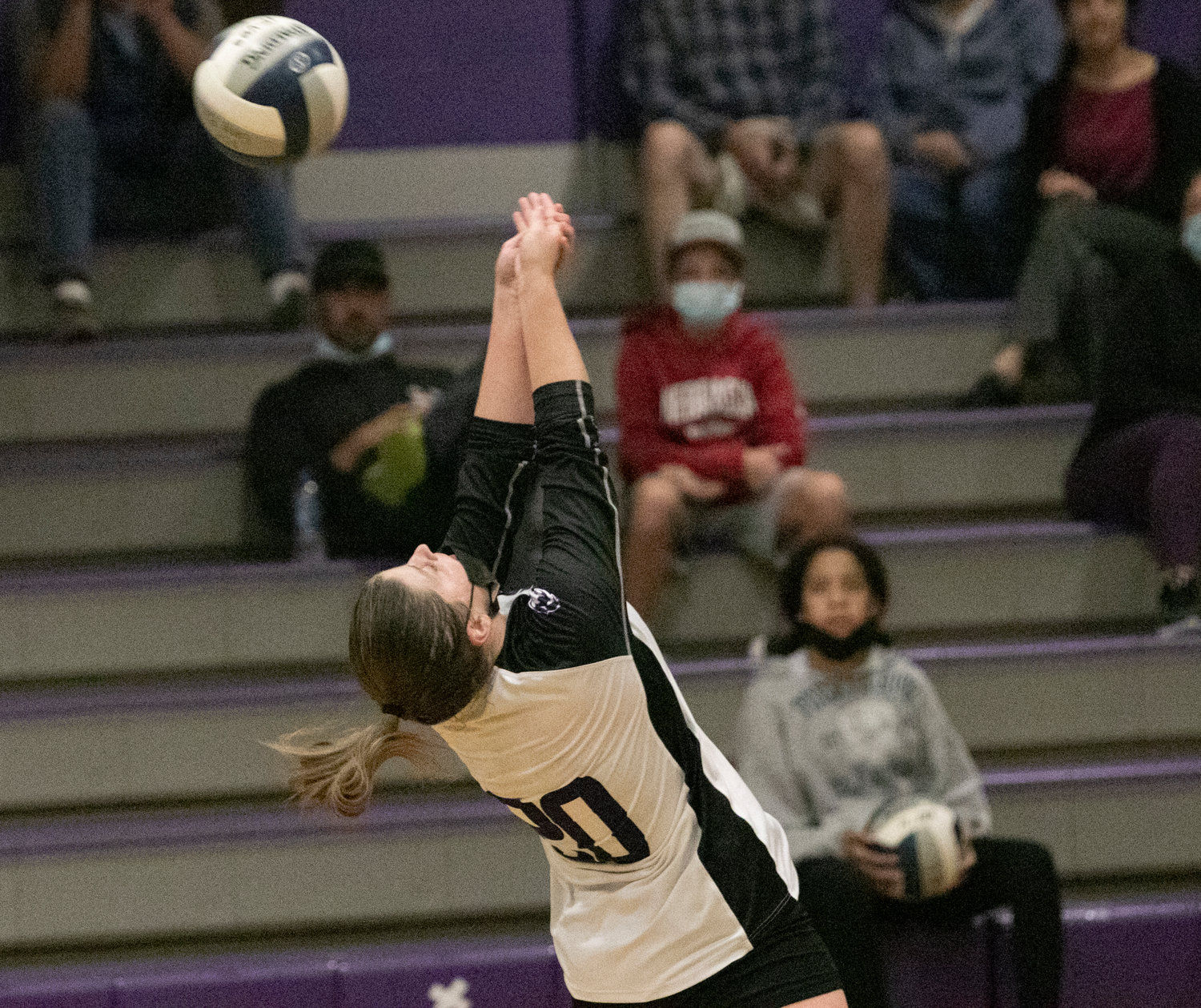 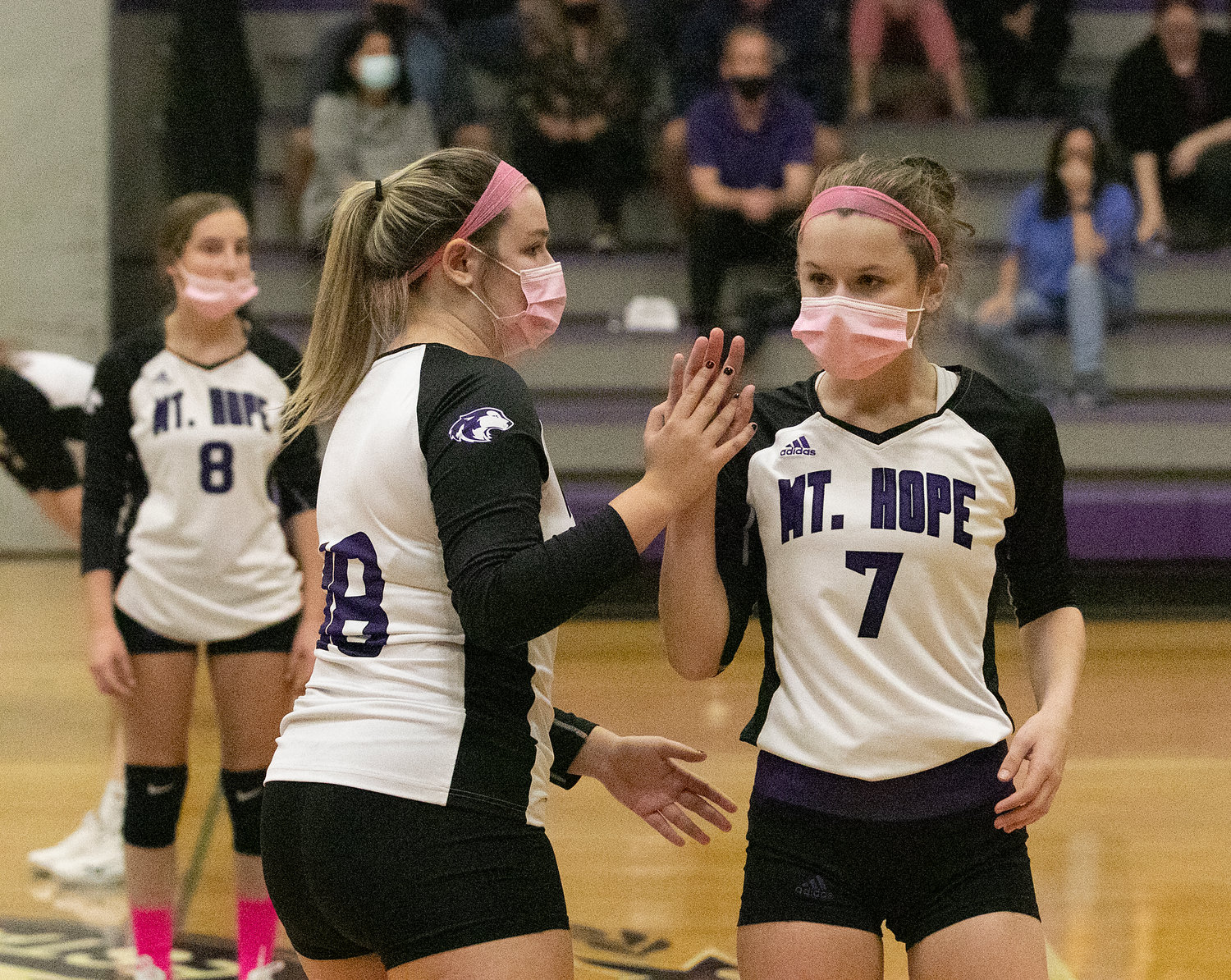 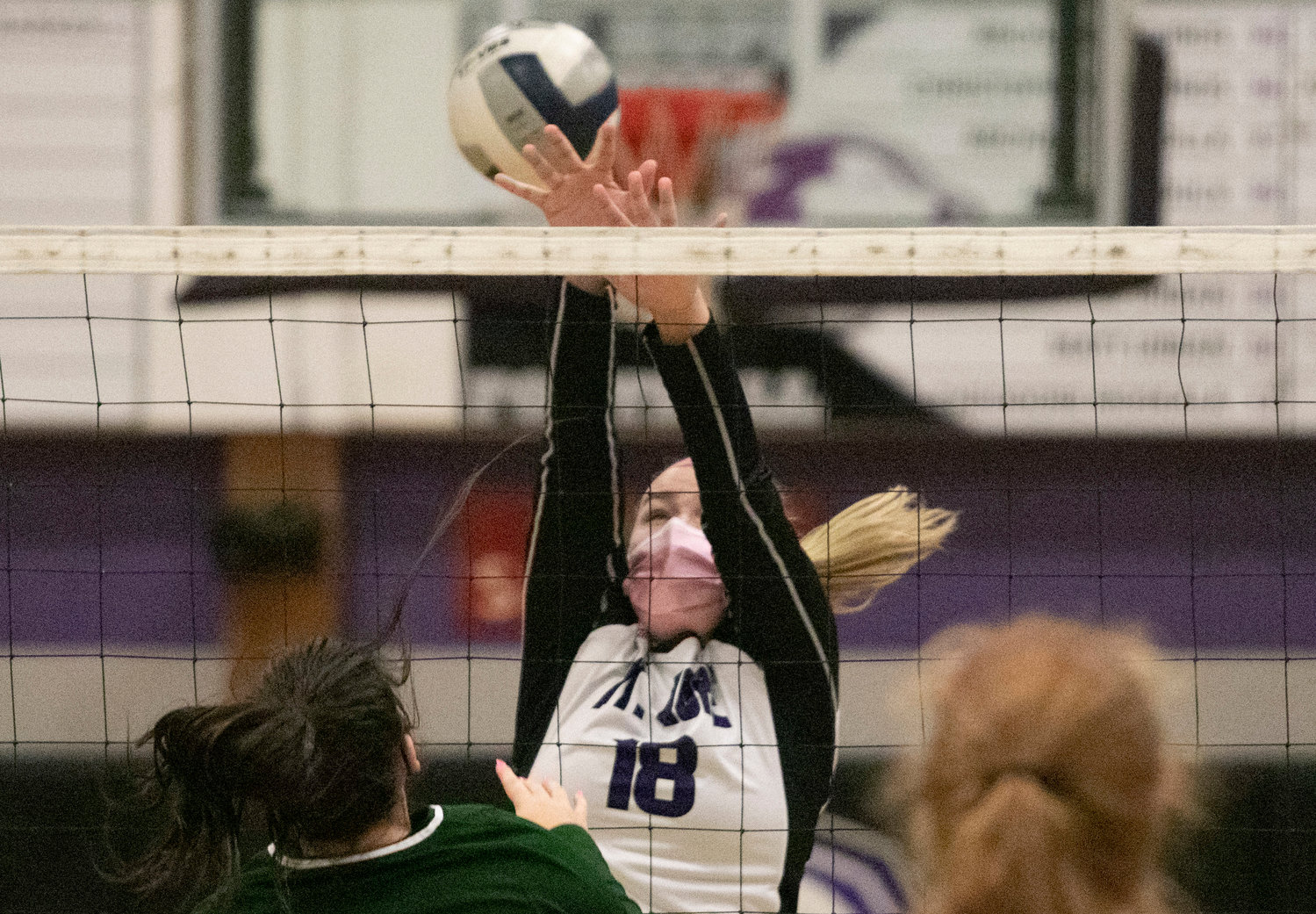 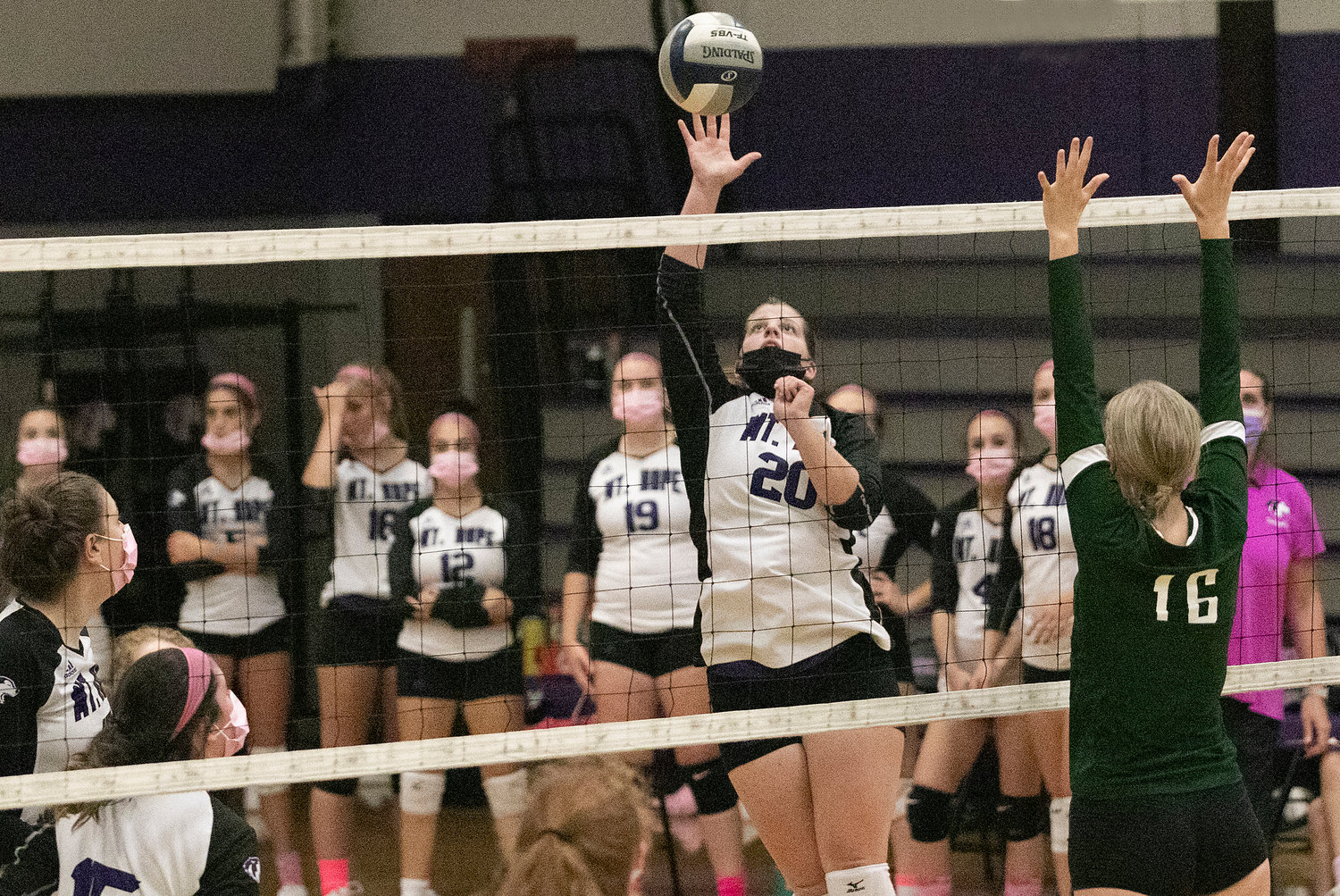 Senior Grace Stephenson slams an Abby Malafronte pass over the net for a Huskies point during a home game against Chariho on Tuesday.
Previous Next
Posted Wednesday, October 13, 2021 2:14 pm
Photos and story by Richard W. Dionne, Jr.

"The girls played great tonight," said Head Coach Lisa Lunney. "They left it all out there the first two games. "

The Huskies still have a chance at the playoffs by winning four of their last eight matches.

"We got this," exclaimed Coach Lunney via text.

Junior libero Erika Tally smashed 10 aces for the Huskies and tallied 17 service points during the game. “Erika played great, exclaimed Huskies head coach Lisa Lunney. “She served lights out and had a pile of aces.”

Team co-captain and setter Sammy Malafronte recorded 5 aces and 13 assists. Junior Emma Torres pitched in with 7 aces and 10 digs during the game.

“We are getting better every game, every volley,” said Coach Lunney.

The Huskies are rebuilding this season and the team has been affected by Covid more this year, than last. Head coach Lisa Lunney admits that the team has big shoes to fill, after losing seniors Izzy Savinon, Hannah Rodrigues, McKenna Reardon and others, that fell to Classical in the Division II semifinals last season in Fall II.

“We did lose a lot of players and that hurts,” Coach Lunney said. “I’ve been forced to mix things up. With quarantines, and sometimes, ‘it’s just not working,’ but we have a super young team.”

Stephenson the team’s best outside hitter, continues to be a force on both offense and defense for the Huskies. The senior tallied 12 kills, 7 aces and 17 digs, during the team’s losses to Chariho last Tuesday, and Classical on Thursday.

“Grace is having an excellent season,” said Coach Lunney. “She hits the ball a ton. That’s what she loves to do, but quite honestly, she is an amazing defensive player. She is one of the best, non-libero, defensive players in all Division II. She is a beast.”

Padula, a senior co-captain, plays middle hitter and was sidelined with an injury last season. “I’m just trying to make up for lost time,” Padula said of this season. She is a solid defensive player who works well with Stephenson at the net.

Gardiner is a hitter as well, while Baldinelli plays in the back row. The rest of the team is a mix of juniors with a few sophomores and freshman sprinkled in. Coach Lunney is still figuring out where her players fit best on the court.

“Coach is being very patient and I think that we make her a little anxious,” said Padula, before the team’s home match against Chariho. “She’s just wanting the six on the court to gel. That’s really what we are working on.”

“This year has been tough,” added Malafronte, a junior co-captain. “We are a young team, but I think that we are finally starting to come together. We are starting to figure out what we need to do as a team to win.”

The Huskies have a core of talented juniors. Malafronte, Torres, Jillian Brown, Erika Tally, along with sophomore, Mia Shaw and freshman, Abby Allen, are players that Coach Lunney has been working into the mix and finding their best positions on the court.

Malafronte is currently playing setter for the Huskies. “It’s a hard position, but everyone is helping me out.”

“She’s our leader on the court,” said Padula of her co-captain. “Sammy takes charge. Keeps our attitudes right. She makes sure that we are communicating and having fun.”

Jillian Brown a tall outside hitter put up big numbers last season and often found herself on the stat sheet. But this year she has struggled to find her rhythm at the net.

“Jillian got used to playing with the seniors last season,” said Coach Lunney. “She’s having a difficult time adjusting with the new team.”

Torres started the season at libero, but Coach Lunney decided to use the 5-foot junior at hitter during the Chariho match and play Tally at libero.

Then there’s 6-foot freshman, Abby Allen, who was brought in due to a shortage of players that had to quarantine. Coach Lunney has been working her into the rotation as a hitter at the net.

“She’s going to be a force,” exclaimed Coach Lunney.

“We are working on finding the right mix,” Coach Lunney said. “But right now they are struggling.

“There is a lot of season left,” she said. “I have lots and lots of high hopes. We are playing one match at a time. Learning from it and moving on. They are a good group of kids that will figure it out. I feel very optimistic about where we are going. And I feel real optimistic about the volleyball program.”