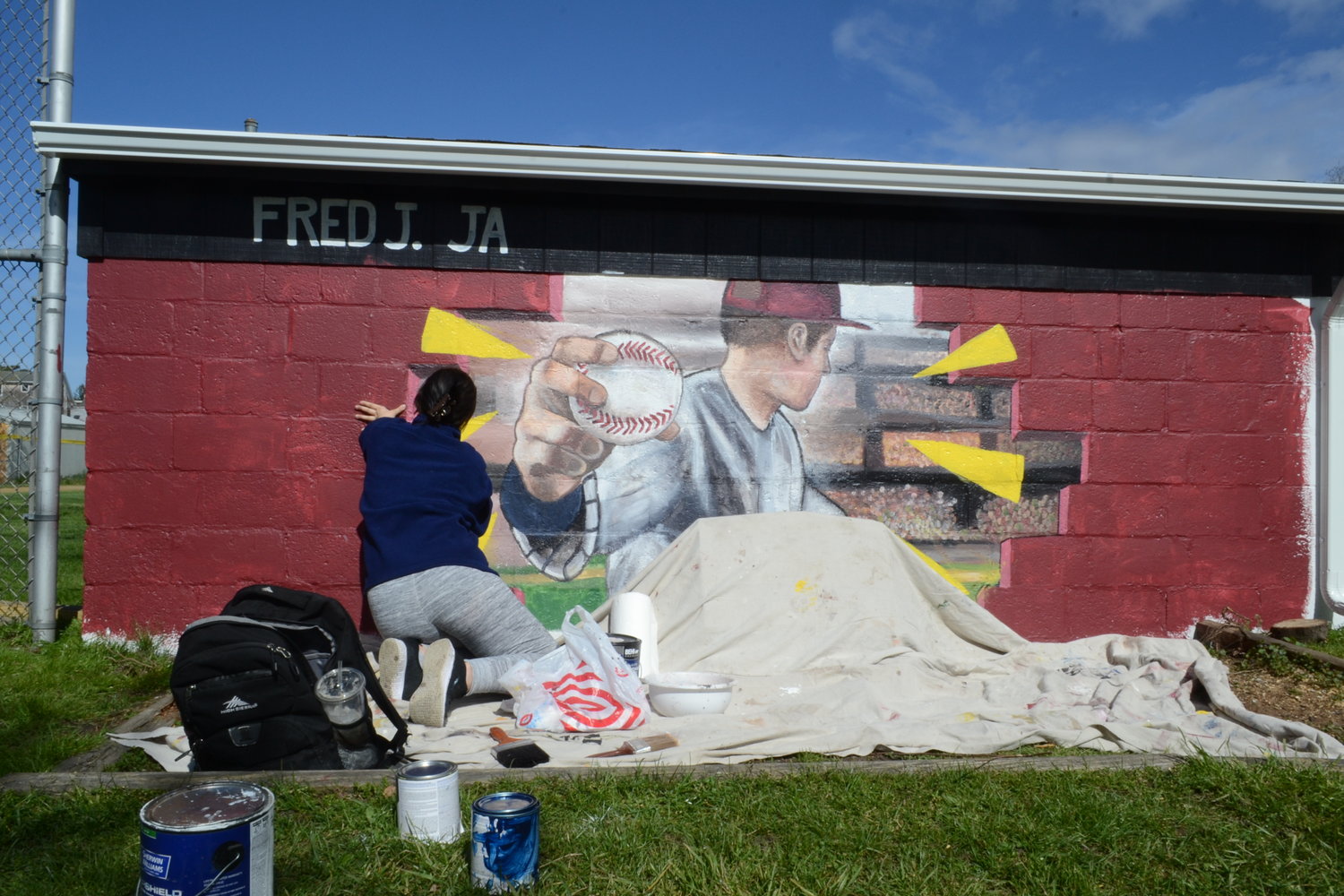 Jordan Scriven works on the mural at Jannito Field on Monday afternoon. She said she would be finished with it by the end of that day.
Ethan Hartley
Posted Thursday, May 12, 2022 12:00 pm

A new mural has been painted on the brick building near the backstop of Jannitto Field on Water Street, depicting a youngster about to hurl a pitch. The fresh art will complement nicely with a freshening up of the field donated in-kind by Pride Painting LLC (a local business). They also provided the paint to complete the mural.

The mural was painted by Jordan Scriven, a 16-year-old Touisset resident and a student at the Jacqueline M. Walsh School for the Performing & Visual Arts in Pawtucket. She was referred to the Warren Arts and Culture Commission by a friend of a friend, she said, and is doing the mural for no charge. She said it is her first such project and said was truly grateful for the opportunity to showcase her skills.

Scriven began by designing the project digitally on a tablet before taking to the bricks, and said she began painting it last month, working on it here and there when she had the opportunity.

A Fast Eddie Fourth in Westport