On July 5, 1983, fresh off an Associates degree, Janet Phillips started her career with the Bristol Police Department as the Confidential Secretary to the Chief. On July 27, 2022, she retired, after 39 years. 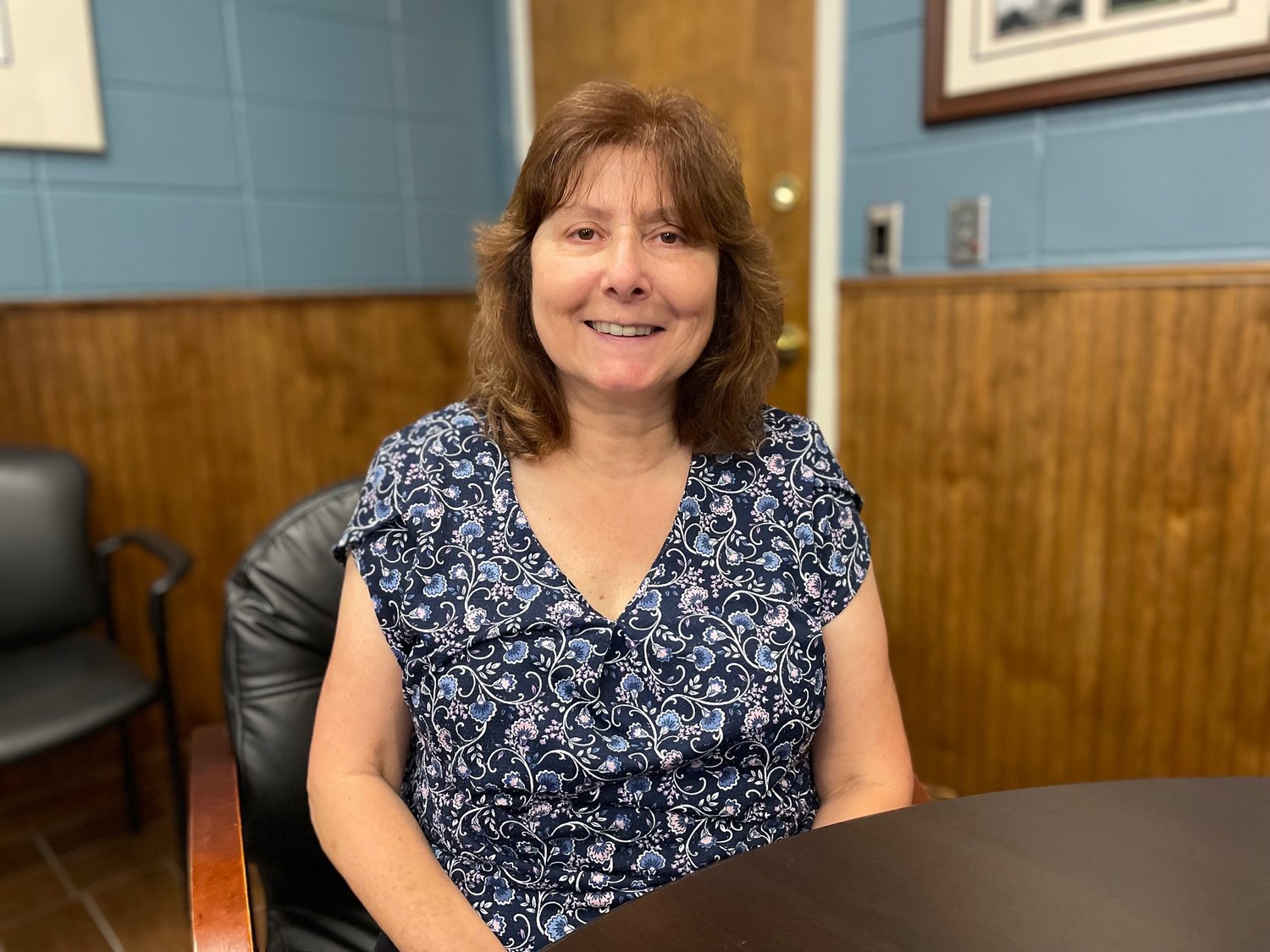 Janet Phillips takes a break from cleaning out her desk at the Bristol Police Department after 39 years of dedicated service to the community.
Posted Friday, August 5, 2022 10:00 am
By Christy Nadalin

On July 5, 1983, fresh off an Associates degree, Janet Phillips started her career with the Bristol Police Department as the Confidential Secretary to the Chief.

On July 27, 2022, she retired, after 39 years. In that time she worked for 10 Chiefs (including interims) and saw the job expanded to be the top administrator for the entire department.

“They were all different to work for,” she said of the various chiefs she has worked with. “You have to adapt to each one.” She admitted the easiest transitions were also two of the longest-serving chiefs, Rusty Serpa and Josh Canario. “They were hired from within, so that made the transition a lot easier since I already knew them prior to them becoming Chief.”

She also met her husband James Phillips, a now-retired member of the force, on the job. They will be celebrating their 20th anniversary on Aug. 24.

It’s no accident that her retirement day, July 27, was also her birthday. Changes to the state pension requirements some nine years ago put that eagerly awaited date on hold. July 27 was the birthday that, according to the new regulations, made Phillips eligible for her retirement benefits. “I was so close,” she said. “I was about 15 months away from retirement when that happened.”

She’s there now — and the first thing she’s going to do? Just decompress and get her own house in order, while looking forward to spending quality time with her husband, family and friends.

“Janet is going to be very difficult to replace,” said Chief Lynch . “She served every chief with integrity. She comes in early, and I have never seen her leave this place until after four o'clock. She has an outstanding work ethic and values and she is going to be sorely missed here.”