Budget goes up for approval, as does a question about the Carmelite monastery building

Taxpayers will face a number of questions when they show up for the financial town meeting on Wednesday night, May 25.

The meeting, set for the high school auditorium at 7 p.m., will include …

Budget goes up for approval, as does a question about the Carmelite monastery building 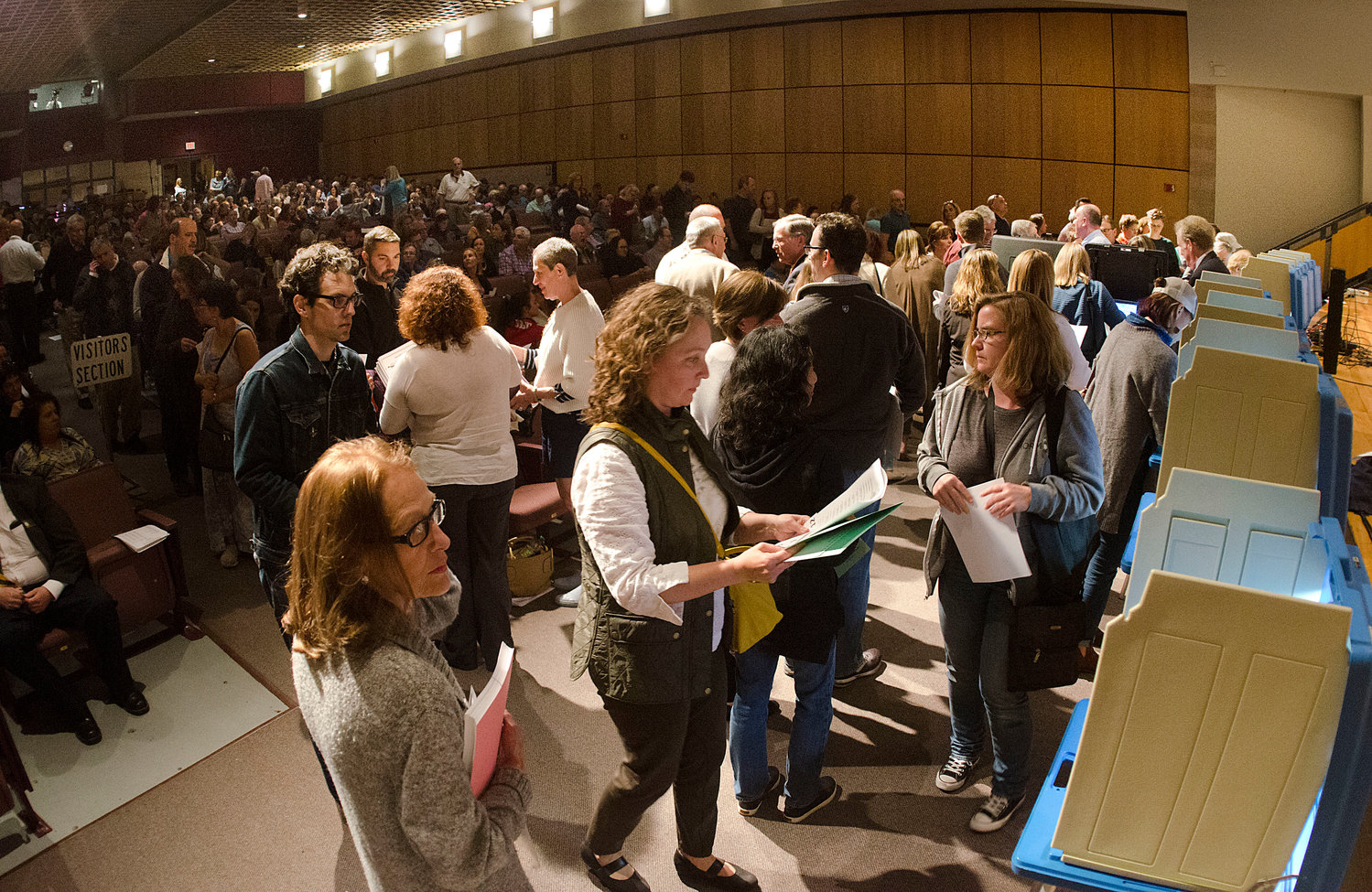 • 3 percent salary increases, and $15 per hour minimum wage for all Barrington employees

Taxpayers will face a number of questions when they show up for the financial town meeting on Wednesday night, May 25.

The meeting, set for the high school auditorium at 7 p.m., will include more than a half-dozen resolutions and at least four amendments — those on file were submitted well in advance of the FTM as is required, although residents are allowed to propose amendments of $50,000 or less during the night of the meeting.

Following are the four pre-filed amendments:

• William Frazier Bell, of Alfred Drown Road, filed an amendment to increase the school operating budget by $118,994. “This amount represents the salary and benefits for an additional eighth grade math teacher as listed in the school operating budget approved by the school committee and removed by the Committee on Appropriations. Funding this position will help to alleviate teacher burden and prepare eighth-graders for the rigors of high school mathematics.”

• Thomas “TR” Rimoshytus, of Howard Street, filed an amendment to increase the police department budget by $47,774 and the employee benefits by $31,193, for a total increase of $78,967. “This would allow the police department to fund a new employee for the entire fiscal year, since the position is half-funded in the budget. This would allow the department to promote a lieutenant to properly overlook the new body camera systems and replace him with a new officer…”

• Charles Van Sluyter, an Adelaide Avenue resident who serves as the interim president of the Friends of the Library, filed an amendment to put $6,000 into the Barrington Public Library’s capital budget. “The funds are needed to complete air conditioning in the remaining workspace of the library. The space is used daily by Friends volunteers to prepare thousands of donated books for sale to fund the library’s programs and services that others might not be possible. The failure to air condition this remaining space was simply an unfortunate oversight in the Peck Center Renovation planning process.”

There is also a resolution regarding the future use of the Barrington Middle School bond surplus, which totals about $4 million. Town officials need permission from taxpayers to use the money for anything other than the middle school project. The town manager has said there is a plan to use the construction surplus to make improvements to roads and sidewalks in town.

Officials are expecting a lot of interest in a resolution focused on the former Carmelite Monastery property. The town is seeking permission from taxpayers to allow for the possibility of demolishing the monastery building. Some residents are opposing the resolution, including a group of more than 50 who signed a letter to the editor this week.

Barrington school officials proposed a $3.096 million increase for the nearly $60 million operating budget, but the COA has recommended a smaller increase — $2,555,595.

School officials have stated that most of the school budget increase will be funded by an increase in state aid.

The Committee on Appropriations is recommending a 5 percent increase to the proposed municipal budget.

Barrington Town Manager Phil Hervey initially proposed a 5.41 percent increase (or $1,008,029) to the municipal operating budget — the increase was expected to cover salary raises for union and non-union employees alike, including a $15 per hour minimum wage for all hourly employees.

In early April, the COA voted to recommend a slightly lesser increase of 5.01 percent (or $937,958) for the municipal budget. That shift could result in the delayed addition of the new police lieutenant position.

A Fast Eddie Fourth in Westport