‘What we’re looking at here is the future,’ adds candidate

PORTSMOUTH — Curious onlookers — including some local political candidates — got a glimpse into the future Monday morning along Park Avenune.

In order to bring the …

‘What we’re looking at here is the future,’ adds candidate

Curious onlookers — including some candidates running for office — gather at the Island Park seawall along Park Avenue to inspect the five-foot “King Tide” that occurred Monday morning. Town planners say the condition will occur much more often by 2035/2040 — on nearly a third of the days of the year.
Jim McGaw 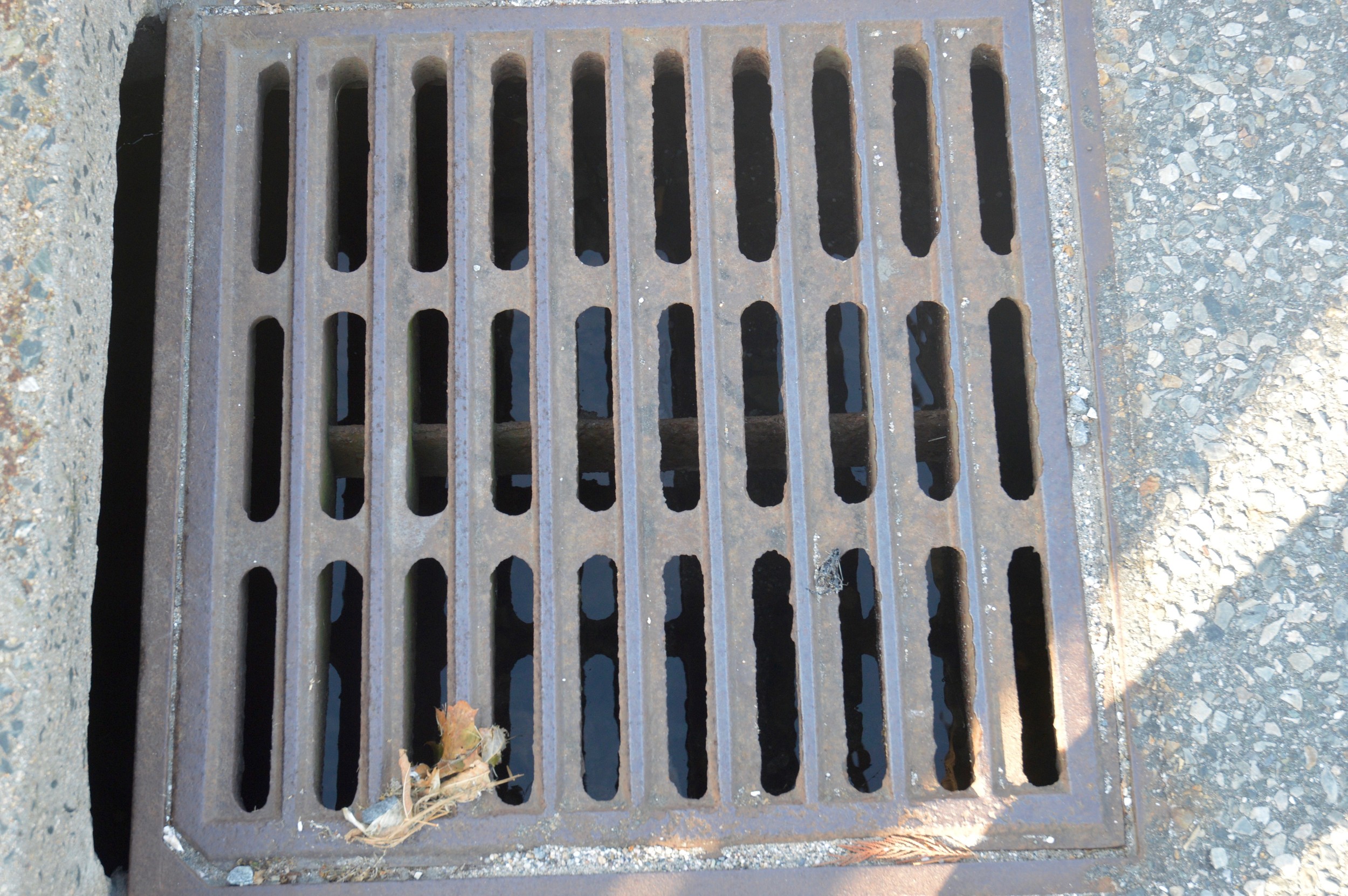 A storm drain next to the seawall on Park Avenue is full of water during the “King Tide” Monday morning.
Jim McGaw 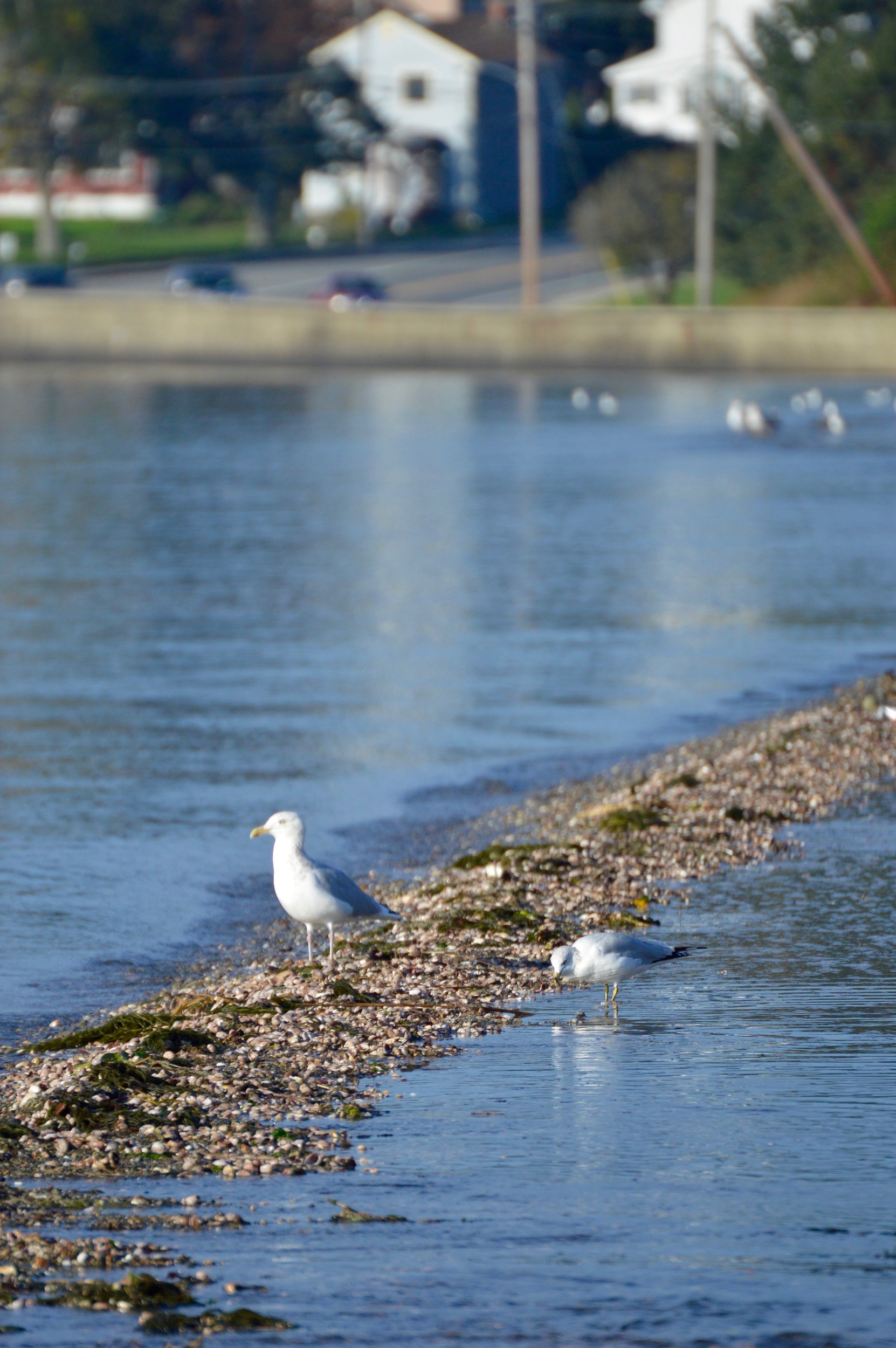 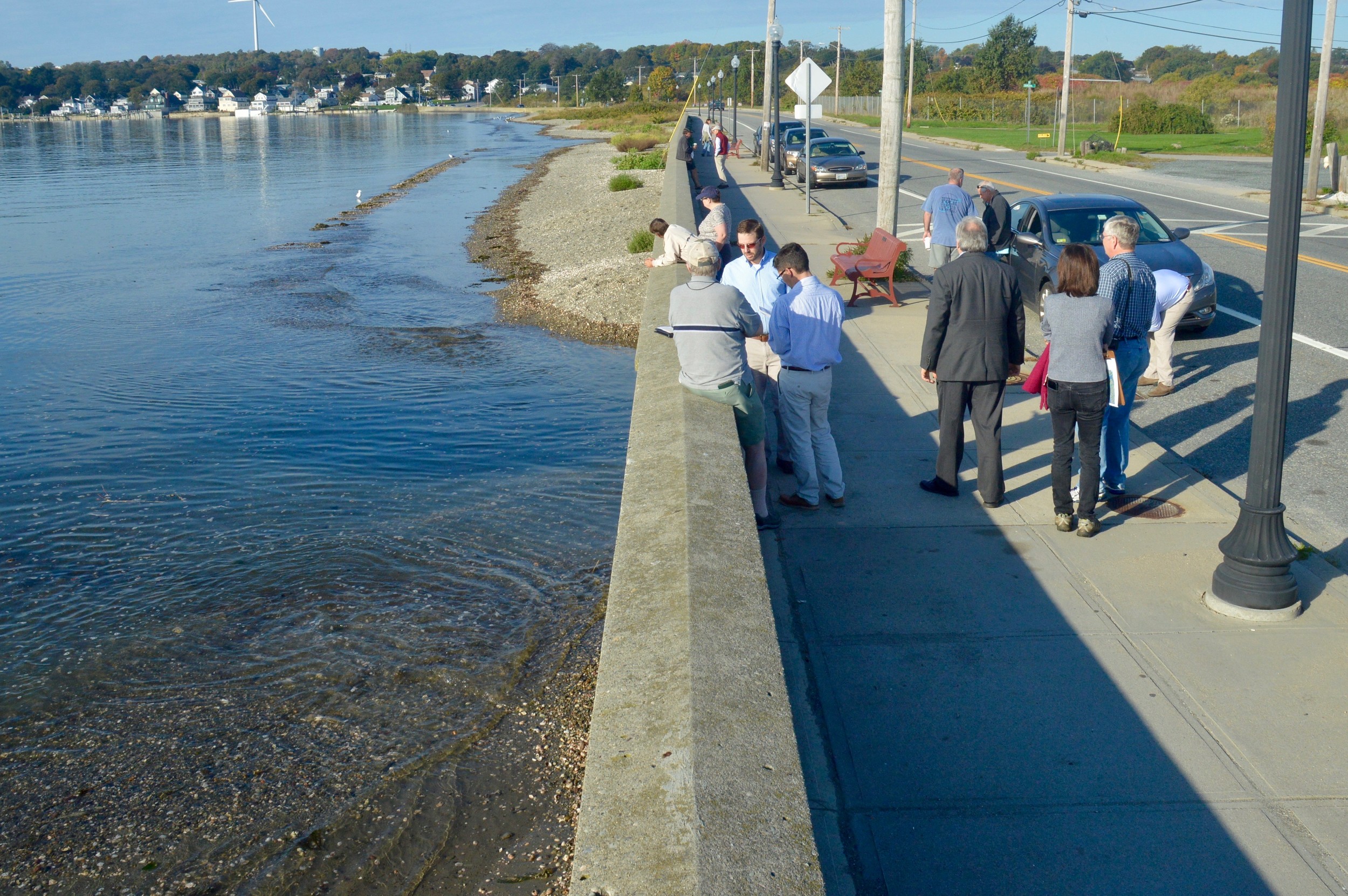 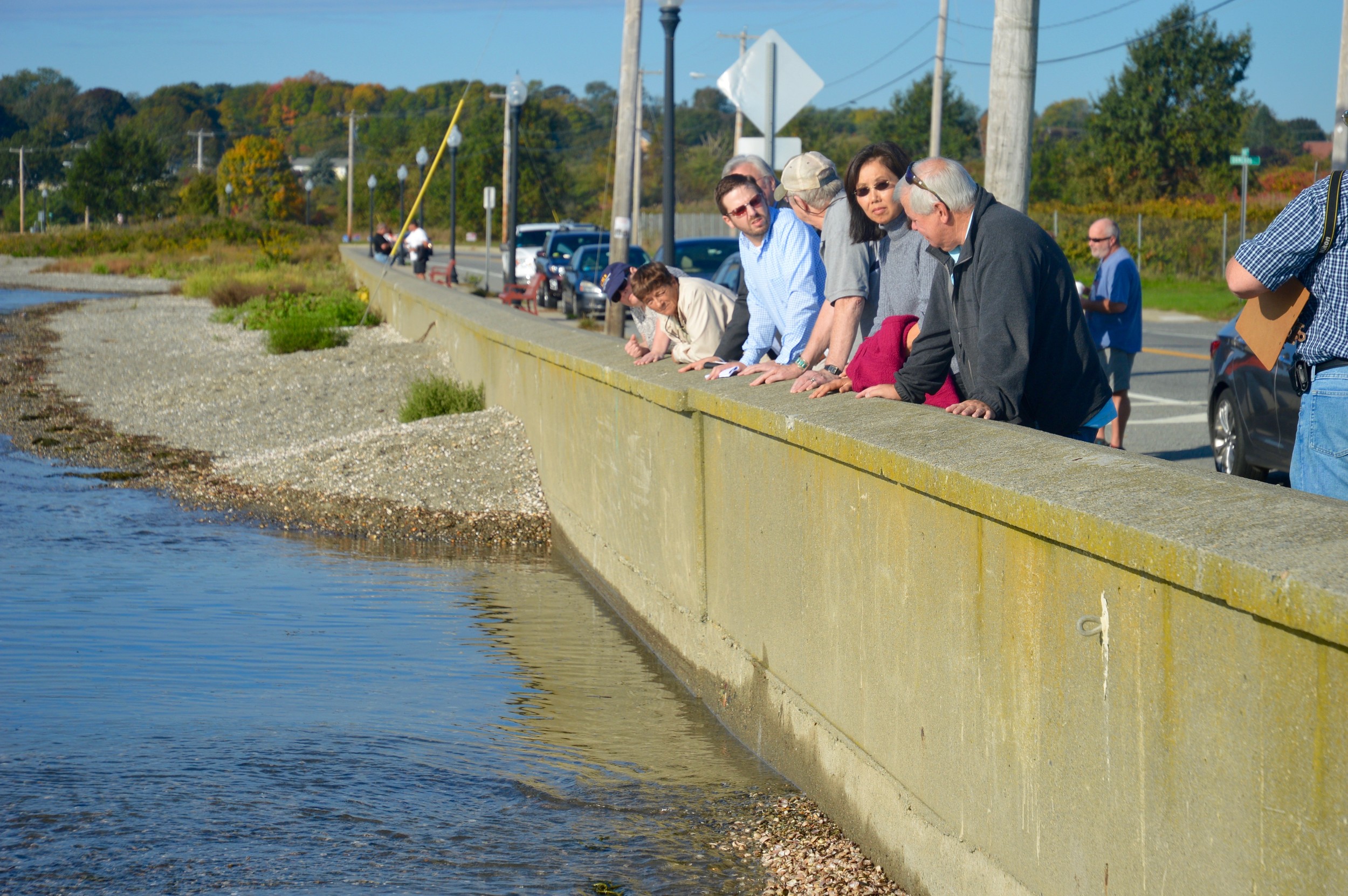 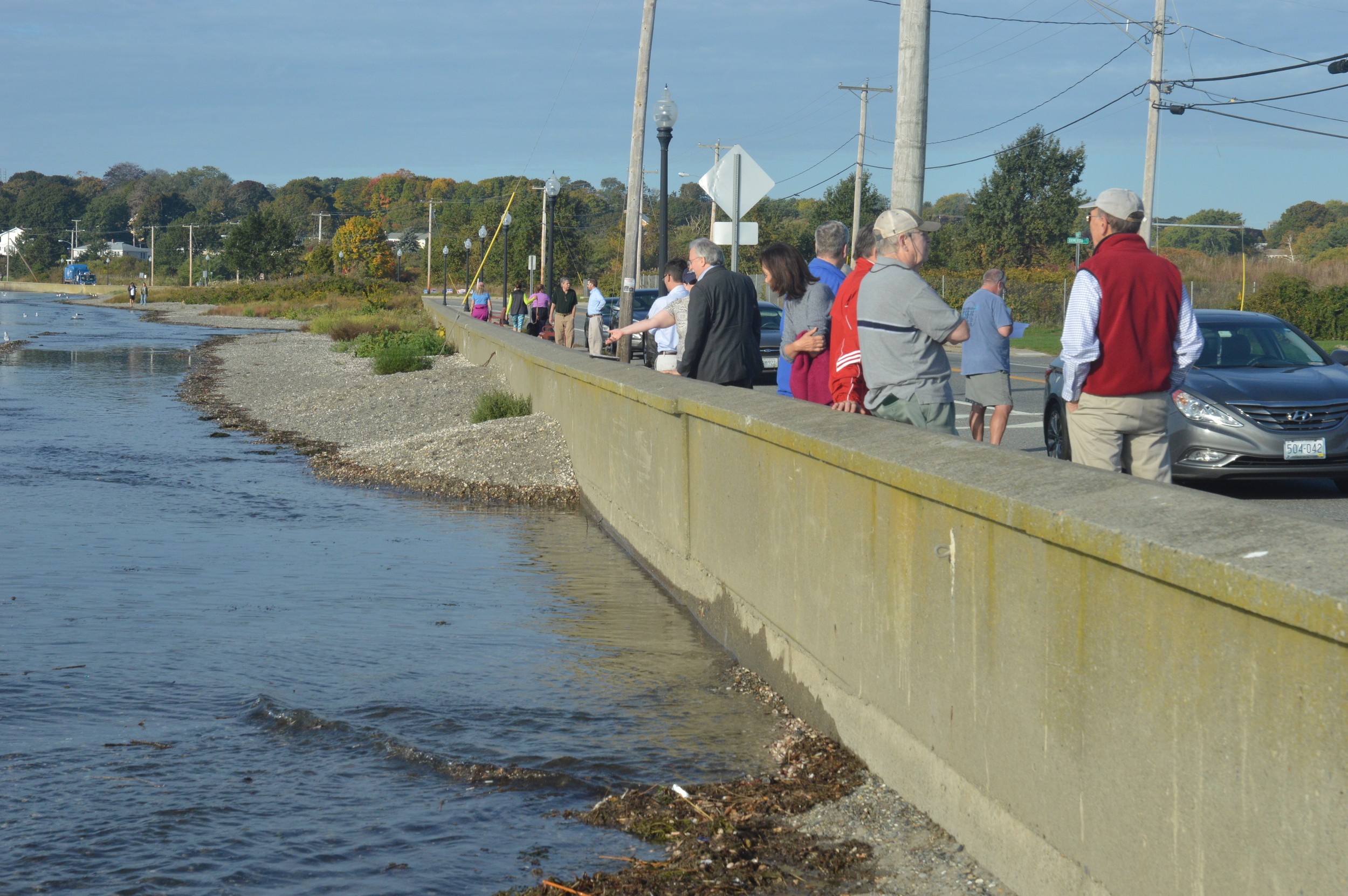 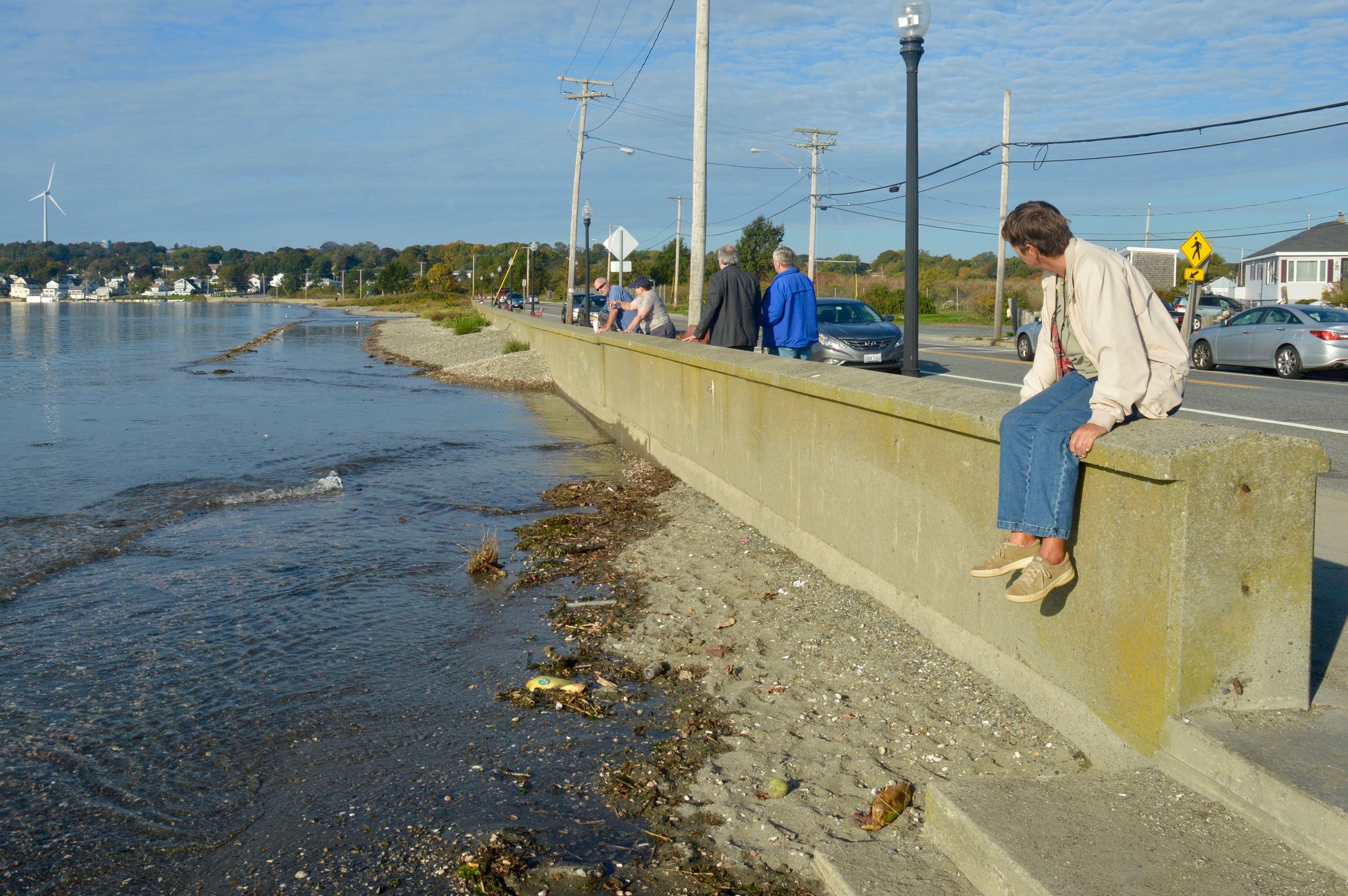 From an emergency management standpoint, this concerns us because what you see right here, at this level, would take about 14 inches of wave action to come right through that opening and flood Park Avenue.”
John King, director of Portsmouth Emergency Management Agency
Jim McGaw

PORTSMOUTH — Curious onlookers — including some local political candidates — got a glimpse into the future Monday morning along Park Avenune.

In order to bring the issue of sea level rise to the forefront, the town’s Planning Department invited interested parties to view a rare “King Tide,” which occurred just before 9 a.m. along the Island Park seawall, across from Flo’s Clam Shack. The five-foot high tide takes place only three times annually, but it served to mimic what climate change scientists say will happen here nearly a third of the days of the year by 2035 or 2040.

“This will be the first area that’s impacted by sea level rise,” said Mike Asciola, assistant planner, explaining why this particular area concerns town officials most. “We have two outfalls right out into the Sakonnet. As you can see, we’re right at the edge of where we’d start to flow back into the street and this is one of our most densely populated neighborhoods in town." The main access in and out, he believes, "would be inundated" within 30 to 35 years, for about a third of the day.

Monday’s “King Tide” would be similar to a normal high tide after 2035, he said. “We’ve been on a rate of 1.2 inches (of sea level rise) per decade, but those numbers, with the temperature rising and water expanding, it’s likely to be exacerbated,” said Mr. Asciola.

As he spoke, Mr. Aschiola stood near a storm drain that was full of water. “If there was any precipitation or a storm surge coming in, the stormwater wouldn’t be able to exit out,” he said.

Also attending the viewing was John King, director of the Portsmouth Emergency Management Agency, who pointed to a small opening in the seawall.

“From an emergency management standpoint, this concerns us because what you see right here, at this level, would take about 14 inches of wave action to come right through that opening and flood Park Avenue,” Mr. King said. “If we’re going to anticipate this increasing over the years, we have to seriously start planning for that eventuality. We’re working on that with the town planner (Gary Crosby) right now. He’s looking down the road, 25, 50 years, to map out our plans.”

Mr. King said some people probably aren’t convinced of the problem because the “King Tide” may not appear to be too dramatic. But looks are deceiving, he said.

“I was talking to Bob (Hamilton), who’s lived here all his life and asked him what his observations were, and it’s deceiving because the water used to come up this high in, say, 50 years ago,” Mr. King said. “But, the level of this sand is about three or feet higher than it was back then. At the opening there where the steps are, apparently there are four or five steps that are under the sand that you can’t see.

"This has built up over time so that the level of the water is obviously higher than it ever was. I think that may fool people into believing we don’t have much of a problem here, but obviously we do. All you have to do is take a look at that opening and see where the water is.”

Mr. McDaid’s family has lived on Gormley Avenue since the 1920s. His mother escaped safely from the home during the 1938 Hurricane, he said, but many others were not so fortunate.

“What we’re looking at here is the future,” said Mr. McDaid. “When we’re looking at a King Tide right now, we’re looking at now what NOAA (National Oceanic and Atmospheric Administration) says is going to be your sea level — mean high water — in 2035. That means in 2035, you’re going have this water at the top of the storm drain, which is going to prevent drainage on Park Avenue. So that is going to be a situation that is dangerous, that presents issues with the residents, for school buses, for everyone who lives here in Island Park.”

He added that what onlookers were seeing is just “a taste of what’s to come.” By 2050, he said, NOAA is projecting sea level rises of up to two feet. By 2065? Three feet.

“That’s going to put water over the road and into our neighborhoods. This is a real issue we need to get in front of now,” said Mr. McDaid, adding that the town needs to plan “on what we can do with Park Avenue and these drainage systems to keep this neighborhood livable for folks.”

Asked for a comment following the Democrats’ brief presentation, Ms. Staven quipped, “I didn’t know this was going to be a political affair, I really didn’t.”

“For every scientist who says it exists, there’s another scientist who says it doesn’t,” she said. “So, I think they need to quit fighting and put all their efforts and money that’s being spent together and figure it out. We are losing the ice caps and as far as this being a manmade phenomenon, I’m not saying it can’t happen because we’ve done that in the past — we polluted Lake Michigan, we had a river that caught on fire in Pennsylvania and next is going to be space junk. So I’m not saying it doesn’t exist or can’t exist, but I wish they’d make up their minds for sure and take it from there.”

Mr. Katzman, who’s also the chairman of the Portsmouth Democratic Committee, made no apologies for his party calling attention to the issue only three weeks before the election.

“We felt it important,” he said. “There are individuals who are advocating that the Planning Board not include sea level rise — even the words — in the Comprehensive Community Plan currently under review. I think it’s important for the people of Portsmouth to know that the Democratic Party slate … recognizes sea level rise as a present issue facing Island Park and other low-lying areas. Yes, it’s a political issue.”

Little Compton letter writer publishes book from the 'Back 40'